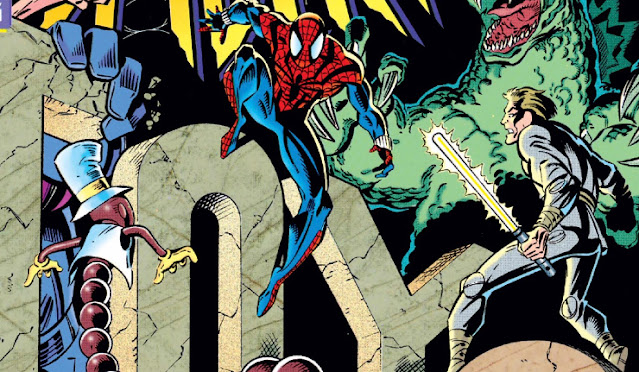 Spider-Man wakes up in a giant bug jar which is in a giant room with a giant kid. The whole thing is insane. Once Spider-Man escapes the jar, he's quickly attacked by toys come to life.

You could tell quickly artist Mark Bagley had a lot of fun drawing these other characters that aren't owned by Marvel. On the cover alone you can recognize Godzilla, Luke Skywalker, the Xenomorph from Aliens, a Ninja Turtle, an evil Woody, Gumby with boxing gloves, and Stretch Armstrong. This issue is littered with non-Marvel IP. 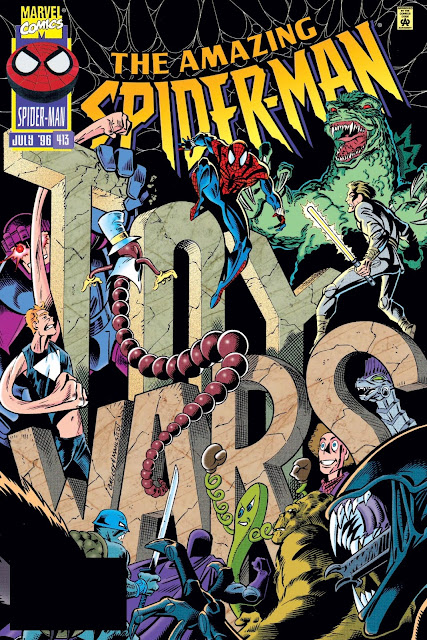 The good news is that we drop the pretense of who's to behind all of this. Spidey pretty quickly guesses Mysterio is the villain. He's half-right. There is also Armada, who seems to be sporting a new armor since Spider-Man previously destroyed the last one.

While Armada isn't an interesting character in of himself, his dynamic with Mysterio is fun. Mysterio wants to draw out Spider-Man's death in a long, melodramatic fashion, whereas Armada just wants to shoot Spidey in the head. 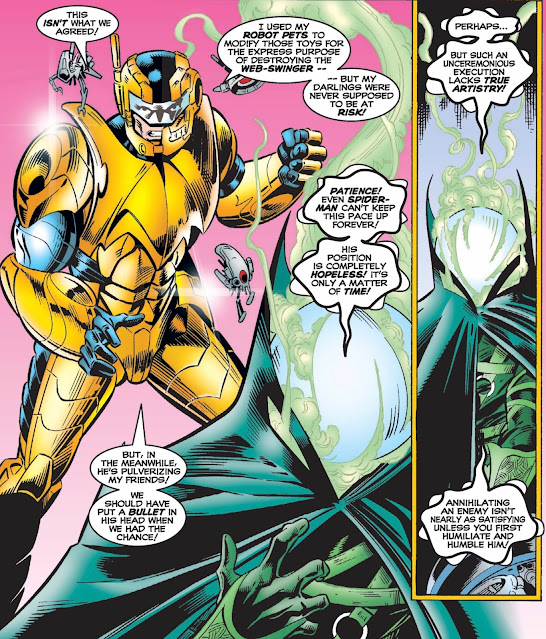 Also Armada's one weird quirk is his unhealthy love for his robot drones. According to him, the drones have personality, but I wish that the drones actually had some actual AI personality. That would've made Armada a little more believable and tragic when Spider-Man does destroy the robots. Instead, he's treated like a loon who has a weird fixation on these inanimate objects.

Interestingly, Mysterio also has a modified look. He has his outfit from "Media Blizzard" but he ditched the smokey green head for his more traditional fishbowl look. Amusingly, Bagley draws the fishbowl with green smoke seeping from underneath it. I like to think that Mysterio just plopped a fishbowl on top of his still-smoking head.

Anyways, when Armada sees Spider-Man smashing up his beloved robot army, he snaps and attacks Spidey head-on. But Armada is a pretty big noob, because Spider-Man flies him directly into his computer consoles, thus destroying the robot toy controls and incapacitating him.

Mysterio tries to escape in the mists, but Spider-Man runs in and wildly punches his head off. Oh no! Spider-Man accidentally murdered Mysterio! Just kidding, it was a Mysterio robot. 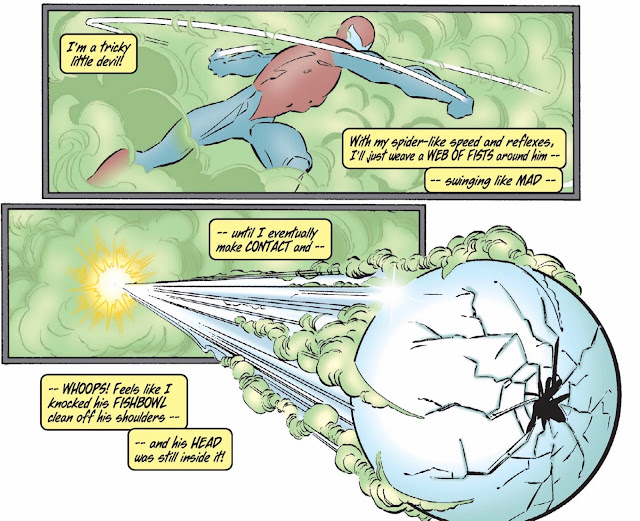 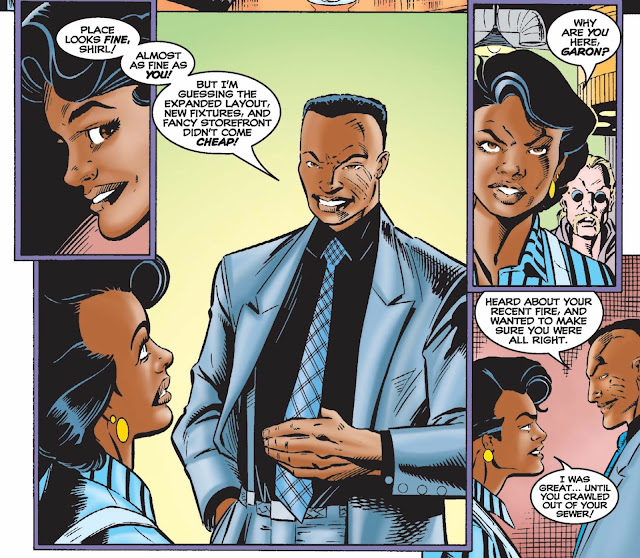 Also, we see Peter Parker moving his stuff in Aunt May's old home. I wonder what happened the house between the period she died and now? We only saw it a handful of times, but it looked like it was in pristine condition.

Anyhoo, Peter is casually unpacking some dishes when he's attacked by a massive migraine. Mary Jane asks if he's okay, which Peter stupidly lies and says he's fine. C'mon, man. You're not Spider-Man anymore, there's no good reason to keep these kinds of secrets from your pregnant wife. 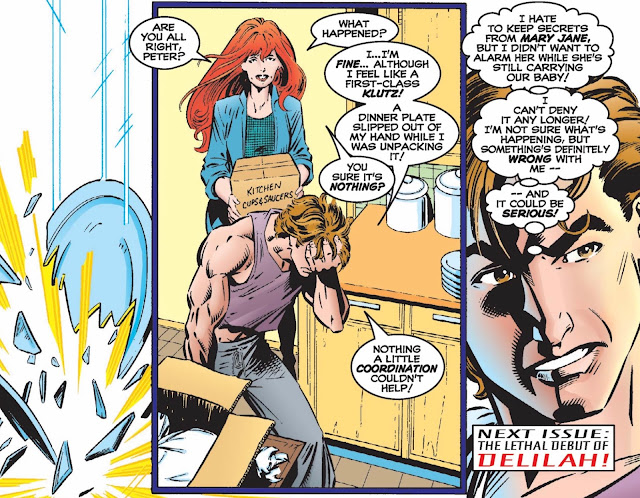 This is a fun, harmless story. The superheroics was resolved a little too quickly, but fortunately there are these subplots that are more interesting. This is a perfectly perfunctory issue. 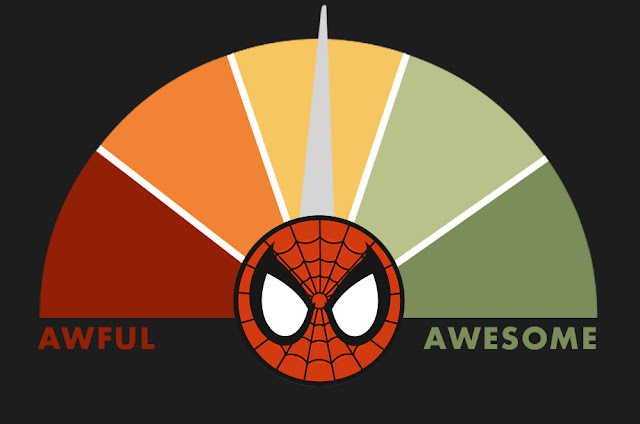