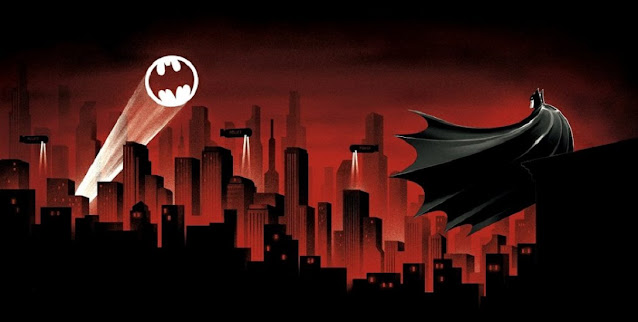 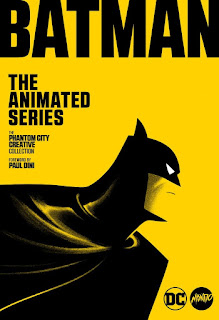 It’s no secret that I absolutely love everything that Insight Editions produce. Not just their Batman, or comics related material… everything. I’m also a huge fan of Mondo, the creative wonders who gift the world with posters, limited edition vinyl, and many other wondrous pieces of artistic gorgeousness. As you can imagine, when I got the press release announcing Batman: The Animated Series – The Phantom City Creative Collection, I thought that all my Christmases had come at once.

This book is absolutely beautiful.

Phantom City Creative’s Justin Erickson is one super talented dude. His eye, his gift for design, and his evident love for Batman: The Animated Series shines through on every single piece of heart-stoppingly gorgeous art in this incredible collection. My wife, my son, and every family member I’ve handed this book to (sorry… not sorry) has gasped on virtually every single turn of the page.

I mean, look at this stuff! 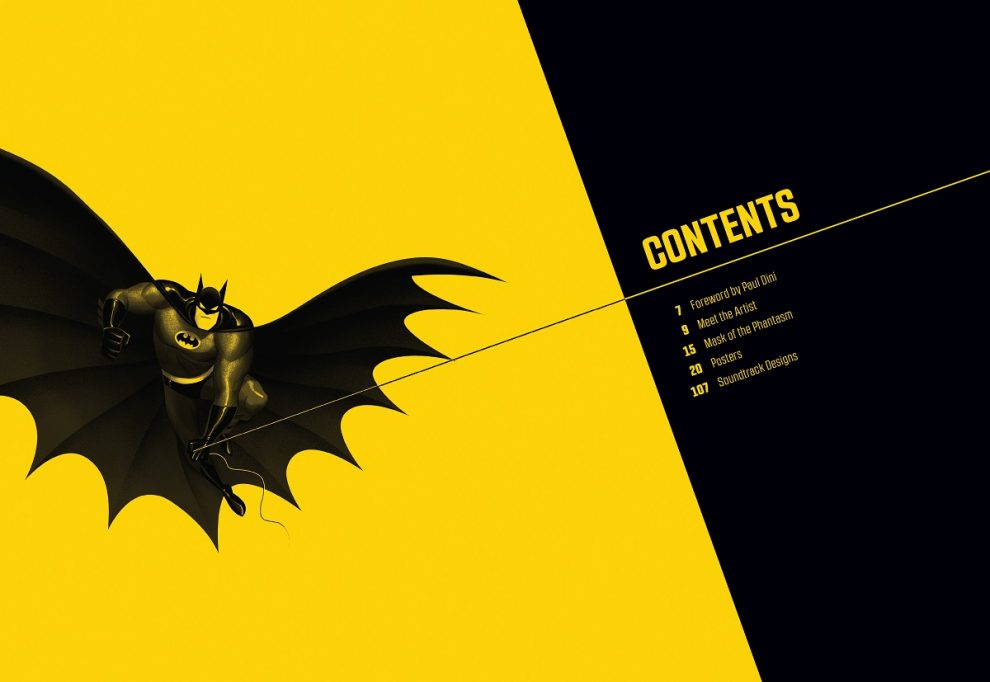 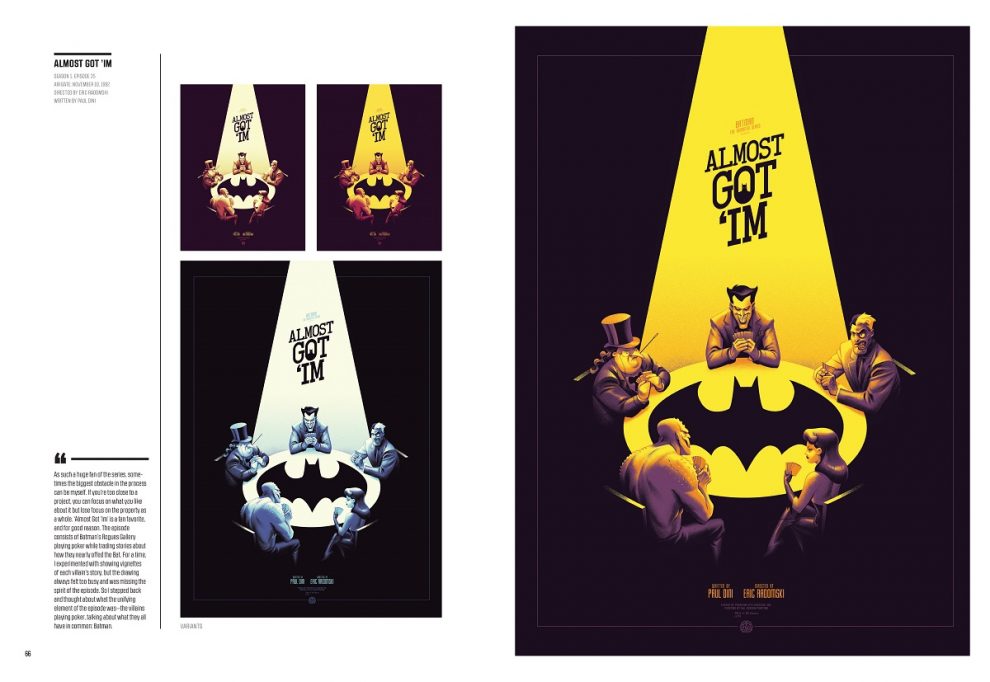 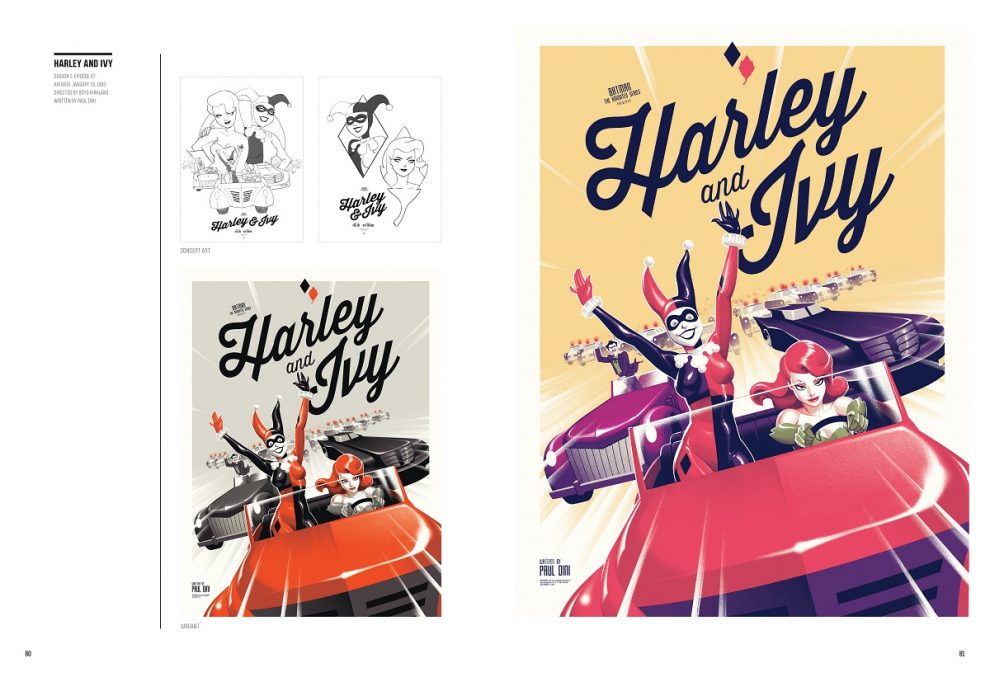 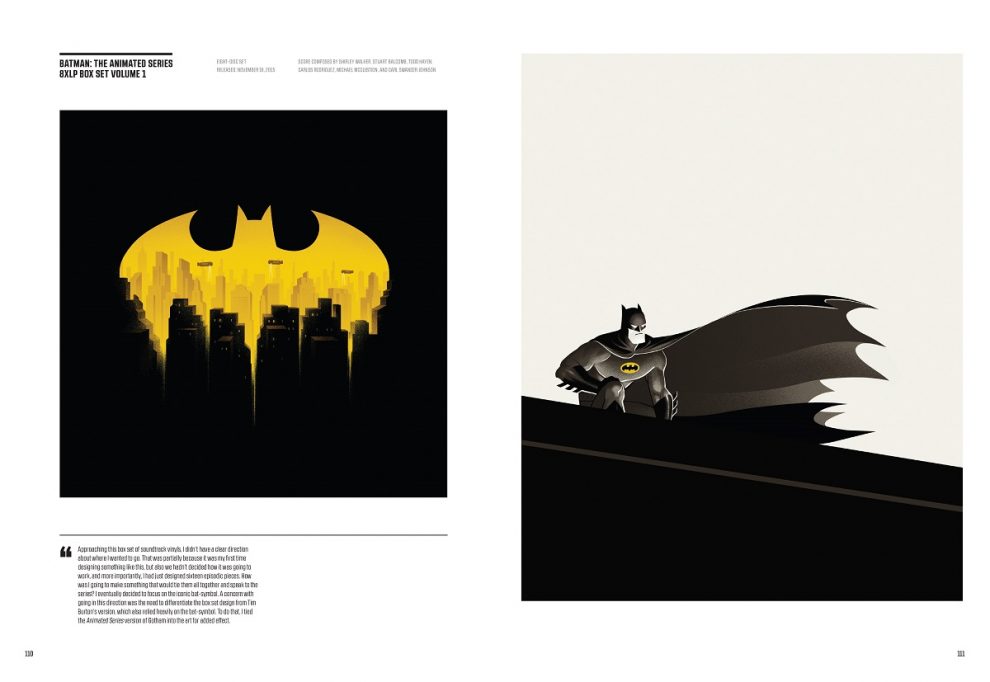 Not only has Justin managed to perfectly capture the look, feel, and atmosphere of the TV show that inspired his work, he has elevated it to fine art. His use of light, color, his art deco/pulp-noir/blockbuster movie sensibilities make these pieces worthy of any gallery (something that’s actually happened), and essential additions to the walls of any bat-fan’s home, office, school, or locker.

In some posters he captures the essence of entire episodes, while in others he cuts straight to the important heart of the tale. The glorious synchronicity of the book being released at a time when my son and I are making a weekly retrospective podcast celebrating every episode of Batman: TAS, has only added to my love of the show. The best part is that this love is clearly shared by Mr Erickson. 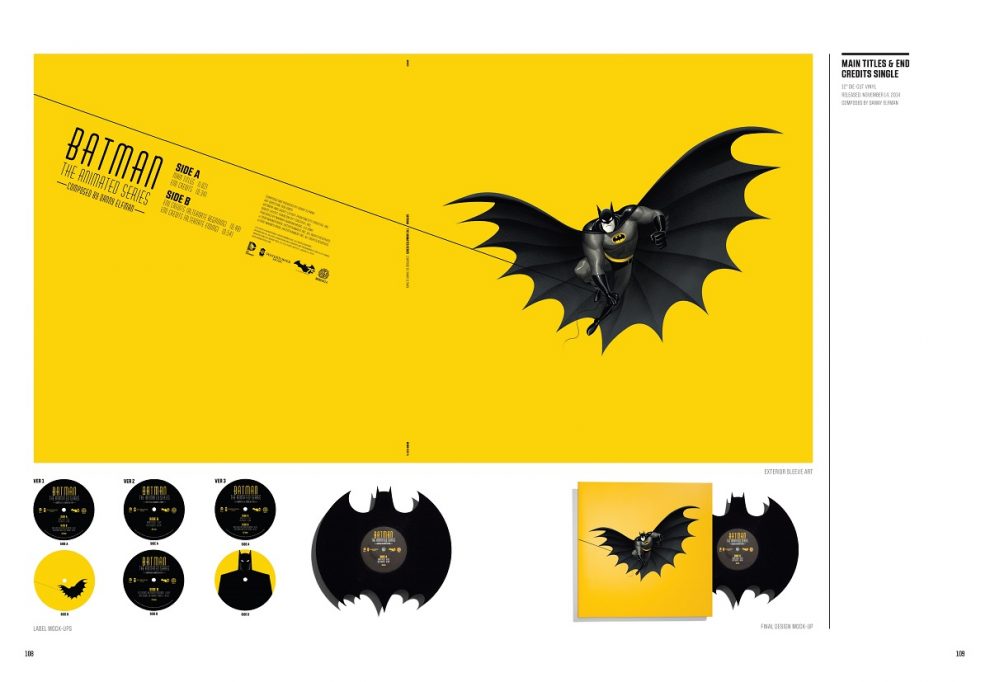 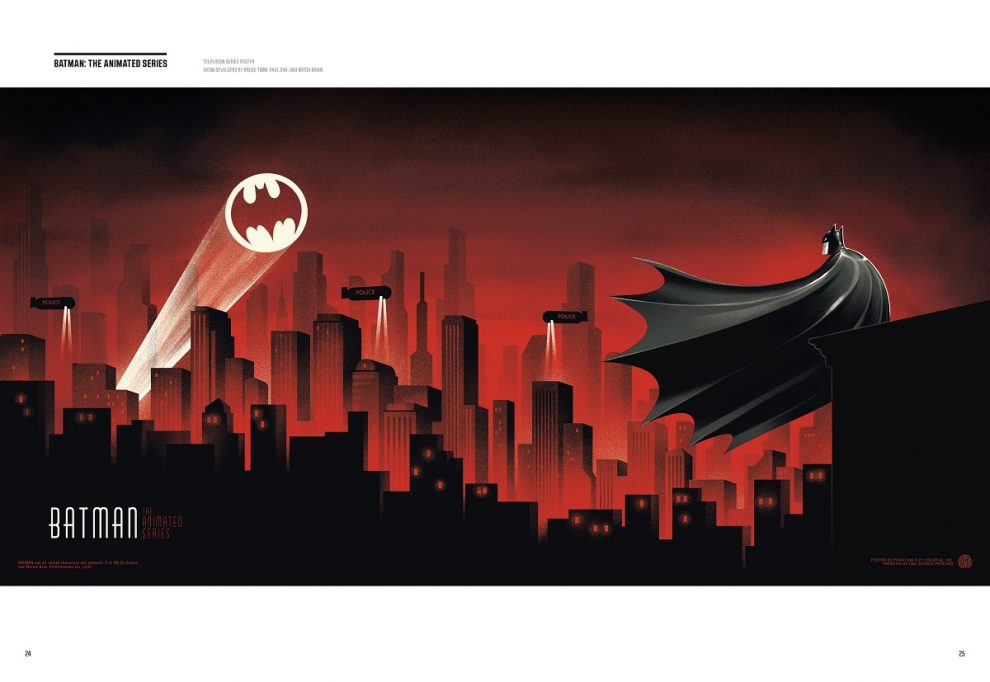 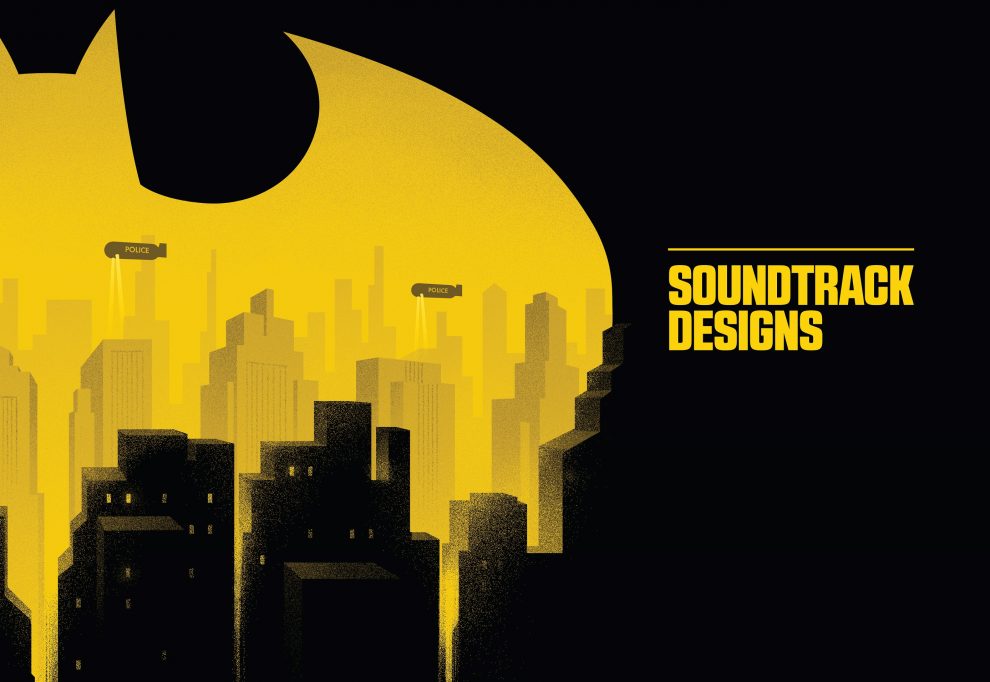 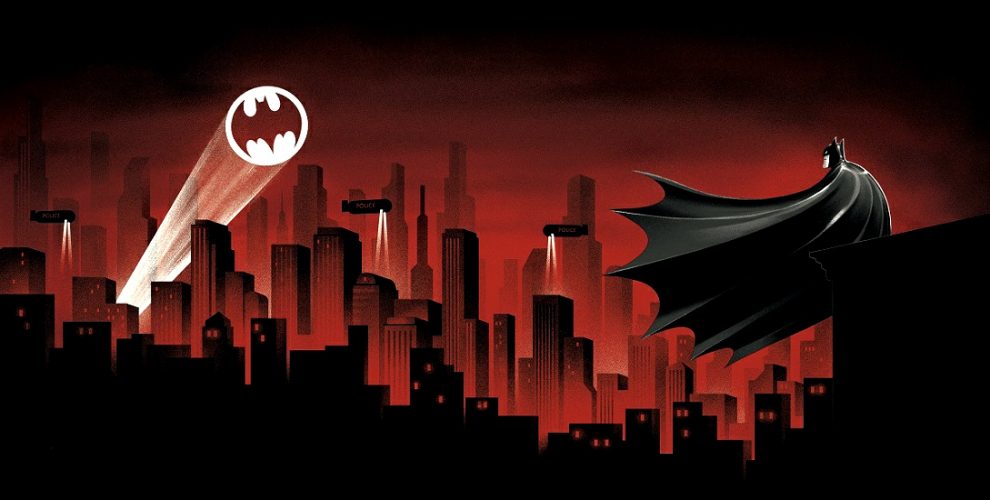 A Message From The Creator

Paul Dini, one of the masterminds behind Batman: The Animated Series, had this to say in his intro to the book:

Justin Erickson. This skilled and highly intuitive artist, has added a terrific addendum to the now-classic Warner Bros. series. Justin pays respect to the dark deco look of the show, even as he reinvents it. Erickson’s posters for “Beware The Grey Ghost” and “The Demon’s Quest” are faithful but distinct interpretations of the sort of theatrical one-sheets that might accompany multipart 1940s movie serials.

My favorite Dini quote from his foreword reads:

(Erickson’s) “Christmas With The Joker” nod to Bing Crosby’s White Christmas album is a wink, by way of a poke in the eye

Now, who could argue with that? 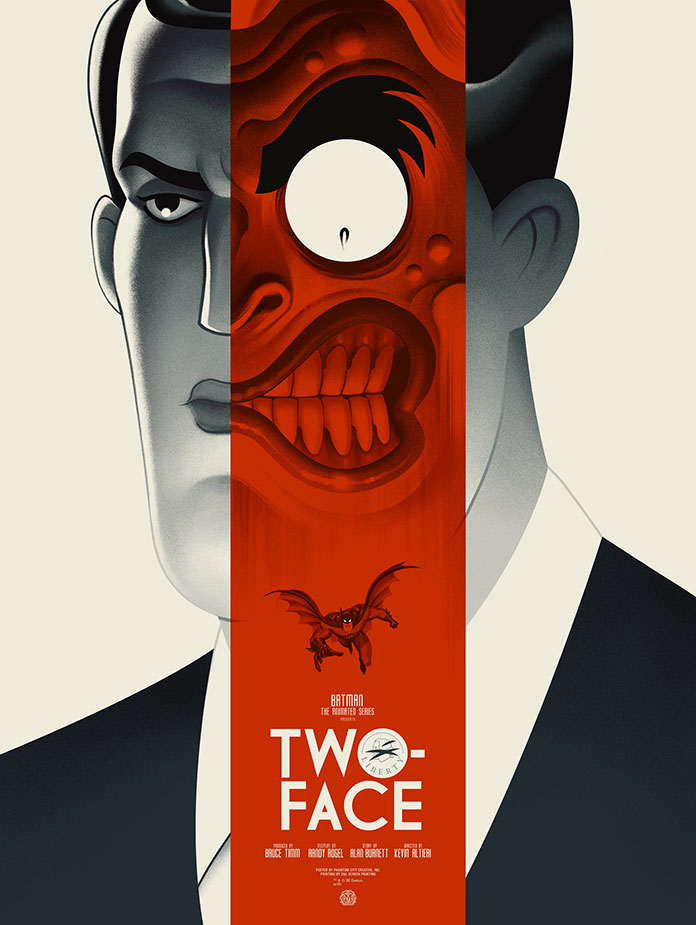 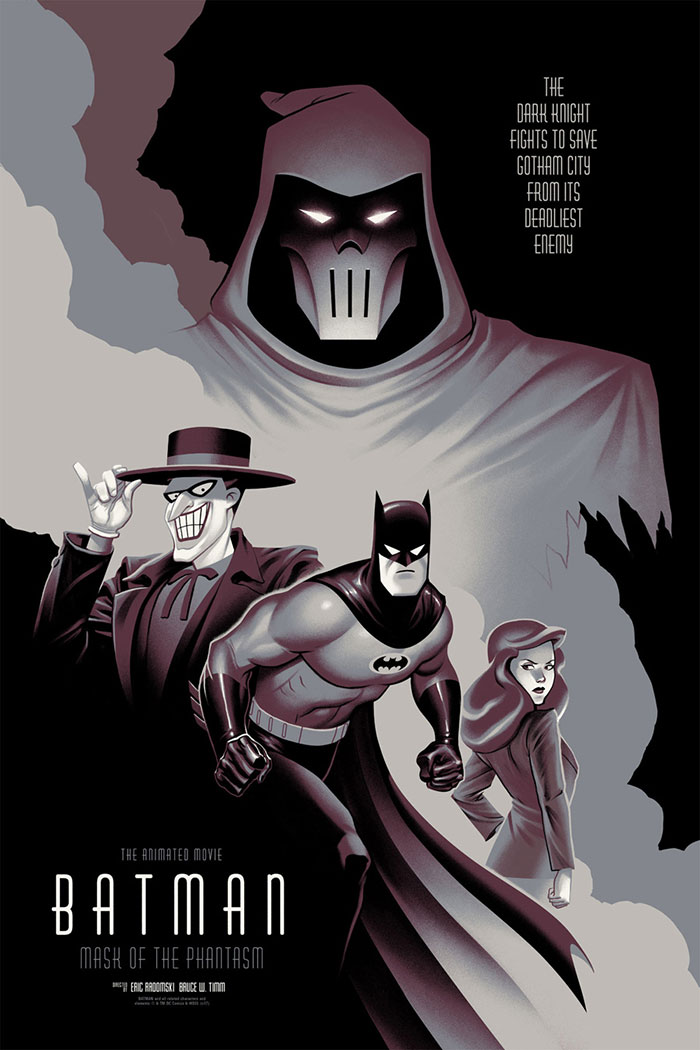 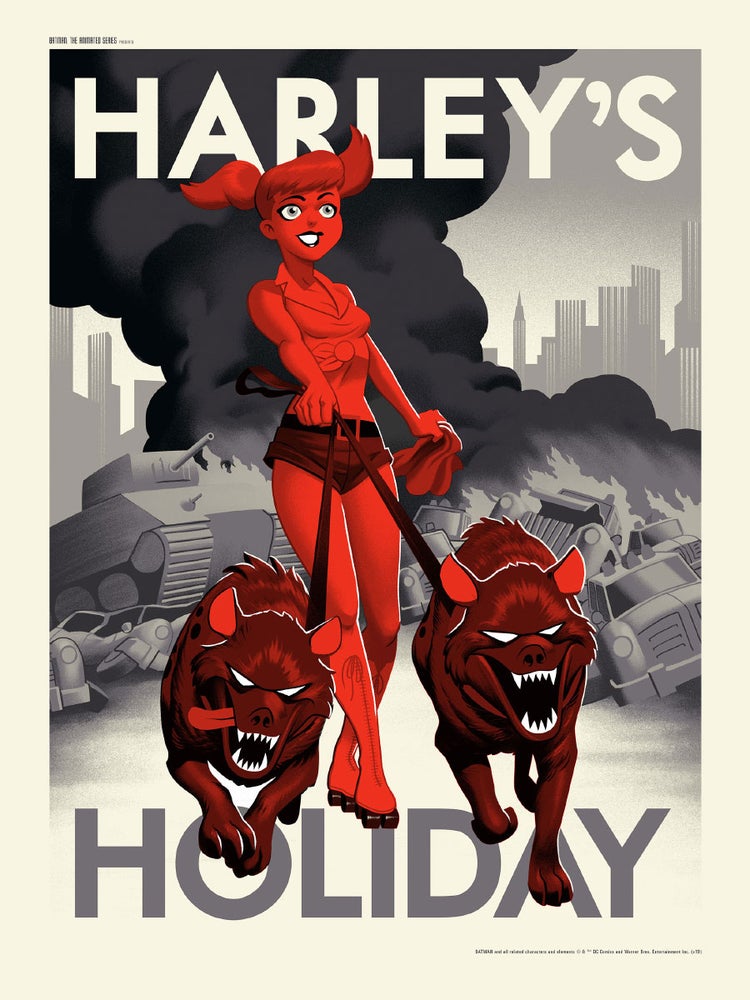 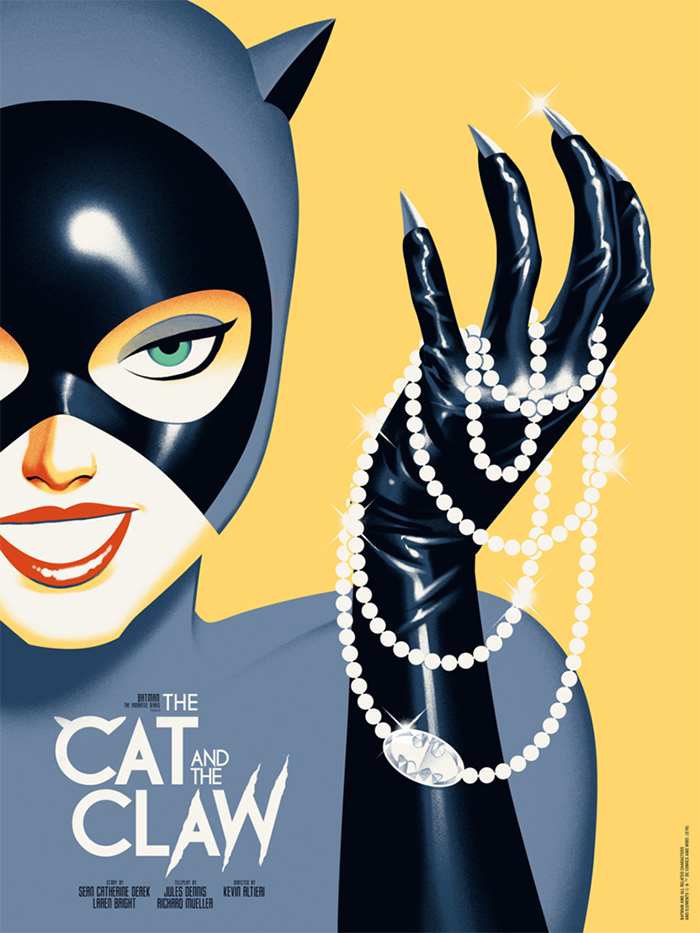 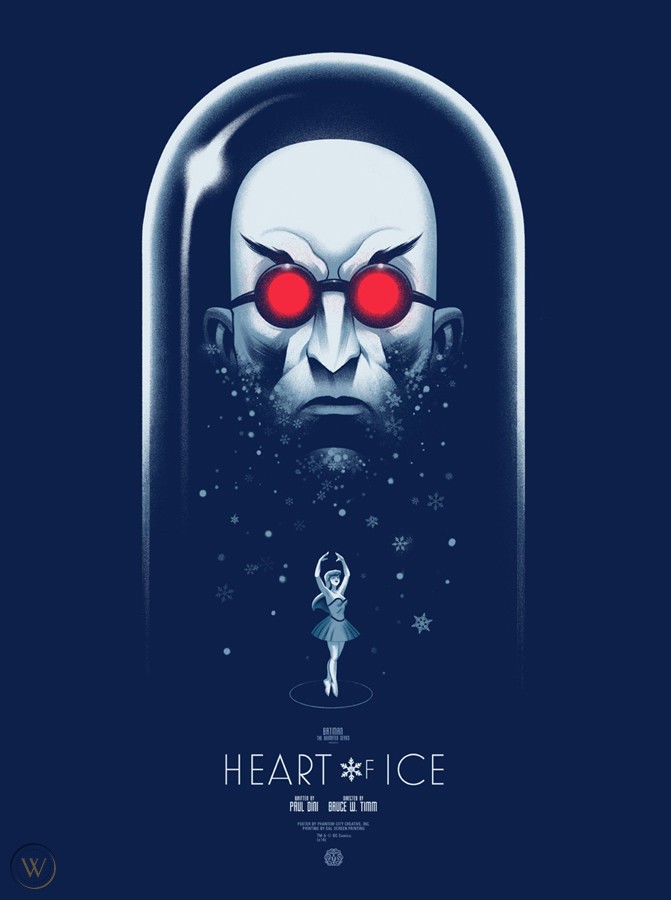 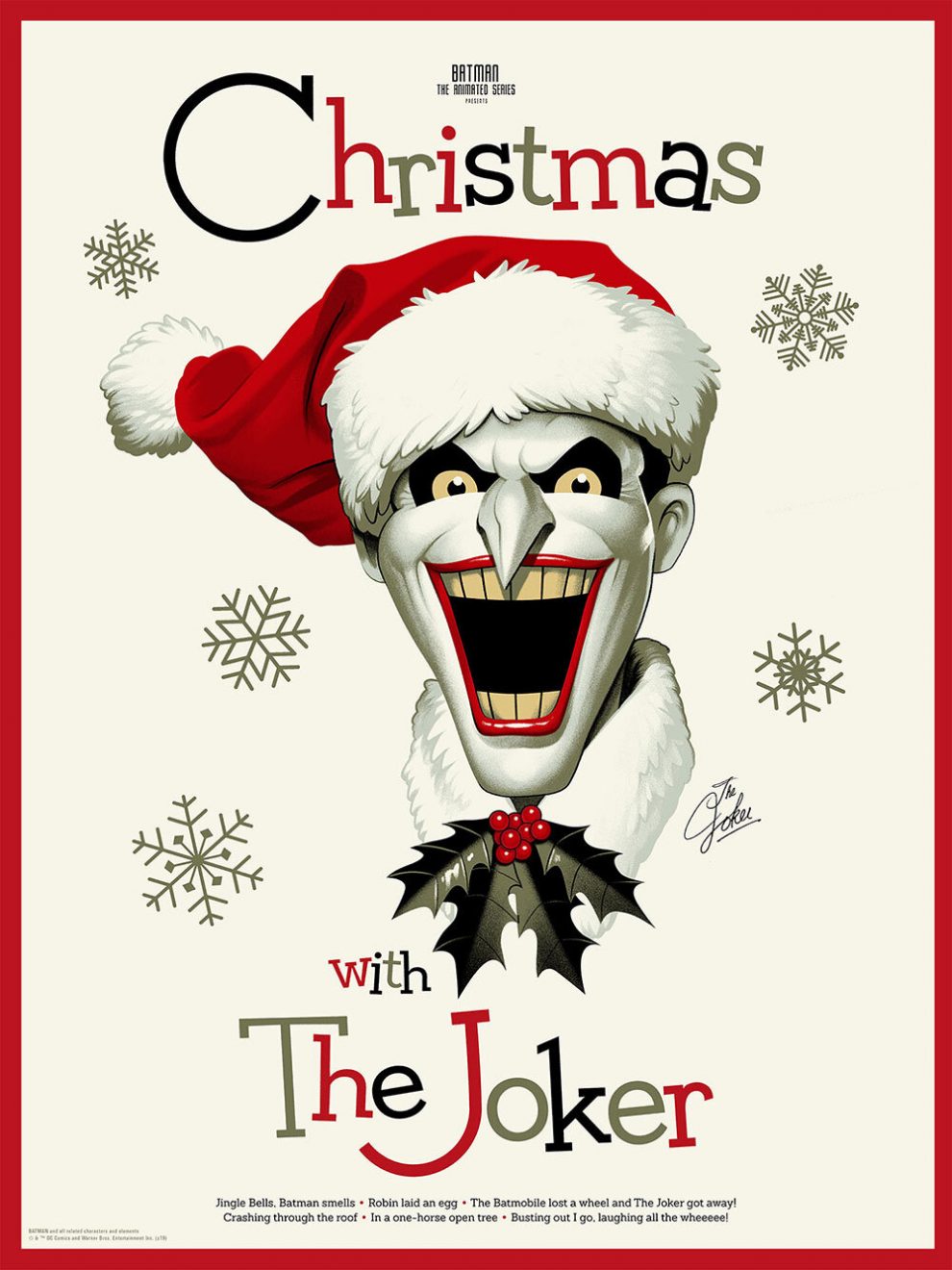 Art From The Heart

Batman: The Animated Series – The Phantom City Creative Collection doesn’t just present the finished posters… oh, no. Readers are also treated to sketches, glimpses of the works in progress, and even takes with alternative color schemes. All of this adds up to the book being so much more than just a collection of published works.

The interview with Justin Erickson, included at the front of the volume, is also extremely enlightening. I could seriously become friends with any man who says that Tim Burton’s Batman ’89 is what first got him back into the character, but who also states:

Once I saw The Animated Series though, it became my favorite version of Batman. It still is. It has the best of anything related to Batman, from the best Batcave to the best Joker.

Many would agree, wholeheartedly.

This book is a must buy: If you love Batman, if you love great art, if you want a conversation starter, or even if you just want to look at something gorgeous. Fans of Batman: The Animated Series will feel surges of nostalgia at every page turn, and I’m sure that many will be reaching for their B:TAS DVDs, Blurays, or Batman Adventures comics. Heck, I sure was!

Is this book cheap? No, it isn’t. Is it worth every penny? You bet your bat-butts, it is.

Get it, devour it, love it. It’s wonderful.

Images Courtesy of Insight Editions and Mondo. Special thanks to Eric Chang