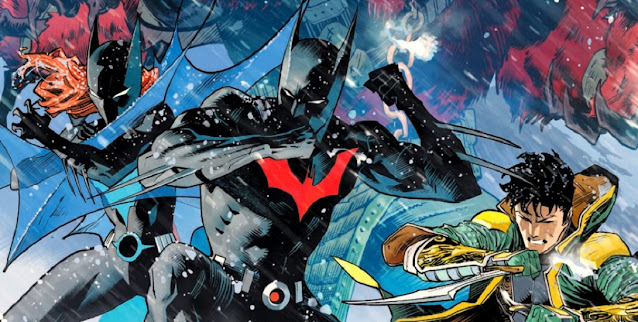 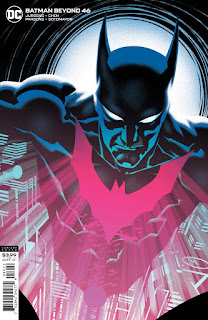 Things are truly apocalyptic in Batman Beyond #46. The plans of this future League of Assassins have come to fruition, and the promise that they can’t be stopped in the last issue seem all the more real here. On two fronts, we see the team in the cave overcome by harsh winds. The heroes charge in with zeal, but in any case, all seems deliciously dire for our Bat Family.

DC Comics has always been known for comics with an intensely science fiction tone; one of their main characters, and earth’s greatest hero, is an alien, the Justice League has been operating in a satellite base that has artificial gravity, and battles against cosmic beings are always easy to get to, because someone will definitely let you ride shotgun in their spaceship. It’s cosmic by nature. 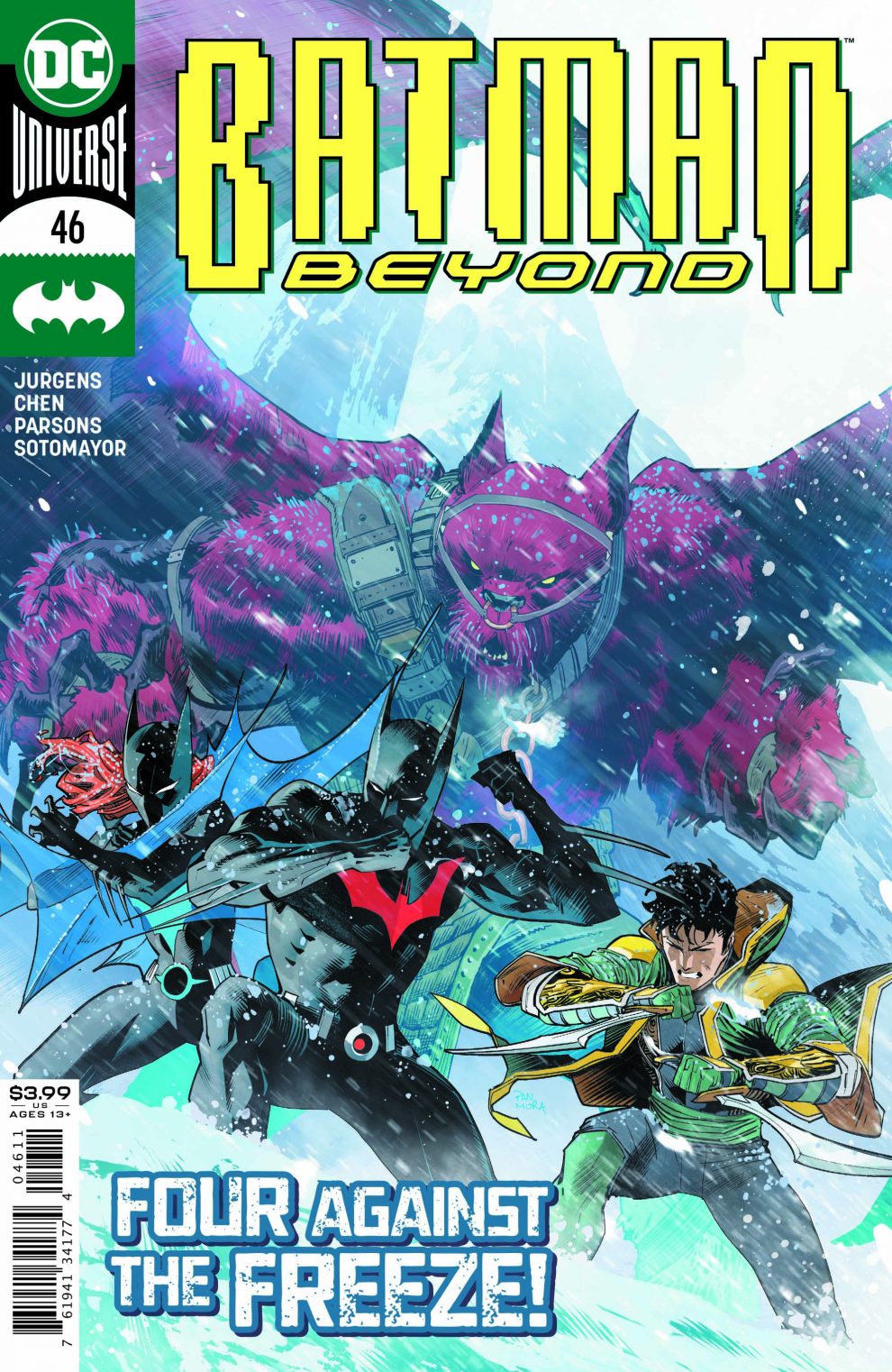 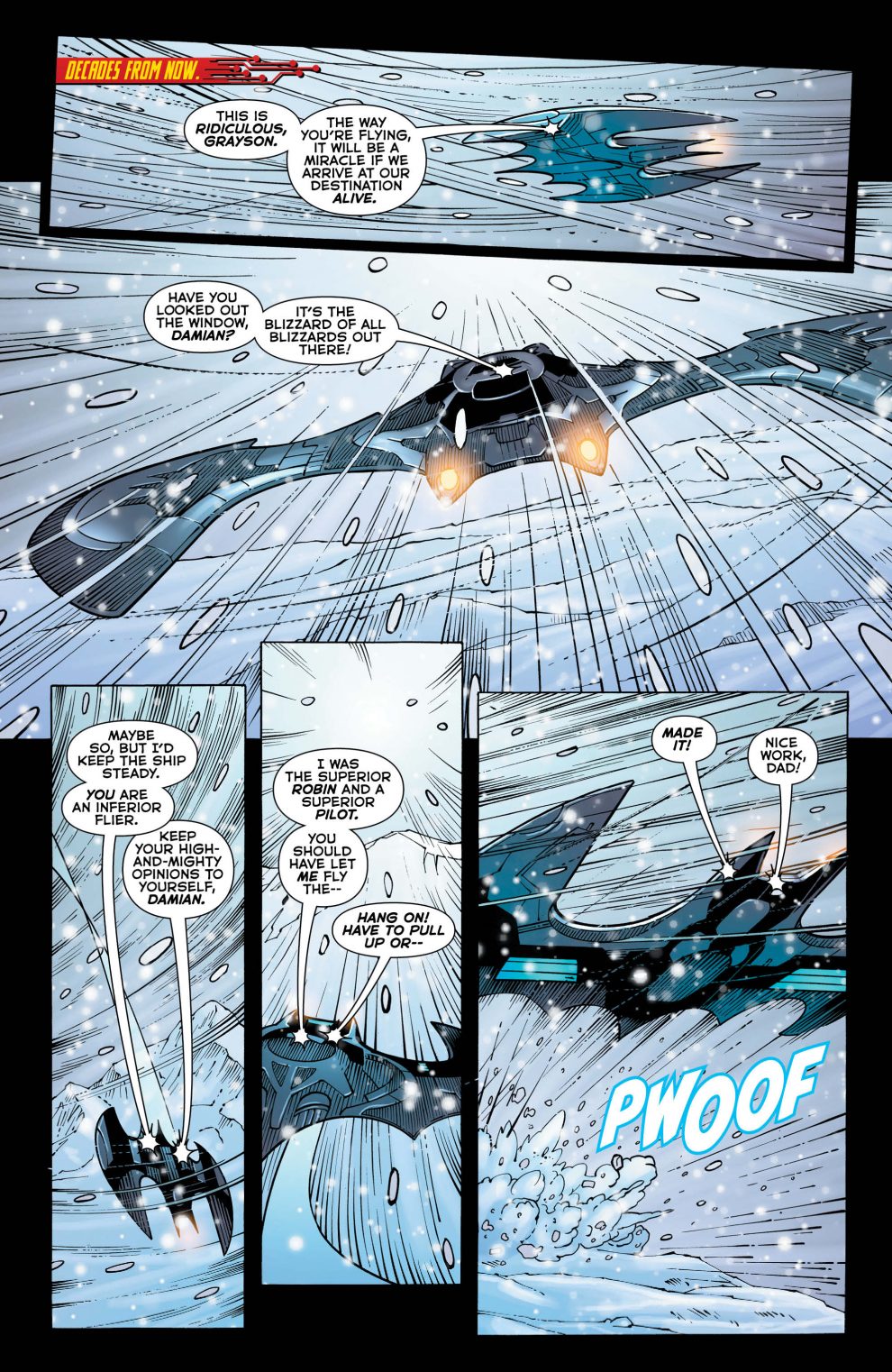 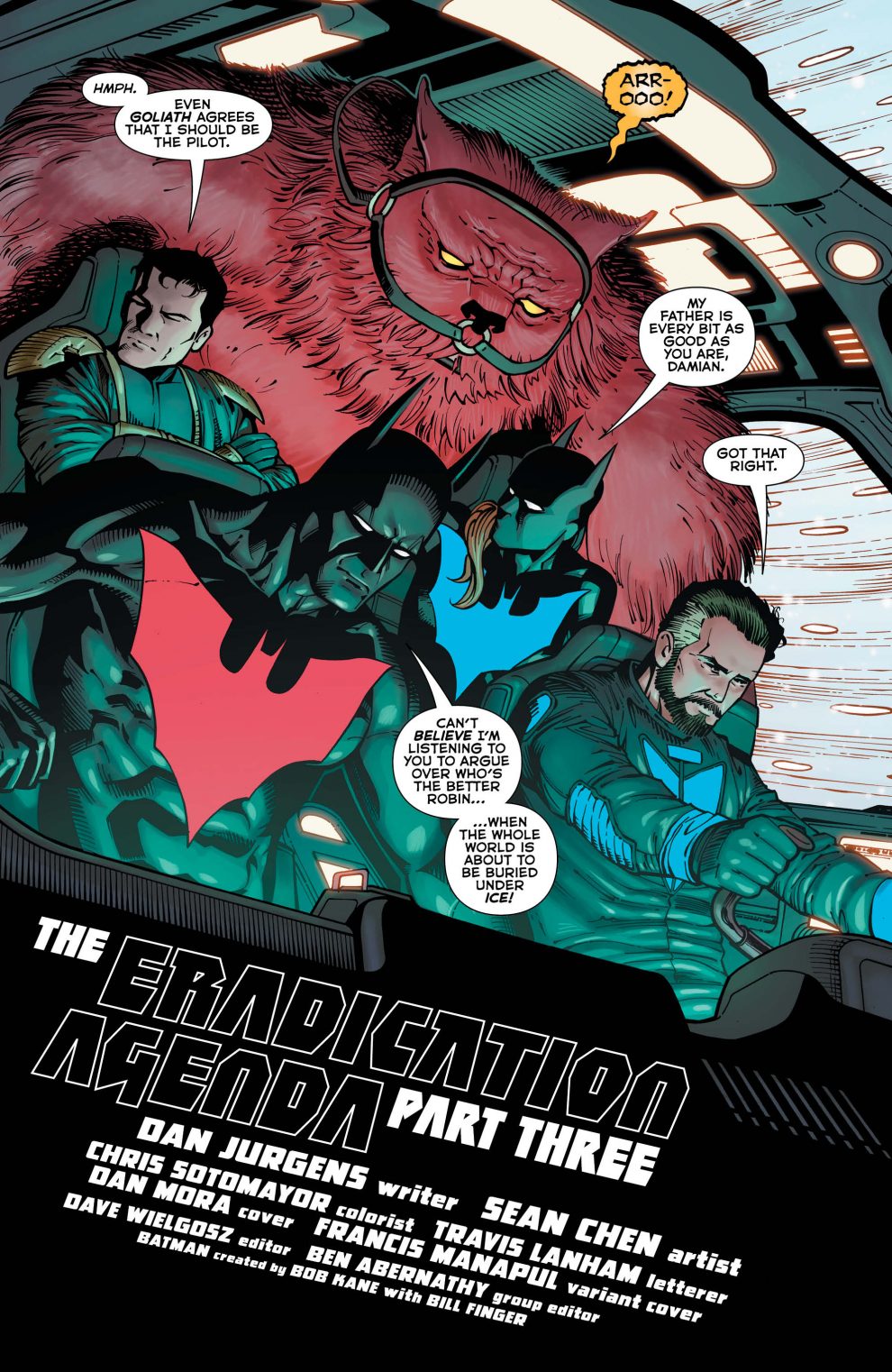 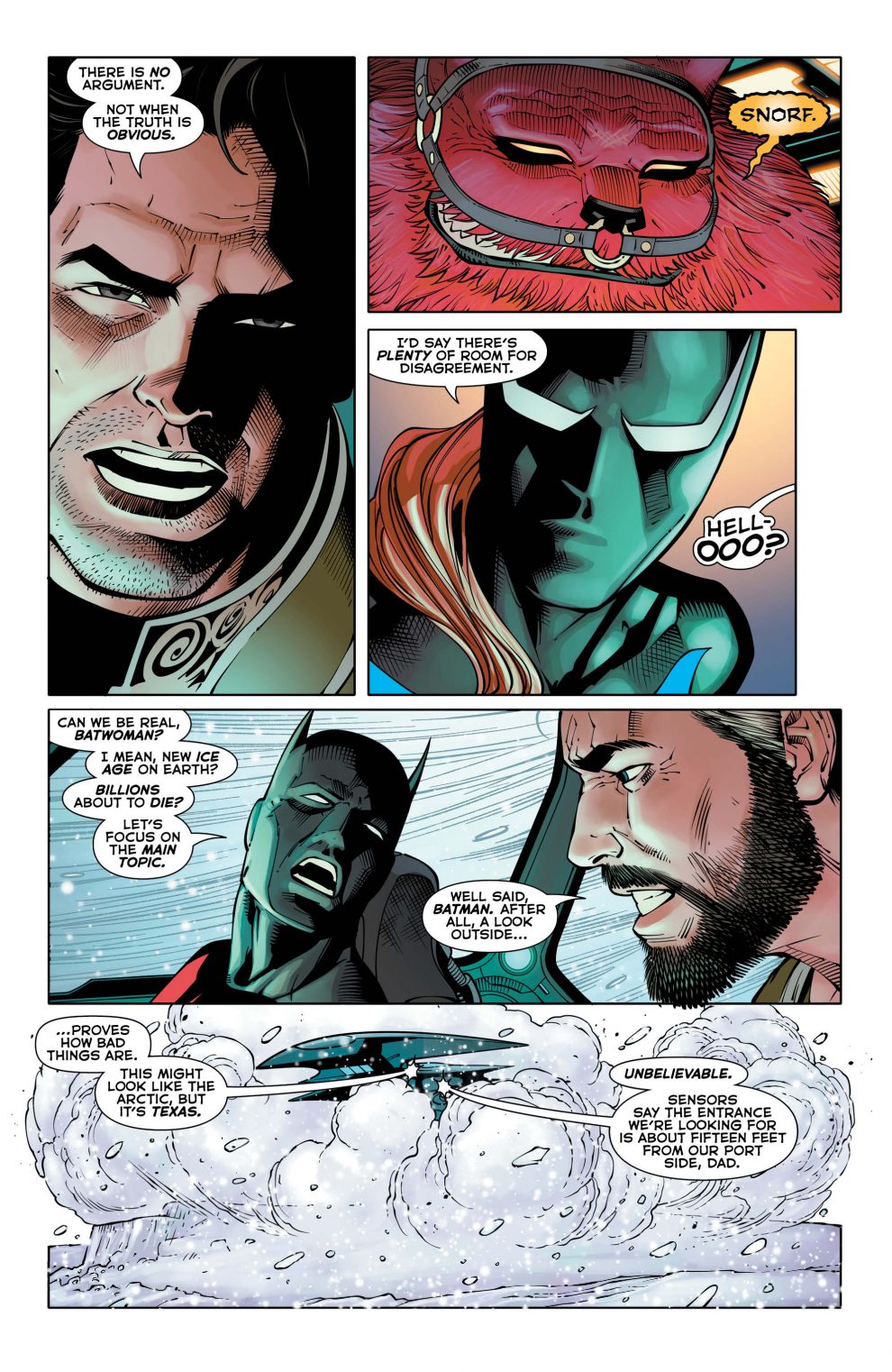 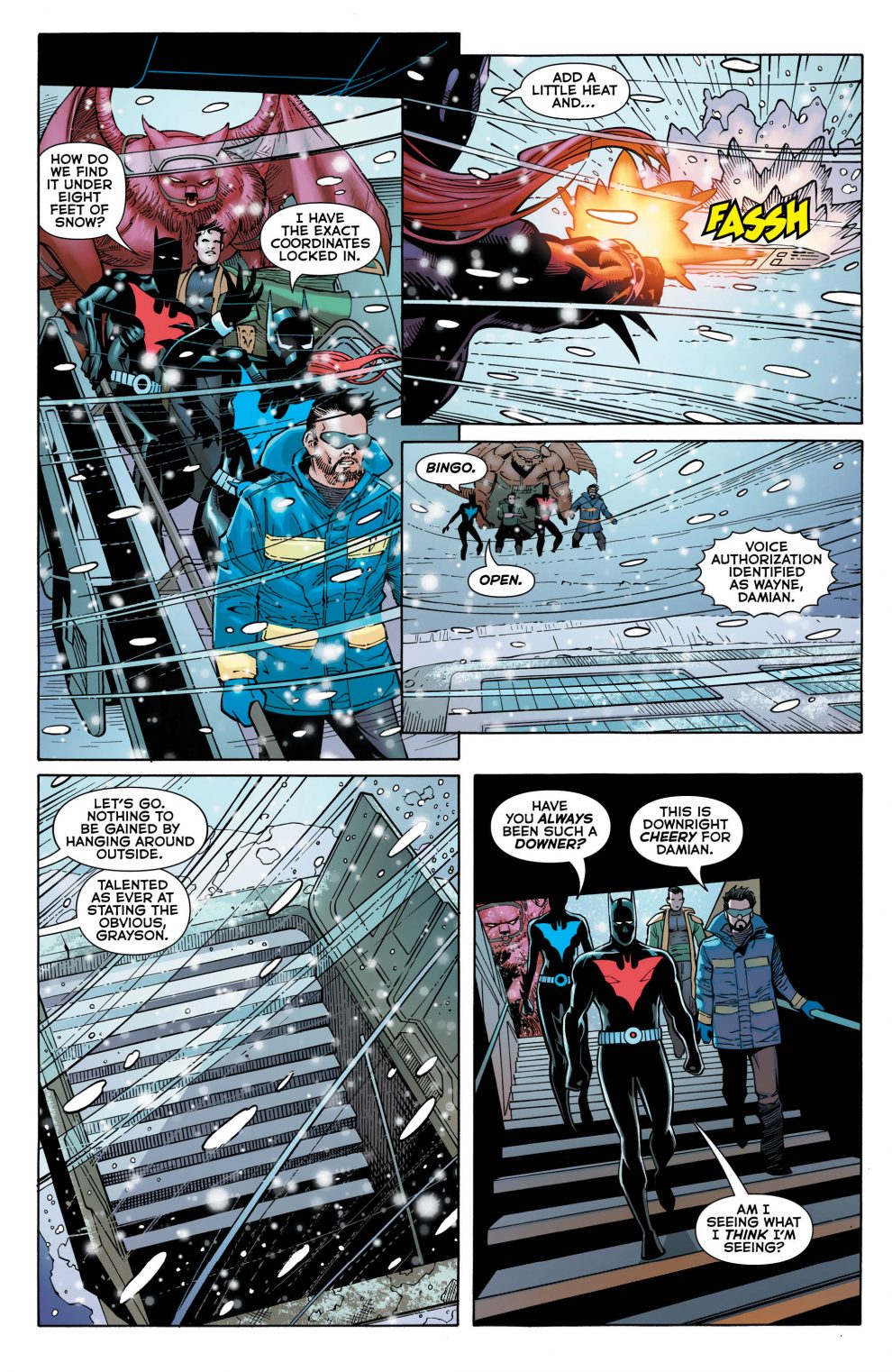 Somehow, the intense size of Batman’s ship, and the League of Assassin’s many satellites brings that intense science fiction feeling to this issue. We feel that it’s truly a vision of the future, even in a fictional world that’s already futuristic. I think they manage this simply because current DC continuity feels like a tech charged version of now, while Jurgens’ vision of the future always feels new, because there’s technology everywhere. All of it is well written, and brilliantly drawn, as always.

Batman Beyond #46 gives us the best, and most dire circumstances. The stakes make the story feel like a true disaster movie, and from where I’m sitting, there doesn’t appear to be any hope in sight. Nothing has drawn my morbid curiosity in more than these extreme circumstances. We’ll either see Batman and his allies save the world, or watch it slowly end. Either way, it’s compelling reading.