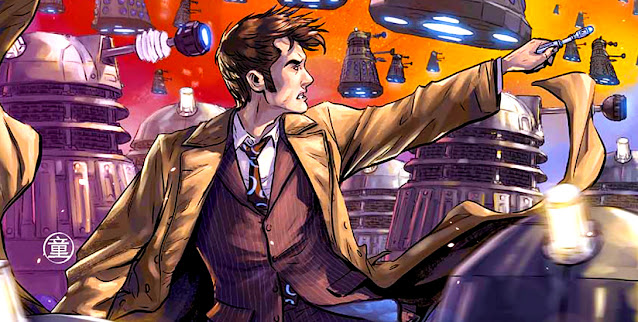 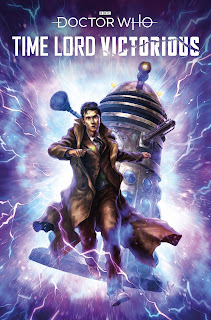 Doctor Who: Time Lord Victorious #2 completes the tenth Doctor’s Dalek rescue mission (yes, you read that right) as he takes on the Hond, an enemy that even his most lethal enemies fear. Can everyone’s favorite Time Lord defeat this deadly new threat, keep his deadly nemesis at bay while doing so, and – most importantly – get out from between the two warring factions alive? 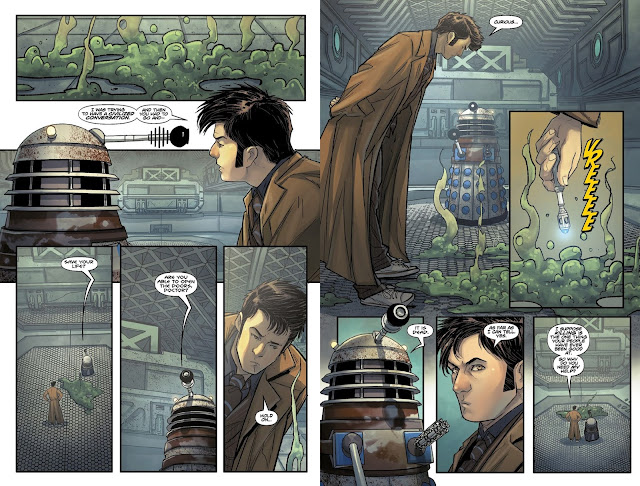 As with all Titan Doctor Who comics, we get some nice visuals, some great dialogue, and some gorgeous covers. Sadly, as with the first issue of the series, that’s more or less where the positives end. Enrica Angiolini, with her colleagues Shari Chankhamma and Sabrina Del Gross, delivers some great color, and Roberta Ingranata’s art is more than serviceable (if over reliant on re-using the same images too much), but while the script is still of a high standard, the plot and main story clearly just barely pays lip service to the main “Timelord Victorious” arc, that’s running across several different platforms. 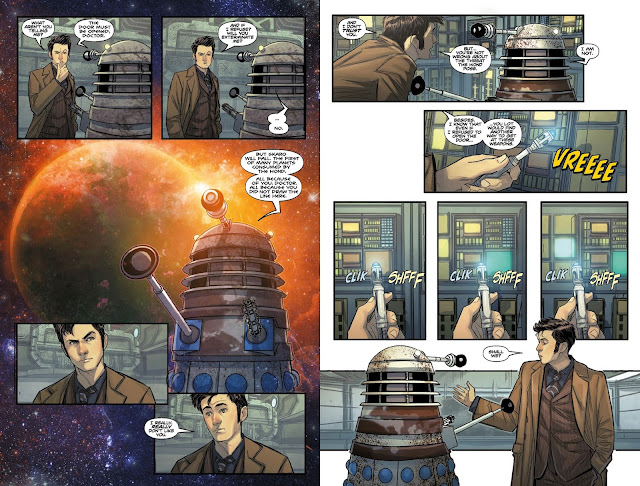 While this multimedia interactive adventure may sound awesome on paper, reality is a cruel mistress. This two issue arc brings comics fans only a fraction of the whole story, and it’s a fairly unsatisfying one at that. Seeing the eight nine and tenth Doctors on the cover of issue #1 no doubt drew readers in, but the fact that 9 doesn’t appear in the comics at all, and 8 only appears one panel at the end of issue #2, makes me want to complain to trading standards for false advertising. 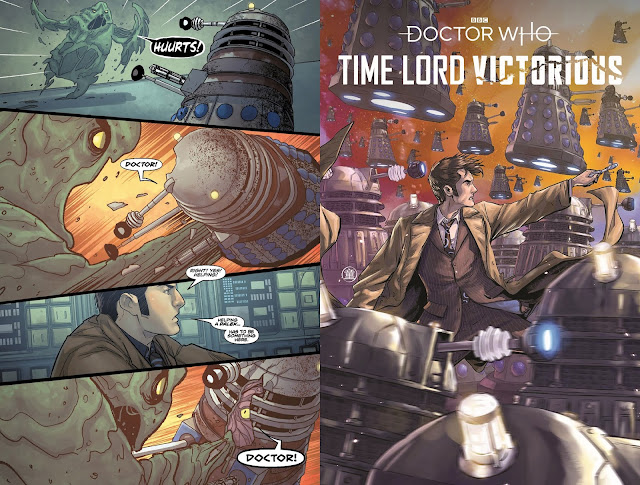 The other real issue I have is that the Hond look ridiculous. They’d be laughed off screen in the cardboard set production days of the Who of 60s and 70s, so seeing them in the polished, clever and high value Doctor Who era of today is annoying. I will say that the reasoning behind their hatred of all lifeforms, and the desire to destroy them, is both brilliant and tragic. Of course, we know the Doctor will find a humane way to defeat them, but after the massive build up the characters got, it’s all handled far too quickly and conveniently for my liking. 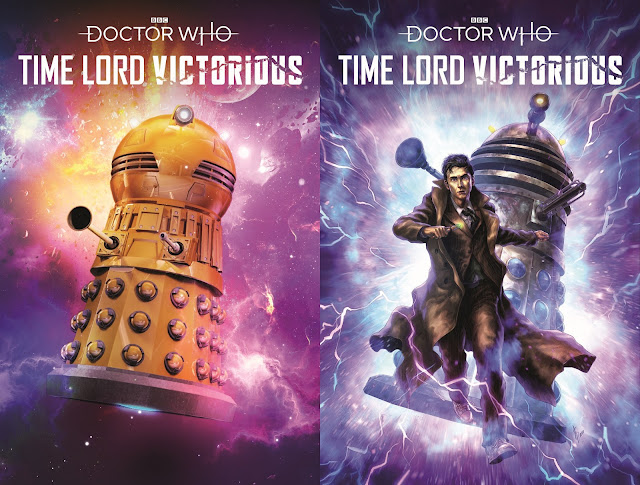 Doctor Who: Time Lord Victorious #2 had some nice ideas, but the creative team are too talented to be dragged into a story not of their own design. If Titan Comics decide to one day adapt the live-action and audio into comics, including these two issues as part of the story, then I’ll be all in.

Having a huge Doctor Who adventure across audio, online, comics and live was a great idea, but unless you have a ton of spare time, and a wallet to rival Bruce Wayne’s, experiencing the whole adventure isn’t a very realistic goal.

If you are one of the lucky few who has been fortunate enough to do so, well done. If not, you will no doubt feel as short changed as I do. These two comics, while fun, felt like a bit of a pointless exercise, and a huge wasted opportunity.