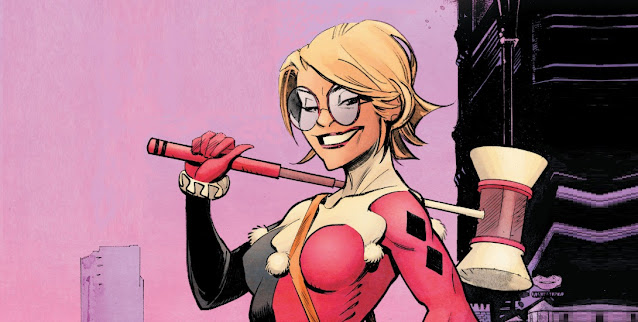 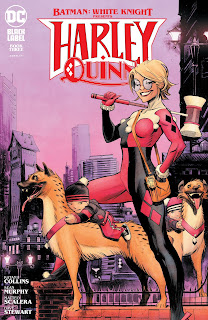 Batman: White Knight Presents Harley Quinn #3 came to us this week, and brought with it a wonderful, wicked ending to the year. There’s no door this series cannot open and excel at. In the last issue we got a hint at these new villains that Gotham’s facing. Harley also got to meet some of her new teammates, one of whom – FBI agent Hector Quimby – is quite a bit more than he at first appears to be. Alright enough of the recap, let’s jump into this chaos, feet first!

Smile For The Camera

Readers pick right back up where the second issue left off, with Simon Trent fighting for his life. He’s next on the list of Silver Screen celebrities to face the wrath of The Starlet. One of the lucky ones to survive, his insight adds to the investigation that GTO and Harley Quinn have going. Mystery and intrigue are in the air and it remains to be seen just what the endgame is or why these celebrities are being selected as targets. 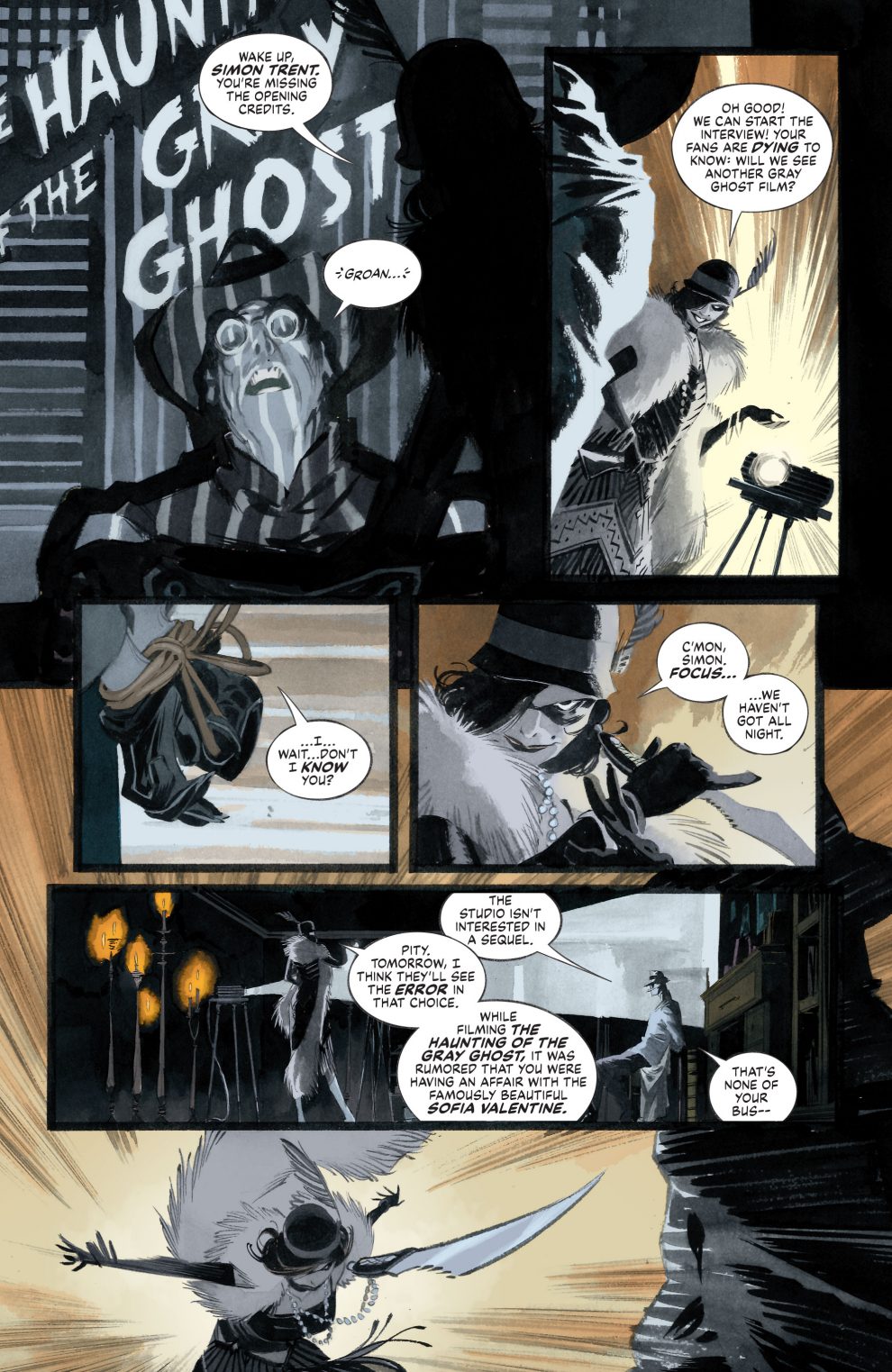 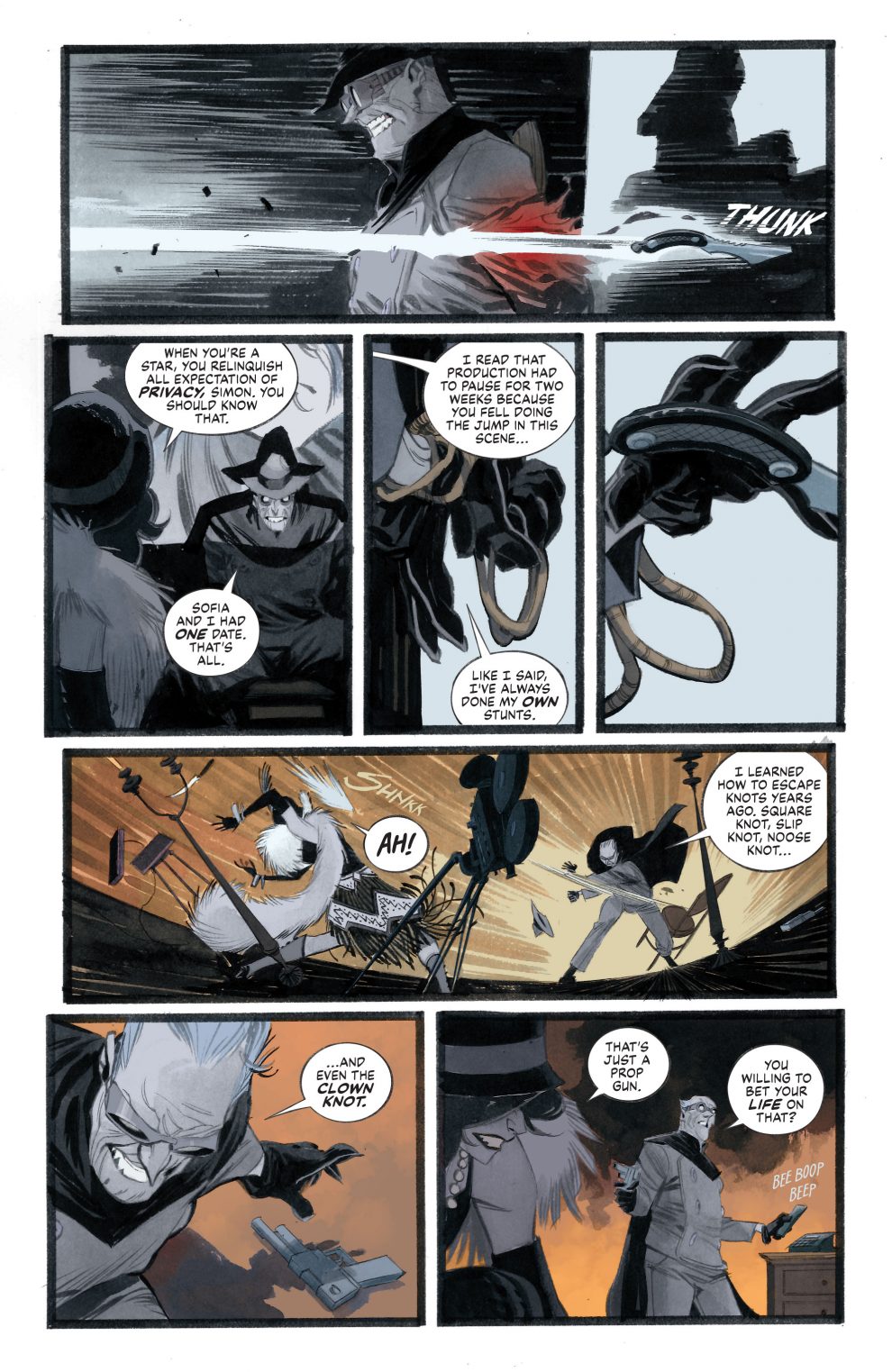 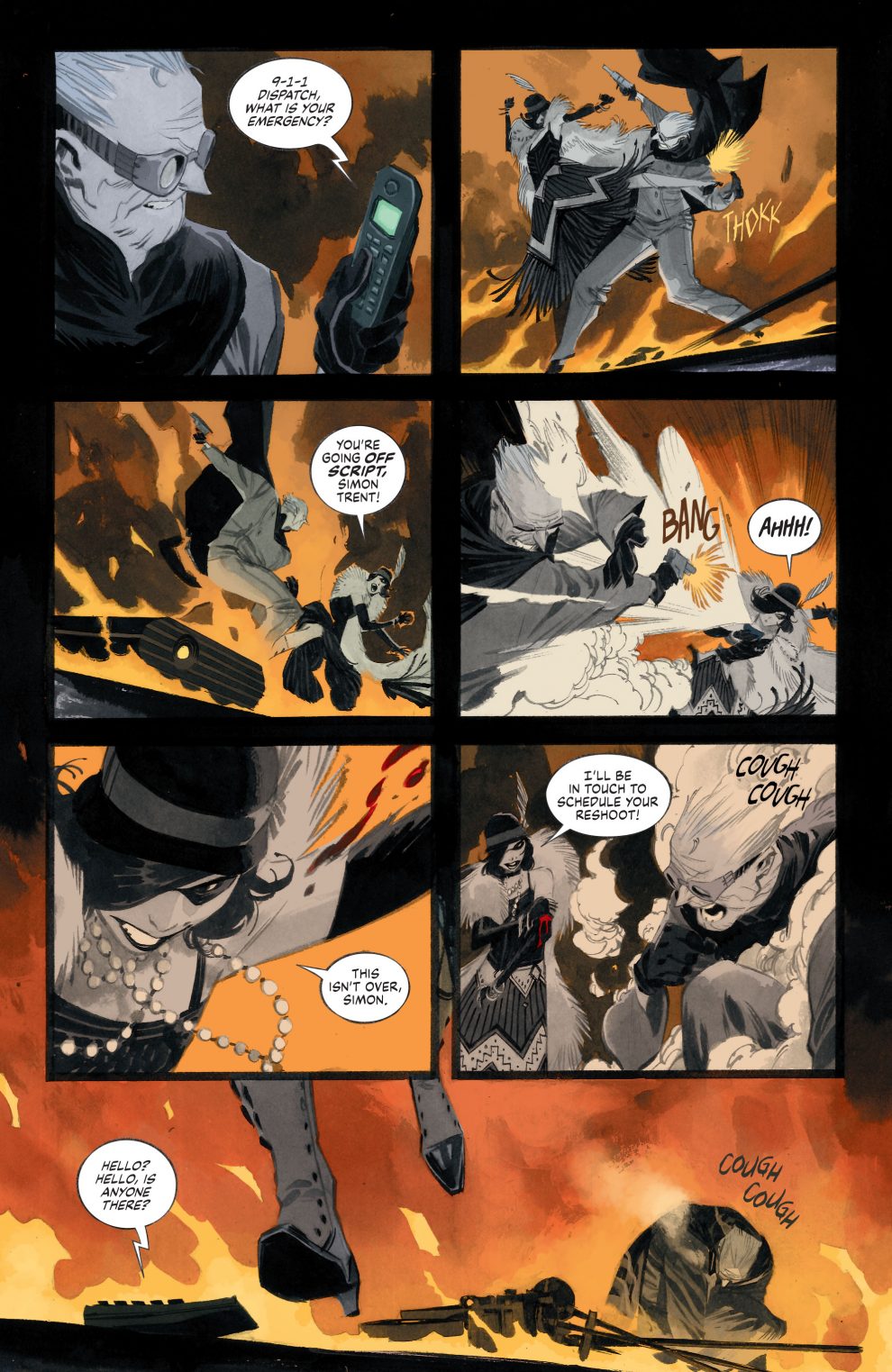 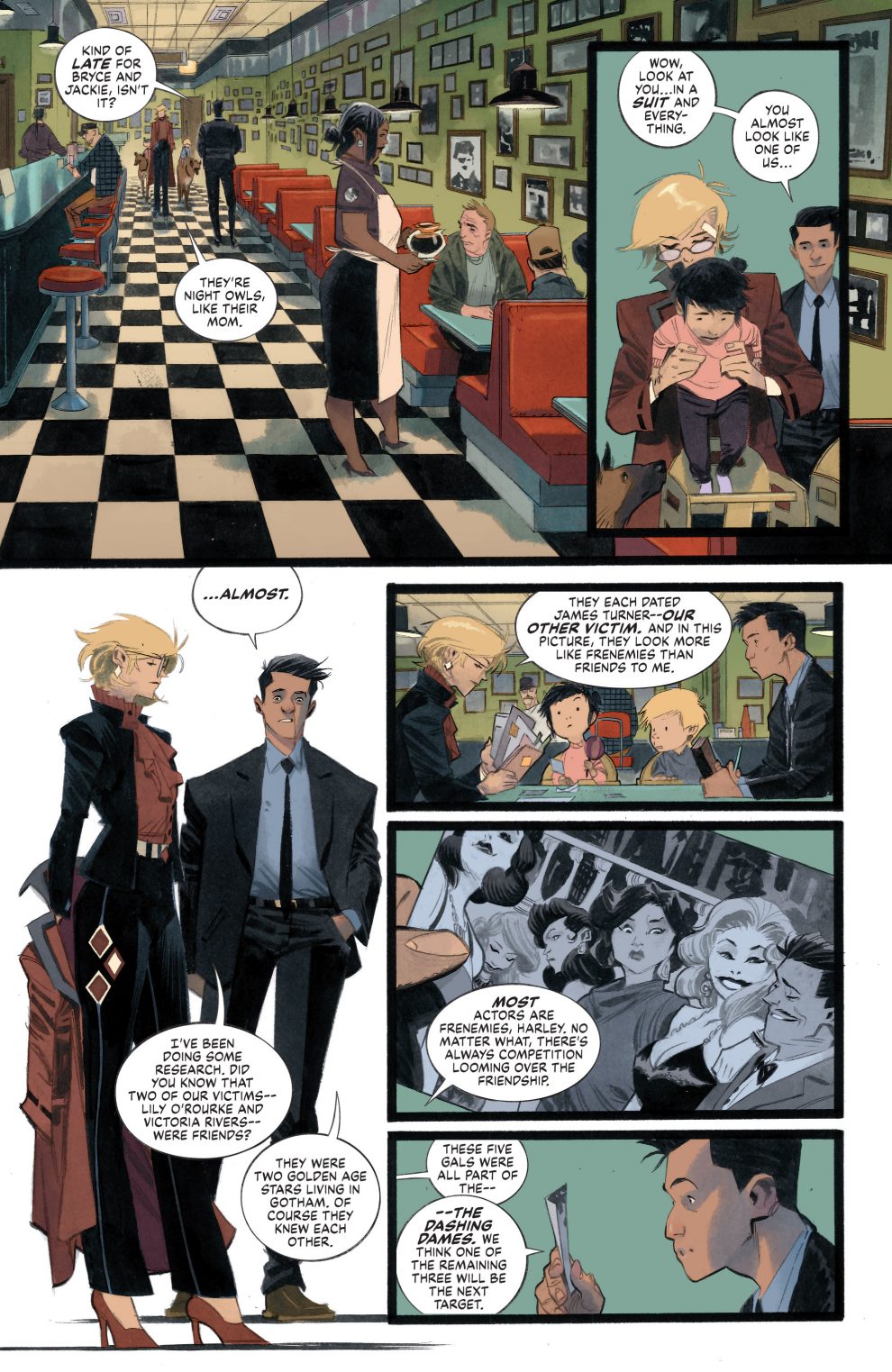 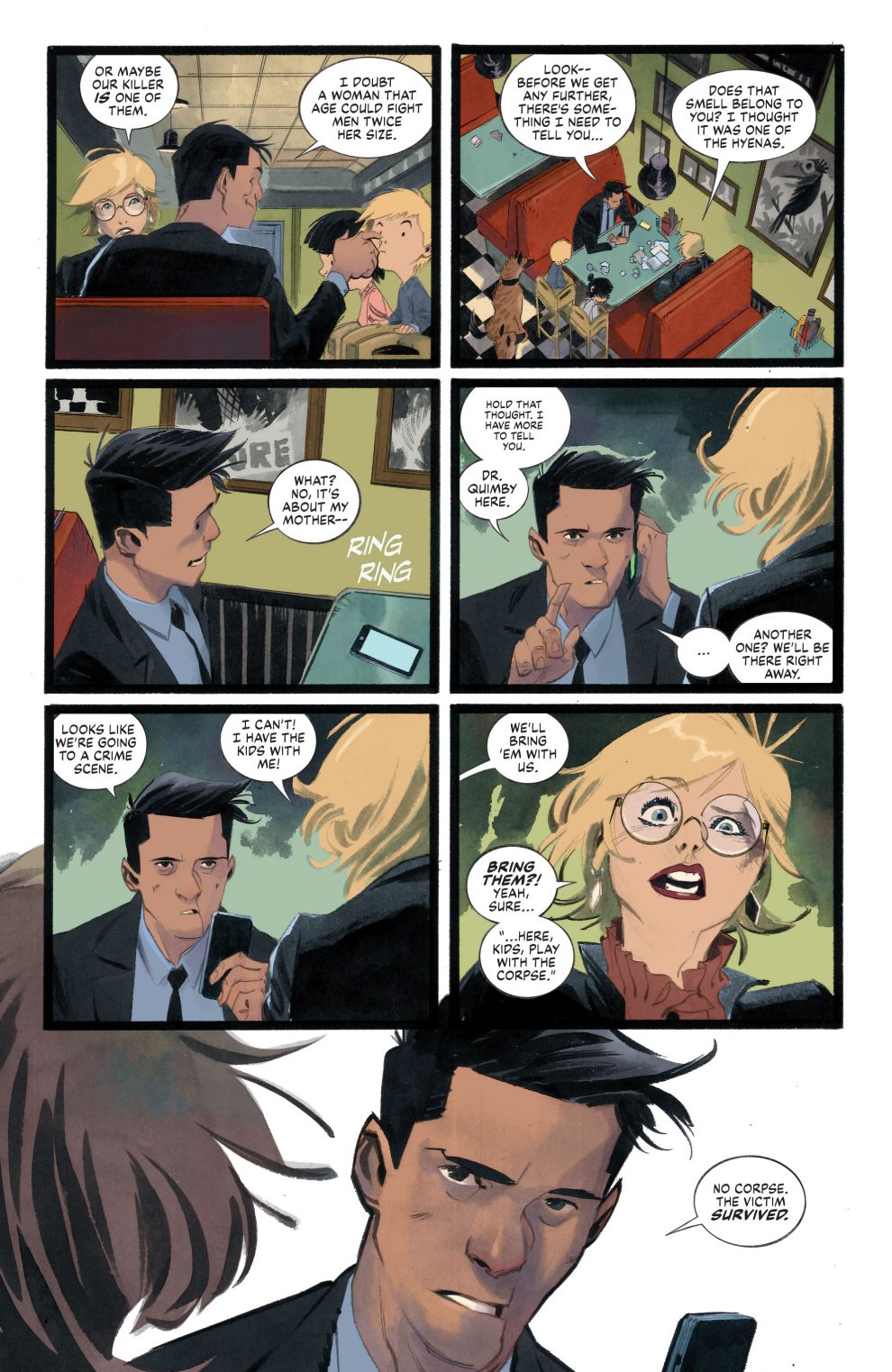 There are a lot of things hiding in the shadows of the past in Gotham. The secrets from yesteryear are struggling in their bonds and screaming to be heard, demanding to be seen. Many parts have been cast and it will be exciting to see the action play out… though who will survive, and just what their part means remains to be seen.

All Alone In The Moonlight

Every month I look forward to the next issue of this series, as each chapter this team presents gives more depth of character, a greater world building experience, and just an overall exciting and enjoyable experience. This is a situation where we’re truly meeting Harley Quinn in a version of herself that we’ve never seen before, and it’s increasingly wonderful.

From the moments of her with her children. to the memories of her with Batman as she was taking steps to help Jack, by joining the staff at Arkham Asylum. The artwork is simply blissful, and adds so much to the scenes that tie in with old-school Hollywood. The established scenes just steal your breath away, and the more you look, the more you find.

I wish I could give this series higher marks because it deserves them. This is a complete experience that you WANT to immerse yourself into and stay with. This world gives you everything, and the team has continued this excellence with Batman: White Knight Presents Harley Quinn #3. If you haven’t already been on this journey with me, do yourself a favor. Give yourself a Christmas gift. Start this series.