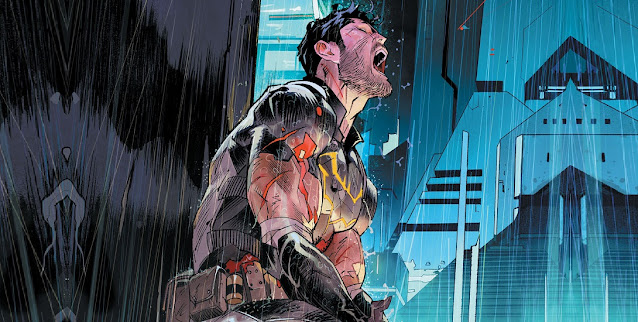 “Bruce Wayne Is A Dead Man” and “No Future Past” 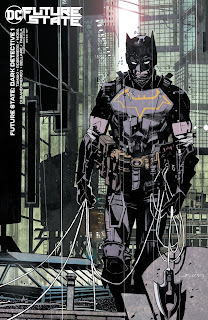 Wow, only one issue in, and I’m sold. Dark Detective #1 is as solid a debut as anyone could wish for; “Future State” is off to a great start.

When I heard that many of the new books that would be replacing all DC’s ongoing titles in January and February 2021 would have back up stories in them, I had mixed feelings. In my experience secondary tales were sometimes filler, infrequently as good as the main tale, or – and this was quite rare – sometimes better than the story you paid for, featuring the title character. The Grifter story in this book isn’t better than the Batman one, but that’s only because they’re both fantastic.

We come into the Batman segment right in the middle of a mystery, and enough breadcrumbs are dropped by Mariko Tamaki to get your imagination fired up. With the Grifter story, which is clearly set in the same time period, and with our “hero” also on the wrong side of the mysterious Magistrate, and the ominous Peacekeeper-01, Matthew Rosenberg also leaves us desperate for two weeks to fly by, so that issue #2 can appear in our sweaty little hands.

The mix of existing characters and brand new ones is perfectly balanced, which is something that should satisfy old fans, and brand new readers alike. 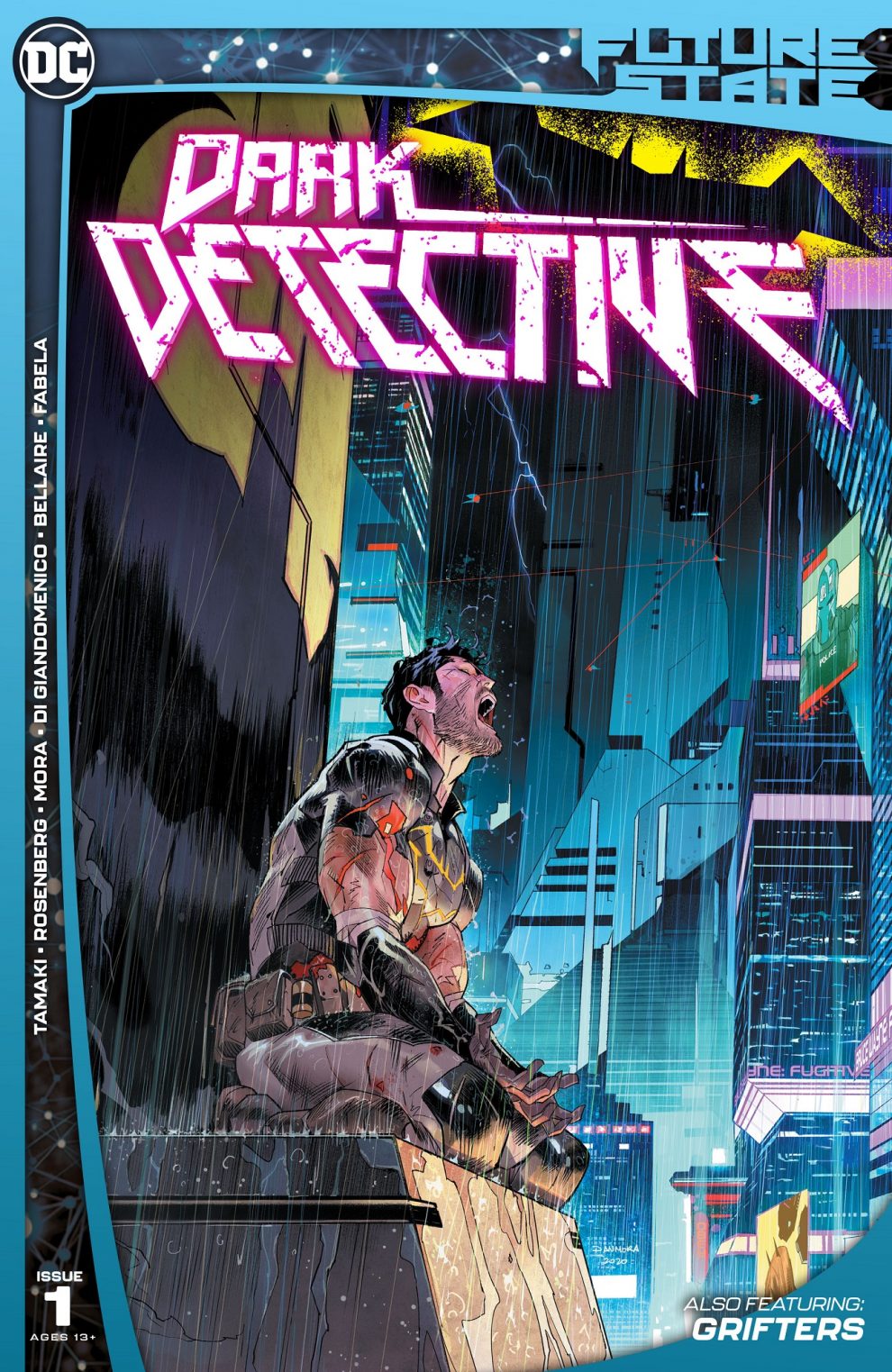 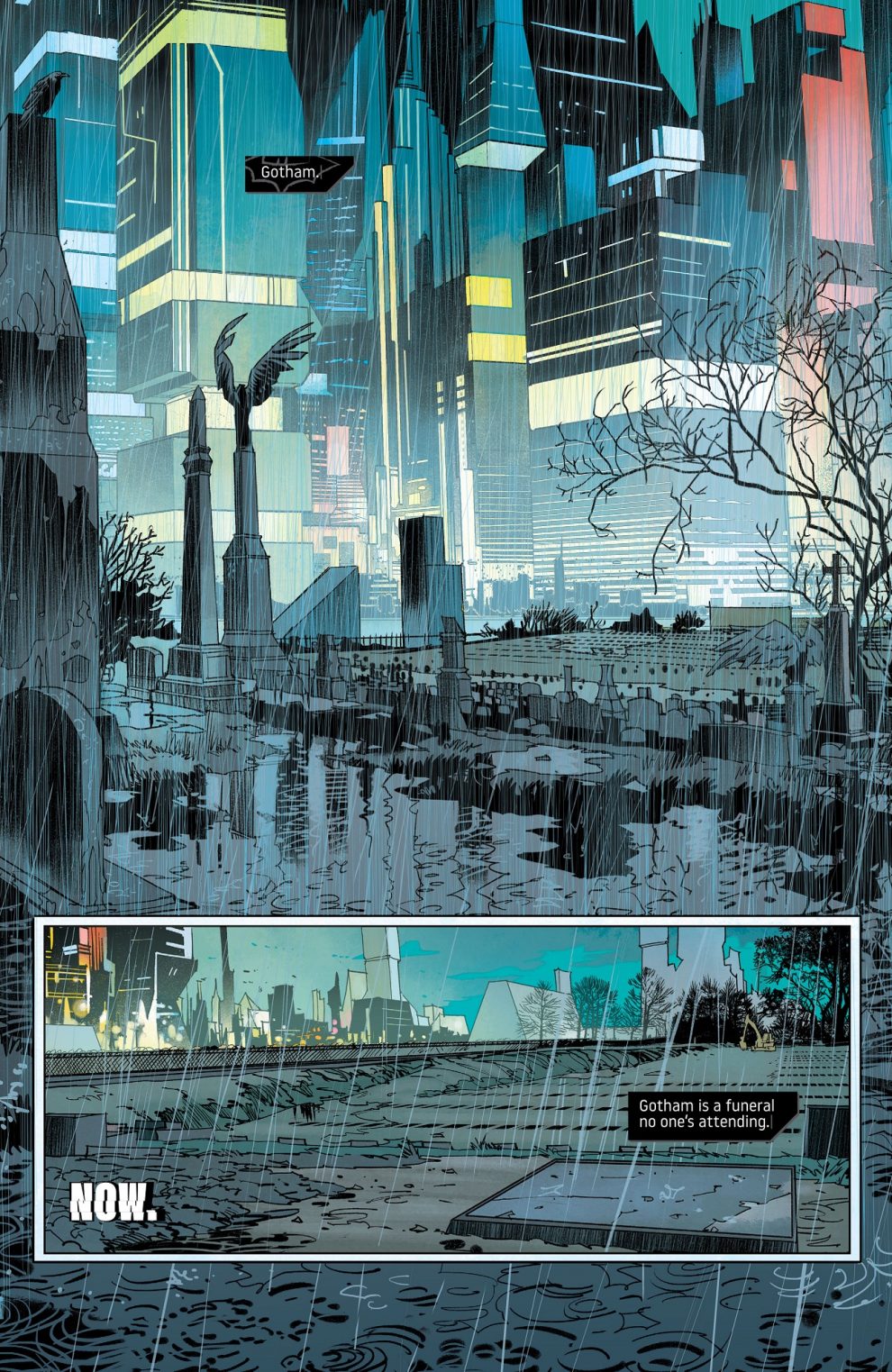 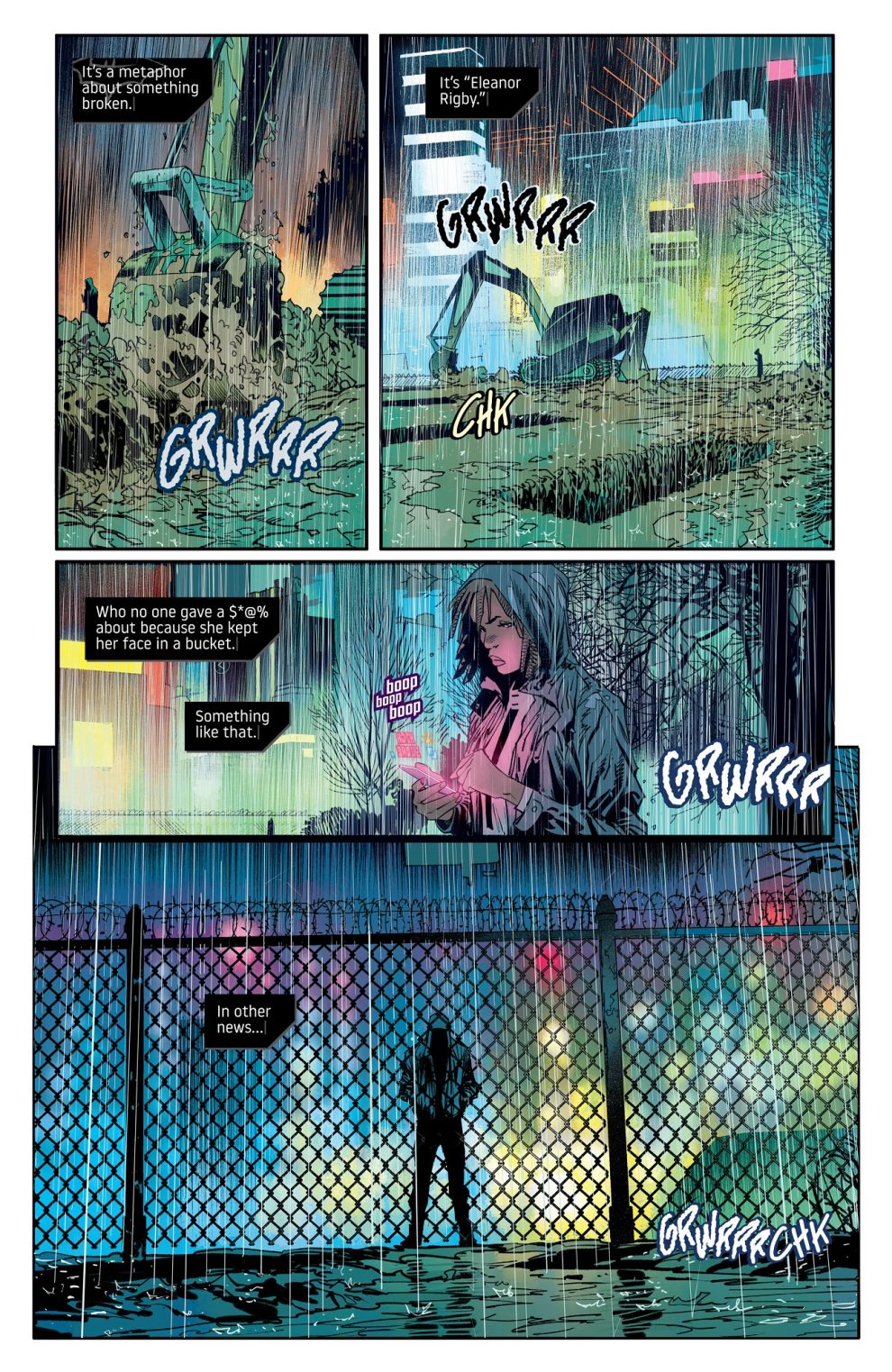 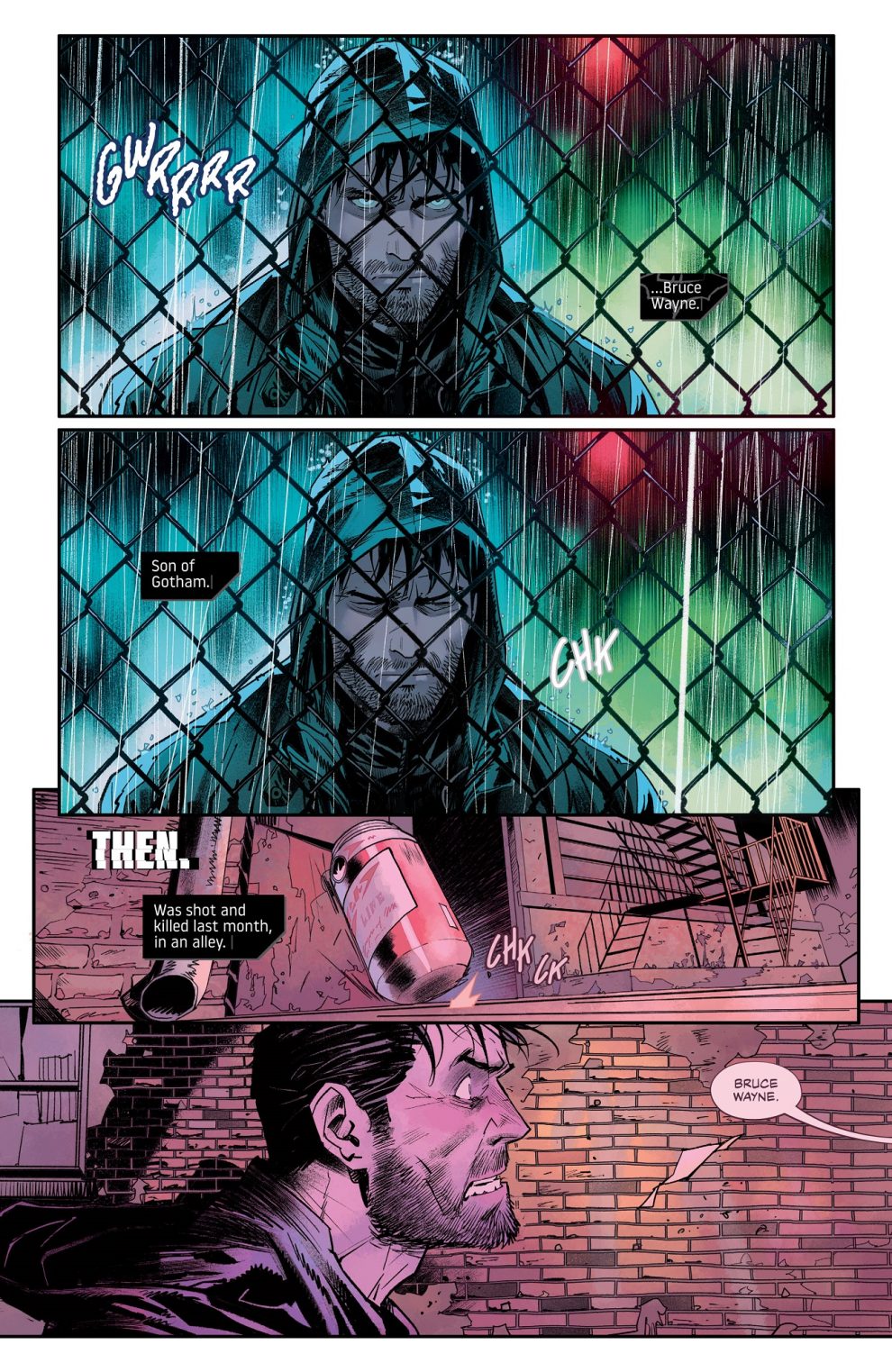 If I’ve said it once, I’ve said it a thousand times: great writing with bad art doesn’t work for me; likewise shoddy stories with amazing artwork. I’m extremely happy to report that the art in Dark Detective #1 is every bit as terrific as the writing.

I’ve loved Dan Mora’s art for years, and his version of Batman is absolutely awesome. I didn’t think I’d ever like a Batman without a cape… I was so wrong. This costume, in all it’s home-made glory, has already become one of my all-time favorite Batman uniforms. It’s practical, and extremely cool. Jordie Bellaire’s Tech-Noir/Blade Runner-esque colors are simply sublime, too. I love that whole “five minutes in the future” feel to this book. You know this isn’t set now, but there’s no actual time-frame, or date mentioned, so I think this book will age very well in years to come.

Carmine Di Giandomenico is definitely an artist whose star is on the rise. His work, brilliantly colored by Antonio Fabela, is first rate. His version of Cole Cash is as awesome as Jim Lee’s original, but – and I’m being honest here – it’s written far better.

Aditya Bidikar and AndWorld Design don’t let the side down, either, as the lettering in this book is exceptional. Every title, every caption, and every sound effect is lovingly rendered, and strategically placed. It’s faultless.

Dark Detective #1 is a winner. It’s the first “Future State” book I’ve read, and it most definitely won’t be the last. At the time of writing this review the book is still over two weeks away from its official release, but I’ll be first in line to lay down my hard earned cash to take a physical copy home with me.