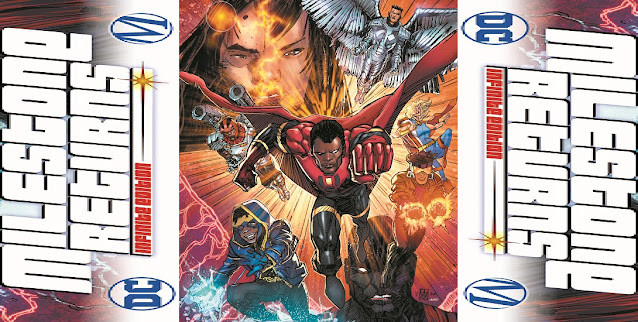 and in Comic Book Stores on May 25 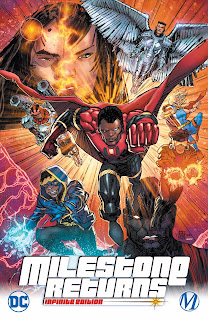 Following 2020’s surprise panel at DC FanDome Hall of Heroes, DC today announced more details on the return of the fan-favorite Milestone universe of characters from the city of Dakota.

“Since the FanDome panel, Reggie [Hudlin], Denys [Cowan], and our editorial team have been working incredibly hard to bring this new Milestone to life,” said DC publisher and chief creative officer Jim Lee. “It’s been exciting to see fresh and contemporary takes on the Dakota universe coming together; I think that both new fans and old will be pleased with the results.”

In addition to being one of the co-founders of Milestone Media, Denys Cowan is a legendary comic book artist with a prolific DC pedigree, providing art for series such as The Question, The Question: The Deaths of Vic Sage, Batman Black & White, and Dominique Laveau: Voodoo Child. Reginald “Reggie” Hudlin is a partner in Milestone Media, as well as an Oscar- and Emmy-nominated film and television producer and director. His comic book credits include award-winning runs on Black Panther and Spider-Man for Marvel.

The excitement kicks off February 26 with a digital-first “extended cut” of the Milestone Returns #0 one-shot. Originally available only during 2020’s DC FanDome Hall of Heroes and Explore the Multiverse, this updated edition also arrives in comic book stores on May 25th. Milestone Returns: Infinite Edition #0 combines the original 17-page comic with an additional 24 pages of completely new material written by Reginald Hudlin and drawn by artists Denys Cowan, Nikolas Draper-Ivey, Bill Sienkiewicz, and more.

This added content includes a retelling of the events of the Big Bang, the police-brutality protest that unleashed a sudden wave of superpowers in the city of Dakota. This $4.99 “director’s cut” also features content introducing the full new creative teams behind Static, Icon & Rocket, and Hardware, the digital-first series spawned by this new Big Bang, along with a reveal of their issue #1 covers. 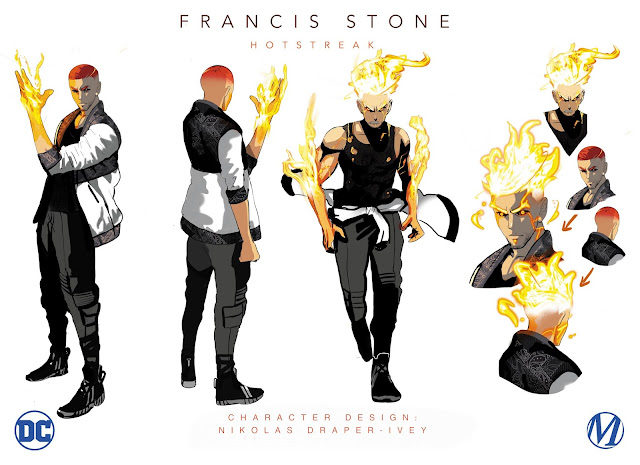 “The response from fans after the DC FanDome panel was overwhelming, and that makes this news even more exciting for Denys and me,” said Hudlin. “Introducing these ‘seasons’ of Static, Icon, Rocket, and Hardware is just the beginning. There will be more stories with these favorite characters to come, and fans will see appearances from the legendary Blood Syndicate, setting the stage for an explosive Milestone event later in the year.”

In addition, DC’s future plans include the long-awaited launch of Earth M, a new line of comics conceived by Cowan and Hudlin, which will include the return of Duo, introduced to readers in Milestone Returns “#0, and other characters who will also appear in Milestone comics.

In this monthly miniseries (20 pages per issue), bullied nerd Virgil is gifted with incredible electromagnetic powers in the wake of the Big Bang. Now he finds himself caught between an over-militarized police response to Black kids getting special abilities and some of those kids who are using those powers in dangerous and destructive ways. But when the bullies who terrorized him before the Big Bang show up with powers of their own, can Static be the hero that Dakota needs?

Static launches Monday, April 12. Each 20-page issue will be available on participating digital platforms for $3.99. 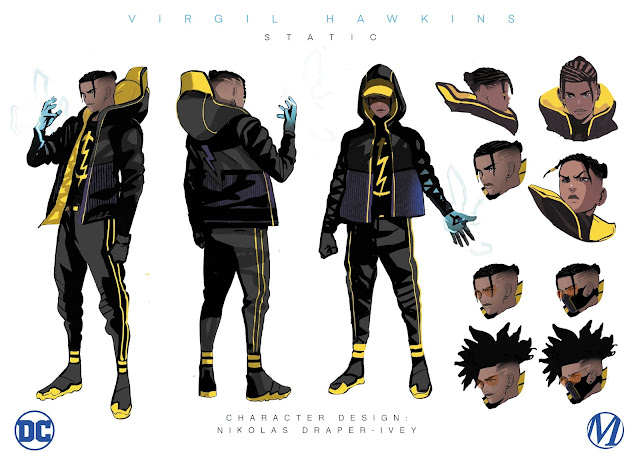 The return of Augustus Freeman and Raquel Ervin is also in the works, with a new series featuring Icon and Rocket.

What happens when superheroes actually make a difference? When Raquel Ervin broke into the home of a wealthy Black lawyer, she didn’t expect to learn that he was a nearly omnipotent alien, lost in despair of ever returning home—and he didn’t expect that she would inspire him to emerge from the shadows and become a force for change on the planet he’s trapped on. What starts out as a simple request to stop the drug trafficking in her neighborhood turns into a mission to eliminate the drug trade worldwide. However, this act of heroism has unexpected consequences, making the pair the two most wanted criminals in the world when actually stopping crime leads to the collapse of the global economy!

The debut issue of this six-issue monthly series (20 pages each) arrives June 21 for $3.99 per issue.

The relaunch of Milestone would not be complete without some mention of Curtis Metcalf, and beginning August 23, the first wave of new Milestone stories climaxes with the return of Hardware in a new digital-first series. This six-issue monthly series features the return of legendary artist and Milestone cofounder Denys Cowan with Bill Sienkiewicz on the character that completes the foundation of Milestone and the Dakota universe, both past and present.

All his life, young prodigy Curtis Metcalf was told he was special, and that he would save the world. But it turns out that Alva Industries wanted his beautiful mind for something a lot less noble than that - and his technology has made him the fall guy for the tragedy of the Big Bang. But Curtis is smart enough to not go out like that - and smart enough to steal his inventions back from Alva and start the process of remaking the world his way.

“Bringing back Milestone and the Dakota universe with DC has been an amazing journey,” said Cowan. “Getting the chance to do Hardware again with Bill Sienkiewicz is a dream come true. It’s the book that Dwayne McDuffie and I did together at Milestone originally, and I’ve always felt a strong connection to Curtis Metcalf. We can’t wait to bring fans the new adventures of Hardware!”

New issues of this series will be available each month for $3.99.

Complete Issues of Static #1, Icon #1 and Hardware #1 from Milestone’s 1993 debut are available to read for free with registration on the DC UNIVERSE INFINITE digital service. For more information on DC UNIVERSE INFINITE, check out the website at www.dcuniverseinfinite.com.

For more information about DC and the World’s Greatest Super Heroes, please visit the DC website at www.dccomics.com, and follow on social media @DCComics and @thedcnation.