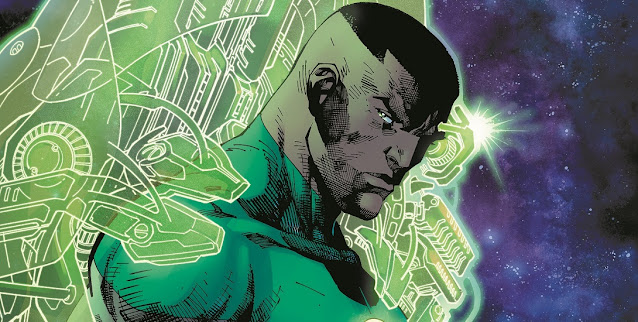 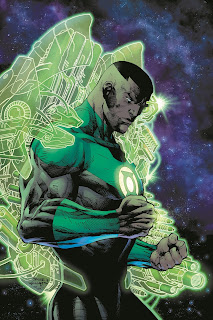 From characters such as Cyborg, Nubia, Bumblebee, Shilo Norman (Mister Miracle), Vixen, Steel and Black Lightning, Milestone characters such as Static, Icon & Rocket and Hardware, to new heroes such as Tim Fox (The Next Batman) and Naomi, DC boasts a proud tradition of Black Super Heroes populating its colorful universe.

As DC’s first Black Super Hero, and since his first appearance on the cover and in the pages of Green Lantern #87 on October 28, 1971, John Stewart has worn the ring of the Green Lantern Corps with honor, dignity, and unparalleled courage. On June 22, 2021, DC recognizes this trailblazer with a hardcover collection of his greatest adventures!

Green Lantern: John Stewart – A Celebration of 50 Years is a 368-page collection of the ring-bearer’s most memorable adventures, both earthbound and spacefaring. From his first appearance in the legendary Denny O’Neil/Neal Adams Green Lantern run, to taking over from Hal Jordan as Earth’s Green Lantern, to calling the shots in the latest incarnation of the Justice League, some of the greatest John Stewart stories in DC history are in this collection. Storytellers include Denny O’Neil and Neal Adams, Len Wein, Geoff Johns, Judd Winick, Dale Eaglesham, Ed Benes, and many others.

For more information on John Stewart, the Green Lantern Corps and the World’s Greatest Super Heroes, visit the website at www.dccomics.com and follow on social media @DCComics and @thedcnation.