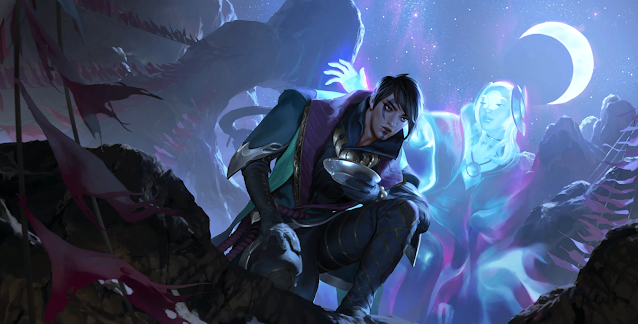 The new guy has settled in very well.

Legends of Runeterra is a new online CCG (collectible card game) that has absolutely blown up in my imagination. It, alongside Dead by Daylight has dominated my fledgling YouTube channel, and I honestly, truly love it. Even with 0 hours clocked on League of Legends – the game that it's inspired by.

It's essential for a card game to release regular card expansions. The longer a CCG goes, the strategies and decks that can be made out of the existing card pool gets “solved”. People know what's good and what to build. Adding new cards regularly, whilst not flooding the player base with immense numbers of cards and card flavoured products (you know who I mean) can really ensure that things stay consistently fresh.

Legends of Runeterra is a Hero-Centric card game. Their Champions define the decks and the strategies people see. Just like League of Legends. So when one is released, it's going to have large implications for the wider game. Aphelios, the changes to existing cards, and the many cards released alongside him have absolutely saved Legends of Runeterra. Not that was in a bad place to begin with.

Aphelios' continuously complex design around creating has allowed him to make Viktor and the Augment archetype competitive. The consistent play of multiple cards a turn along side Veiled Temple has made Heimerdinger considerably faster. Two of the cards that Aphelios creates targets enemies, making Ezreal/Targon decks a force again. And that's just all the ways he's enhanced Piltover and Zaun, what was once considered the weakest region. 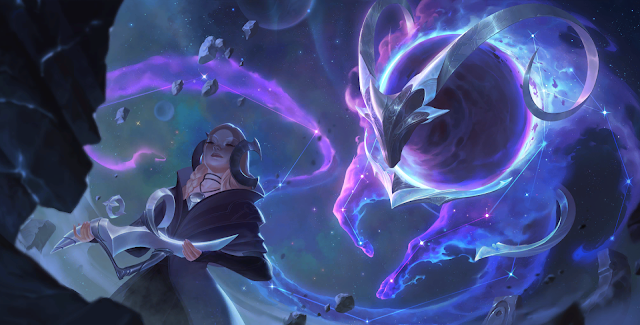 The guns turbo charge Lee Sin and the Gravitum's Stuns plus new card The Cloven Way lift up Yasuo decks to greatness. Even Twisted Fate, high greed, value decks are feeling the benefits of playing with Aphelios.

There's the talk that the card is too powerful and too complicated. Aphelios is every bit as competitive as a Champion should be. A release of a card set should absolutely invigorate the wider metagame. The last drop saw hyped Champions like Viktor and Riven do absolutely nothing to the state of the game, and Rogues Tribal is still dominating that other card game I play.

Aphelios would only be a problem if he were dominating the metagame. He's turbo-charged a lot of strategies but is not the helm of any that are at the top of the leaderboard. Rogue strategies built around the new cards are appearing here and there, and are posting great results in Masters Rank. The new boy is here to stay.

For more Legends of Runeterra gameplay, look no further than The Hostile Atmosphere's channel on YouTube.