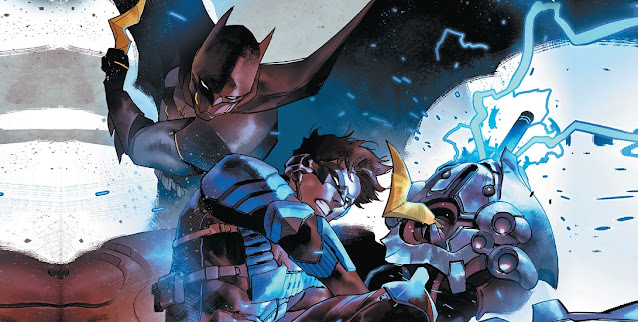 “Once Upon A Night In Gotham” – Part Two 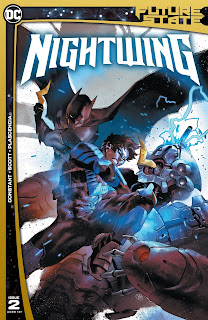 Future State: Nightwing #2 is here, and the final phase of the DC Comics event is underway. This month we catch up with Dick Grayson, the Next Batman, and Nightwing’s band of resistance fighters of the (not too distant future).

In the wake of Batman’s (apparent) death, Tim Fox has taken over the mantle of the Bat, and Dick; alongside Barbara “Oracle” Gordon, Helena “Huntress” Bertinelli, Cassandra “Batgirl” Cain, Tim “Robin” Drake, Kate “Batwoman” Kane, Kirk “Man-Bat” Langstrom, Harvey “Two Face” Dent, and Talia “Daughter of the Demon” Al Ghul; are the resistance force, fighting back against the Magistrate, and their Peacekeepers.

Andrew Constant stays true to his name, by delivering another tight, action packed, yet extremely character driven story. It’s so great to see a new Batman from outside the core family who’s not a psycho or a killer, but rather a worthy and honorable successor to Bruce Wayne’s legacy. Also, seeing a dynamic duo, consisting of Grayson and Batman, fighting side by side once again must surely be every fanboy’s dream. 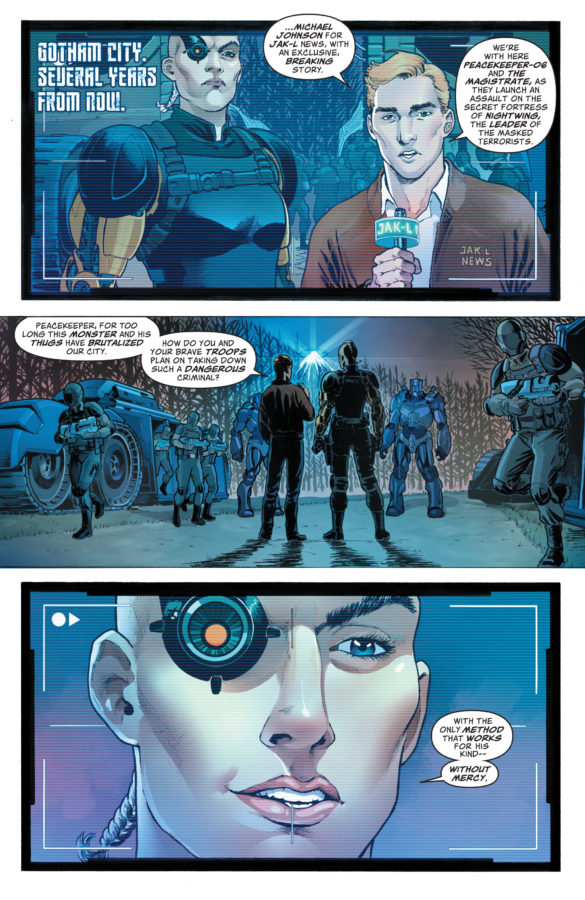 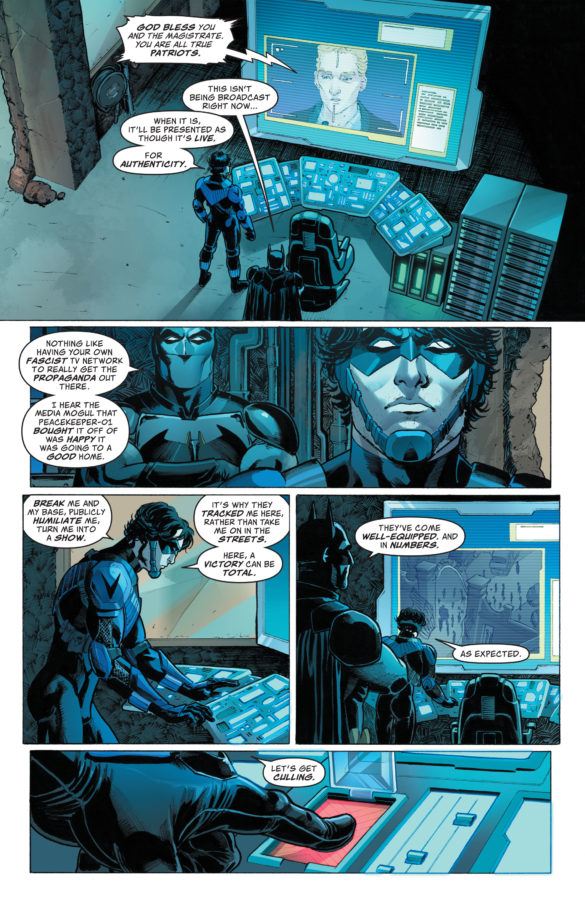 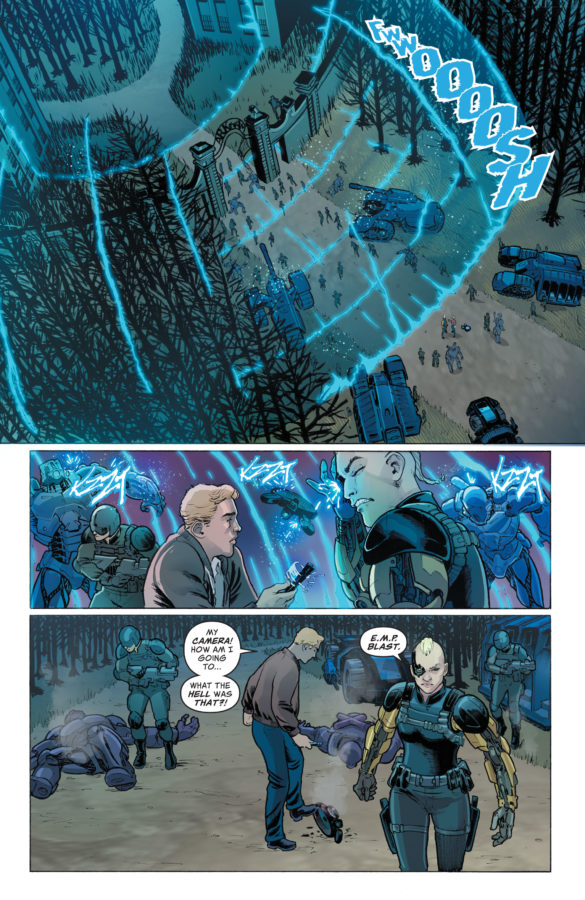 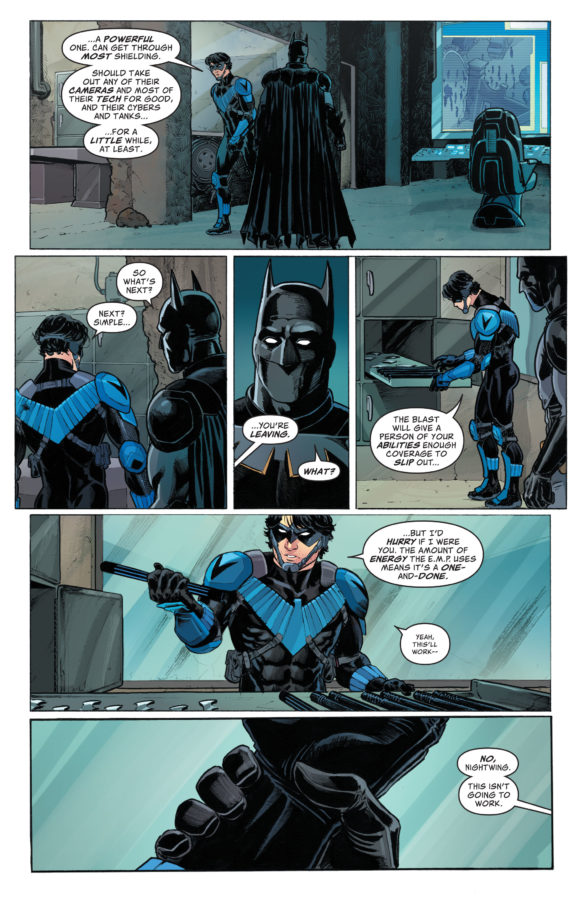 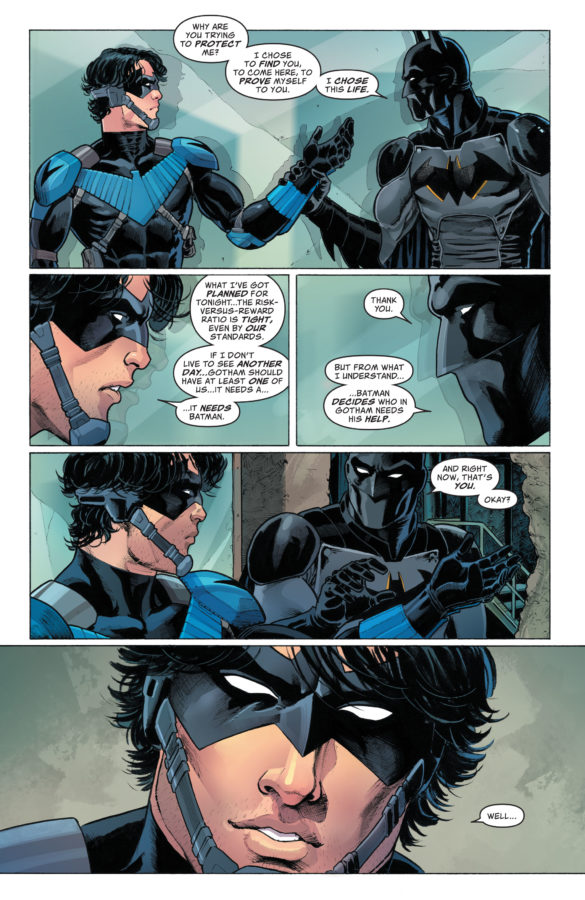 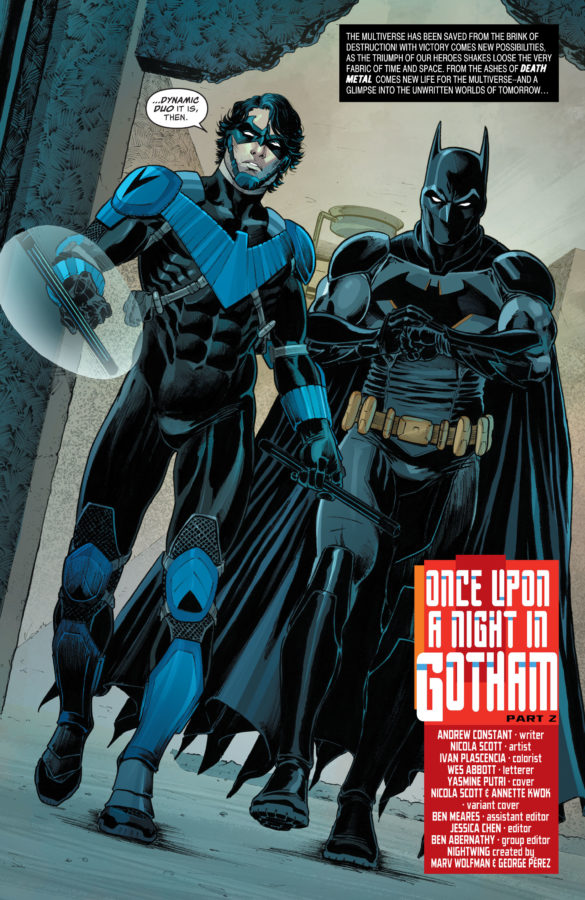 No, I’m not talking about the Magistrate’s dystopian Gotham of tomorrow, I’m commenting on the beautiful art and lettering in this book; as provided by the hugely talented Nicola Scott, Ivan Plascencia, and Wes Abbott. This issue’s just as gorgeous as its predecessor.

When the art in a comic-book is excellent, and is married to writing that’s as strong as the visuals, that’s when you know you have a hit on your hands. The pages reproduced above are great, but there’re a few scenes later in the issue, notably when the resistance makes its presence felt, that are just pure comic-book gold.

The costume designs are great, the expressions, storytelling, and action scenes are pitch perfect, and the colors both fit, and enhance the art. The letters flow, and the sound effects pack a punch… this whole book just works.

You’ve probably already guessed this, but I really enjoyed Future State: Nightwing #2. It’s been an exciting ride, we’ve seen new and very cool versions of our favorite characters, and I can’t wait to see how we get back to the present, I’m also excited to find out how what’s happening in the now could (will?) lead to this crazy future.

I’m making sure I get a front row seat, what about you?