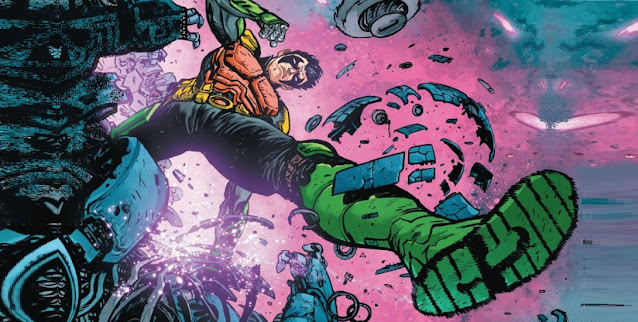 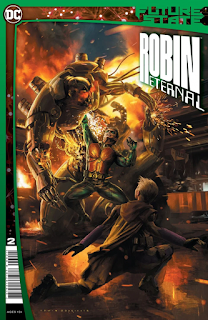 Tim Drake is dead, after being drowned in the noxious green substance known as Lazarus resin… or is he? Future State: Robin Eternal #2 answers that question, and wraps up the two part tale that started last month in real style.

Just by the way she writes Tim, Steph, and Darcy I know that Meghan Fitzmartin is a fan. Steph’s feelings for Tim, Darcy’s wide eyed wonder and panic, and the deep look into Tim’s psyche speak volumes. His inner monologue, how he interacts with “Batman”, and the way he thinks Dick and Damian see him really resonate. I’d love to see Meghan working on a regular Robin/Spoiler series. 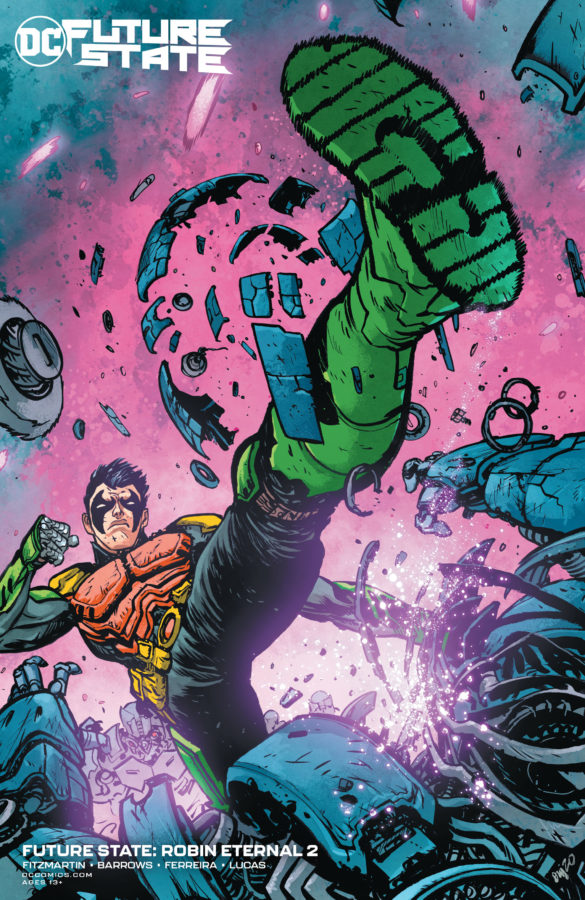 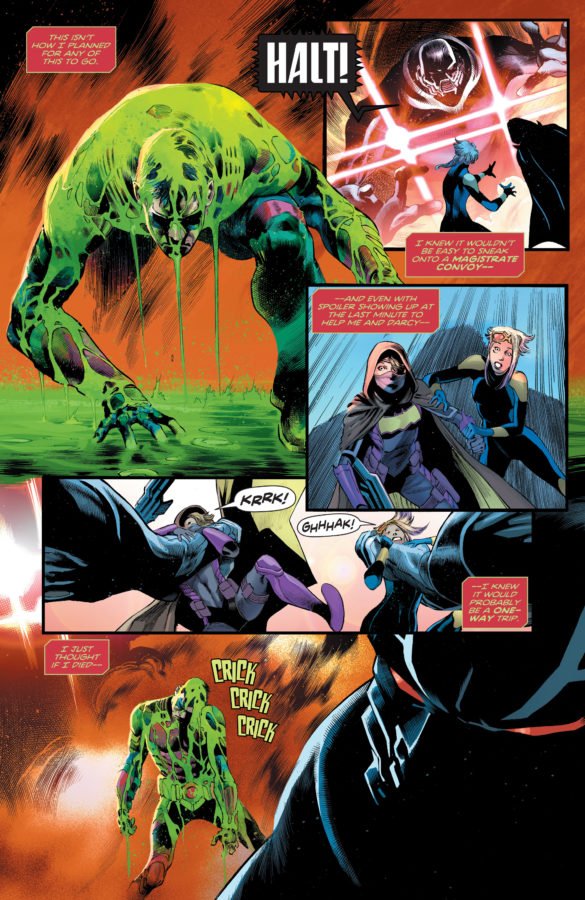 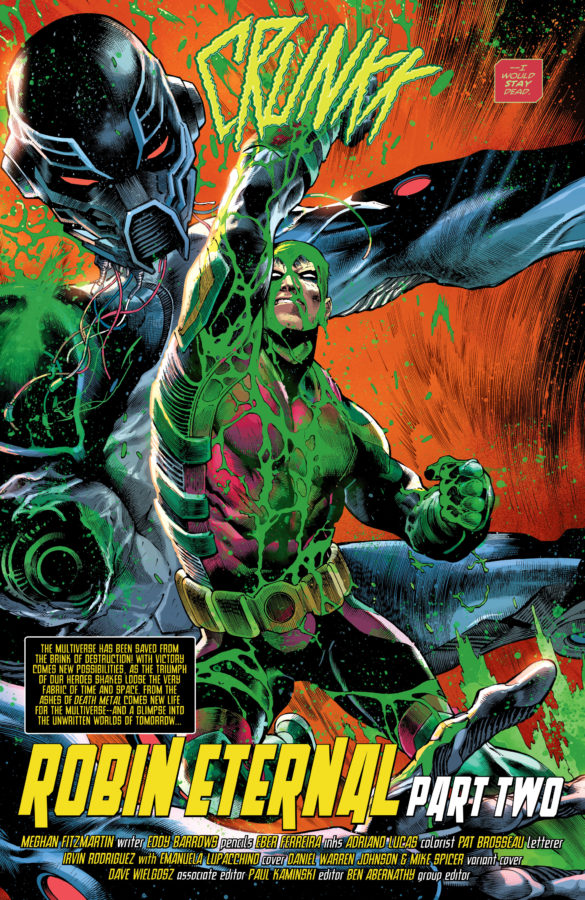 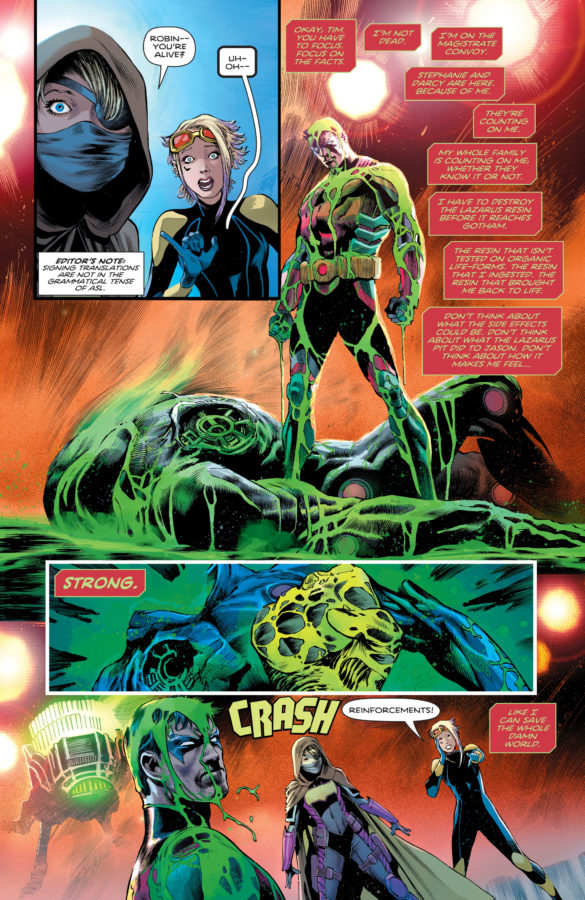 Eddy Barrows, Eber Ferreira and Adriano Lucas are simply formidable. I don’t think I’ve ever seen any of these gentlemen work with anyone else, and the fact that they make such a solid team is probably why. This book looks fantastic! Once again, Eddy and Eber’s line-art is rock solid; they way the characters express feelings that we can all see, feel and identify with is incredible, and the action is full throttle.

Adriano’s red swirling backgrounds, and the luminous, sickly green of the Lazarus resin clash, and really make the figures stand out. It really is lovely to look at. When combined with Pat Brosseau’s crisp, yet lavish letters, every page is a winner. I love the yellow on red for Tim’s inner thoughts, the sound effects crash through the page, and when we see/hear the villains/apparitions speak, we really get a glimpse into what’s going on in Robin’s head. Superb.

Future State: Robin Eternal #2 is a near perfect comic. The only criticism I could raise is that it was all over too fast, but that’s not a critique against the storytellers, it’s just that I wish we had more than two issues! The ending to this story really raises a lot of questions, and I would really love for them to be answered.

What do you say, DC? Isn’t it high time Tim Drake had his own series again? I vote for a Fitzmartin/Barrows/Ferreira/Lucas Brosseau ongoing!