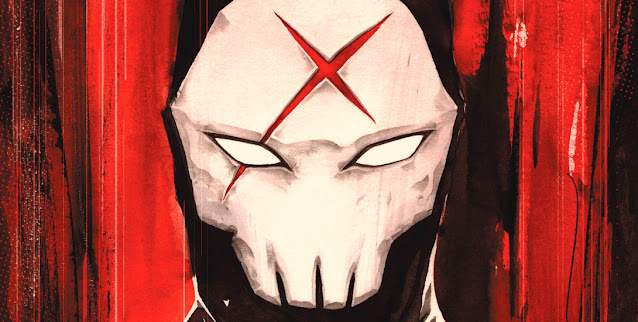 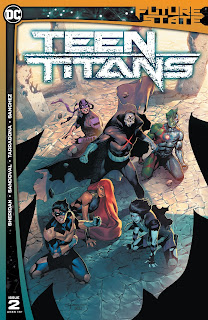 Titans Tower is a monument to a graveyard of pupils lost in a terrible battle, as the Team fights to save humanity, in Future State – Teen Titans #2

Wow, what a ride these two issues have been! Tim Sheridan really stepped up to the plate here, writing a captivating and emotional story, steeped in tragedy. This issue does a great job cutting between the now and past events, as we learn more about the threat the Titans now face, and how to stop it.

Amazingly issue #1 was the first comics appearance of this version of Red X, originally seen in the hit animated TV series Teen Titans Go! It’s here in issue #2, however, where Red X really has an impact. First appearances are always special, but the way this character is integrated into the story is perfect, playing an absolutely essential role in the events that unfold. 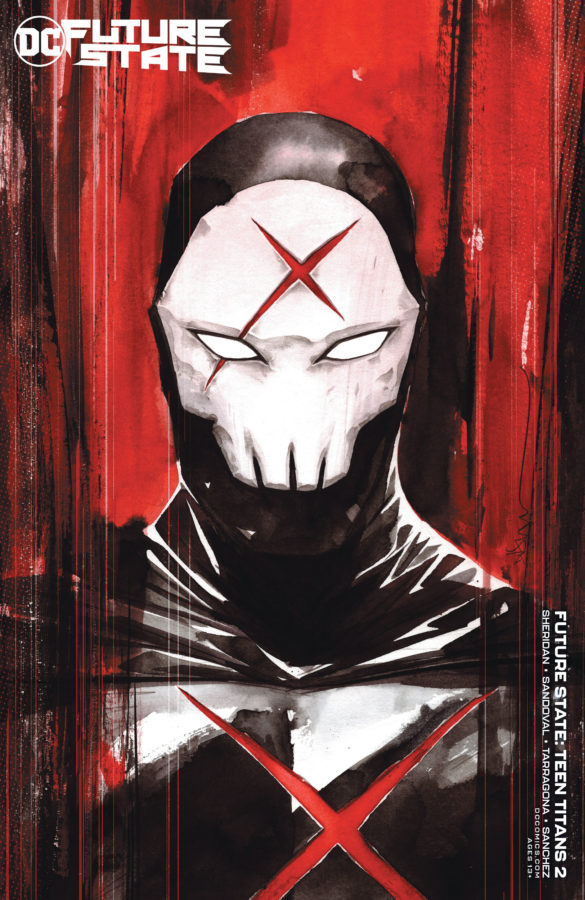 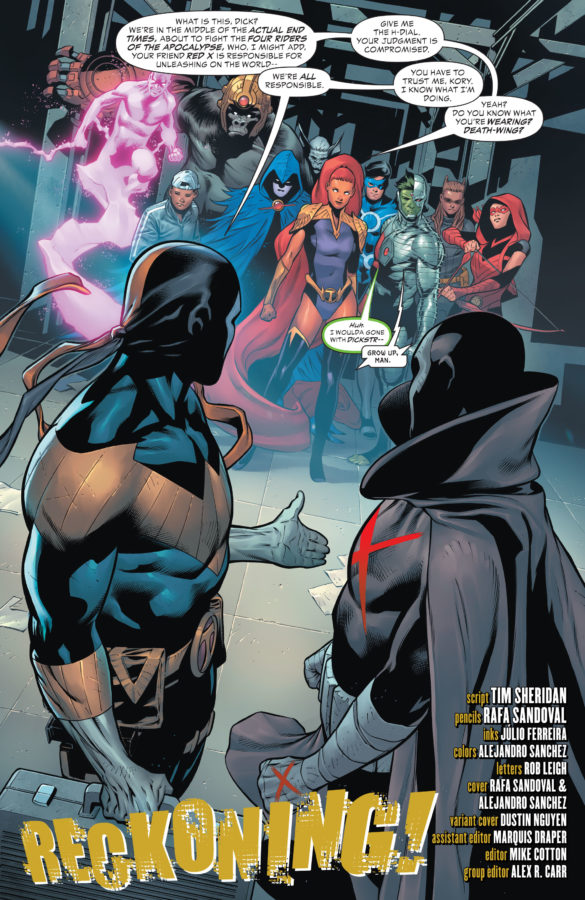 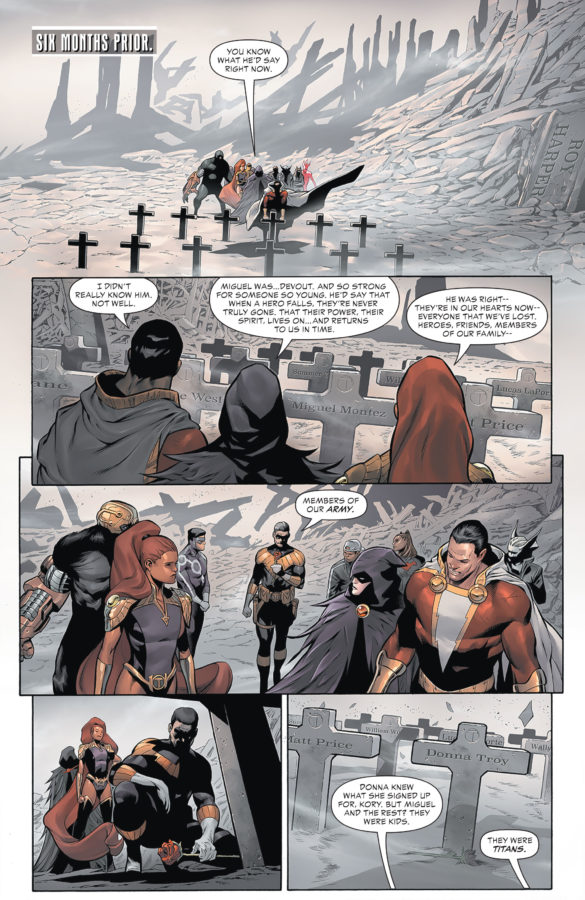 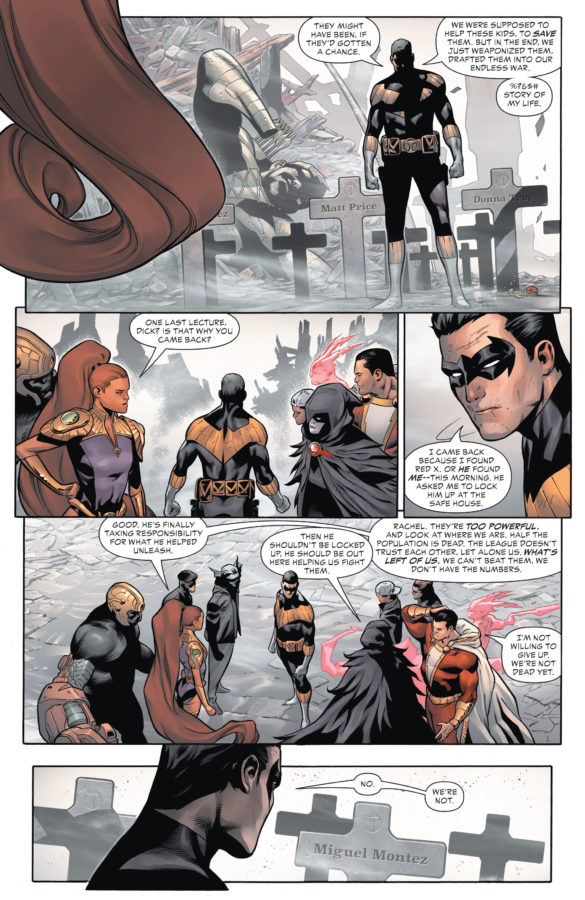 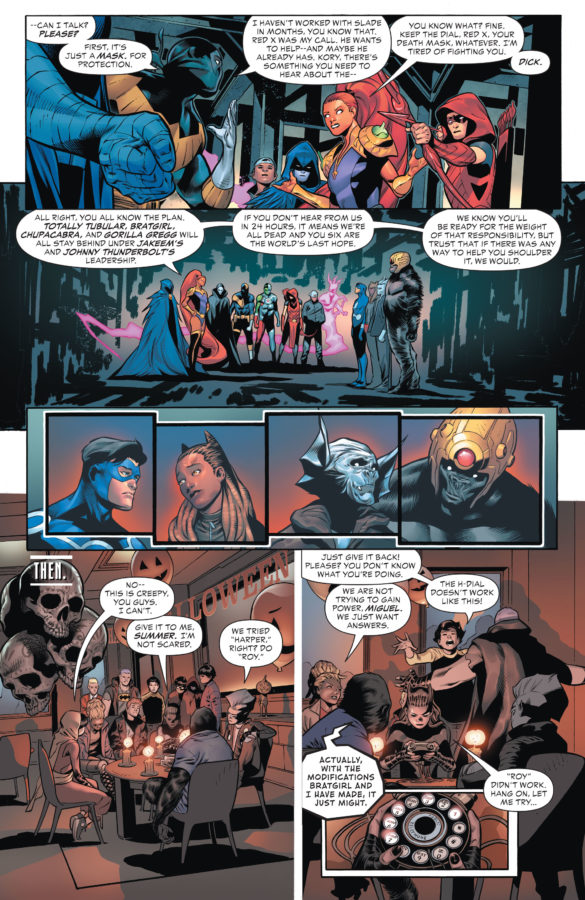 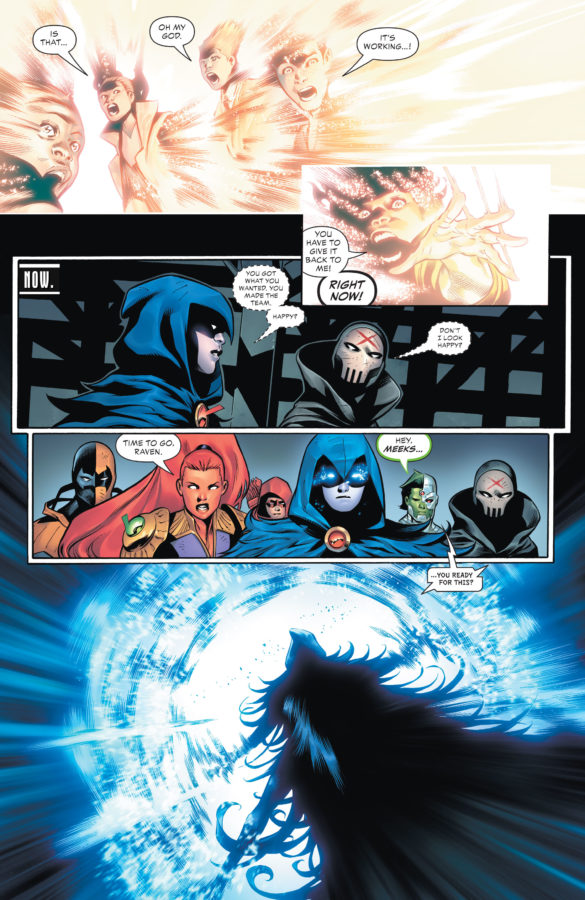 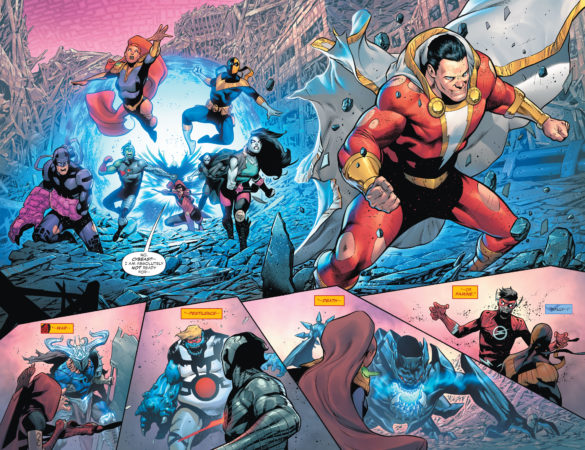 Teen Titans is always a fun and colourful book, purely down to the amount of varying characters. This issue takes on a much darker tone than normal as Raven is front and centre, using her magic in battle with the Four Riders of the Apocalypse. Rafael Sandoval, Julio Ferreira and Alejandro Sanchez have made a formidable team, and created beautiful pages of pure comic book joy.

There are so many pages in this book I could praise, but one page stands out the most for me, and it’s towards the beginning of the book, as Raven opens a portal. The page is almost split in half with two amazing scenes. The top depicts a horrific scene from the past, when the young Teen Titans are playing with an H Dial. The art and colour is so delicate, with a real Sliders or Flatliners vibe. Then the bottom half of the page is a silhouette-esque image of Raven using her powers, and the black contrasts with white and blue light that’s simply stunning.

Reading these two issues has been a joy. There’re a lot of other stories connected to Future State, and comics which lead into this one, but being able to cram this much story, re-introduce a character, previously shrouded in mystery, and have a satisfying conclusion is an incredible achievement not to be ignored. Well done to all involved in creating Future State – Teen Titans #2.