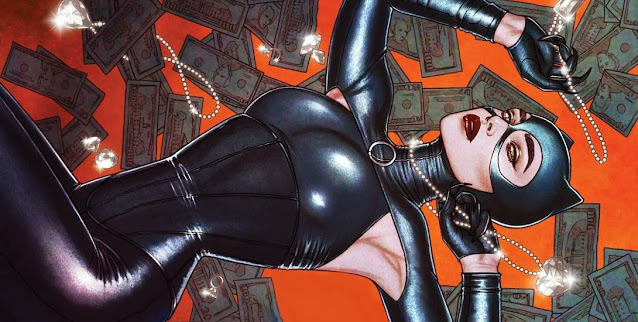 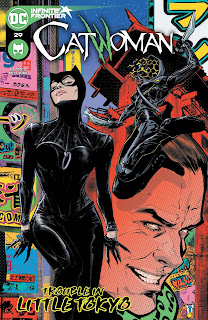 With the state of the future up in the air, Catwoman #29 returns to the present, and the whirlwind of previous issues, and key Bat characters like Poison Ivy and The Riddler. Their fates hang in the balance, after the sudden appearance of someone new, and very dangerous. When you pair that with the ongoing thread of the most dangerous bible basher ever, we have all the action, and weaving plots of a new classic.

I must personally say that the double page spread of Selina wearing very little, summing up the last few issues’ action, while still keeping the power over her police ally, is both the least boring recap section in recent memory, as well as a real vision of Selina’s character. She utilises her allies, but they aren’t truly her friends. 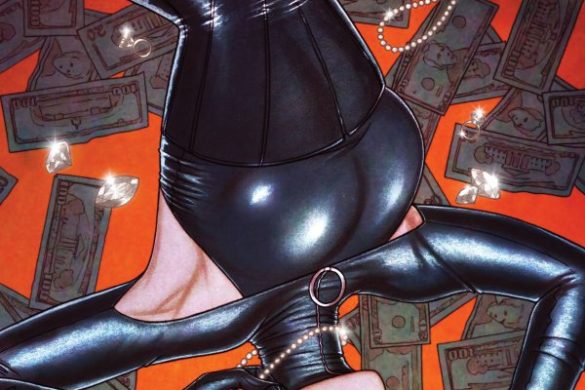 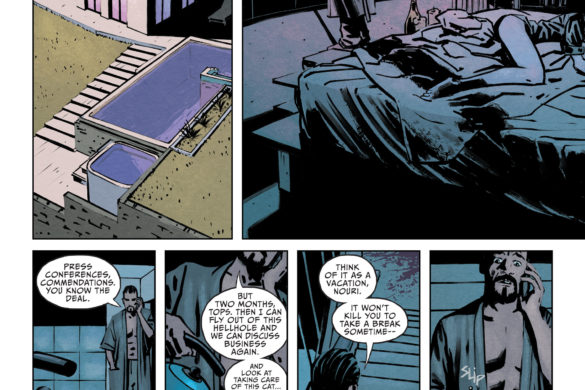 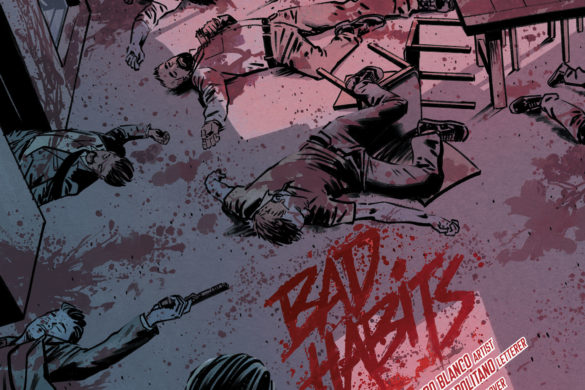 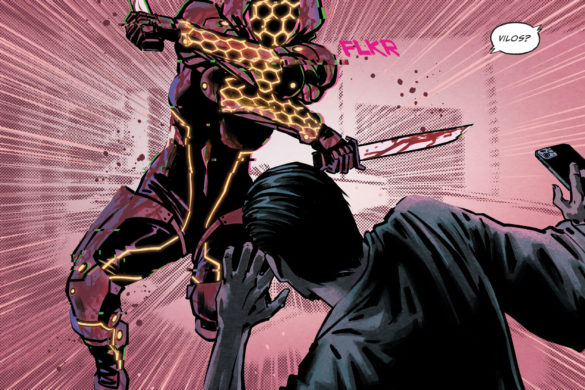 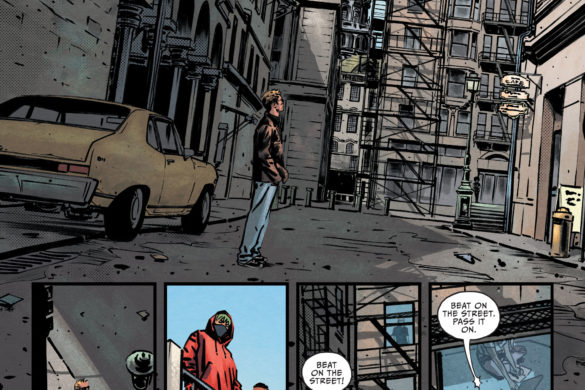 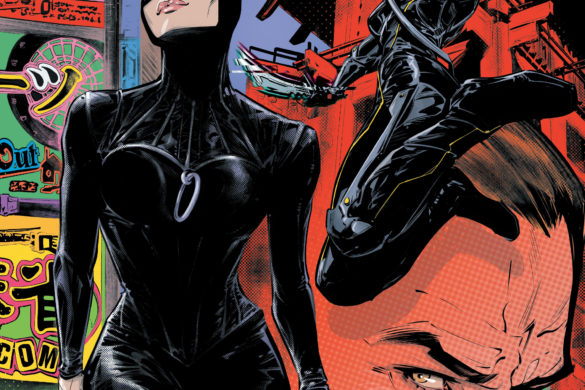 A muted green runs through Catwoman #29, and we see it in both the strange laboratory, as well as the color schemes of the Riddler and Poison Ivy, both of whom are in serious danger. We can also see this particular hue as a visualization of the strange, and unknown. It’s a very cosmic, radioactive green, masterfully chosen by Jordie Bellaire to show the strange science and mysterious intentions of the new force stealing Catwoman’s attention.

I want to share my love of the page depicting Catwoman swinging through Chinatown. Not only does it show off this unusual green well, but Tom Napolitano lines up the narration so that we slink down the scene with Selina. Not only that, but the Chinese characters across the page make it feel so recognisably a Chinatown, but one of a city that no one’s ever been to.

It’s this page that makes me feel that a flowing, co-operating creative team is handling this title so well.

I’m eager for a result that keeps everyone safe, but with the mixture of characters inhabiting these realistic Gotham skylines, I trust this creative team to be capable of just about anything.