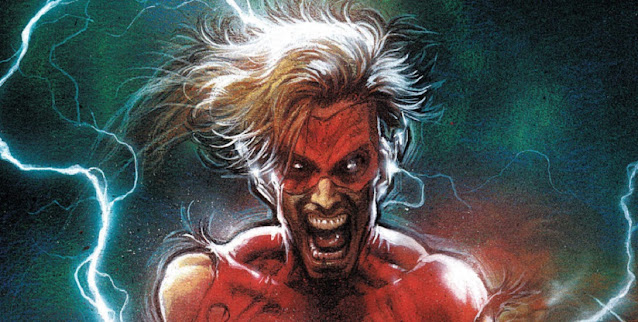 The speed force has left the speedsters.  With no powers and only themselves to count on, Barry Allen and former Flashes like Jay Garrick, Max Mercury, Avery Martell, even Bart Allen are trying new ways to persevere. Adapting their arsenal from their villains technology, they still fight for justice. But they also fight for the return of one of their own. Wally West has become a villain in this universe, possessed by someone or something that is causing him to to act in heinous ways. Barry has hope to save Wally, but will his hope be enough? Or has Wally crossed one too many lines to come back from? 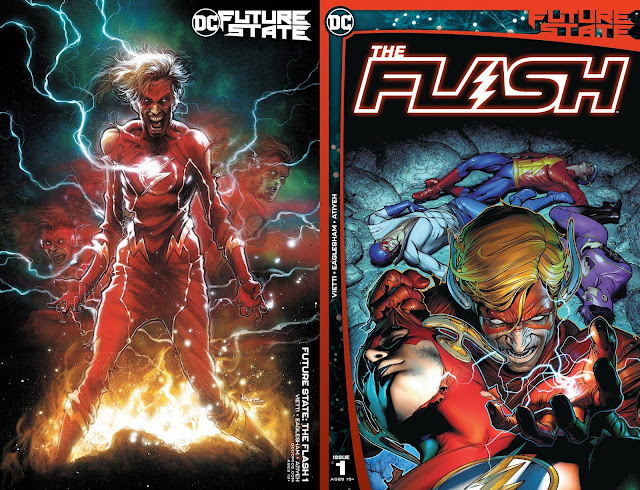 Future State: The Flash #1 is not a book to be played with. It lands a speedy punch right into the side of your noggin to be sure. I was sold just seeing the familiar name of Dale Eaglesham, who has been a part of some of my favorite series, including JSA: Thy Kingdom Come, if we’re name dropping. I knew I was in for a visual masterpiece at the very least. The talent on this book did not hold back in any way.

There are going to be those who love the story and those who do not. Wally West has been cast as a villain before, most notably in Tom King’s Heroes In Crisis. For me, I love the take on having a hero break bad, and with this being but one of many different variations of the world and of this character, it makes sense. 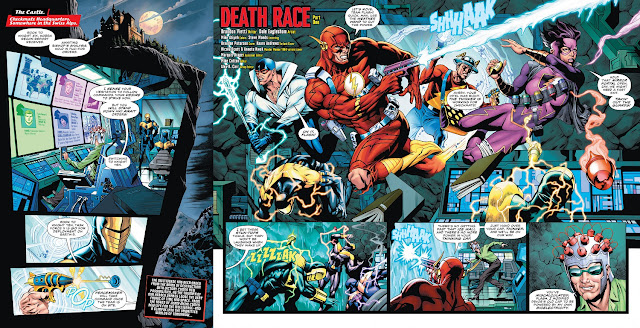 What better hero than one who has been as pure as The Flash is? This is coming from a huge fan of the series, and of the characters within. I loved seeing the use of technology as a replacement for the speed force. It fit so well with the mantra of keeping moving forward. I also thoroughly enjoyed seeing all of the different Flashes on display. Barry Allen's intuitiveness was on full display as well, which was really nicely showcased. I look forward to seeing more of it.

For me the only negative was the reveal of the true villain, which I can’t really go into without massively spoiling the book. It isn’t even really a negative as much as a “hmmm” moment. I'll reserve my judgement until I see how they will fully utilize this angle. 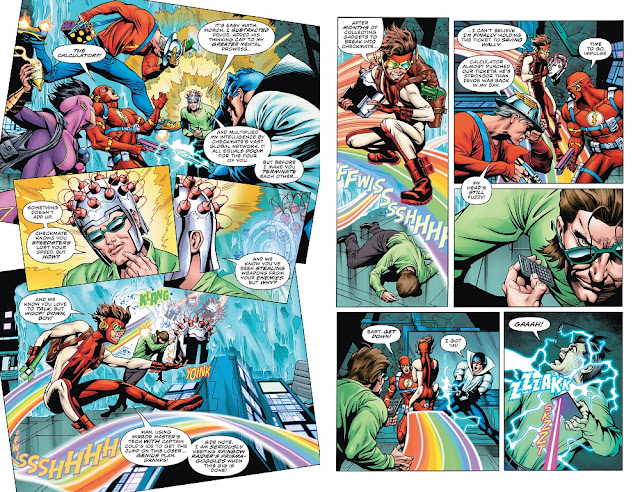 For me this was a solid step and honestly, of all the Future State offerings I've gotten a chance to read, only Harley’s book stands above it for me as a favorite. It's definitely a book I would recommend taking a shot with yourself, to see where your feelings lie, whether good or bad.