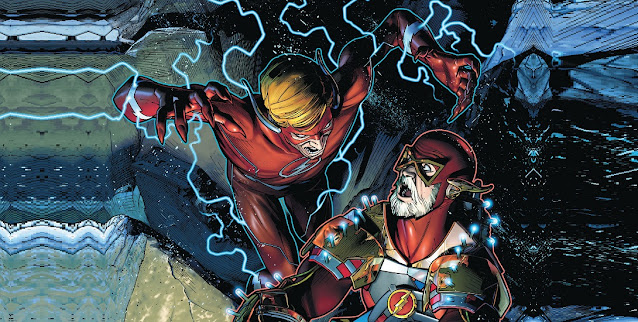 Future State: The Flash #2 sends a very clear message – be careful what you wish for. The Flash clan have always been beacons of purity in the DCU, seeing the best in all around them. This tale turns that on its head.

Two months after the altercations of Future State: The Flash #1, Barry Allen's trying to rise above all the losses he's faced. Science is his inspiration, and he's utilizing all the weapons gathered in his wins against the rogue’s gallery. Plotting an all-out onslaught to the end, against Wally and Famine, hope may prove to be the be the end of poor Barry Allen. 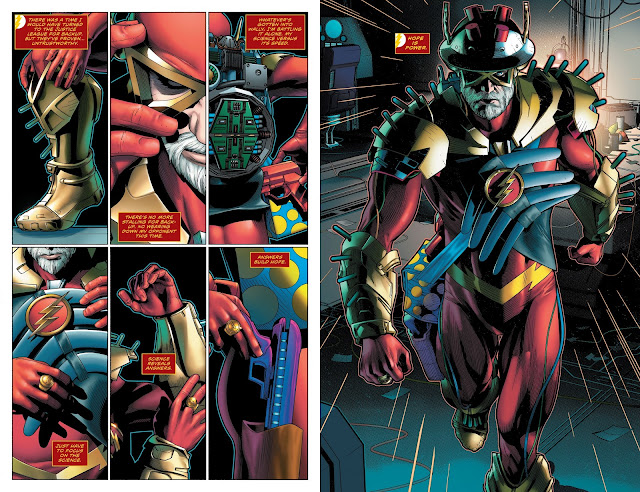 This isn’t the first time readers have seen such anguish in a Flash title, but it's heavy to take. Barry's relying on science, the one thing that's always helped him to cope with the stress of his reality, and that's usually served him quite well. Along with that, he also has his determination to believe in the best of those he loves.

I won’t give false hope though, this tale has many sad moments.

I wish that there were more to the story, but I know this is a one-and-done, spread out across two issues. In order to get more, though, it seems the Teen Titans part of Future State will be required reading.

This was so different from any of the Flash titles I've read previously. Between issue one and two, it was hard to hope for any kind of happy ending, but I guess that's for the readers to determine. Given the artwork and storytelling, this part of the Future State is vital, especially when it comes to whatever part the Four Horsemen still have to play.