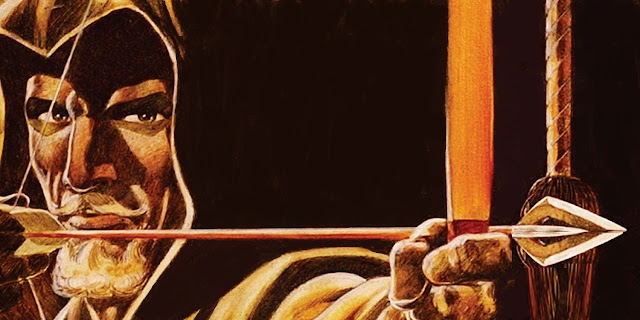 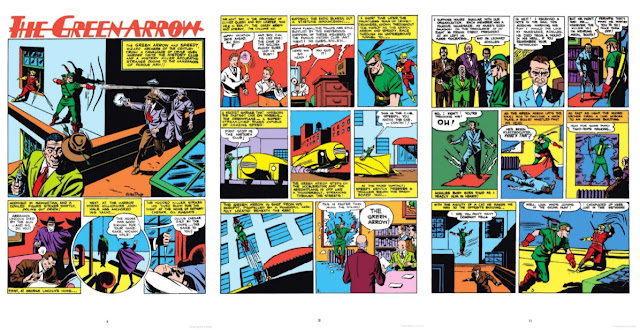 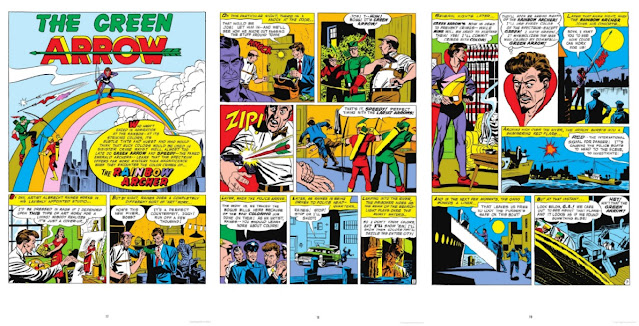 The last few years have been remarkable ones for DC Comics, as many of their greatest characters have been celebrating milestone anniversaries. First, there was Superman's 80th, back in 2018, followed by Batman in 2019, and Robin, The Joker, and Catwoman last year. 2021 will see the 50th anniversary of Green Lantern John Stewart and has already seen the 80th of the original GL, Alan Scott. The gentleman I'm talking about today, however, while still green in hue, is a far different - yet closely related - character. Yes, folks, I'm talking about Green Arrow: 80 Years of The Emerald Archer.
DC Comics frequently releases massive anniversary specials featuring brand new stories, but this beautiful volume looks back at, and re-presents, classic stories going all the way back to Oliver Queen's debut in More Fun Comics #73.
The amazing thing about this particular book is the way that the stories, even though they were released years, or even decades apart, seem to flow into each other or even follow on from each other. The people that curated the contents for this book have done an incredible job in, not just selecting some of the finest Green Arrow stories ever published, but presenting them in a way that will help any fan of the Emerald Archer understand the character and familiarize themselves with Oliver Queen's amazing supporting cast. 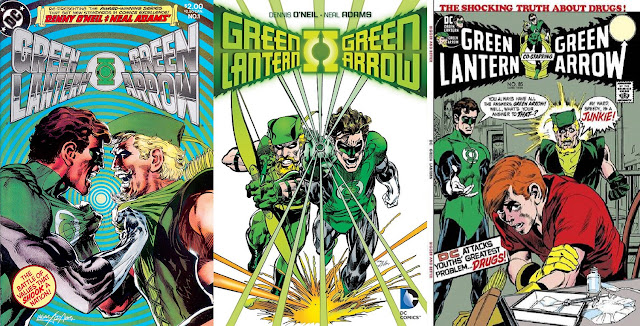 Every era, Golden, Silver, Bronze, and Modern Age is represented and, in my opinion, every story collected is a winner. I mean, look at the roster of talent in this book! From GL creator Mort Weisinger to legendary creators like Dennis O'Neil and the man who brought Oliver into the grim and gritty real-world of late 20th Century Seattle, Mike Grell, and modern-day masters like Grant Morrison, Kevin Smith, and Jeff Lemire. Yes, I loved every bit of it, but even if you're not a die-hard fan like I am, there's something in this book for everyone.
Not only are readers treated to vintage GA adventures, but some of the greatest writers and editors behind them have also written great little intros and essays regarding the character. All of them are fantastic, though the one where Mr. Queen himself recounts his trials and tribulations to Arroweverse writer, and all-around good guy Marc Guggenheim, is a particular favorite. 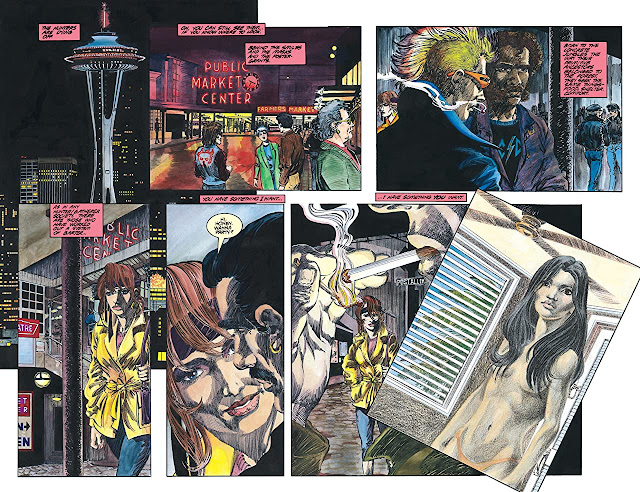 Of course, Oliver Queen isn't the only character to have fought crime under the sobriquet of Green Arrow, his son Connor Hawke also used the names, and related weaponry. A couple of Mr. Hawke's adventures also appear in this volume, and they brought back many fond memories.
Fans of Roy Harper, Mia Dearden, Dinah Lance, and Ollie's teammates in the Justice League will also find themselves very well served. Yes, indeed. This book really represents a terrific cross-section of the life and times of the Emerald Archer of Star City and Seattle. 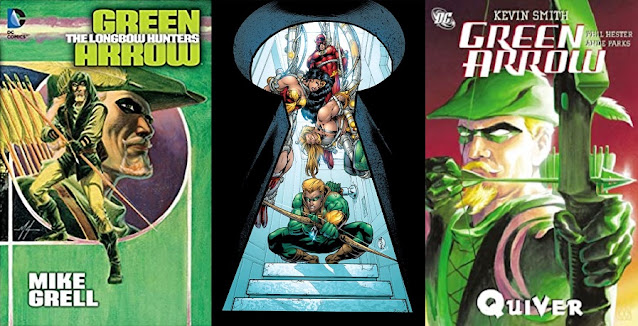 Green Arrow: 80 Years Of The Emerald Archer is pure joy, from cover to cover. I loved it so much that it had me scrabbling for my long boxes, seeking out the rest of "The Longbow Hunters", and "Quiver". If this book does the same for you, then it's done a great job. If you don't own these stories, and the collection makes you want to seek them out, then that's a plus too!
This is one of those books that stands up beautifully by itself, but will also entice fans to read more. What could be better than that?