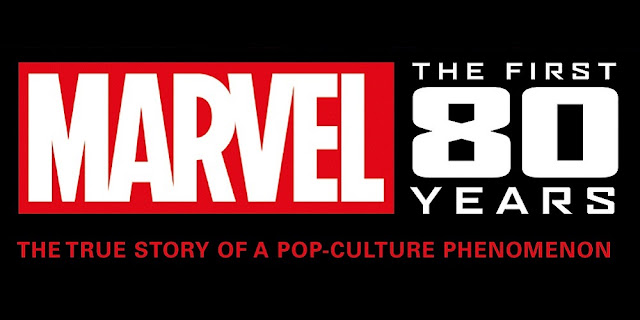 Review by Matthew B. Lloyd

Any book that attempts to encompass an 80 year history of anything is bound to miss something. That said, Marvel: The First 80 Years - A Pop Culture Phenomenon does a remarkably good job of hitting the highlights, while also including a few deeper surprises.

The highlights of the past 80 years are of course a necessity for such a work. One could always argue for the inclusion of certain events over others, but for a survey of Marvel Comics history the book gets a lot right.

The book breaks down the 80 years into decades. Each decade section contains an introduction followed by a short essay on the comics, the characters, the creators and social impact. Additionally, there's a timeline that runs across the bottom of the pages that works particularly well.

Of course, it goes without saying that the book includes a plethora of images. Some are full page, some half, but they're all wonderful representations of the works being discussed.  There are even some photos of the writers, artists and other important contributors. Comic creators by and large are not really known by their appearance, so it’s great to have them represented this way when possible. 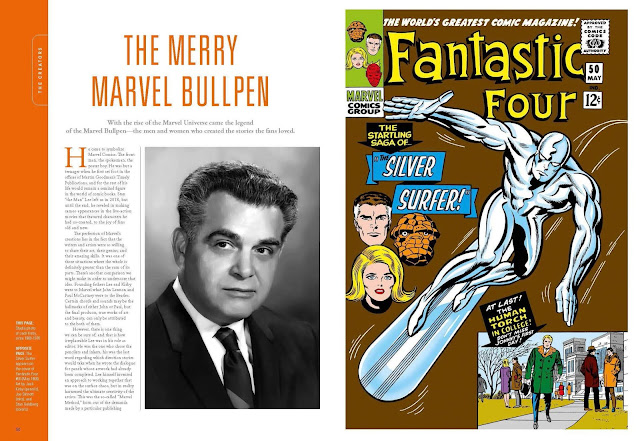 The Marvel Age of Comics

By far the sections on the creators and social impact are the best. The cultural resonance sections in the chapters that discuss the Marvel Comics in the ‘60’s and ‘70’s stand out. They show how this was a particularly innovative period for Marvel, and how comics found a new place in popular culture.

There's a very balanced approach to Stan Lee’s role in Marvel’s history. While it would be hard to understate Stan’s importance, but one could easily overstate it. This book finds the middle ground that emphasizes his known contributions, especially his editorial direction for the company and his post-creative period. This was where he focused on Marvel in other media and in public relations. This allows the contributions of artists like Jack Kirby and Steve Ditko to stand out, as there's an explanation of the “Marvel Style” that demonstrates the impact artists had as storytellers, above and beyond their artistic roles.

It comes down to the extras and the details that really make this book. The section on artist Joe Maneely is the first thing that really jumps out. Certainly not a recognizable name to the general public, or even many comics fans, Maneely finally, and deservedly, gets his due here. 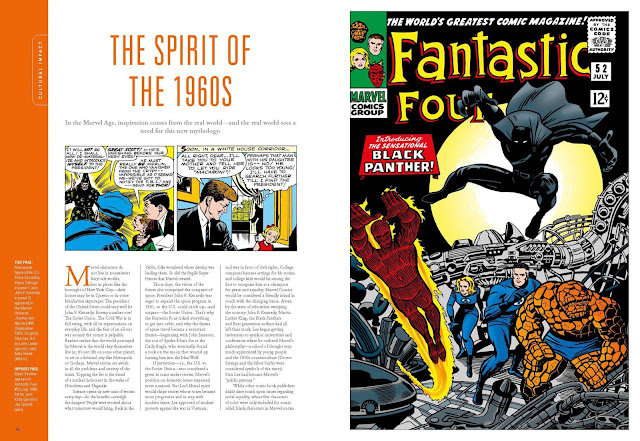 Outside of the project just not being a more comprehensive look at Marvel, there are times when the format of the book doesn’t always work. While breaking down the history into decades works quite well, within each chapter there are sections that focus on “the comics,” “the characters,” “the creators,” and “cultural impact.”  This format doesn’t always line up with the very effective timeline that runs across the bottom of the pages. Consequently there’s a bit more jumping around than necessary and a bit of redundancy in the text at times.

If the book were approaching the history by topic or theme it might work, but since the work is essentially a chronological approach it can be awkward. Nonetheless, there doesn’t seem to be any sort of extemporaneous content, despite the back and forth. 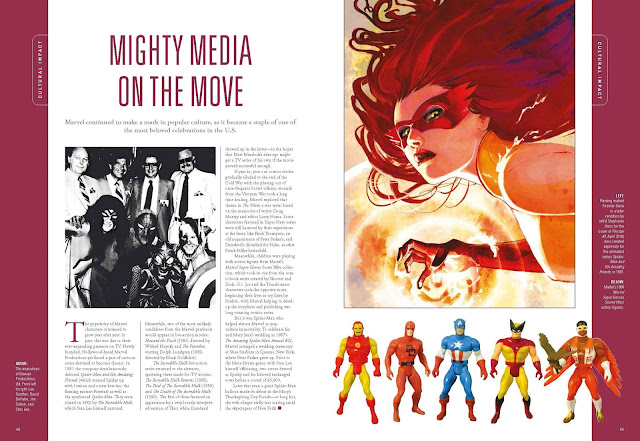 The knowledgeable comic book fan will enjoy this book, even if it doesn’t always break new ground. As a coffee table volume, intended for the general public or a new comic book fan, it delivers a wealth of information into an unexplored world. The format may work better for those readers for whom nearly everything is new. Though it's an overview of Marvel’s history, the book does stray into deeper territory in some of the cultural impact sections. All this, along with the spectacular art reproductions are the biggest strengths of the book.