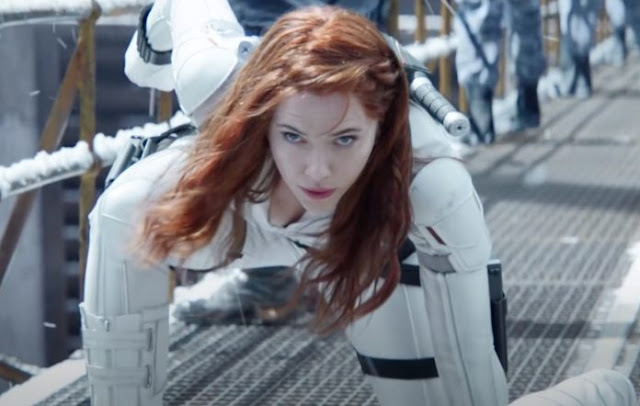 Black Widow is a movie that's been a long time coming. Not just because it's been repeatedly delayed due to the COVID-related theater closures, but because it's taken forever for Marvel to listen to fan demands for a Natasha Romanoff solo film. While Black Widow is a solid Marvel movie, the biggest problem is nothing the filmmakers could control: a feeling of catching up.

Black Widow's set right after Captain America: Civil War. In that film, Natasha  ended up betraying Tony Stark's Avengers and the Sokovia Accords in order to help Captain America. Due to her betrayal, she's now on the run from the United Nations special forces.

When we're re-introduced to the Natasha of the "present day" of 2016, she's trying to live a life under the radar, but is quickly sucked into an espionage plot when she finds out that the Russian organization that trained her - The Red Room - and its leader, Dreykov, are still active. Furthermore, we discover that Natasha's adoptive sister Yelena Belova is also a Black Widow and enlists her help.

Black Widow is about two things: redemption for your past sins and family. The latter's theme is particular dynamic is extremely amusing, specifically, the sisterly relationship between Natasha and Yelena is a lot of fun. When the two are attacked by Dreykov's main henchman the Taskmaster, the real highlight of the scene is seeing the two bicker about what's the best way to defeat him. 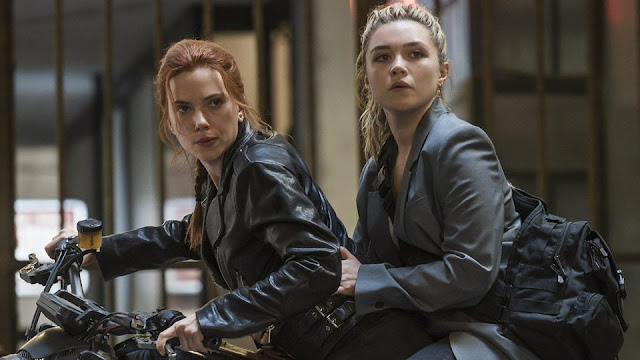 The movie doubles down on the family in-fighting when Natasha and Yelena reunite with their adoptive parents, the Red Guardian and Russian scientist Melina Vostokoff. However, at this point the family dynamic feels a little forced, because of how the adoptive parents' dialogue infantizes Natasha and Yelena. it is ridiculous for Melina to critique Natasha's posture, since Romanoff is a full-grown woman and professional assassin.

The film is also surprisingly muted, in respect to the more typical Marvel movie in-jokes or one-liners. This is not a bad thing, but definitely makes it feel different from its MCU counterparts. Red Guardian is probably the biggest source of comedic relief, and seeing David Harbour playing a super soldier who's way past his prime, strutting around like he isn't 50 pounds heavier now is a joy. While some of the jokes about this are a little cliched, they work.

They certainly fit in better than Bro Thor jokes from Avengers: Endgame. This is because Red Guardian jokes are always in-character, and even cause drama with the other family members. Unlike Bro Thor, this movie doesn't make easy one-liners about needing to eat a salad. 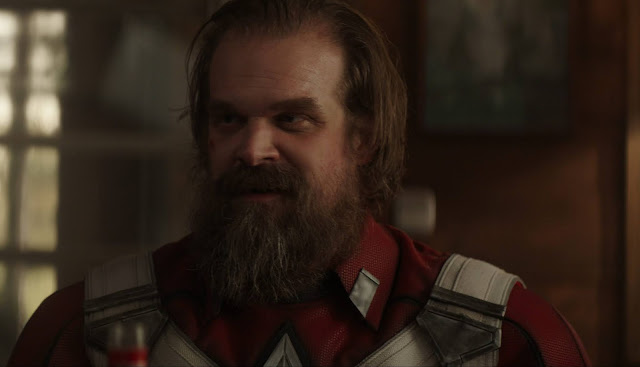 Natasha's development in this film feels like the writers took all of the character arcs from her collective movie appearances, and consolidated into a single narrative. It almost plays like a greatest hits record of Black Widow's big moments. She has a lot of guilt for the deaths she's caused in the past, she uses her unique powers and abilities to trick her enemies, and needs to learn the value of family again. These beats may feel overly-familiar to hardcore MCU fans, but the movie puts a different enough spin on it to prevent it from being redundant.

Probably weakest character in the movie is the Taskmaster. I personally found The Taskmaster as a villain underwhelming. The character has the ability to mimic one's fighting style just by seeing their opponent do it. This should easily raise the stakes in any action scenes and presumably leave audience members wondering how Natasha could ever overcome such an unstoppable killing machine. 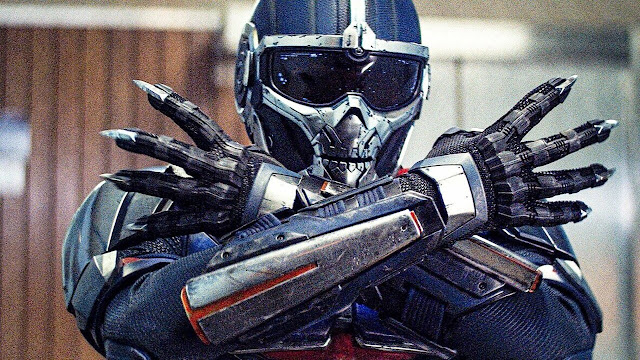 However, for me the action scenes never give that sense. In fact, the Taskmaster always seems to be really easily tricked. There's also no sense of danger that our heroine is being overwhelmed by his powers. Taskmaster's fight scenes and the mystery around his identity feel small compared to, let's say the Winter Soldier's introduction.

The biggest weird critique of the film is its placement on the MCU timeline. Knowing that the majority of the movie's events take place prior to Natasha's death in Avengers: Endgame really sucks a lot of excitement out of the movie. Knowing the character's eventual fate blunts the fun of the action scenes, as well potentially disappointing fans who want to see the fabled Budapest mission Black Widow and Hawkeye took part in.

It's difficult to fault the filmmakers about this, since they weren't responsible for the choice to kill off Natasha in Endgame, or the studio's heads for stonewalling efforts to make a female-led MCU film for years. However, the parting thought after watching the film wasn't excitement, but frustration why Marvel didn't make this movie logically, directly after Civil War.

In conclusion, Black Widow has a lot of great character interactions and fight scenes to make it more than worth a theater ticket. It also showcases amazing acting talent, particularly Florence Pugh as Natasha's sassy, Russian sister and Harbour's Red Guardian. I felt a tinge of disappointment with the Taskmaster, and the weird placement in the studio's release schedule. But overall it is a solid Marvel effort.