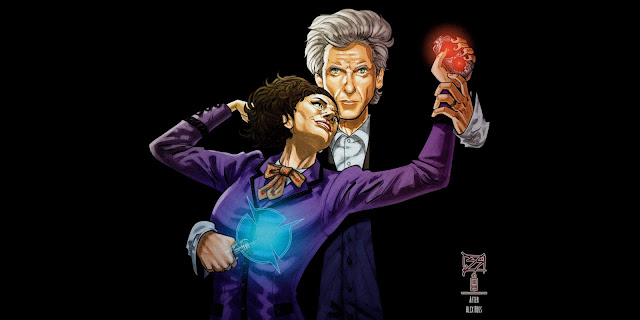 Doctor Who: Missy #4 ends what’s been a fun-packed flight of fancy through time, space, and the BBC archives. We’ve had twists, turns, shocks and cameos, plus a story that surprises and keeps you guessing ’til the very last page. 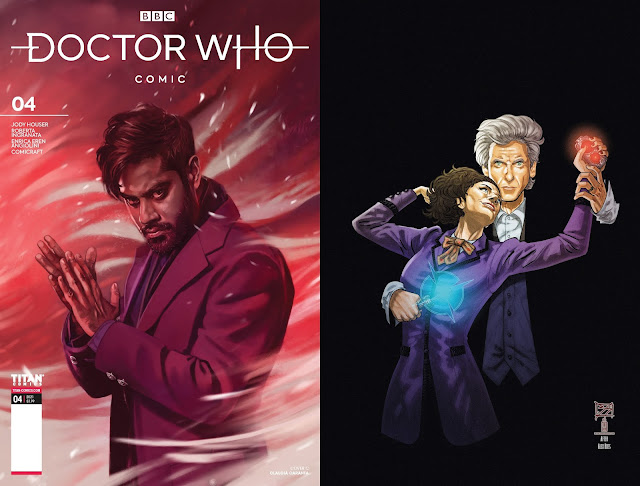 Titan Comics bagged themselves a winner when they got Jody Houser to write Doctor Who. Every issue is fun, yet packed to the brim with suspense and thrills to match. This series is one of the very few adaptations to wholly translate the spirit, atmosphere and feel of a TV show to the comics page.

The Doctor has been enthralling audiences, on and off screen, for close to sixty years , and this year marks the 50th anniversary of his nemesis, The Master. This four issue mini-series has celebrated this anniversary in style. 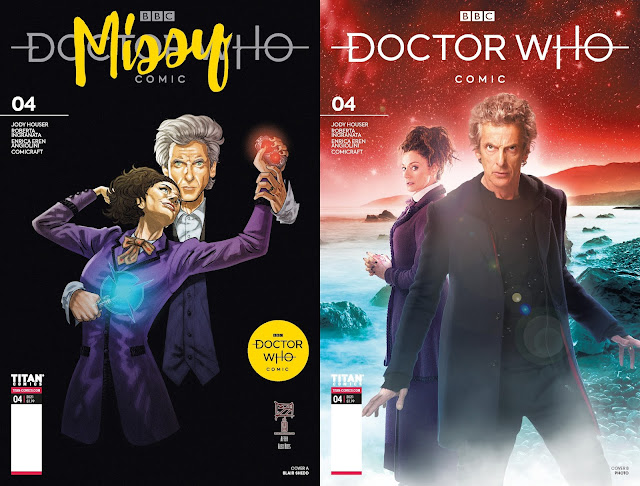 I’m not usually one to fall for the variant covers ploy, but Titan Comics have produced art for the ages with this series. Heck… they’ve done it with all their Doctor Who books. Every one of these works of art deserves to be framed, and Doctor Who: Missy #4 could actually boast the best three covers of the series… and that’s saying something! 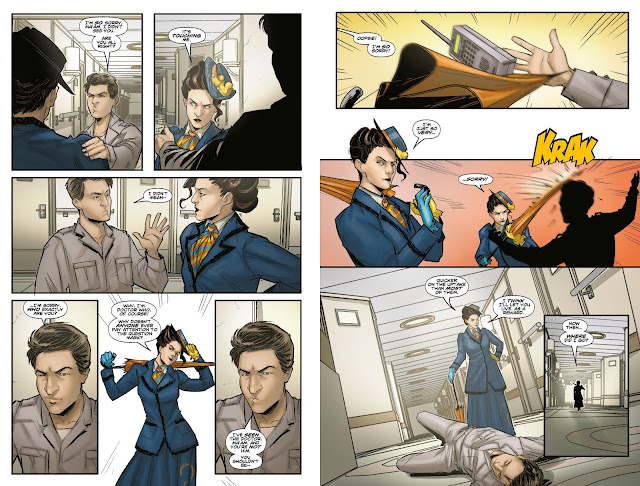 It’s not just the covers that look great, though. I’ve been singing Roberta Ingranata and Enrica Angiolini’s praises for a couple of years now, and it’s clear to see why. These ladies are wonderful storytellers, and the fact that they’re producing work for Titan, Aftershock, Image, DC Comics and more, between them, proves this.

It’s got to the stage where I will pick up any comic I see with either of their names on it. 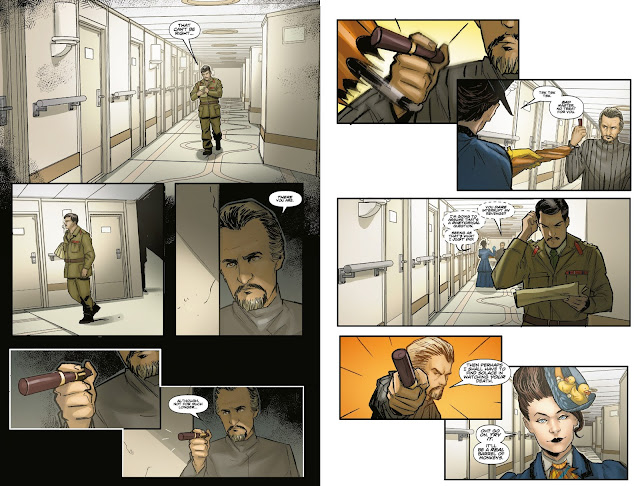 U.N.I.T. HQ looks exactly as it does on the show as it appeared in the 1970s, and every character; from the Brigadier to the original Master, Missy, and both the 3rd and 12th Doctors, are instantly recognizable. I know that having your own style, yet needing to also use faces that fans have known and loved for decades is a difficult task, but Roberta and Enrica do a Masterful job every time. Pun fully intended.

A tip of the hat also to Mr Richard Starkings; letterer par excellence and the man behind Comicraft. I’ve been a fan of his work for decades; following him from 2000AD, to Marvel UK, and Doctor Who Magazine, through legendary books like Batman: The Killing Joke, and Batman: The Long Halloween (I’m really looking forward to seeing Mr Starkings reunited with Jeph Loeb, and Tim Sale this coming October for the sequel).

This guy doesn’t get older, he gets better. 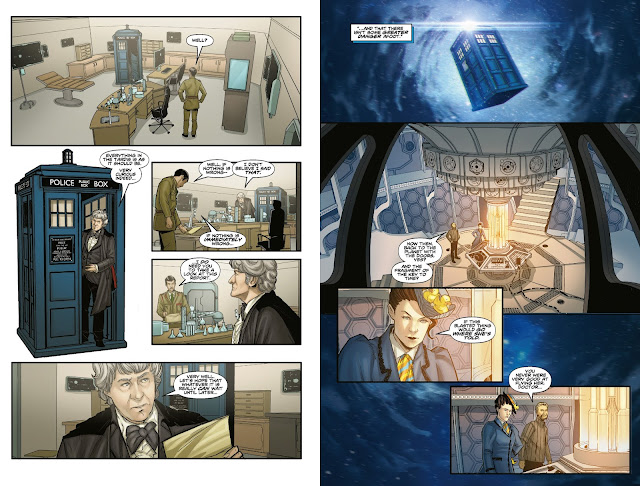 The fact that this series only ran for four issues. Trade paperback, please!

I’ve loved this series, devoured it digitally and even gone out and bought physical copies. This is also one of the events where I’ll even invest in the collected edition. Doctor Who fans need to pick this up, as it’s just like having fresh new episodes when the show isn’t on TV.

Great writing, characterization, art, colors, and lettering mean that Doctor Who: Missy #4 has delivered on every front.