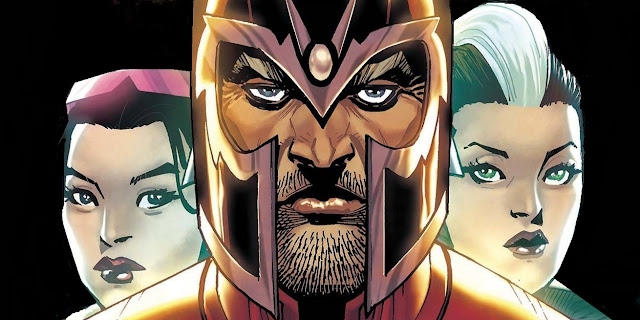 After the epic marathon that was "King in Black" and DC Comics' "Future State", Marvel has decided to slow things down just slightly with the seven issue event known as "Heroes Reborn".

Some of our older readers may remember the 90’s event of the same name that split some of Marvel’s biggest stars into their own separate universe. This modern day "Heroes Reborn" follows a similar basic premise, but this time only one hero has been affected, Blade.

The world appears to have been changed around him, and there appears to be one fundamental shift that affected the world he finds himself in. Captain America is still missing after the events of World War II. He was never found by The Avengers because in this reality they never existed. The greatest heroes of this world are the Squadron Supreme, led by Hyperion. 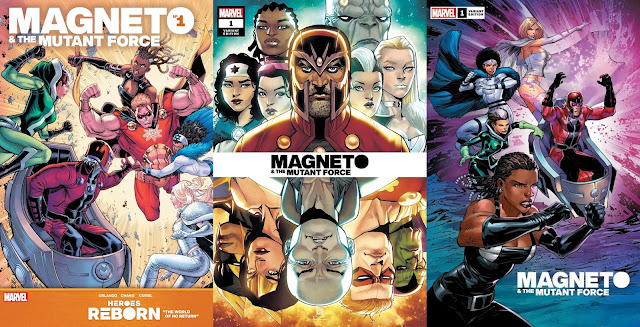 It's very hard not to make comparisons to DC’s Justice League, and that's because this is exactly what Marvel want you to do. Imagine if Marvel Comics was full of the DC heroes facing off against Doctor Doom, Hulk, and Galactus? It's obvious that they're bringing in Superman, Batman and Wonder Woman, but without all the legalities that this would involve.

The core title, written by Jason Aaron, takes the familiar and warps it into a world that, while familiar is the MU that we know, is still very different. Phil Colson is President of the United States, Thor is a powerless drunk, and without The Avengers to guide him, Hulk is considered a dangerous monster imprisoned in the Phantom… sorry, Negative Zone. 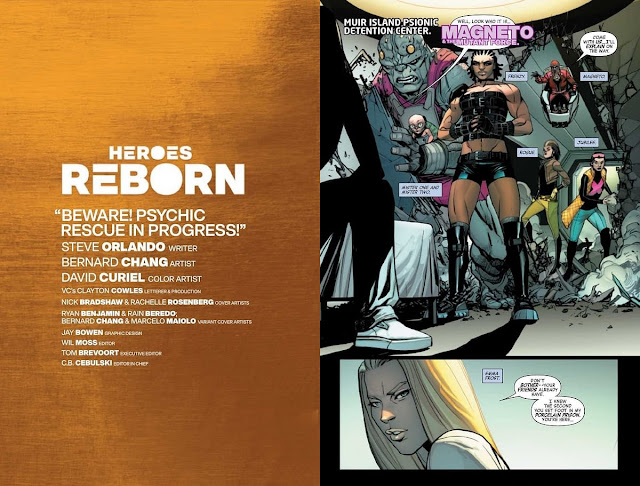 Magneto and the Mutant Force #1 picks up several years after the events of the “Mutant Massacre” in Washington D.C. Led by Charles Xavier and Magneto the X-men made one final push for mutant rights against the Squadron Supreme. By the end of the battle Xavier was dead, Magneto was left crippled, and most other mutants were either killed or imprisoned. Since then the Master of Magnetism has offered sanctuary to any mutants in need.

Magneto's convinced that Xavier is still alive, and pushed by his failure to save his friend, he's willing to risk it all to bring him back alive. This whole issue has a "Days of Future Past" vibe to it as the battle is being fought on two fronts, the physical and the mental, and the clock is ticking. While it isn’t a total rip-off of the movie, it is very hard not to notice it. However "Heroes Reborn" as a whole doesn’t shy away from the fact that it is riffing on some old favourites, so it doesn’t seem out of place if you've been reading all the related titles. It fits in nicely with the core titles and lets you catch up with some characters that have only gotten a passing mention, or just been seen in the background. 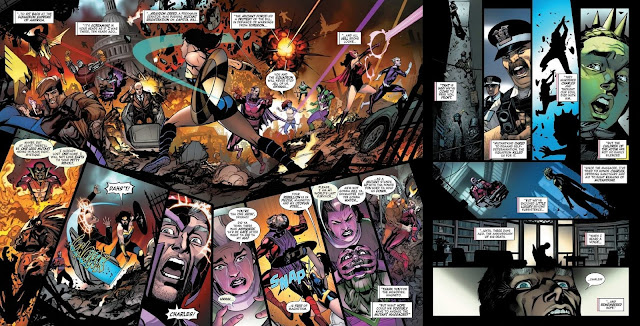 The art is very reminiscent of modern X-Men comics and does a fantastic job of being the substitute for the main X-titles in this universe. This is a team that's being hunted and persecuted, they're the mutant heroes of this universe and are every bit as compelling as the team led by Xavier.

One of the appealing aspects of the "Heroes Reborn" one shots like this one, is that they're written as if they have a history as rich as the original Marvel Universe. We're being presented with issues that feel like they're part of a comic run that's been going for years in this dimension, and Magneto & The Mutant Force is no different. It's like picking up an issue of X-Men #223 and being thrown right into the team, there are even references to other issues and stories.

There are brief moments when this issue does become slightly too chaotic, and the pace is a little inconsistent, but on the whole it's a solid issue that establishes Magneto’s place in this universe. While it isn’t a must read for the "Heroes Reborn" event, it's certainly a solid issue that helps build this universe and give it substance. I'm certainly curious enough with where this cliff-hanger ending would have gone that I would have picked up the next issue.

At the end of the day, isn’t that what a good comic book should do?