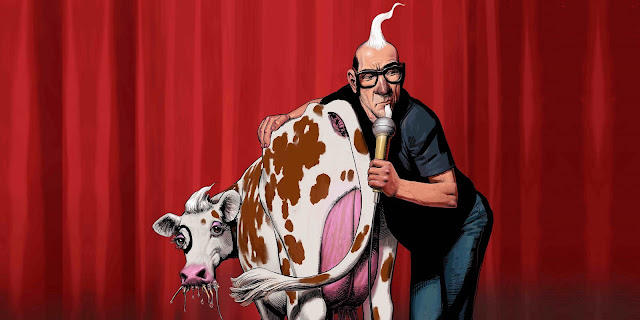 AHOY Comics Announces
SNELSON: COMEDY IS DYING
Featuring The Misadventures of
An Over-The-Hill Stand Up Comic

Melville Snelson was killing it. He was the talk of the stand-up circuit. He had a TV sitcom in development! He even had a date with Janeane Garofalo (although, to be fair, she denies it). But that was the 1990’s - and that was a long time ago. 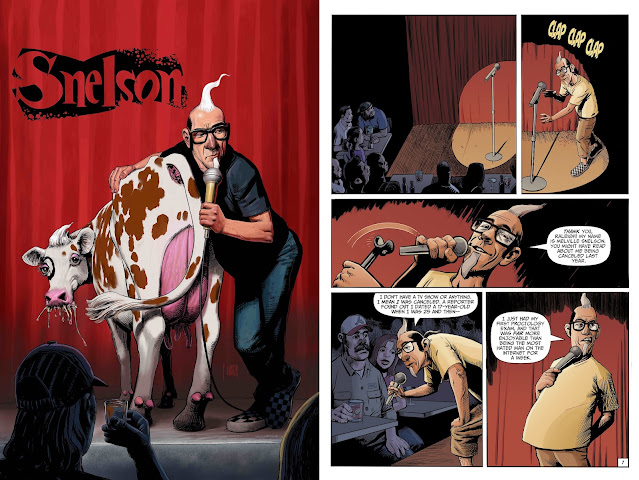 Welcome to Snelson: Comedy Is Dying, an all-new series from AHOY COMICS, written by Paul Constant, featuring art by Fred Harper, colors by Lee Loughridge and lettering by Rob Steen. This 5-issue series chronicles the misadventures of a washed-up comedian whose career peaked when Dawson’s Creek was still on the air. Bitter because he missed his big break in the ‘90s, Snelson is struggling with the idea that he’s a victim of cancel culture or, even worse, forgotten altogether. The debut issue, featuring a collectible variant cover by legendary cartoonist Peter Bagge (Hate), will be published by AHOY Comics on August 4, 2021. 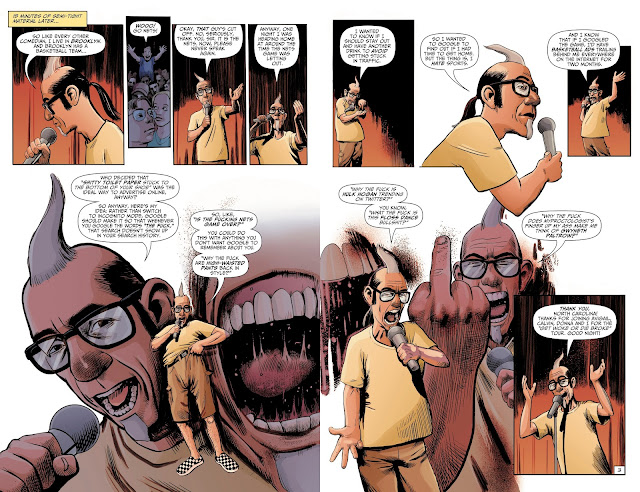 Snelson: Comedy Is Dying is written by Paul Constant, whose acclaimed comic with Alan Robinson, Planet Of The Nerds, was optioned by Paramount Players. “Snelson: Comedy Is Dying is the rare satirical comic that keeps getting more and more relevant as it gets closer to publication,” says Constant. "If you've ever stared in slack-jawed fascination at the shameless grifters who love to whine about being silenced by cancel culture in books, on podcasts, and on YouTube, you'll absolutely love to hate Melville Snelson."

Fred Harper does interior art for Snelson: Comedy Is Dying, with colors by Felipe Sobreiro, as well as full art and colors for the series’ main covers. “Melville Snelson is an ass,” said Harper. “I hope there aren’t any new laws about creative team character abuse, or if there were, we should read them to make sure we didn’t miss any.”

“Snelson: Comedy Is Dying is more than just a surprisingly violent, unfortunately sexual, thoroughly filthy comedy about an irrelevant older comedian who refuses to give up his ‘edgy’ material from the 1990s,” says Constant. “It’s also a janky-ass carnival ride through the weird griftopia that’s built up around cancel culture, and a skewering of all the money-grubbing controversy seekers who can’t seem to shut up about how silenced they are.” 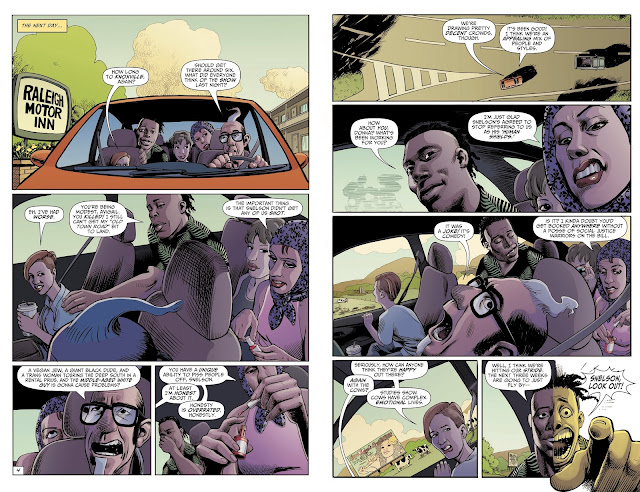 Snelson: Comedy Is Dying is the latest addition to the next wave of AHOY Comics’ releases, following the announcement of Black’s Myth, a new punk rock horror series from writer Eric Palicki and artist Wendell Cavalcanti about a werewolf private investigator.

“Comedy might not be dead just yet, but with Snelson joining the line-up alongside Black’s Myth, Second Coming, Wrong Earth, and more, we here at AHOY are clearly doing our level best to put it in the ground,” said AHOY Editor-in-Chief Tom Peyer.

Snelson: Comedy Is Dying issue #1 will be available at finer comic shops everywhere on August 4, 2021. For more updates on AHOY Comics, visit them on Twitter, Facebook and Instagram.

In the 1990s, “edgy” standup comic MELVILLE SNELSON had it all - but twenty-five years later, his jokes come off as tired and offensive. Desperate for a comeback, Snelson sets out on tour with a group of young, socially conscious comedians. Can a '90s has-been hit the big time, or is Snelson about to be canceled for good? A hilarious, definitely adult contemporary satire that mocks the dying breaths of white male entitlement, from the writer of AHOY’s Planet Of The Nerds.

AHOY Comics debuted in the fall of 2018 with the bold promise for readers to expect more from its line of comic book magazines, featuring comic book stories, poetry, prose fiction, and cartoons. The independent, Syracuse-based company is the brainchild of publisher Hart Seely, an award-winning reporter whose humor and satire has appeared in The New York Times and on National Public Radio. AHOY’s editor-in-chief Tom Peyer is committed to publishing comics with a (dark) sense of humor with titles like the religious satires Second Coming and High Heaven, the superhero parodies The Wrong Earth and Hashtag: Danger, the sci-fi spoof Captain Ginger, the time travel tales Planet Of The Nerds and Bronze Age Boogie, and the humor/horror anthology series Edgar Allan Poe's Snifter Of Terror.

Paul Constant is a co-founder of the Seattle Review of Books and a fellow at Civic Ventures, a public-policy incubator based out of Seattle. He has written for Buzzfeed, Re/Code, the Los Angeles Times, the Seattle Times, and the New York Observer. His full-length comic debut with artist Alan Robinson, Planet Of The Nerds, has been optioned for a feature film adaptation by Paramount Players.

Fred Harper has illustrated stories for DC Comics and Marvel Comics. Most memorable (at least to Fred) would be penciling for Animal Man at DC Vertigo. He started out with Savage Sword of Conan, Ghost Rider, and Doctor Strange at Marvel Comics. He went on to do illustrations for White Wolf and Magic the Gathering as he transitioned to magazine illustrations for The New York Times, The Wall Street Journal, Time, The Week, SPORT, The Sporting News, Muscle and Fitness, Men's Health, Muscular Development, and Sports Illustrated... to name a few. Fred currently resides in an apartment where he conducts experiments about the effects of copious amounts of espresso on an artist's brain. Results have been inconclusive, but sometimes secrets take time for the beans to spill. 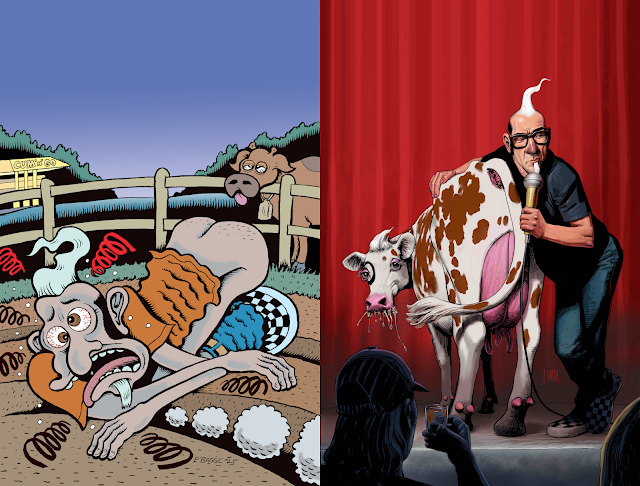