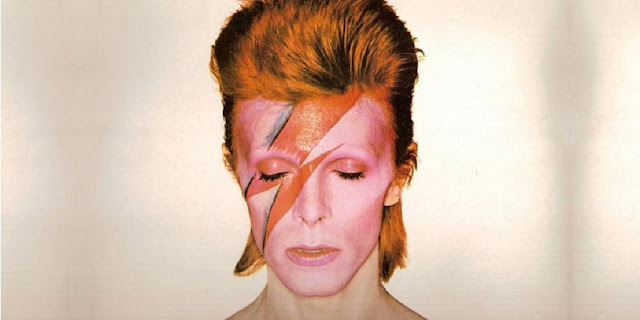 Article by Eric Lee
Over the past year I've really started thinking about David Bowie's hit single Starman... like a lot. The lyrics, the melody, and the way the electric guitar riff really climaxes at the perfect point all really emotionally resonate with me.

It's a somewhat random piece of music to get emotionally moved by, particularly when you consider that I was born 20 years after the song first hit the radio. I wouldn't even call myself a music nerd, by any stretch of the imagination.

My first exposure to the song was in the Ridley Scott-directed movie The Martian. It's from a scene where we see an uplifting montage of Matt Damon's astronaut character being stranded on Mars and working hard to find a way to summon his crew to rescue him.

While the movie shows being stranded on a deserted planet by yourself as harrowing, it's not a horrific survivalist film.

Instead, the story focuses on the importance of unity and how, if the world finds a common goal to come together, they can accomplish miracles. In short, it's a message of hope. This is why of all the amazing 70's-inspired music the movie played, Starman stands out above the rest.

At first, I thought my interpretation of Starman was colored by the optimistic tone of the film. However, listening to it over and over again, and then reading the lyrics, I'm convinced that the song really does exude a degree of hopefulness.

The song depicts a starman, presumably from space, wanting to come to Earth. contrary to the norm, this starman doesn't want to invade or conquer our world, he doesn't even come to tell Earth that it is a sorry shambles of a society. Instead, he just wants to come to share his "cosmic jive". It's such a simple action that it evokes a child-like sense of wonder. Yet it's not a simplistic action, because it speaks volumes. 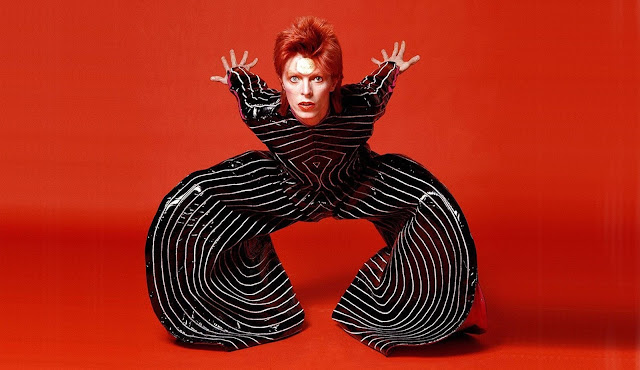 The cosmic jive has a message hidden in it: Just let go. Let loose. Don't worry about what people think about you. What's even more interesting is that that thing that the Starman tells people to do whatever is already innately inside of them. He's just saying "not to blow it" or mess it up.

How rare is it, in mainstream science fiction, that the alien protagonist comes to confirm that Earth is actually in a really good place and we just need to make sure we keep it that way? Every alien movie I've seen typically treats the humans as potential slaves, cannon fodder, food, or a simple-minded herd of sheep that will destroy themselves. The song really turns that notion on its head. It says what makes the planet special is already here.

You can chalk it up to me becoming more sentimental as I get older, but I can only reflect on what I see in our current world, where there always seems to be an underlying sense of dread and impending doom. To hear a song celebrate humanity and give them permission to be their best selves is an oddity. 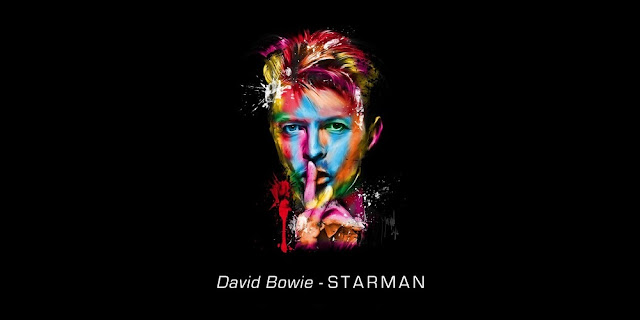 What is the "starman" that David Bowie is referring to exactly? It seems to be purposefully kept vague. Some people say it's related to the Second Coming of Jesus, though it may not necessarily need to have religious allusions. I kinda like the idea of the Starman being whatever gets you inspired.

Wikipedia says that Starman's chorus is broadly based on Judy Garland's Somewhere Over the Rainbow. I can't think of a finer way to take Over The Rainbow's message of hope and update it with extraterrestrial flourishes.

Images and Lyrics Subject To Copyright