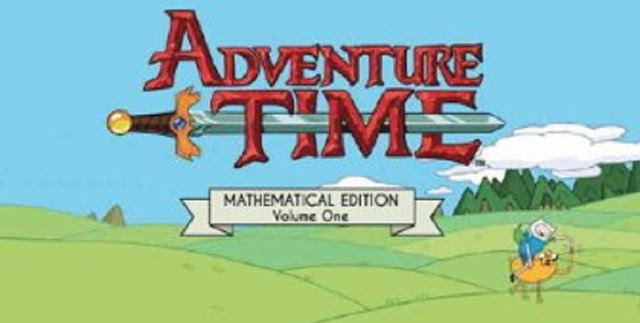 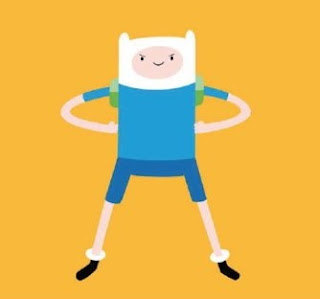 
The Mathematical Edition is a lavish hardcover collection of issues 1-4 of KaBoom Studios wonderful Adventure Time comics. The stories therein were already collected by Titan Books back at the beginning of the year and reviewed by yours truly.


What do you mean, you haven’t read it?!? For shame! Go immediately to: 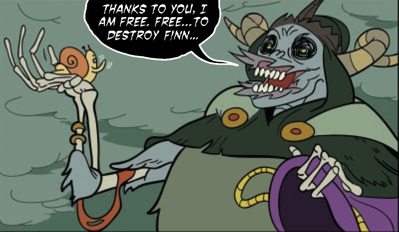 ... Are you back? Good.
Why have Titan collected the same comics again in a bigger more expensive format? I could give the cynical answer and say “Ka-ching ka-ching” but that would be unfair (even though it’s possibly true).
It’s no secret that I love comics. I love thin ones, fat ones, big ones, small ones, black and white ones, colour ones, independent ones, superhero ones, horror ones, sci-fi ones, British ones, Japanese ones, French ones, Belgian ones, American ones, movie adaptations and TV adaptations... I love ‘em all. The trouble is I probably love them too much and I actually read them and don’t just stick them in a comic bag and look at them all dewey eyed over the years watching them gather acumen. The very hard reality is that when you read and reread comics they fall apart. Trade paperbacks actually last even less time than the comics they collect, the way they’re glued together means that after half a dozen reads they really start to disintegrate.
All hail the Mathematical Edition.
Not only is this bound and beautiful vision of loveliness a lot tougher than the previous collection, it’s on better paper and contains a few added extras to help with the hardship of shelling over the few extra spondulics required to purchase it. The colours are punchier, the artwork larger and the overall feel of the book makes it almost as tough as Finn and Jake themselves.

As you know I am a recent convert to the church of mathematical awesomeness that is Adventure Time. No, our heroes don’t save the day by doing sums, when they say something is mathematical it means they’re saying it rocks, it’s great, it’s fantastic... It’s mathematical. As you are now aware, in my review of the original volume one I gushed profusely at how fabulous it was and how I am now a huge fan of the land of Ooo and all who reside there.
In short the Mathematical Edition not only delivers all the same yummy goodness of the original book, but it will also survive being read, is bigger, even yummier and tougher. The additions of lovely framing artwork reproducing larger versions of the original covers between chapters is a nice touch, the layout of the pages where the writer shows how the comics were made is clearer in this version and there’s a brilliant brand spanking new four page strip showing how the creators REALLY made the comics.
All in all if you already own volume one and you don’t read comics to death (like some) the new version may not be for you. If you’re one of the uninitiated and want to be transported into a surreal and hilarious world where the impossible happens at least six times before breakfast, them this version is definitely worth splashing out on. It is not currently that much pricier than the first edition, and falls well in line with most other standard graphic novels on the market.
In short this book is Mathematical to the max!
Dudes... It’s bordering on the algebraic!
Enjoy.