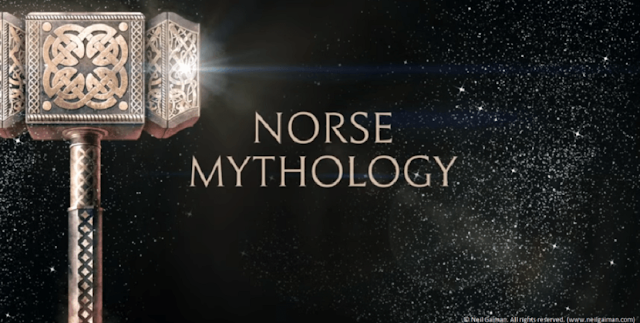 Neil Gaiman is a living legend.

Now to some this may be seen as a bold statement, to me it is a plain and simple fact. He has written some of my all-time favourite comics, novels, and TV shows.

"American Gods" adapted from his novel of the same name, has had a successful first season, and a second series is on its way.

"Sandman" is one of the greatest examples of writing in comics' history,

Neil has written episodes of Doctor Who, his own short stories have been adapted for TV, and his classic collaboration with the late great Terry Pratchett (also a Legend) "Good Omens" is a book I have read about a dozen times. This novel is currently being adapted into a television series starring David Tennant and Martin Sheen.

So what would any self respecting journalist, reviewer, and self respecting mega-geek do when offered a free copy of Mr. Gaiman's "Norse Mythology" under the proviso of writing a review for the book?

Hand me my hammer, who do you need me to kill? 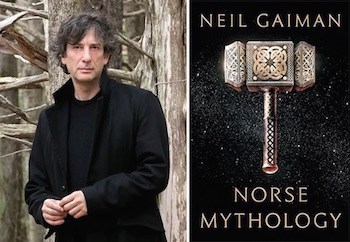 This is truly a wonderful book. Being a writer I know that research is a vital part of any work. As a lover of mythology I am also acutely aware that said research can be a source of both great pleasure and great pain.

Reading ancient tomes and having to rely on translations that may be inaccurate, and at times hundreds of years old, truly is a labour of love. Mr. Gaiman has taken this task on board and performed admirably in his retelling of these wonderful legends.

This book brings together the most important and famous tales from Norse Mythology, and delivers them in a style that is easy to read, simple to understand, and in a way that makes the passing on of these tales more fun than ever before.

We learn where and how the Vikings believed humanity began, where poetry came from, how Thor got his legendary hammer, and even what really causes earthquakes.

One of Neil Gaiman’s greatest accomplishments with this book is his accuracy. It is really impressive.

Previous retellings have embellished and sugar coated the stories, where these versions are far closer to the original content.

These are fun stories with great moral messages, but they’re not all rose tinted Disneyesque fare, princesses, rainbows, and unicorns.

There is darkness, pain and violence in these tales. There is war, there is betrayal and there is death. But, just as in life, there is also hope, renewal and rebirth.

I highly recommend giving it a look. It may surprise you. 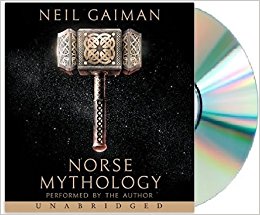 Time To Get Hammered

Neil Gaiman's Norse Mythology is available in book form, downloadable and CD audio formats. I was fortunate enough to be gifted a copy of the hardback, but have since purchased a paperback version to re-read on my travels.