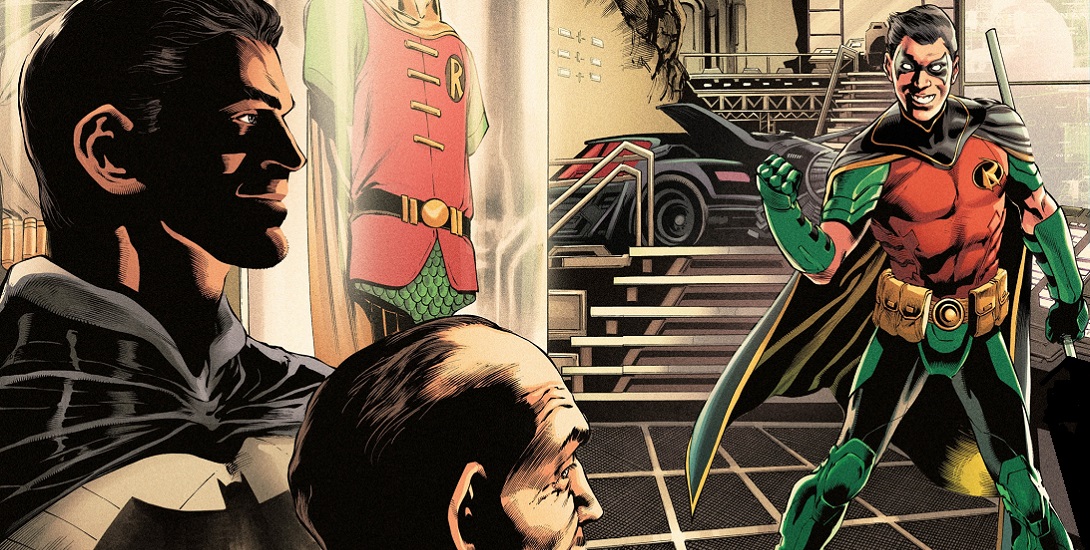 "A Lonely Place Of Living" - Part One 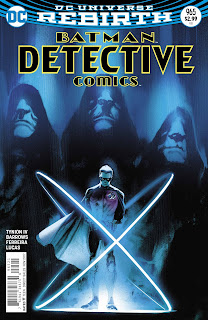 Review by Steve J. Ray
I’ve been looking forward to this story arc for a few months, since Tim Drake’s apparent death, and the appearance of the mysterious Mr. Oz. “A Lonely Place Of Living” is not only a fitting tribute to Red Robin, it’s also a loving tip of the hat to his origin story.
Tim Drake originally made a cameo appearance in Marv Wolfman and George Perez’ Batman: Year Three, but his first full story was Batman: A Lonely Place Of Dying. These 1989 classics introduced us to the Dark Knight’s third, and arguably most capable, sidekick.
Unlike his predecessors, Tim Drake wasn’t discovered or saved by Batman, he broke the mold by being the one who did the saving. This Robin saw a Dark Knight rapidly losing control after the death of Jason Todd, and sought out Dick Grayson. Tim didn’t set out to become a hero, but he turned out to be one of the very best. I was there when Tim Drake made his comics debut, and own all these great stories. Chapter one of “A Lonely Place Of Living” took me right back. 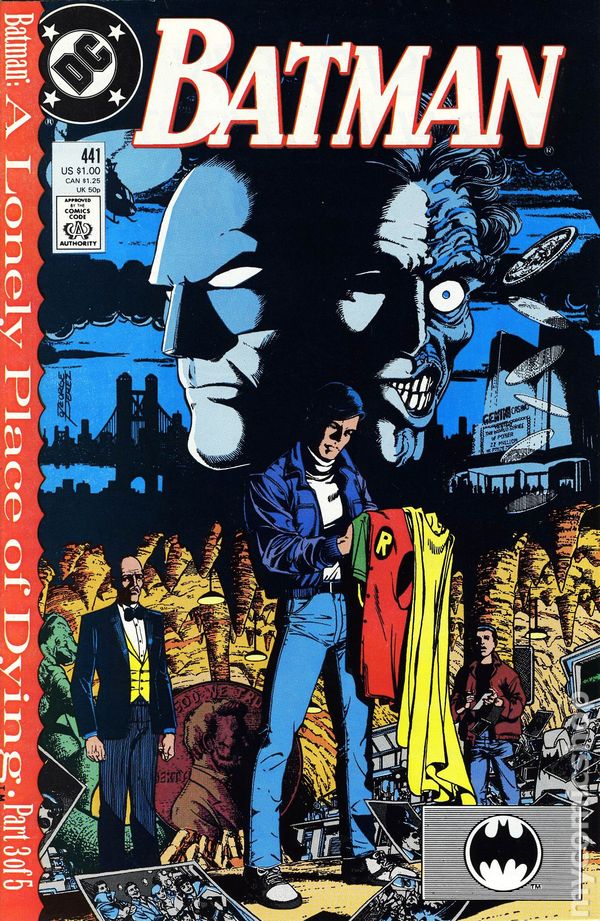 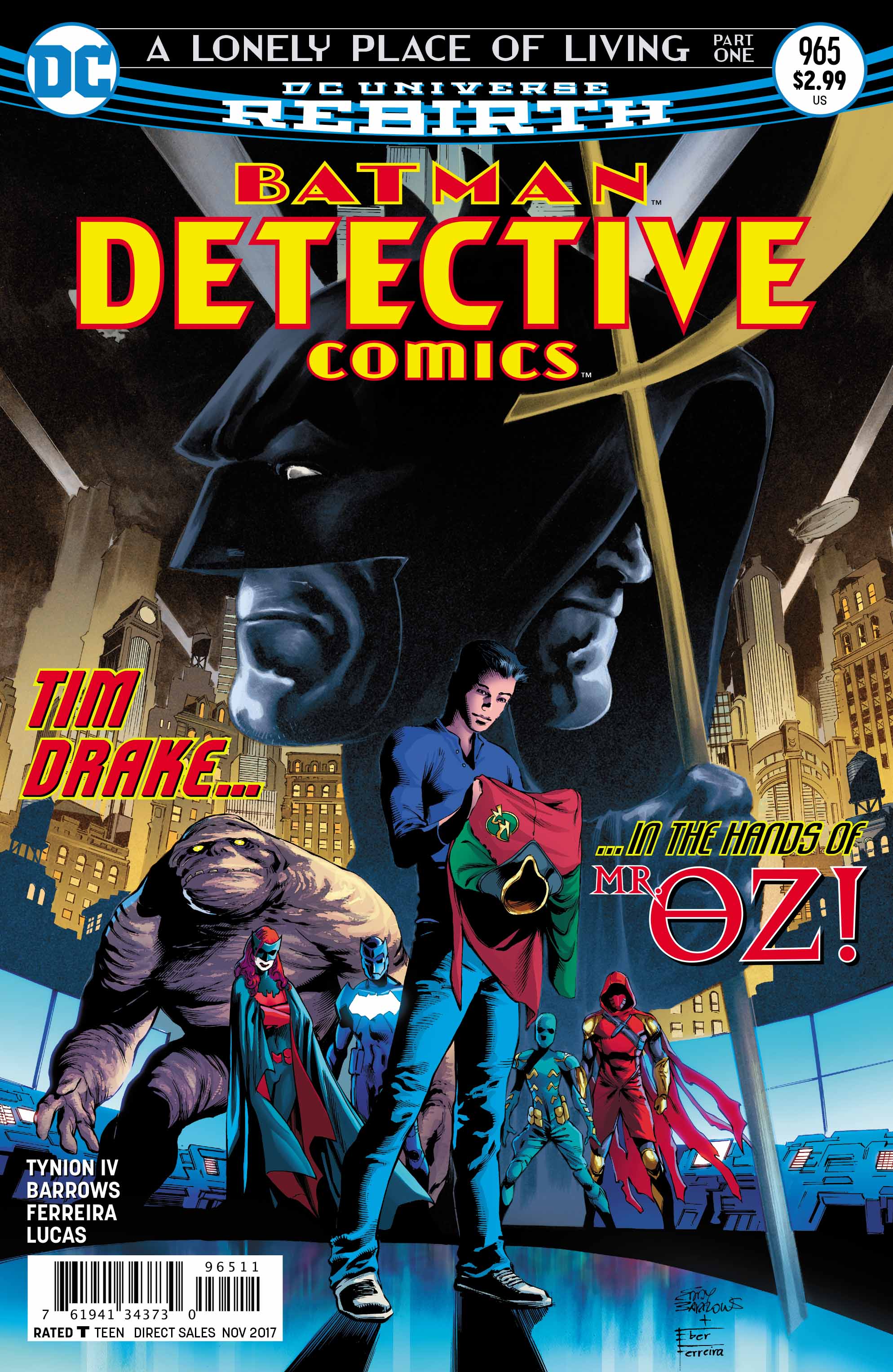 A Lonely Place Of Living

As we have become accustomed, James Tynion IV has given us another great script. The flashbacks to Tim’s past expertly tied into his current incarnation, at the hands of Mr. Oz. For those of you that haven’t read the issue yet, I won’t spoil the villain’s identity, but this story has larger ramifications. Since the advent of DC’s Rebirth the entire DC Universe has been on a path that leads to Doomsday Clock. This comics event has proceeded through Batman: The Button, the current Action Comics storyline: “The Oz Effect” and will come to a head later this year.
In this issue we are reminded why Red Robin is so great; his innocence, his mind, his competence and capability. His deductive skills rival Batman’s, while his technological abilities surpass even those of his mentor. Tynion beautifully retells Tim’s origin, while giving us an action packed escape story at the same time.
The art for this book is always first rate, and this issue is no exception. It’s great seeing Eddy Barrows back on Detective Comics. His pencils, the great, moody atmospheric inking of Eber Ferreira and colors by Adriano Lucas are terrific. Adriano’s lovely, almost sepia-tone hues for the flashback scenes contrast beautifully with the dynamic colors he uses for the present day. The cover art paying homage to Batman #411 is a real thing of beauty… “A Lonely Place Of Living” meets its maker. Lovely.
I am always impressed by the way that calligraphy supremo Sal Cipriano letters Detective Comics. Every new storyline has a new and different set of credits, and crystal clear captioning. A great job all round. 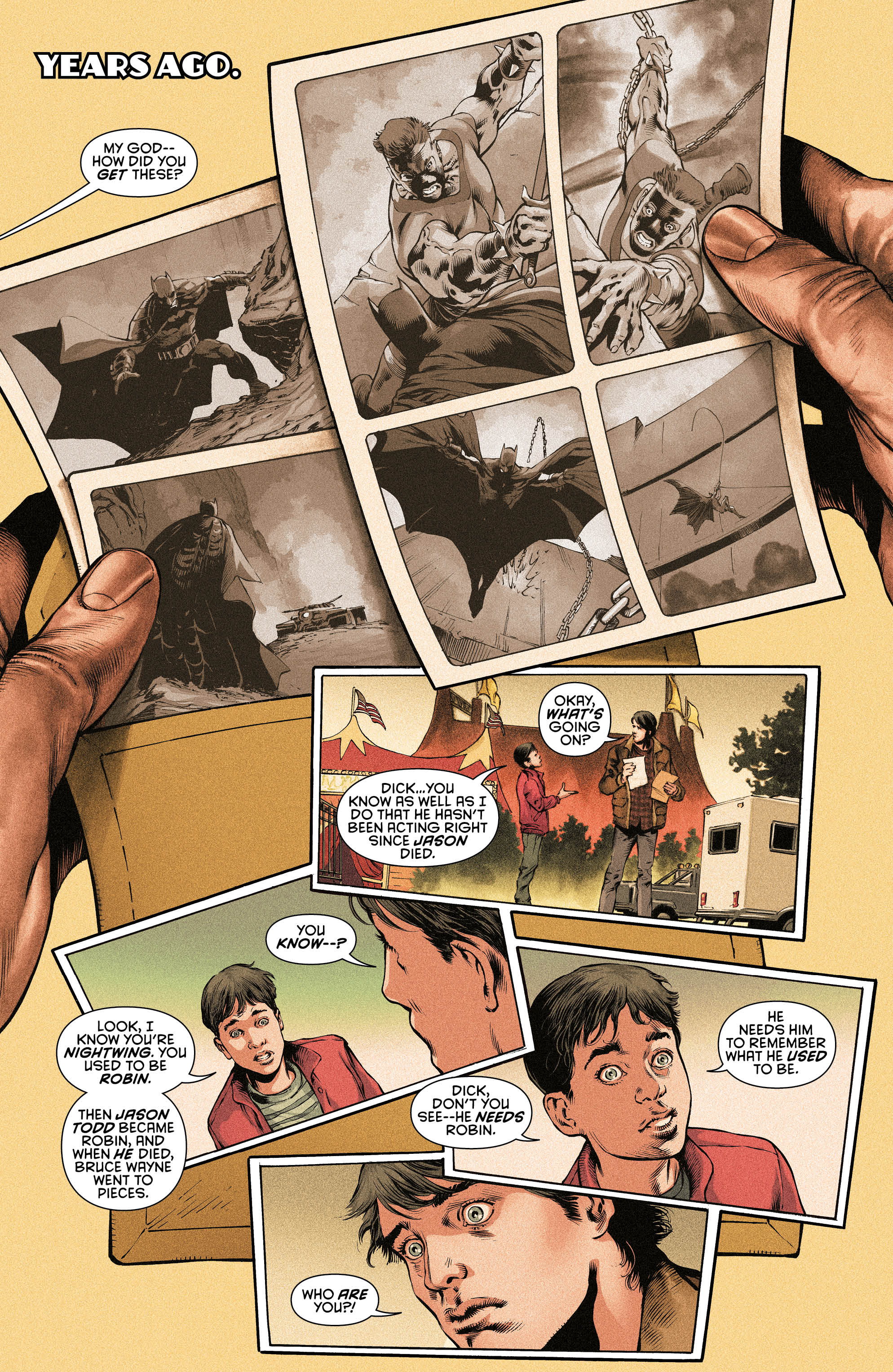 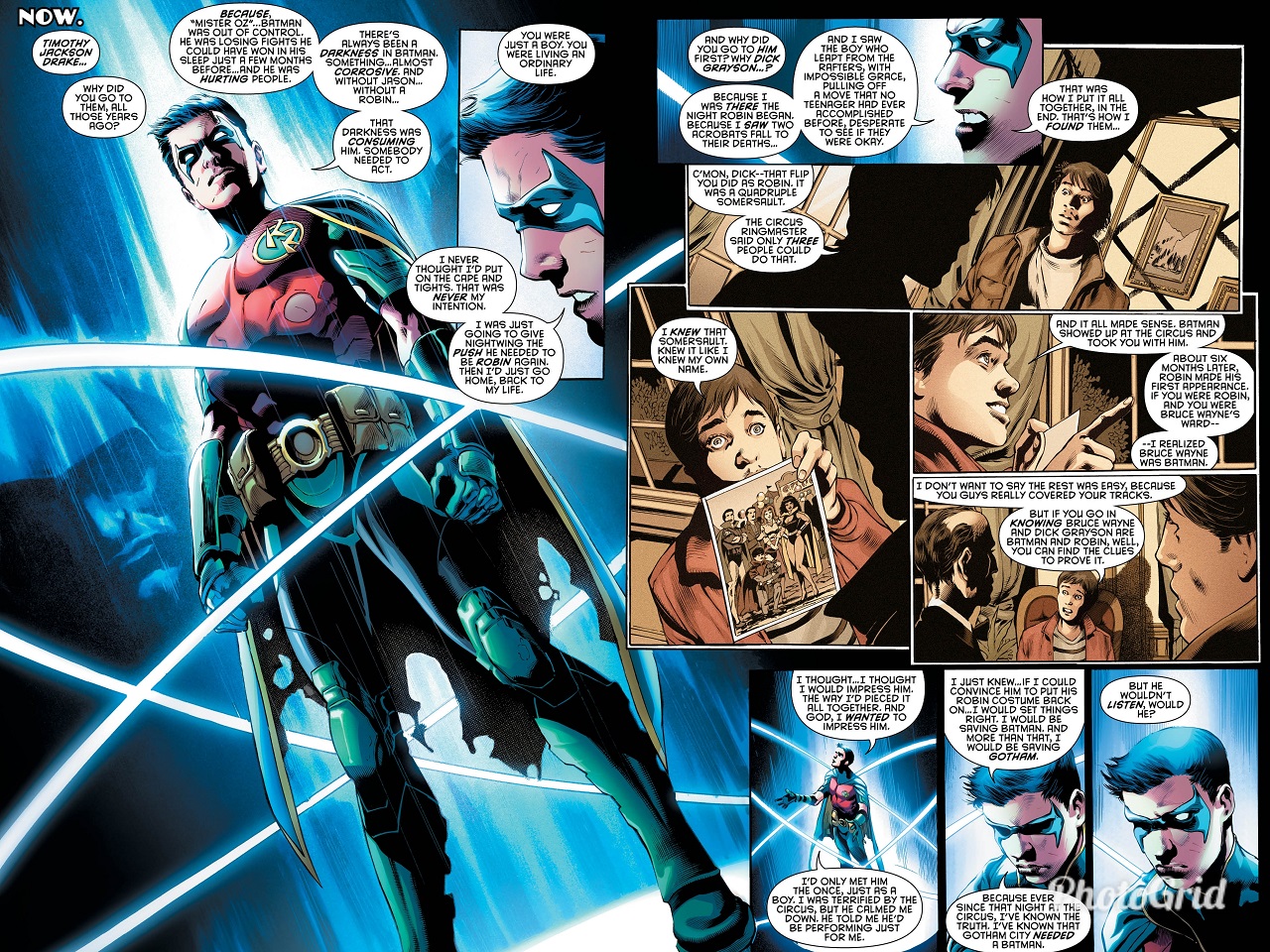 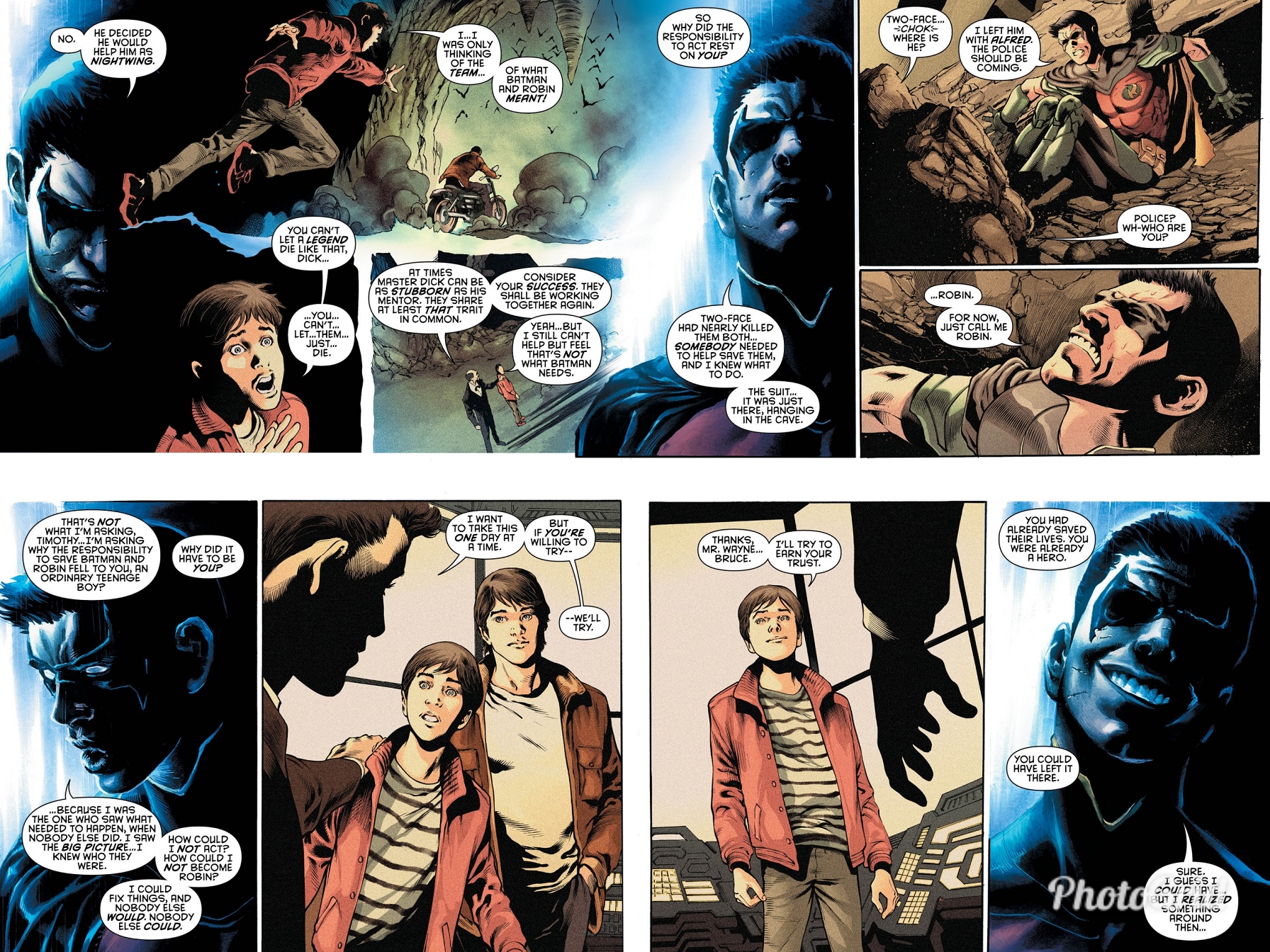 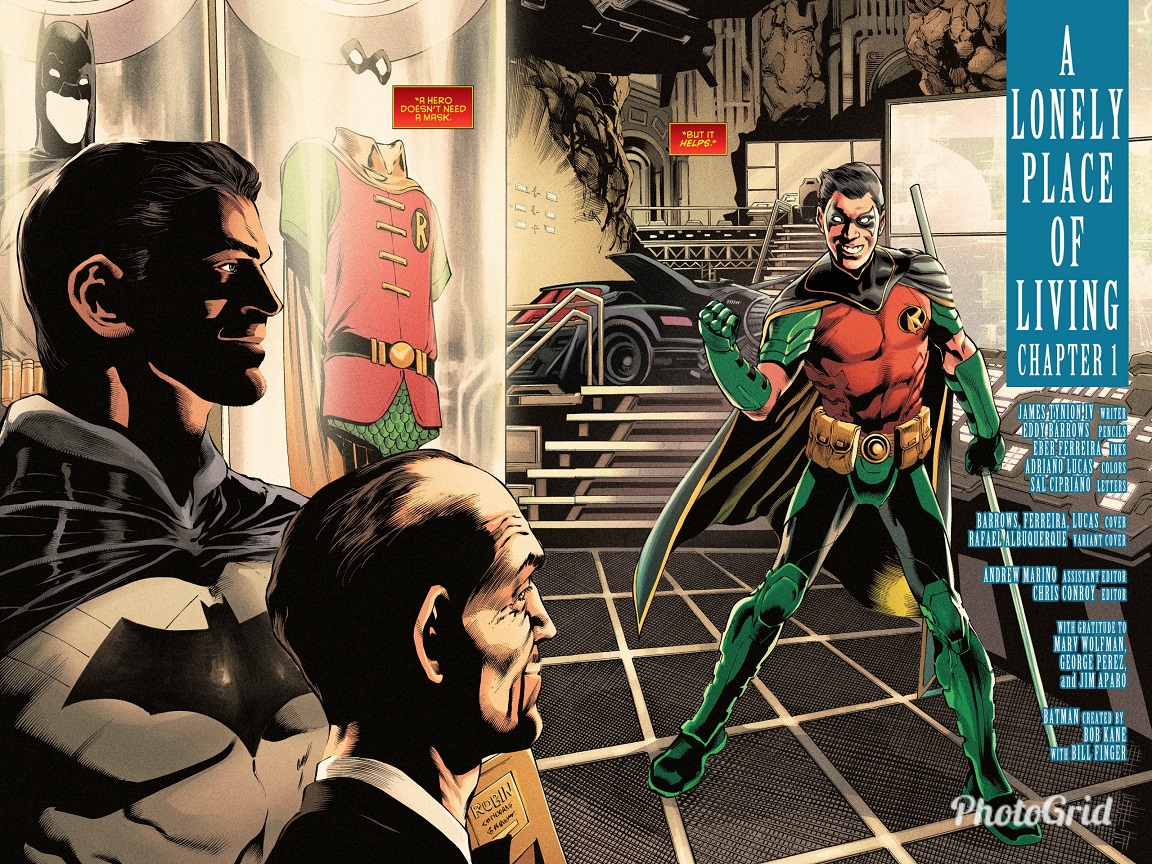 This issue has everything; nostalgia, character, action, and emotion. The way the writing and art come together as a cohesive and gorgeous whole is a constant with Detective Comics. I will never get tired of singing this title’s praises while the quality remains this high, and I really don’t see this team dropping the ball any time soon. This book truly is “Great comics 101”.