An Eye for an Icon; A Review and Insight into Iconic Masters 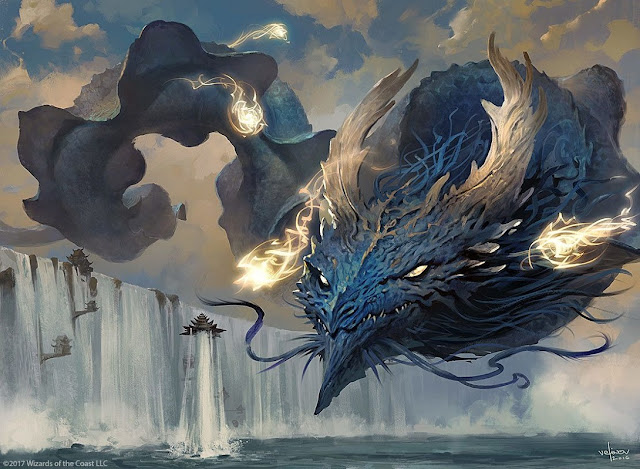 My definition of 'Mastery' is: 'Having as close to perfect skill and knowledge on a given subject as possible, and such renown in it, that you are sought after to share said knowledge and skill.'

A Masters' set in Magic: the Gathering, is a collection of cards from across the history of the game, carefully collated for two reasons: to provide a layered, beautiful Draft experience, and to put highly valuable and needed reprints of cards back out into the world.

On the success of Modern Masters 2017 in March, Wizards announced two Masters Sets would follow in the twelve months following: Iconic Masters and Masters 25. Time moves quickly for a Planeswalker, and Iconic Masters is here on our LGS shelves. A collection of 249 cards gathered, not because they're sought after for Modern or Eternal Formats (such as Legacy and Vintage). These cards are brought together because they are “Iconic”. They were collated as they hold special places in the heart of the creators and generate an interesting Draft experience, for cards never Drafted before outside of a mad-man's Cube. 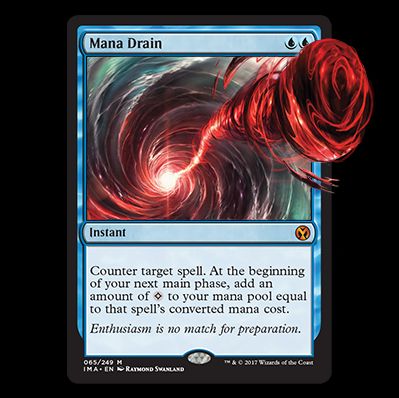 The word in the title, as they say, is the thing. Iconic. Cards chosen specifically because they resonate to the players and the many members of R&D. There's no doubt many powerful, popular, and truly iconic cards have made it into this set: the Kamigawa Spirit Dragons with beautiful new art, the Phyrexian Praetors, Austere and Cryptic Command with new artwork, Oloro's best friend Serra Ascendant, Vintage Dredge's favourite bottle of Serum Powder, and of course, on the cover and one of the first cards everone saw from this set – Mana Drain.

I'd be lying if I said I wasn't going to find a Keiga the Tide Star for my Ur-Dragon Commander deck or pray to the golden gods I'm able to pull off the ChannelFireball combo, in flavour and power of the splashiest of rares, the set is literally oozing.

It's no question that these and others are truly welcome cards everyone will be happy to see again, but I wonder about a few things that did make it into the set at the expense of others that didn't. Why have they added Mana Leak and not Counterspell? Mana Leak's amount of play has seen a strong decline in Modern Control since the emergence of Blue/Red Gifts Storm, and hasn't really recovered from that. I know Counterspell was in Eternal Masters, but there's nothing wrong with them reprinting Swords to Plowshares here and there. That said, there's one glaring omission that I cannot understand: where is Lightning Bolt? Played literally everywhere, the Red Instant that brakes its own rules on mana:damage ratio, is nowhere to be seen. Lightning Helix is here, Heat Ray is here, even Pillar of (F)lame is here. Where's one of the most Iconic cards in all of Magic?

I could very easily ramble on all day, but I will leave just two more points open to discussion. In every Masters set, there have been two reprinted Planeswalkers, each time. There are no Planeswalkers in Iconic Masters. Why would they break trend when they so easily had the option to add the most iconic card type to the set all about iconic cards. They didn't necessarily have to print big money like Karn or Liliana like in previous Masters sets – in fact, I could probably suggest two who could go in right now: Nicol Bolas, Planeswalker, and Jace, Architect of Thought. Jace sees fringe Modern play and fair Commander play, making him welcome, and Bolas is Magic's greatest villain, he was so iconic he made a cameo in another TCG called Duel Masters. If that's not iconic I don't know what is! 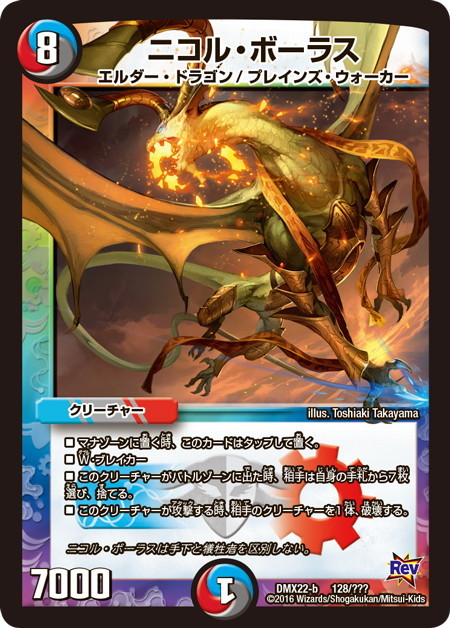 I guess this may all sound like I'm being a little unfair. so with that said, let's look at the set in and of itself: as an environment for powerful Limited play. On the 19th, I went to my LGS to play some Iconic Masters [insert format here], and this is how it went.

On Sunday the 19th, I drafted the set twice. Having looked at the full set spoiler the whole way there, I was very aware of how loose the themes are. In both Drafts I was drawn into Blue and White as they had great payoff cards in casting Non-creature spells; Elusive Spellfist and Seeker of the Way are old and dear friends of mine, and the Rebound mechanic great with them around. In the first draft, payoff cards like Guttersnipe and Kiln Fiend were welcome and I had a lot of fun despite going 1/2. 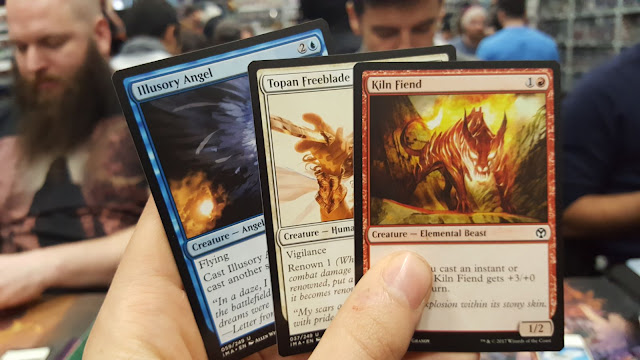 The second Draft shows some of the issues I felt I had. Again I was drawn to Blue and White. I often find myself Drafting my favourite and least favourite cards together - strange. I was being passed lots of copies of Hunt the Weak, so I felt like taking some of the Green and White +1/+1 counters cards. The somehow apparent lack of synergy meant I picked up precisely one win over two rounds of gameplay, and that made me wonder why. The line of play involving Student of Ojutai plus Hunt the Weak with Ainok Bond Kin in play means I gain 2 life, they're down a creature and I have a 3/5 with First Strike. The idea sounds nicer in my head as that often wasn't enough.

The power level was evident, but without focus. As Modern Masters 2017 came out, they were kind enough to inform us of Blue/White Blink and Black/Red Unearth. There wasn't so much of a whiff of any hype about this set. Much of the conversation during the draft process was either: "Good luck everyone, let's all get a Mana Drain" or "did anyone see [insert Unstable card name here]".

Why did Wizards give this Masters set so little noise and so little faith? It feels to me, that they combined the Khans and Origins draft formats, the sorely needed reprints of the Future Sight lands, and hoped for the best. It certainly felt fun to draft, and there's inherent power in the Limited format and value after the Draft, but still - to me - it all feels a little flat.

Still, I see a silver lining in a great day of Drafting. My Sram commander deck got a copy of Austere Command. Mizzix said hello to a Guttersnipe with new art. I traded my Cryptic Command to the tallest Planeswalker I know for 6% of a Legacy deck, but most of all my binder is full of shiny commons again. 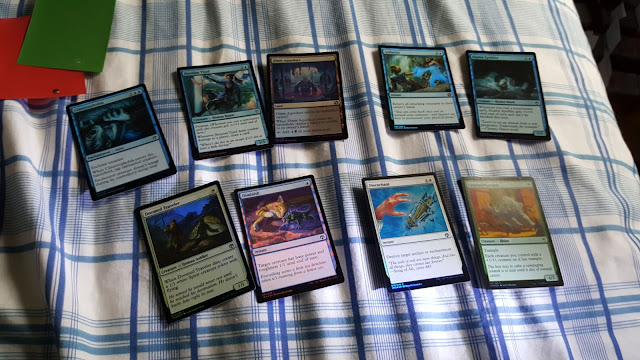 This was the first non-format based Masters sets. Wizards need to learn from this, but nothing shakes my faith they will get it done.