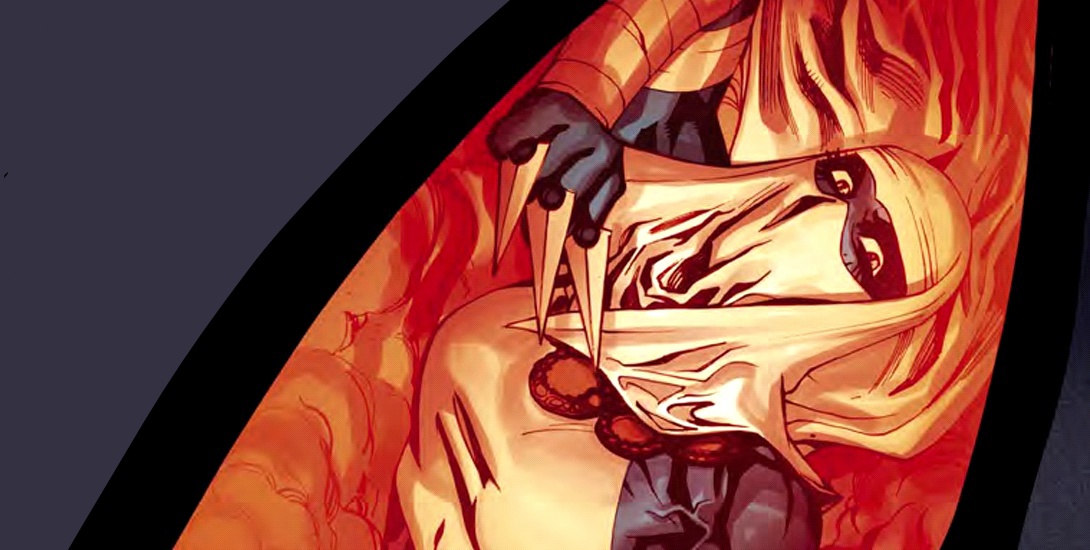 “Rise Of The Demon,” Part One 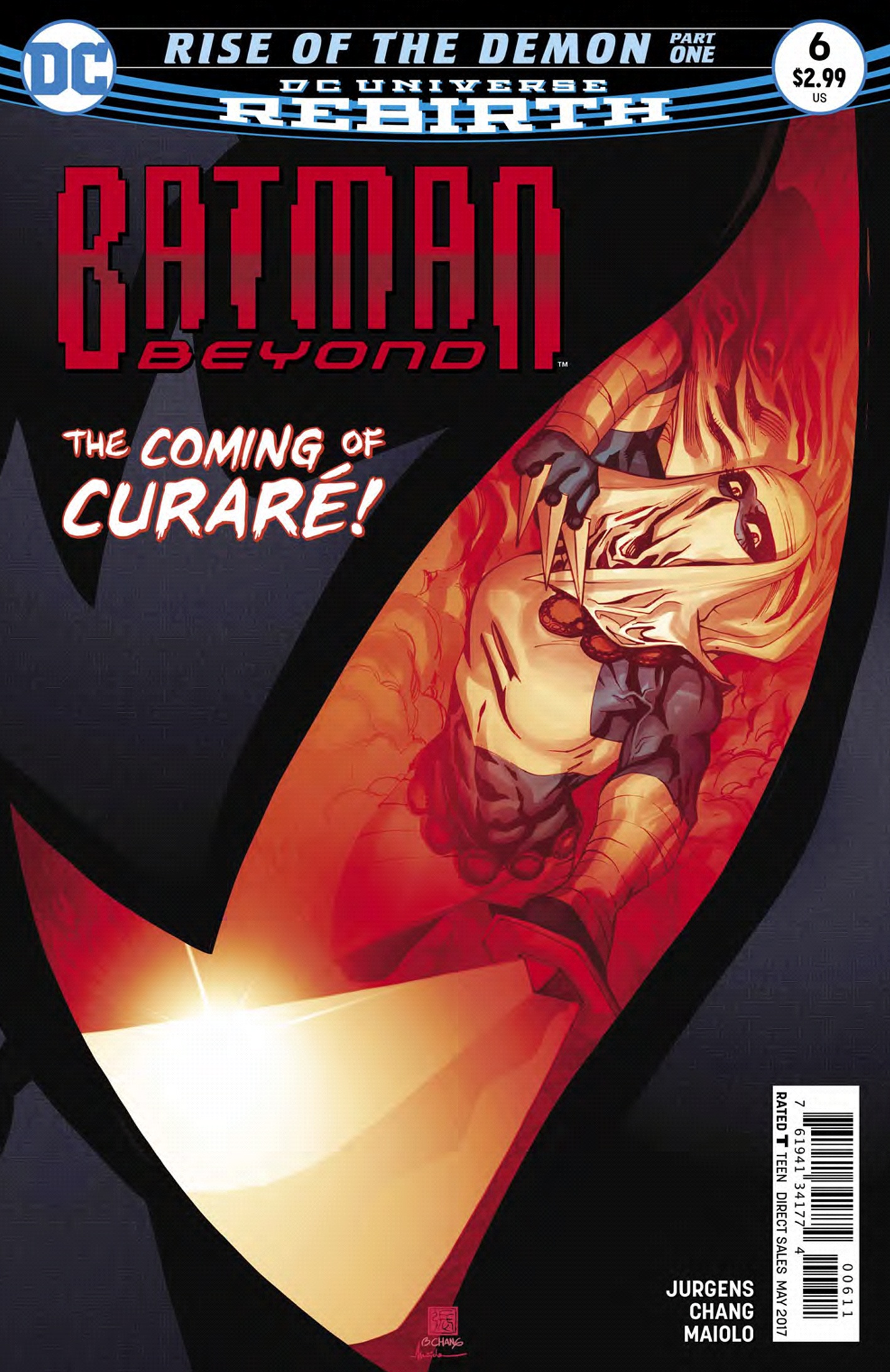 OK, I have to say it. I love this title. This, for me, is the most fun Batman book. Not to say that it isn’t action-packed and full of gritty Bat goodness. It is, but without losing any of the charm of the TV show it’s based on.
Dan Jurgens is THE Batman Beyond writer. After the epic New 52 “Future’s End” storyline he entrenched himself in my affections as, not only one of the greatest ever Superman writers, but amongst my favourite Batman scribes too. This guy really gets his characters.
Jurgens’ Terry McGinnis is heroic and fun, but not a clone of either Dick Grayson nor Bruce Wayne. He shares the daredevil mentality of Nightwing, but also a more measured and serious approach to his role, more akin to that of his mentor. He has Bruce’s sense of justice, but Dick’s joie de vivre. A lovely, fresh take on Batman.
Now, let’s talk about Bernard Chang’s art. This is my first experience of Mr. Chang and I’m really loving his style. I was in my twenties when the classic Batman: The Animated Series aired in the 90s. That clean, cartoonish, high contrast art style was simple, yet atmospheric and impactful. When Batman Beyond launched it added a more futuristic and Manga/Anime style edge to both character and background design.
With animation simplicity is key, both for continuity purposes between artists, and for their health and sanity. In comic books a more detailed style is usually the norm. Bernard Chang grasps the nuances of the animated series, whilst adding a more detailed comic-book level of realism and detail, particularly with human anatomy. I feel like I’m watching an updated, yet still wholly fitting version of the TV show.

Back to the future 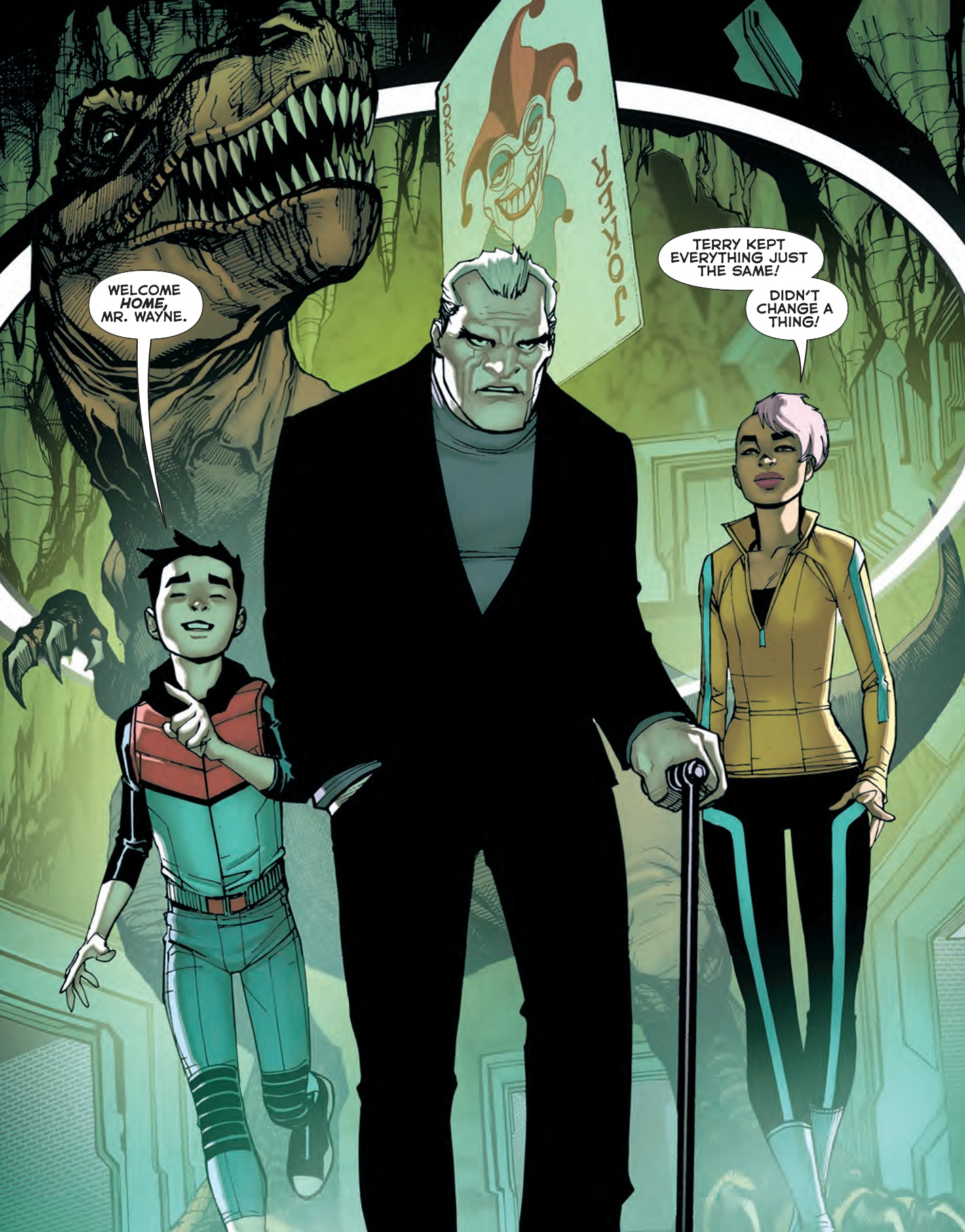 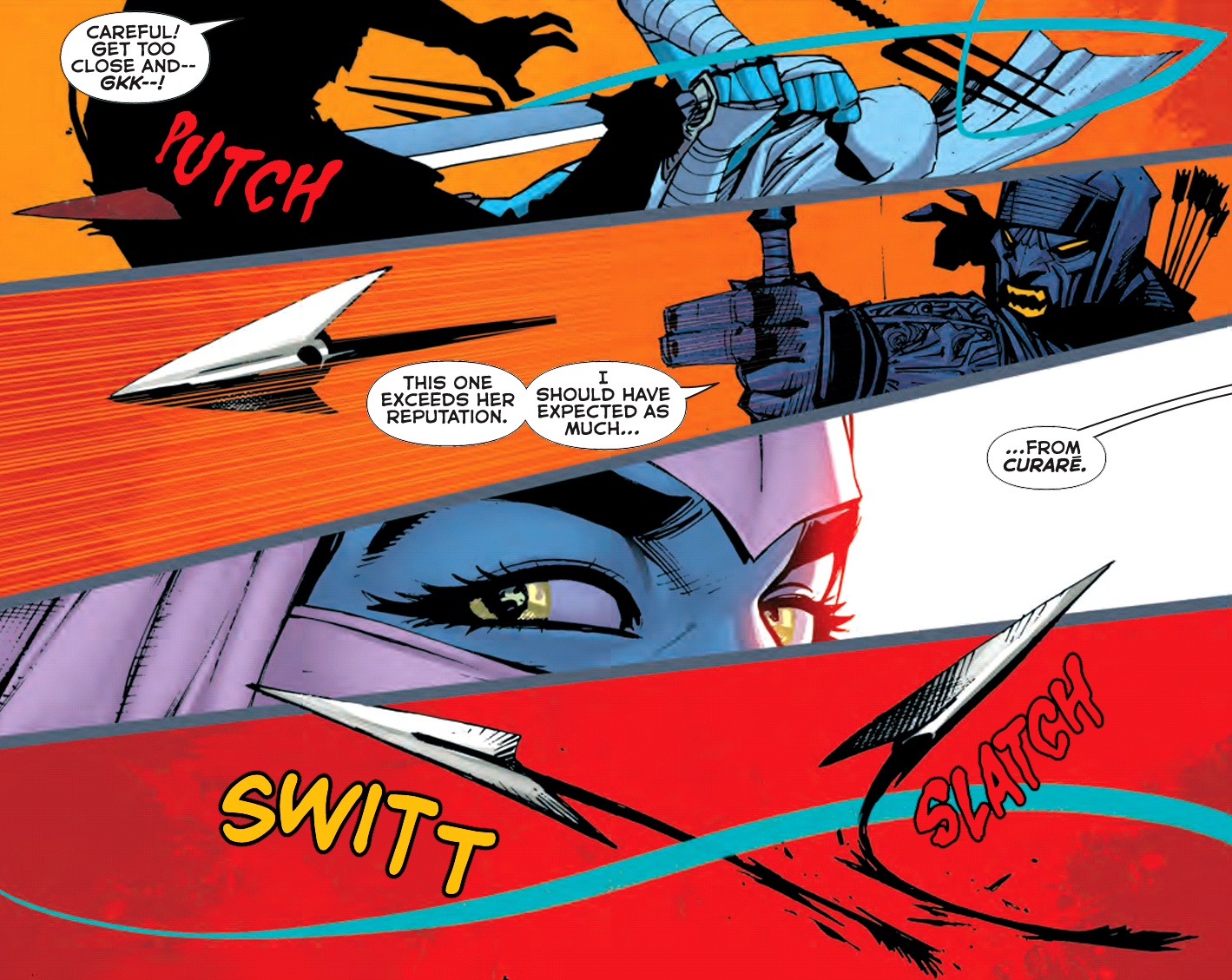 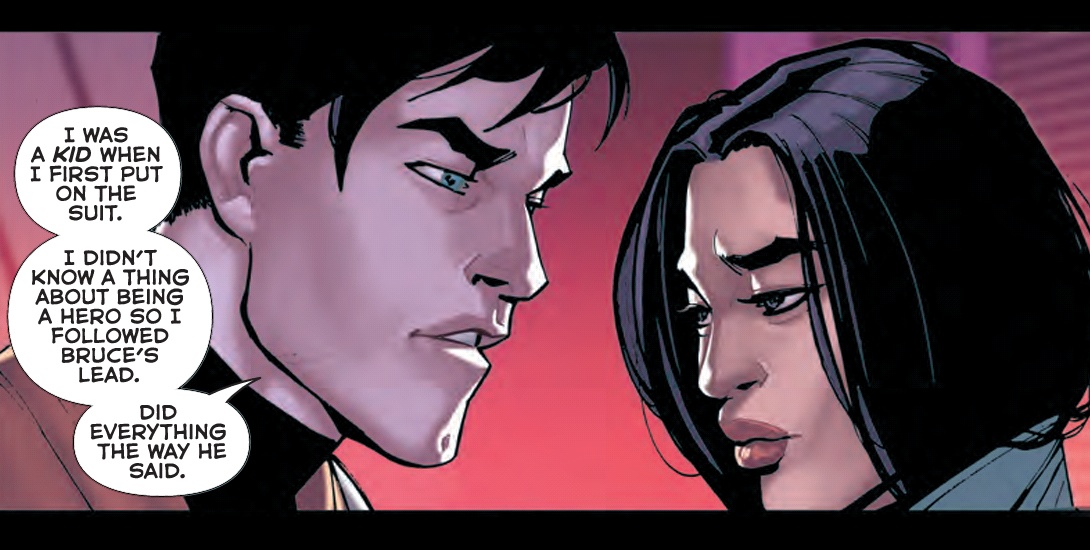 Another thing I love about this title is the returning cast. The poisonous Curare is back! Following her are a bunch of demonic, gargoyle-like ninjas. With a title like Rise Of The Demon, can Ra’s Al Ghul be far behind? Or is Mr. Jurgens throwing red herrings, still thrashing and splashing into our unsuspecting faces, to keep us off balance? We all know that there’re no shortage of demons in the Batman mythos.
Matt McGinnis, Dana, Max and Commissioner (Barbara) Gordon are all back too. Yay!
I always liked Curare in the old show. She was a sympathetic villain, and seeing her accosted and fighting for her life against hordes of demonic ninjas doesn’t hurt her rep at all. The trouble is, while Curare, Barbara Gordon and the beleaguered GCPD are fighting off the demon horde, Terry is in the cave getting Bruce settled in and trying to reweave the tattered threads of his complicated relationship, with long-time love interest Dana Tan.
Not only are Terry and Bruce seemingly back from the dead, but she’s finally discovered the truth about her boyfriend’s nocturnal activities. I guess that finding out that he’s alive and that he wasn’t bailing on dates because of her, but because Gotham was in danger is some relief. Knowing that he was risking life and limb and keeping her in the dark the whole time, however, must make all these revelations bittersweet, at best.

Dan Jurgens and Bernard Chang are onto a winner. Batman Beyond brings action, humour, character developement and surprises, wrapped up in gorgeous artwork. The whole package is a yummy bat-tastic delight. Now, Terry! Get off your heinie, leave Dana be and go and fight some ninjas!