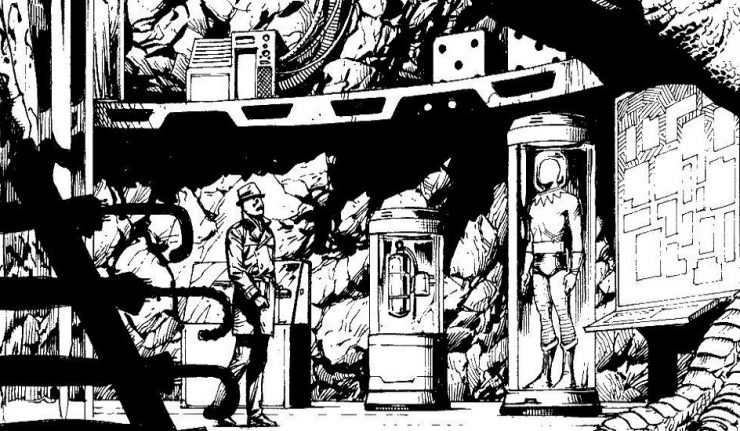 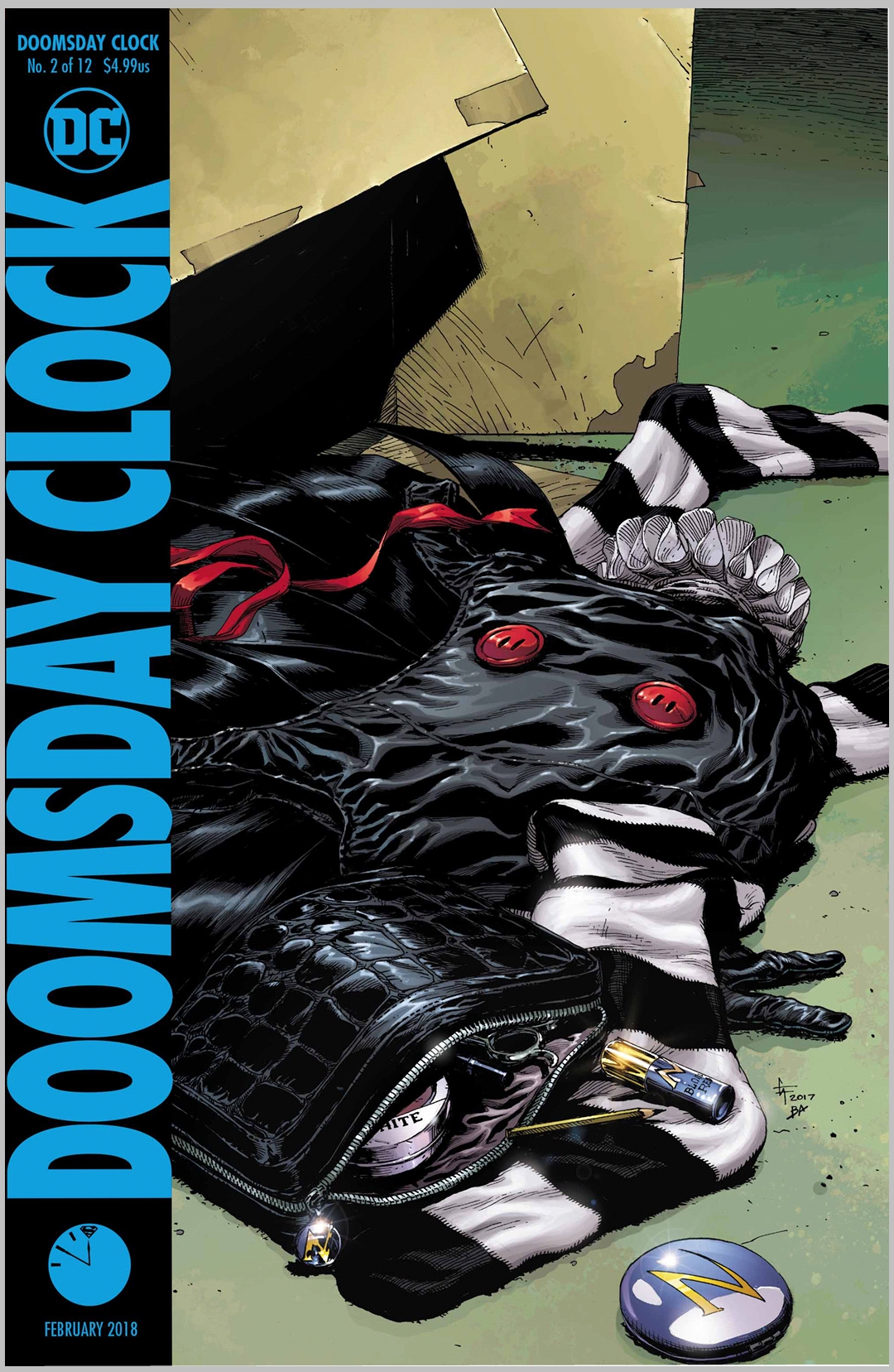 Warning! This issue contains stolen breakfasts, meetings between like-minded individuals, interdimensional travel, and a last page that is NOT FUNNY! In short, be aware that there are minor spoilers ahead, and the chance of being taken to places we have never known.
Welcome to the second chapter of Doomsday Clock.
We left issue #1 with Superman suffering the first nightmare of his life, and with Ozymandias, the new Rorschach and escaped convicts Marionette and Mime invading the Owl’s Nest. Why did Veidt and Faux-chach break these villains out of the clink? Where is Doctor Manhattan? What do Alfred’s pancakes taste like cold? All these questions, and many others will not be answered by the end of this issue.
Once again Geoff Johns has written an issue that is a cipher, within an enigma, wrapped in a mystery, stapled to a puzzle, glued to a riddle, and hidden inside a Rubik’s cube. The tension builds steadily over the course of the issue, as Ozymandias begins his hunt for Doctor Manhattan in earnest. 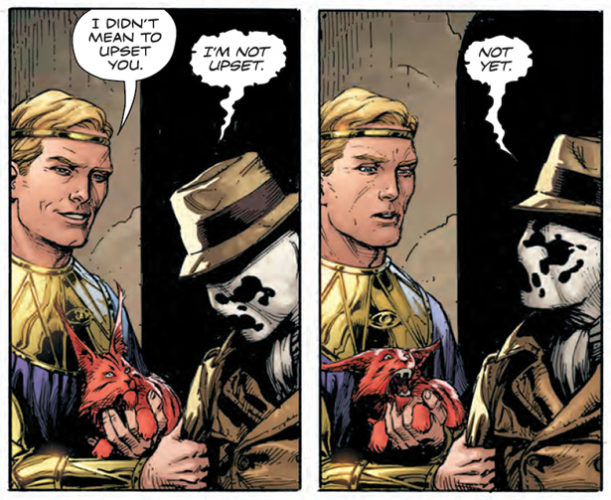 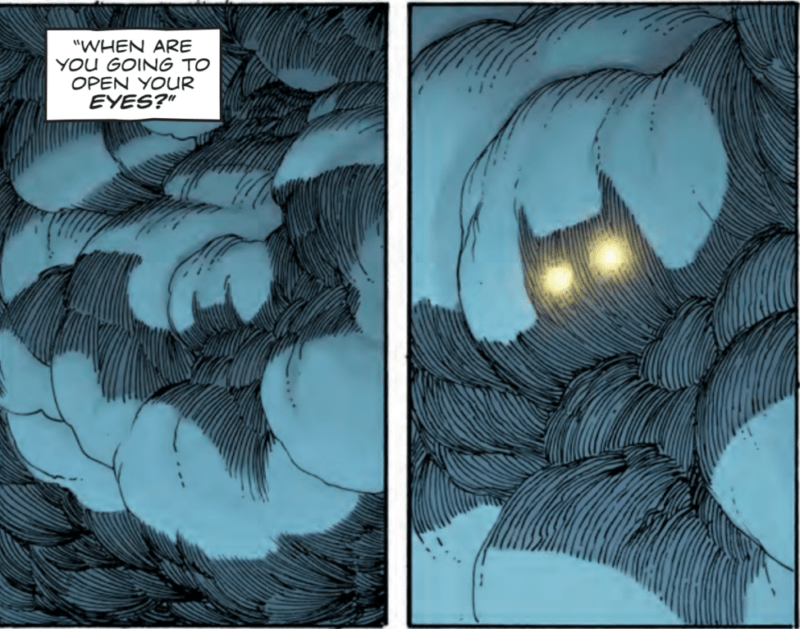 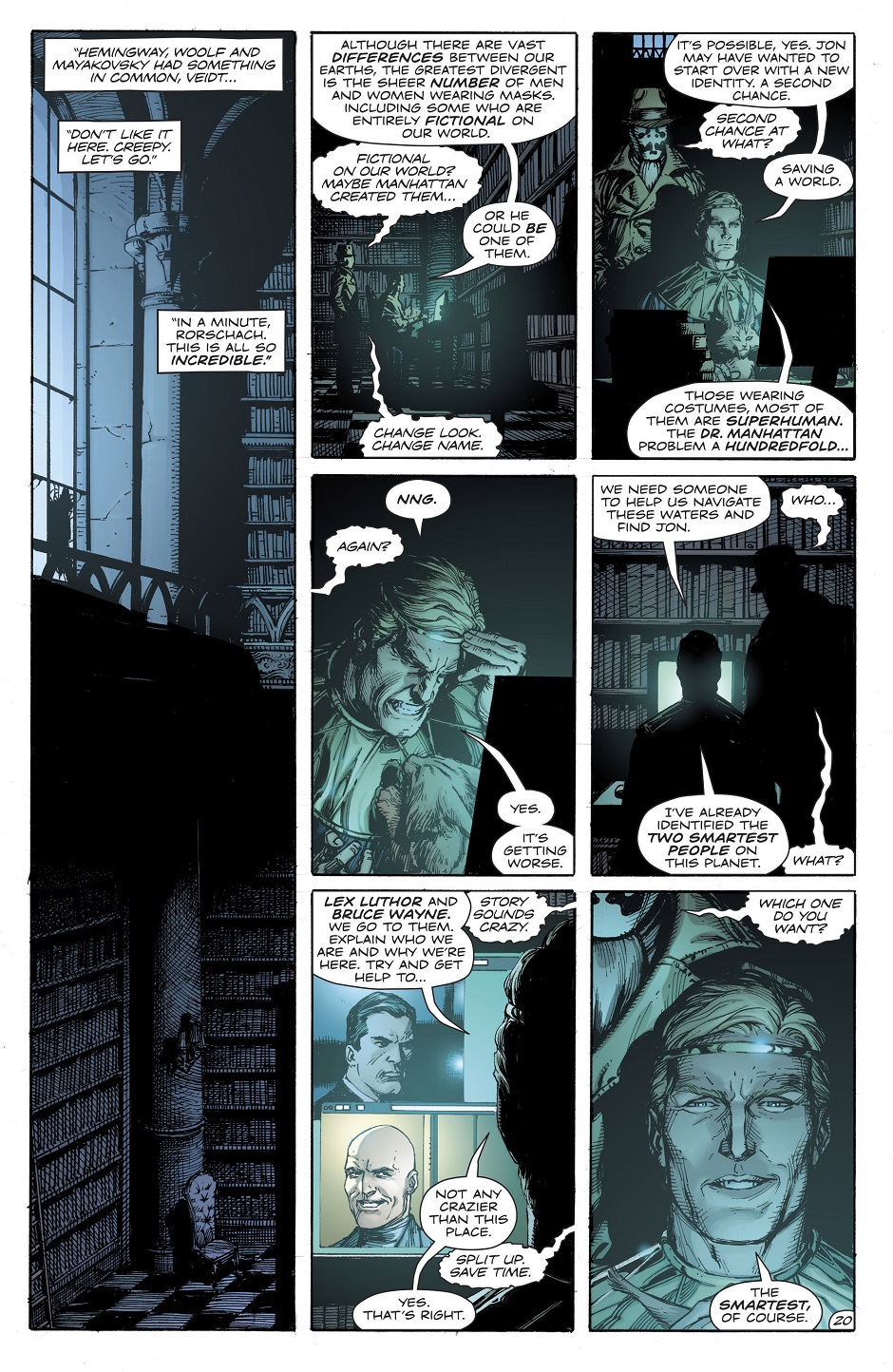 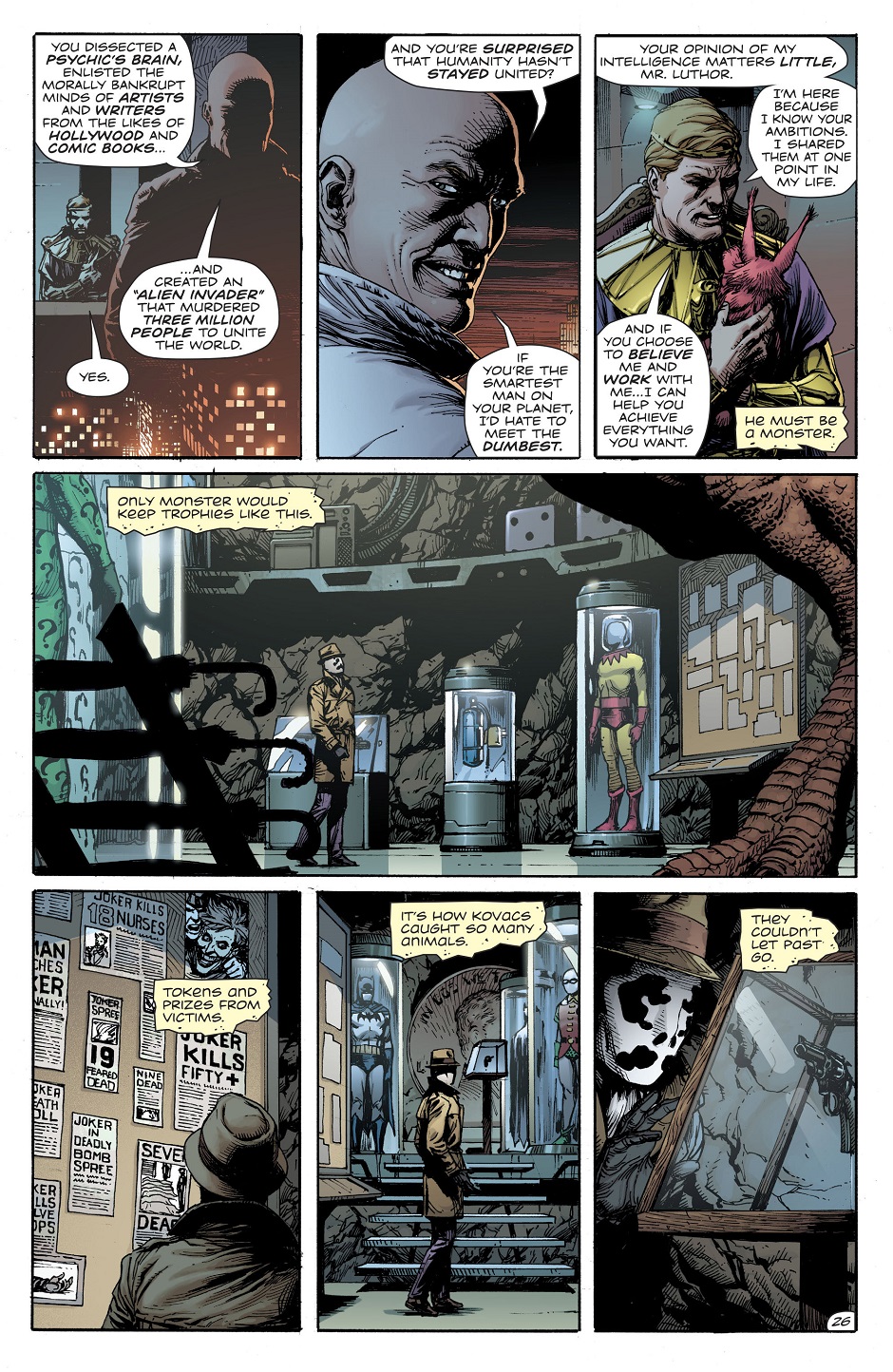 Places We have Never Known

Whoever this new Rorschach is, he is every bit the detective that his predecessor was. The scenes with him in Wayne Manor and his discovery of Bruce Wayne’s secret is a masterclass in comics storytelling; twenty completely silent panels, interspersed with blot tests, fisticuffs and a Mad Hatter in chains. Gary Frank draws these pages, telling a compelling story without the benefit of captions, word balloons, commentary or exposition of any kind.
It. Is. BEAUTIFUL.
As always, Brad Anderson’s colors help to elevate the already sublime art to cinematic levels. Page 22 and Brad’s use of blues for night, and the orange match-light are in total, gorgeous contrast, particularly between panels five and six. They are a delight to behold.
I’m obsessed with this series now, which has made me go back, re-read and scour through the original Watchmen for clues. In my review for Doomsday Clock #1, I posited a theory that the original Rorschach’s psychiatrist, Malcolm Long, could be the father of the new incarnation. This would explain so much. On pages 8 and 13 of issue 6 (cover dated February 1987) the coffee mug on Malcolm’s desk clearly reads “DAD.” In this issue, Veidt calls Rorschach “Reggie”. Could this really be Long’s son, or have I finally lost the plot?
Whatever the case, I definitely need to read more, especially after the incredible comic timing of the guest appearance on the final page. Geoff, Gary, Brad… YOU’RE KILLING ME!

The board is set, and the first pieces are in play. Luthor, Veidt, Batman and Rorschach. Wherever Jon Osterman’s alter ego is hiding, his presence is still very much felt throughout the issue. What part Superman will play still isn’t clear, but the possibilities are endless. 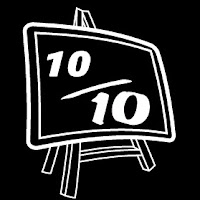