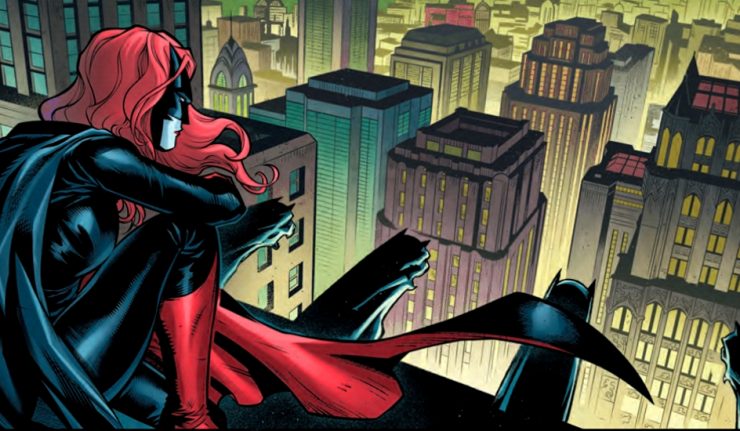 “Fall Of The Batmen” – Part Four 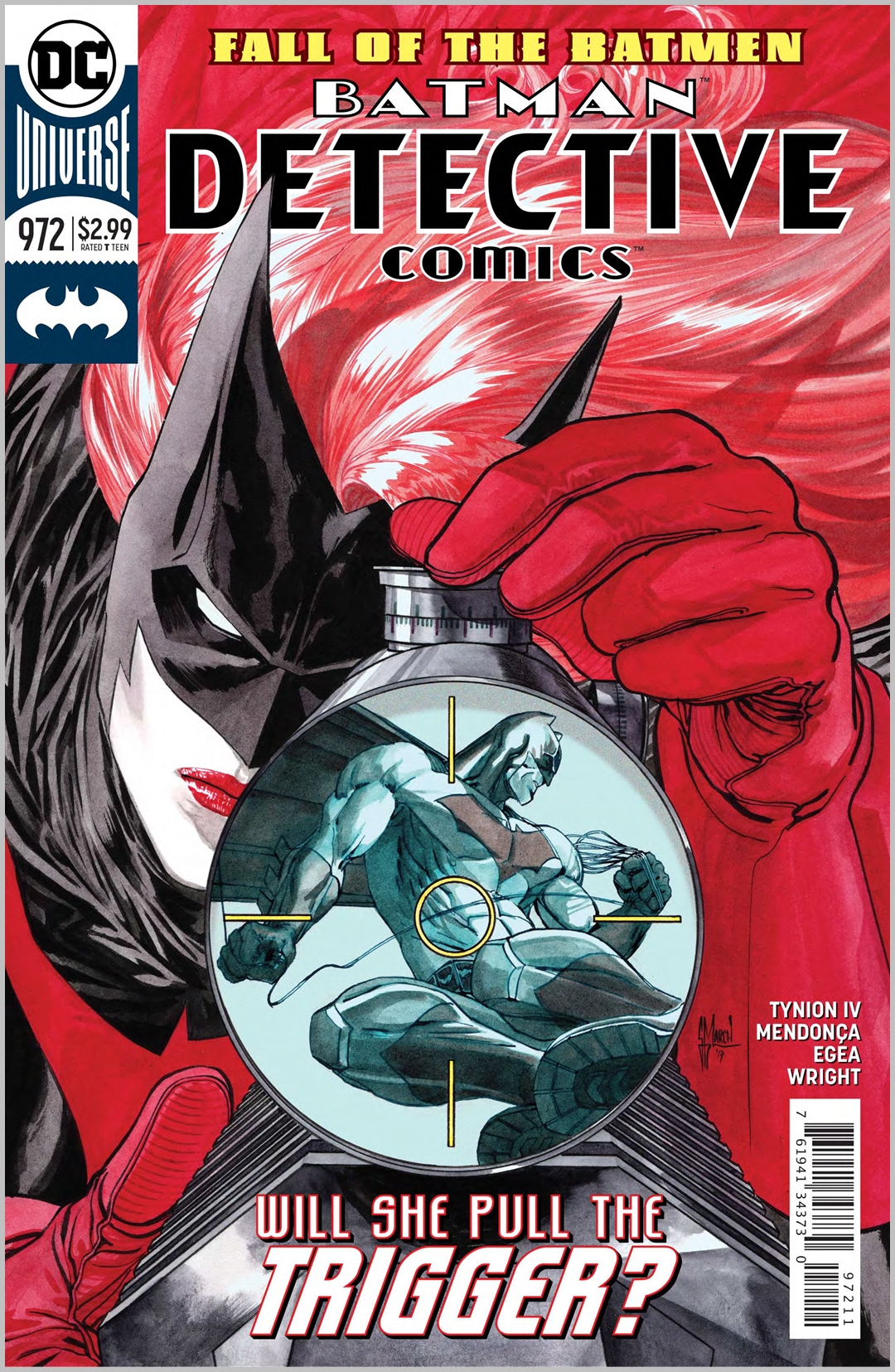 Writer: James Tynion IV
Artists: Miguel Mendonça & Diana Egea
Review by Steve J. Ray
The world is crumbling apart for the Dark Knight. He’s under attack from both friends and foes, in the fourth chapter of “Fall Of the Batmen.”
After having to fight a whole horde of heavies in the last issue, we left the Dark Knight face to face with his team-mate turned adversary, Clayface. The muddy man-monster had been captured by the Victim Syndicate, and forced to revert to his old, psychotic self. It was almost inevitable that Basil Karlo would go back to his villainous ways at some point, even though we all probably hoped otherwise.
James Tynion IV has done such an incredible job writing this character over the last couple of years, making him sympathetic, and even heroic. I’ve loved his version of Clayface, but I’ve always been a sucker for redemption stories. The way that Basil uses what he’s learned from working with Batman and the Gotham Knights is superbly handled. 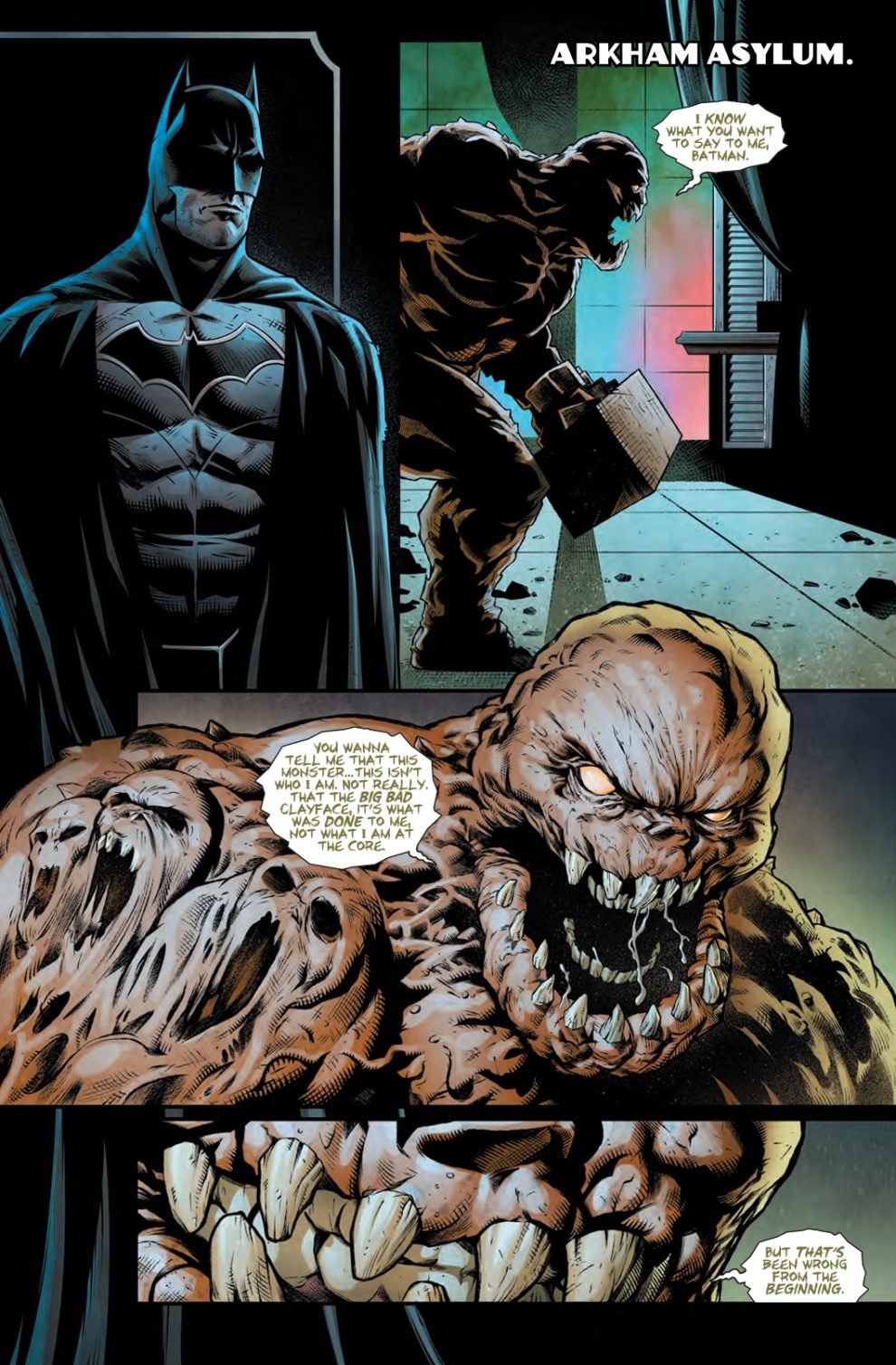 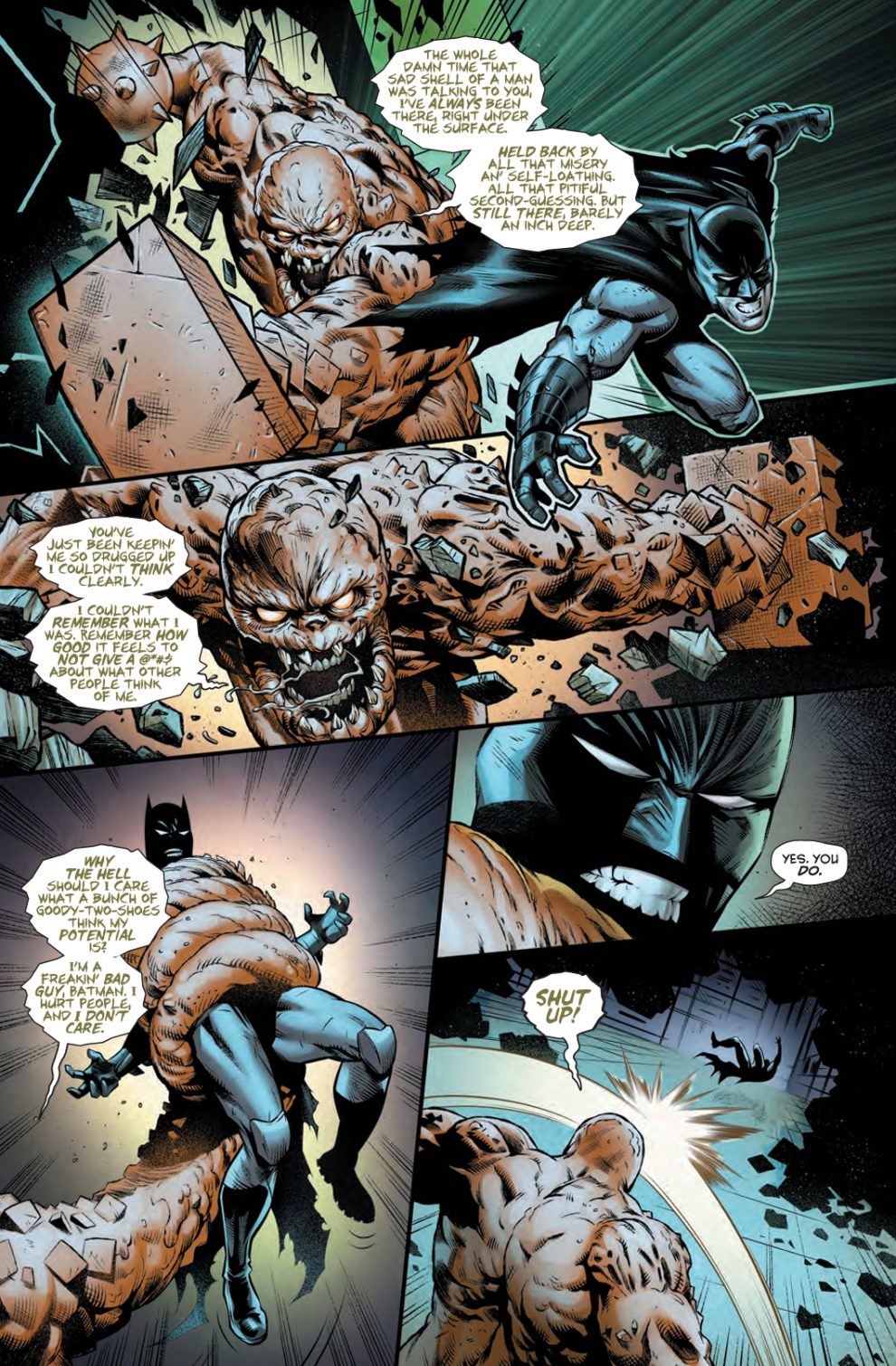 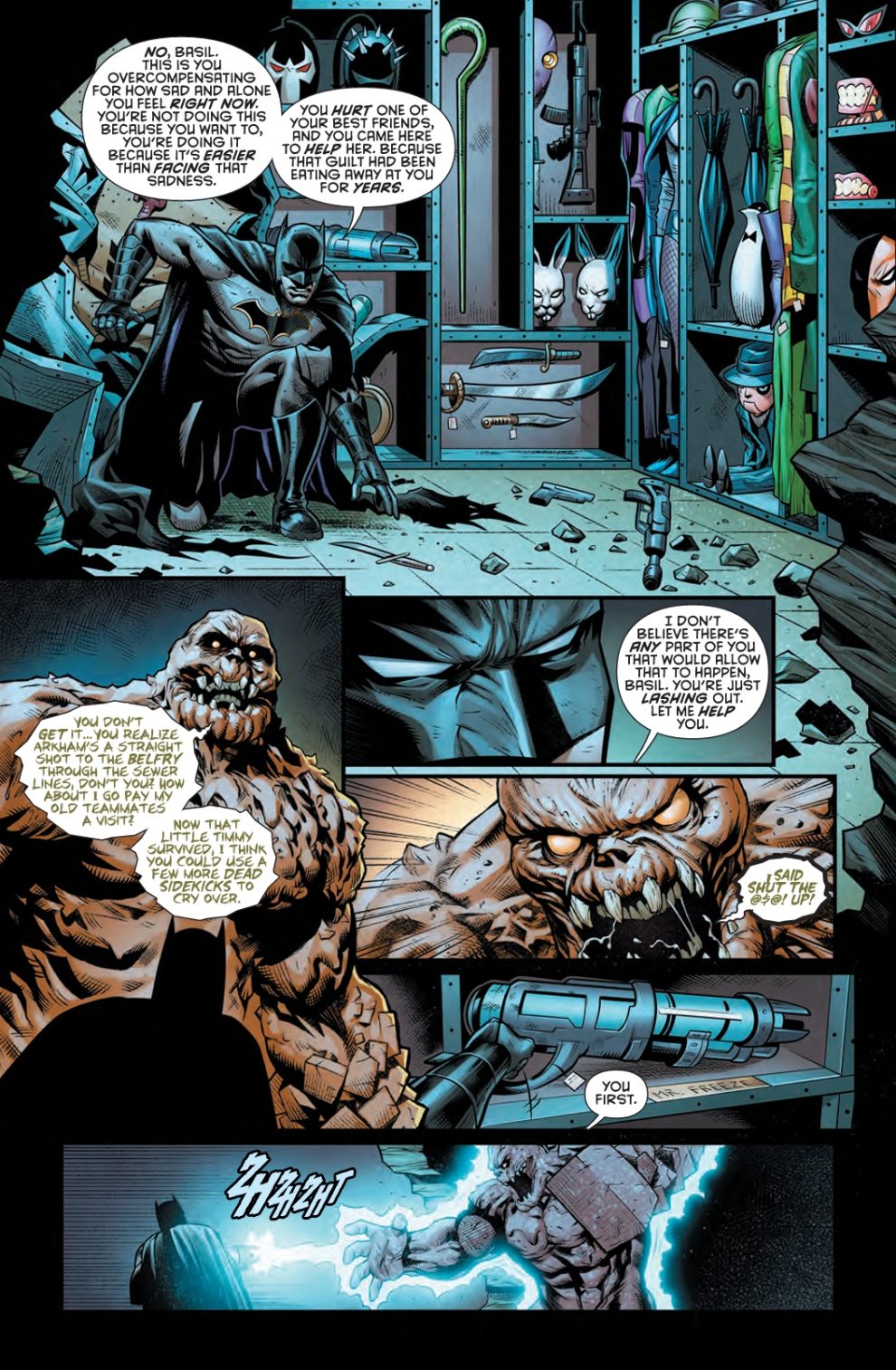 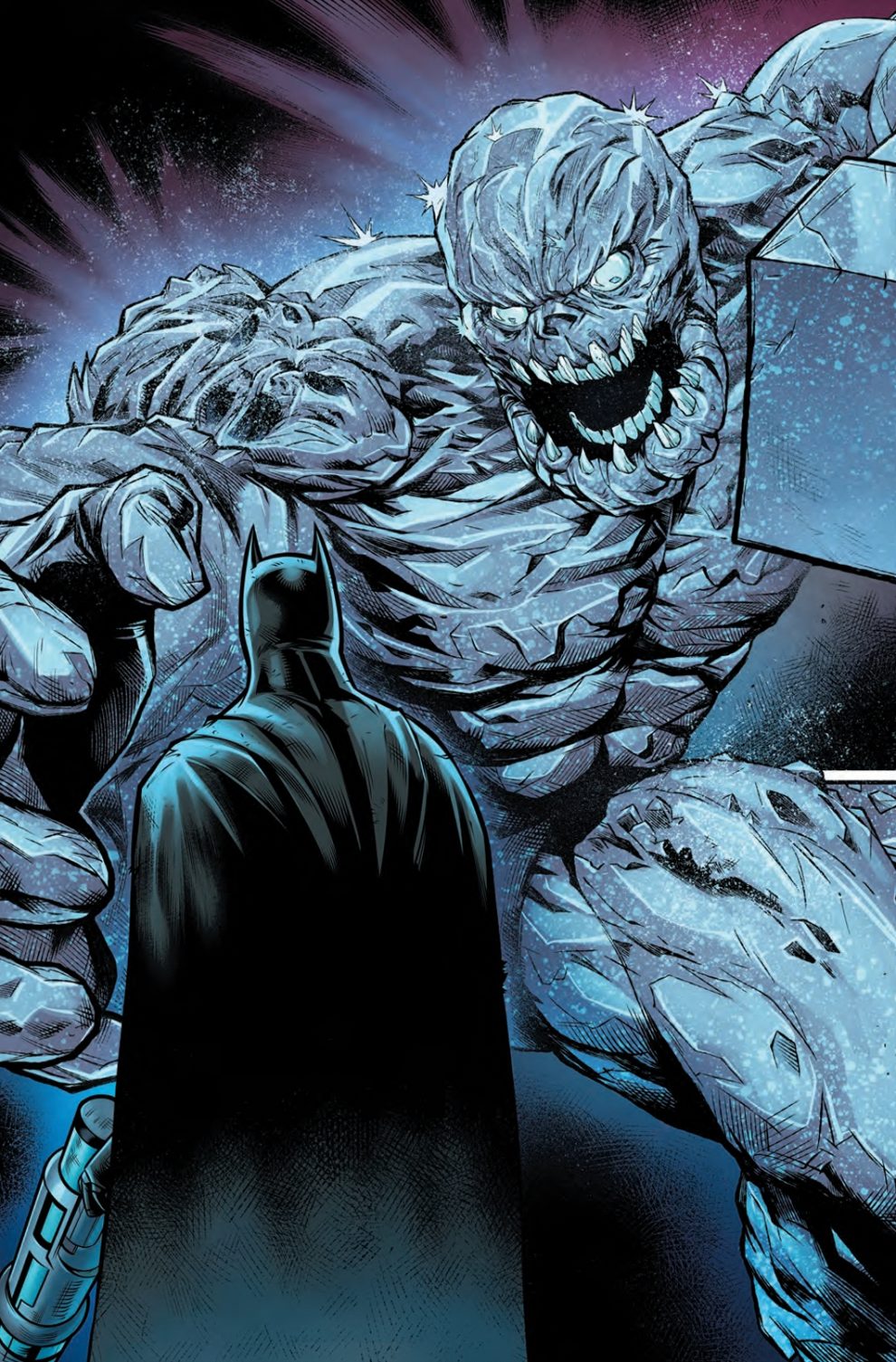 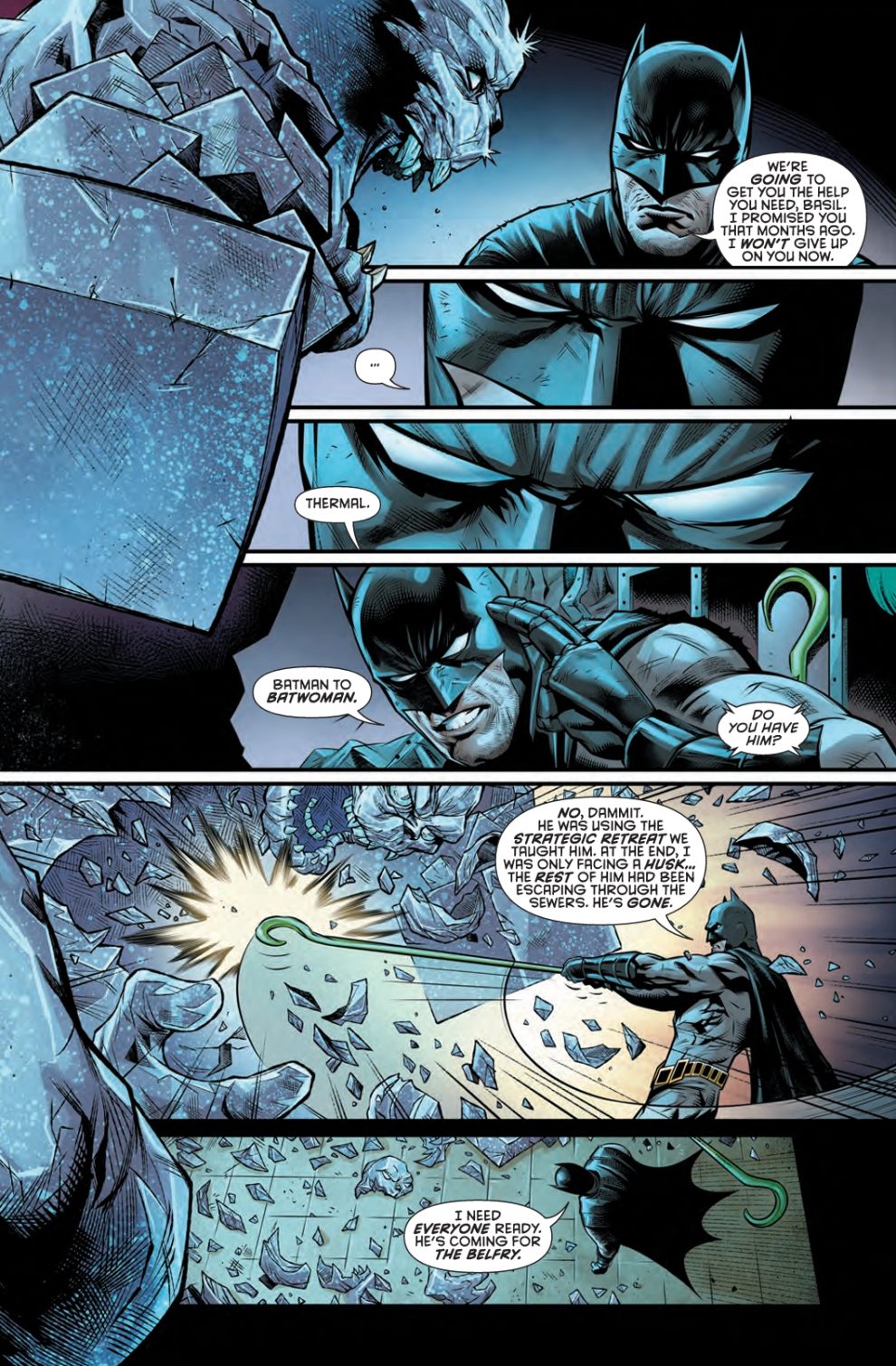 Battle Of The Batmen

The version of Clayface we see in this issue, as drawn by Miguel Mendonça & Diana Egea is both impressive, and terrifying. The multiple writhing faces all over his body, and double sets of teeth really make him scary. When we look into his cold, dead eyes, we see what could be the most intimidating Clayface ever.
The art by Miguel and Diana is wonderful from cover to cover. The scenes of rage are tempered by the beautiful emotions conveyed when Basil gets face to face with his “Bestie” Cassandra. When a comic has your pulse pounding one second, lulls you into a fall sense of security the next, and leaves you breathless by the end of the tale, you’re onto a winner.
As always the impeccable work of colorist Jason Wright and letterer Sal Cipriano more than match the writing and art. This title rocks! There’s literally nothing else that I can say. I truly am grateful to receive digital copies of this comic every couple of weeks, but it’s so excellent that I happily buy physical copies of every issue too. If you haven’t been reading Detective Comics since the “Rebirth” you’re really missing out.

This issue is yet another five star instalment in what is rapidly becoming a five star run. I urge everyone to pick up the trade paperbacks of this series, of which Vol. Four “Deus Ex Machina” has just been released.
Both the collection, and this issue rate a perfect: