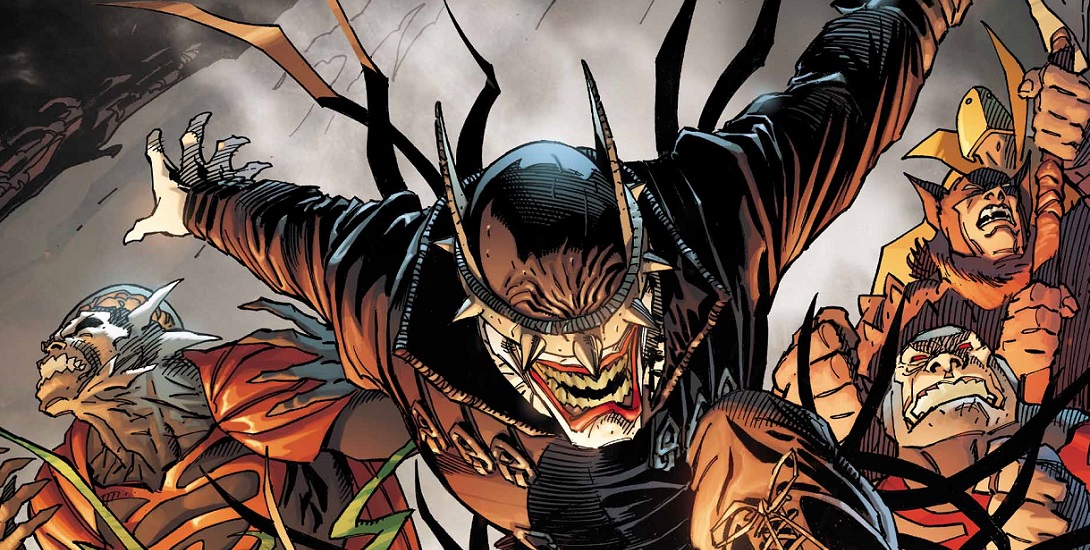 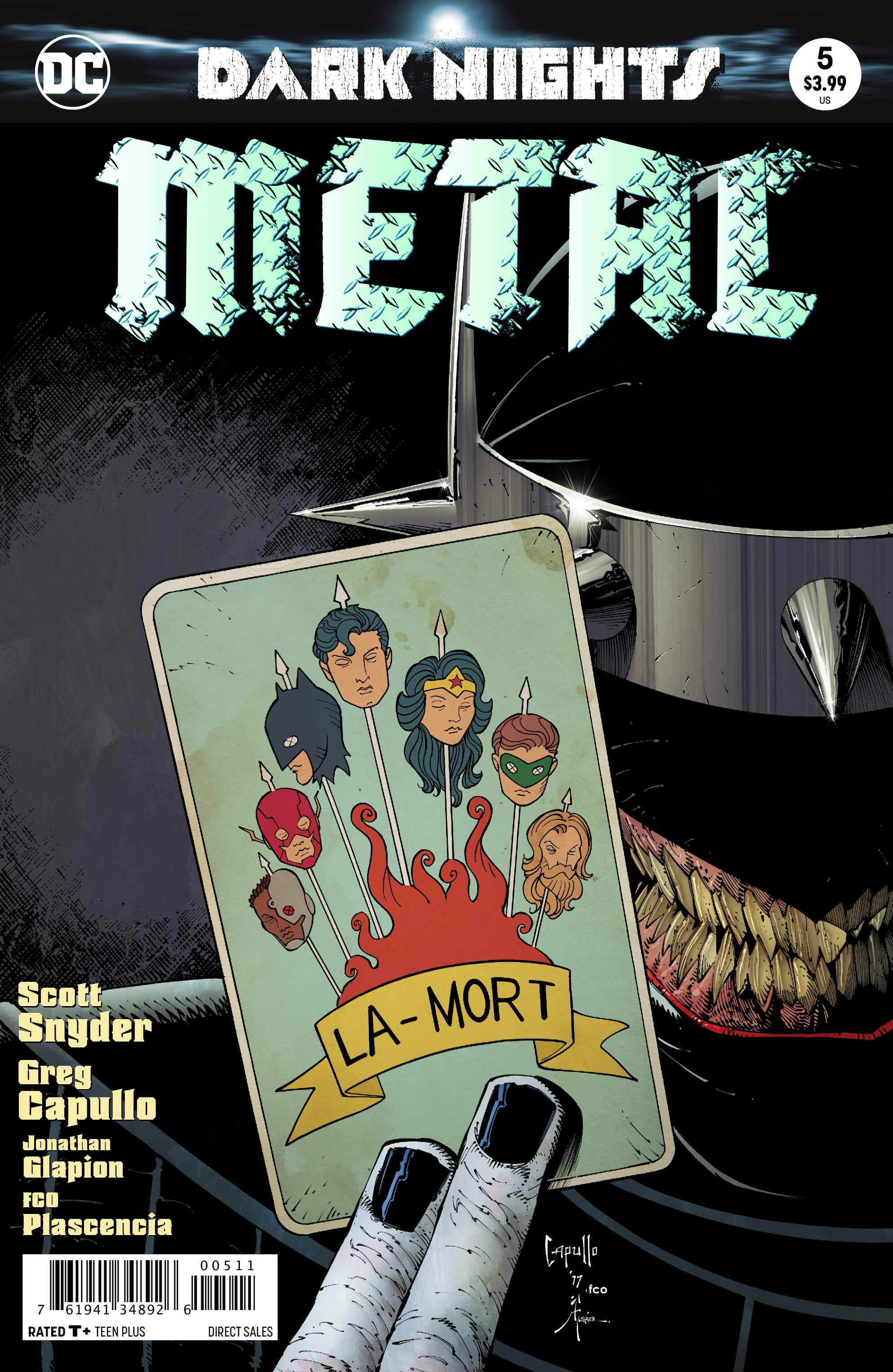 Review by Steve J. Ray
The end is near. With only two issues remaining in this incredible series, the stakes have been raised and the sense of impending doom is just getting stronger. With Superman losing hope, and Batman aged to just a shadow of his former self, have Barbatos and The Batman Who Laughs won? Is this the end?
This is comics, so the answer is no… but it sure doesn’t feel that way!
Minor spoilers follow. You have been warned.
Scott Snyder is delivering thrills at an incredible rate. The threat of these invaders from the dark multiverse feels so real. These twisted reflections of our favorite heroes are so well crafted, that we feel they may actually be superior to their heroic counterparts.
From the start, with the reveal that Hawkman is alive but has turned to the dark side, the threat levels are almost suffocating. The way that Scott Snyder has reversed the roles of the World’s Finest team is masterfully handled. Batman is the force driving Superman on, while the Man Of Steel has all but succumbed to his fear. 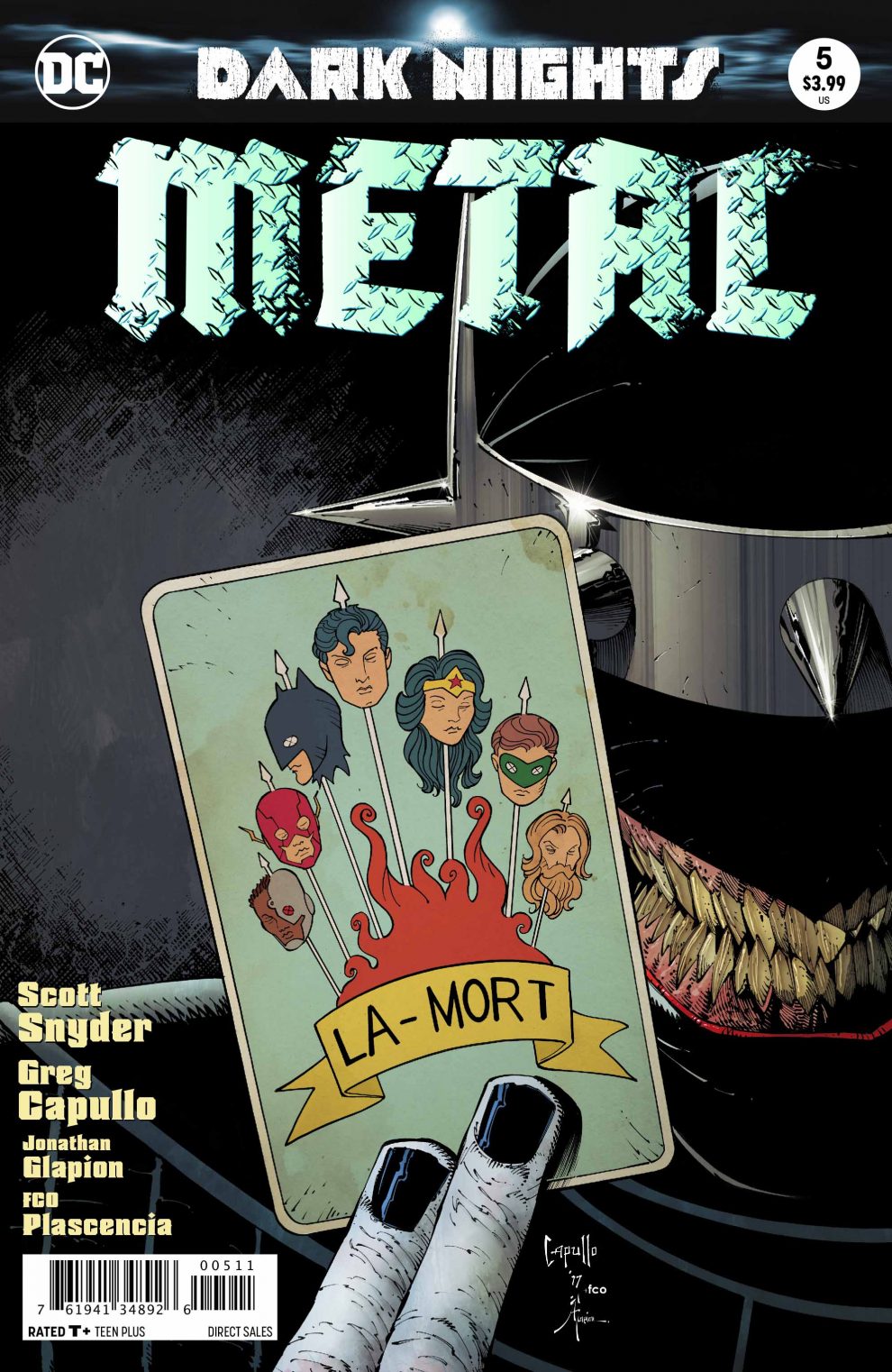 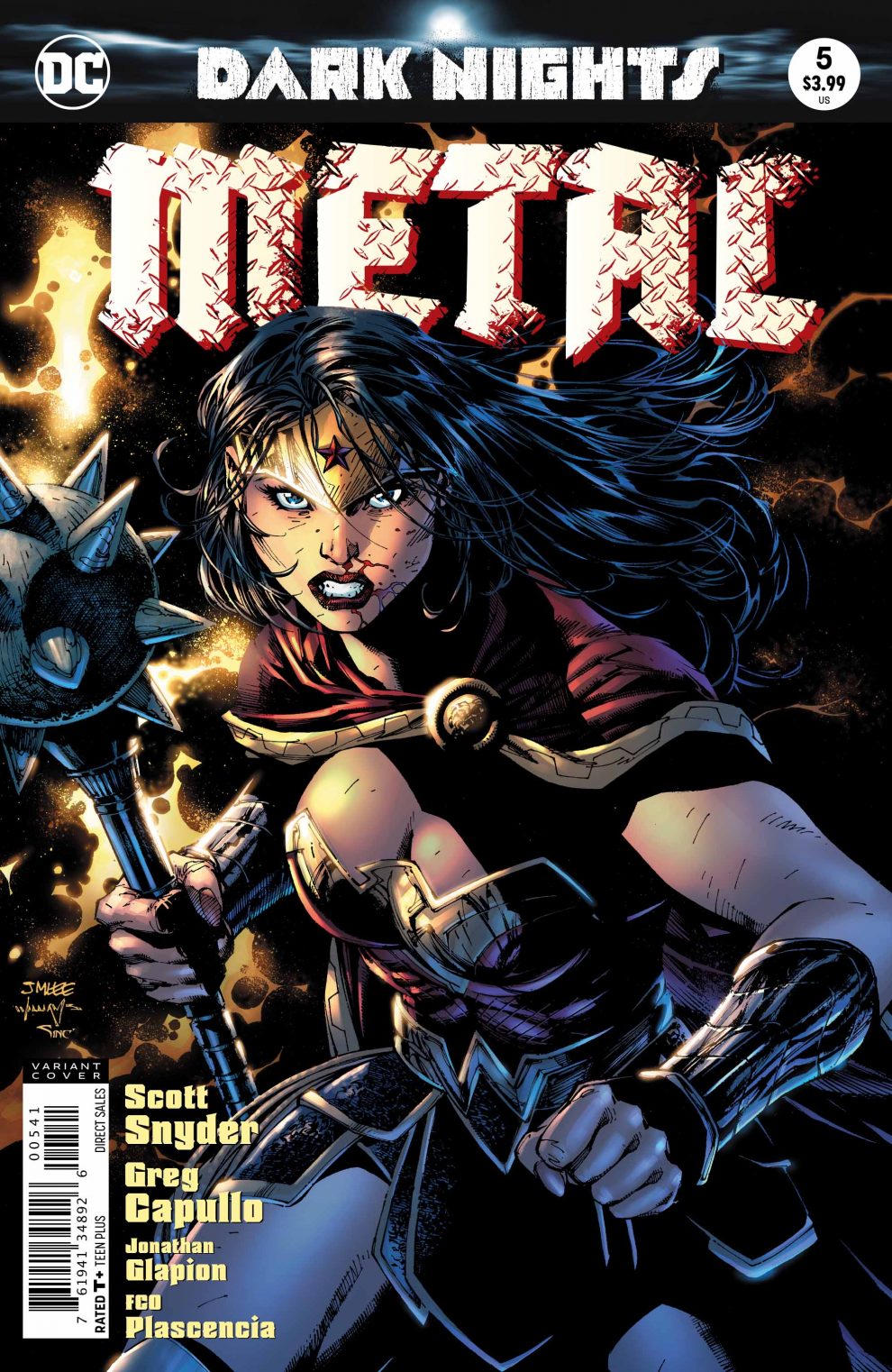 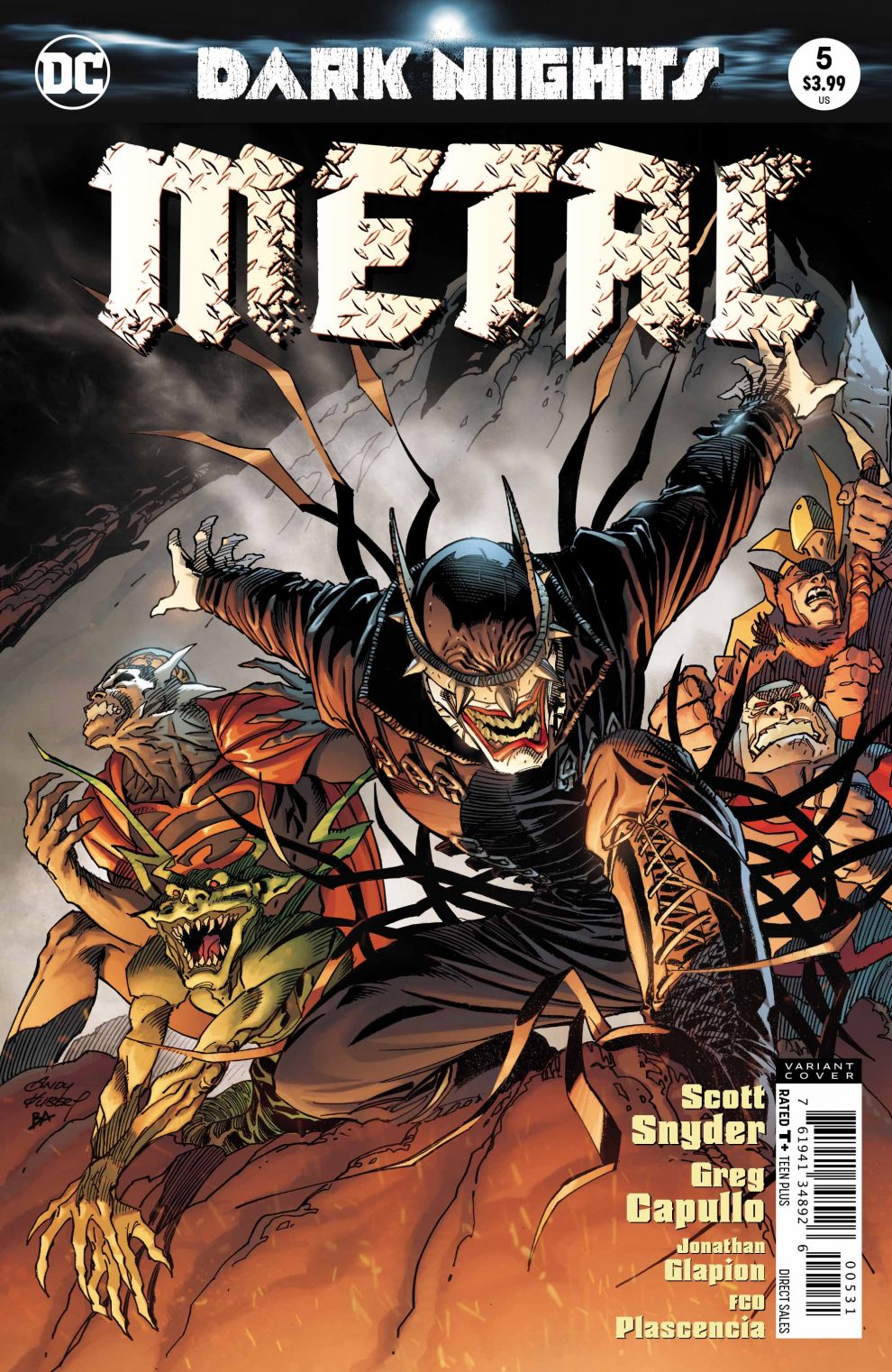 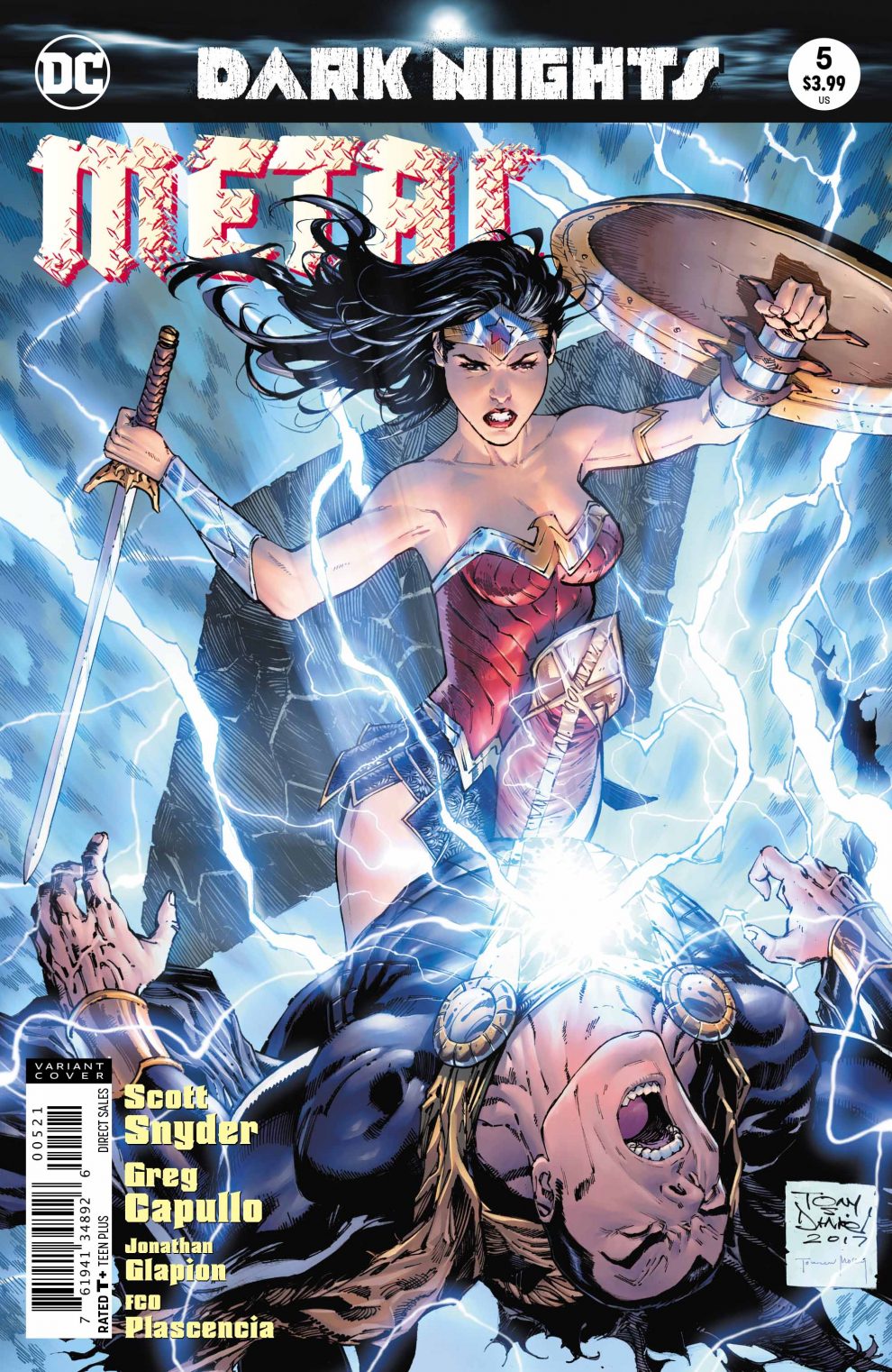 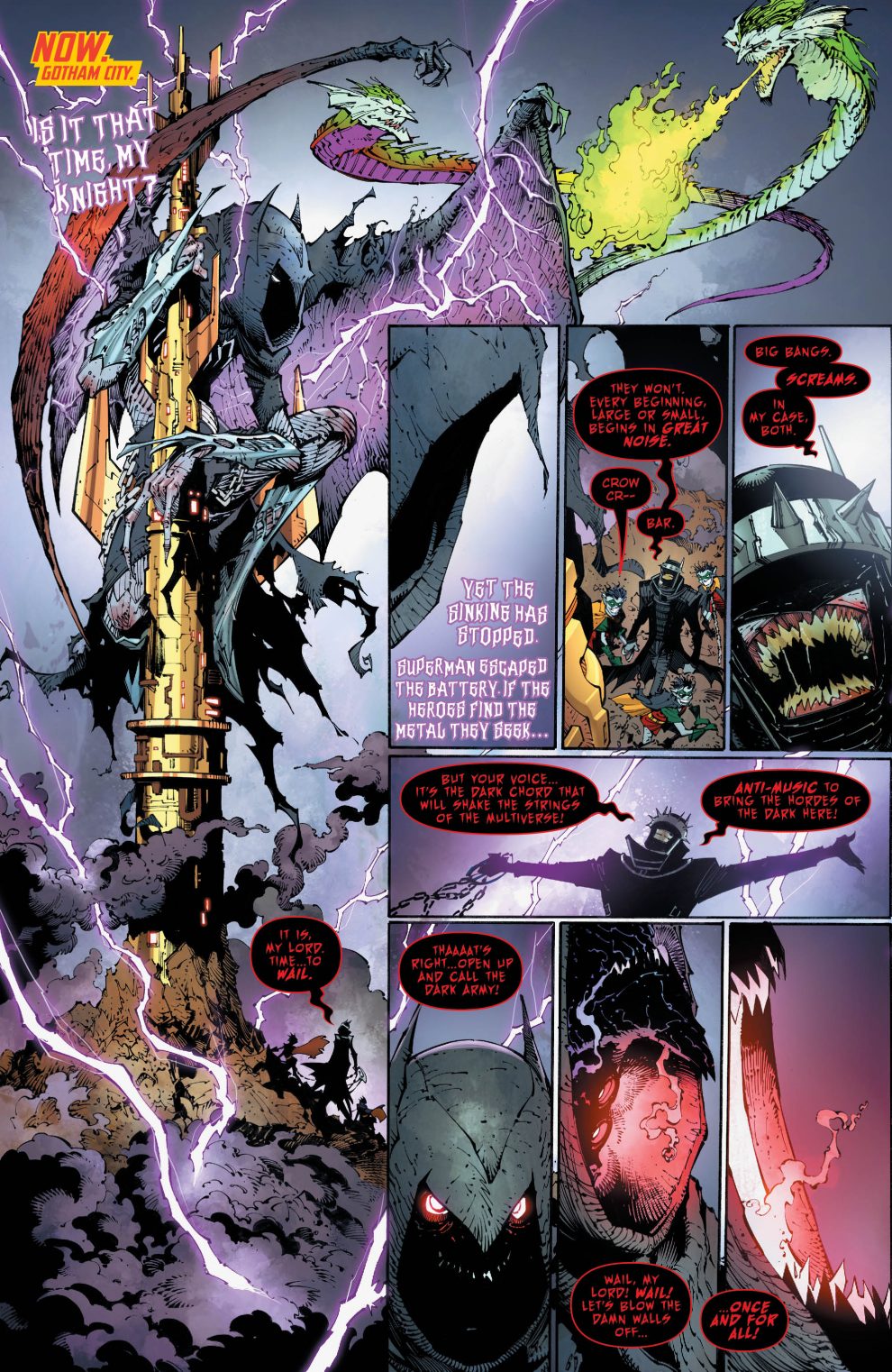 He Who Laughs Last

With the forge turned dark, the feeling of impending doom in this issue is strong, but Mr. Snyder is a clever man. The Batman Who Laughs attacks, but Wonder Woman fights on, Aquaman, Mr. Terrific, and Green Lantern are confronted by the remaining evil Batmen, but a familiar friendly face appears to lend aid. In the heart of darkness, a flicker of light, as the dark Hawkman’s doubt sparks the last fading embers.
This is vintage, archetypal mythology, disguised as comic book fun and games. This team is on fire! 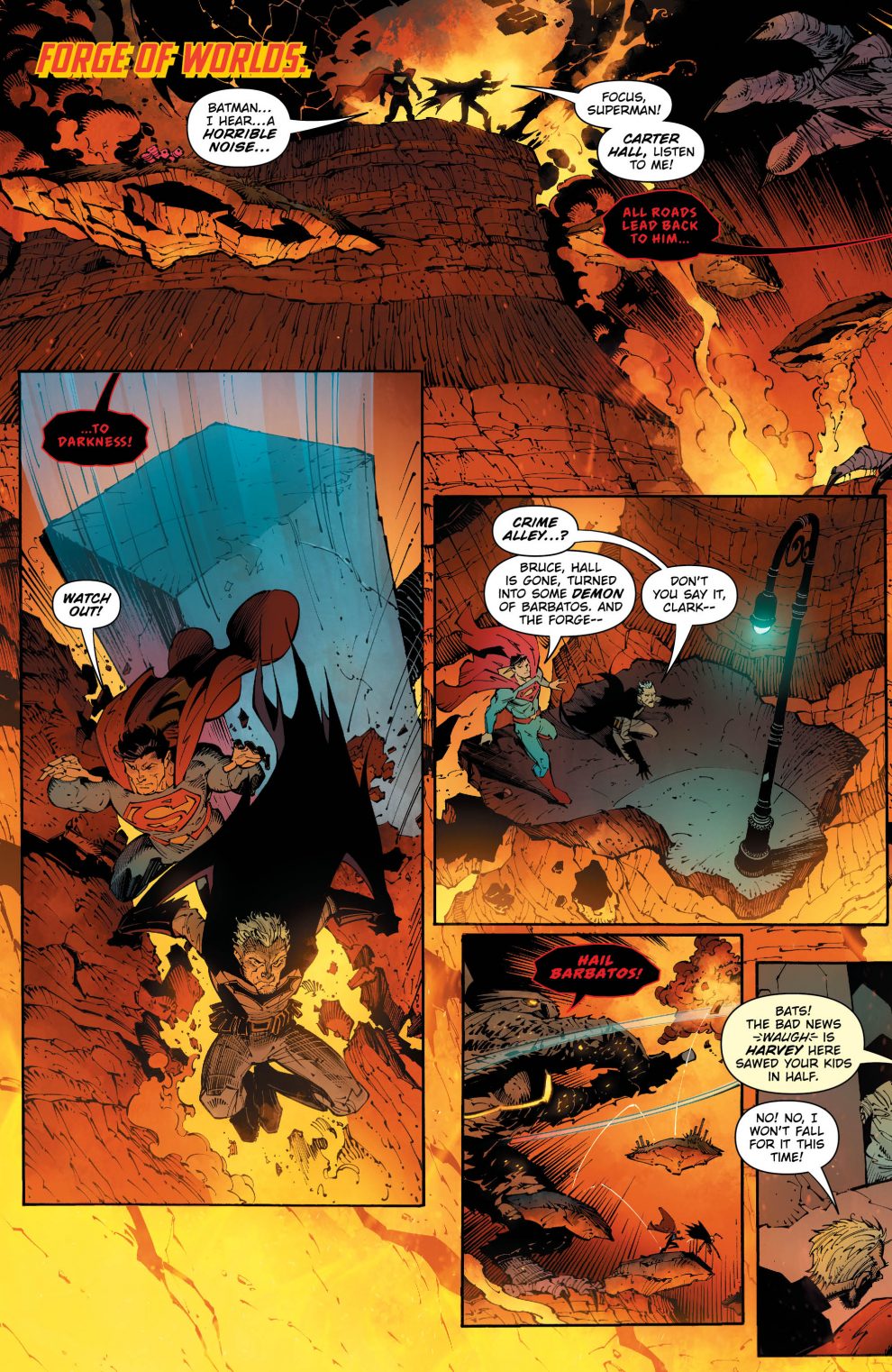 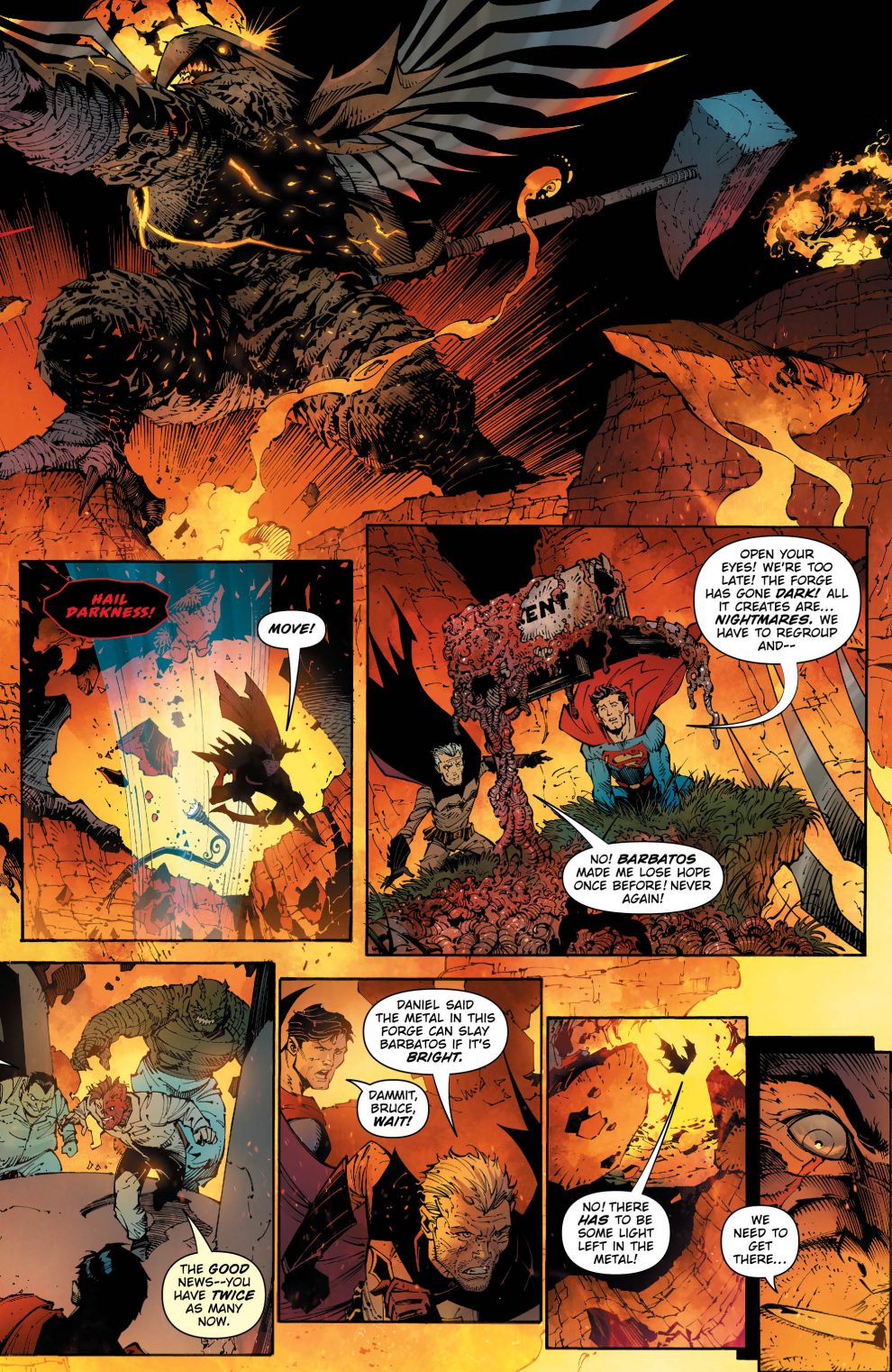 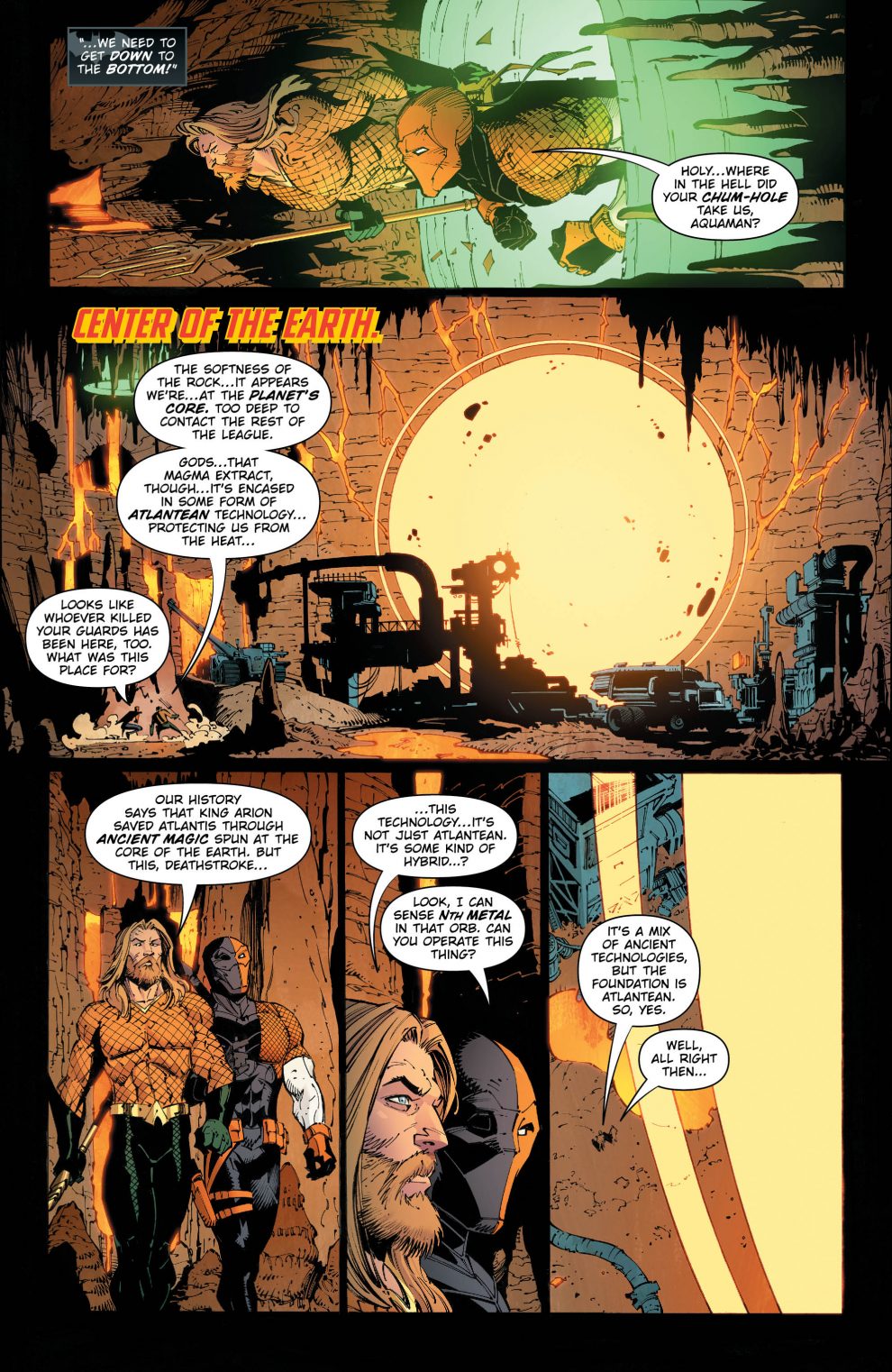 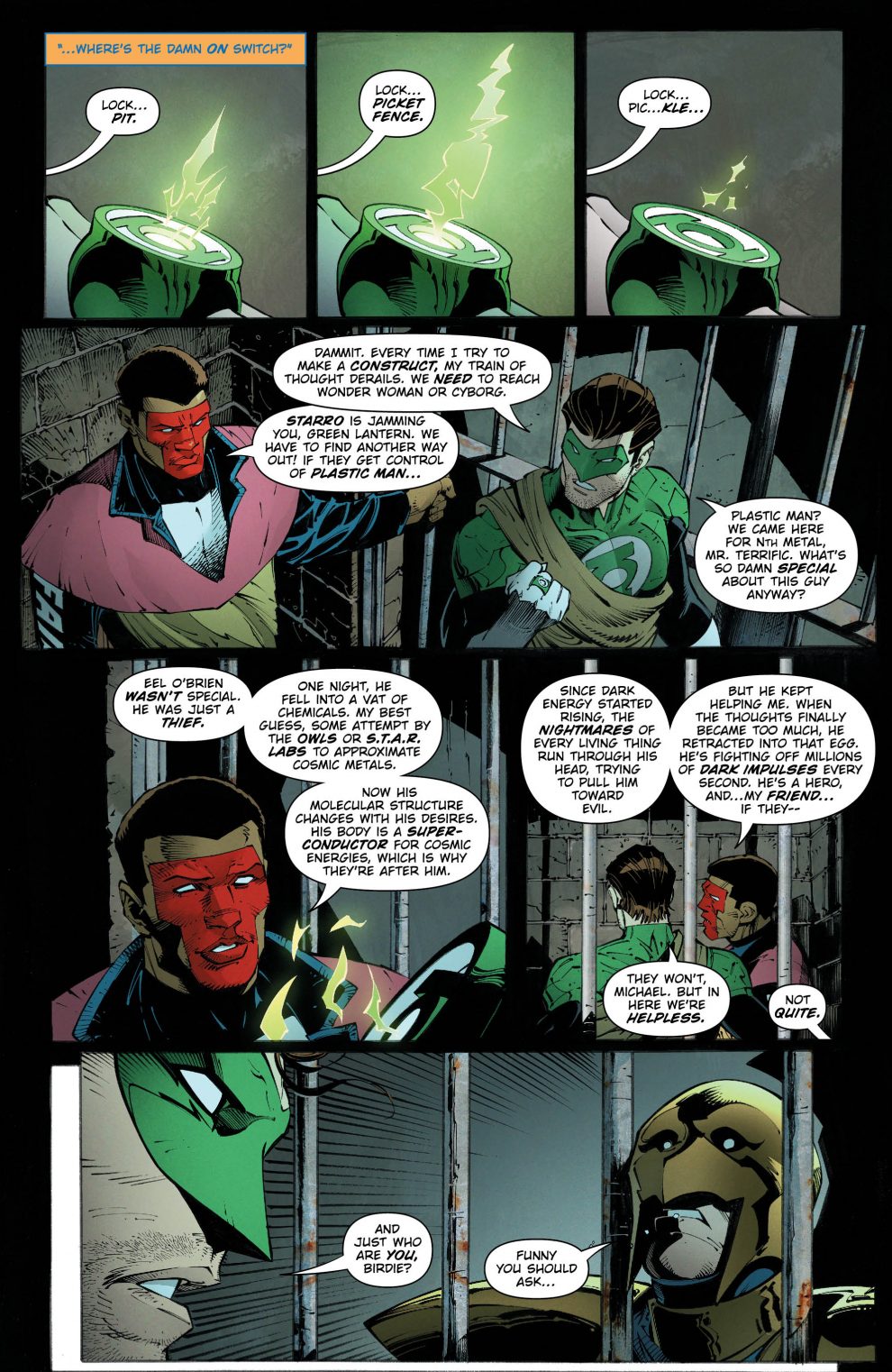 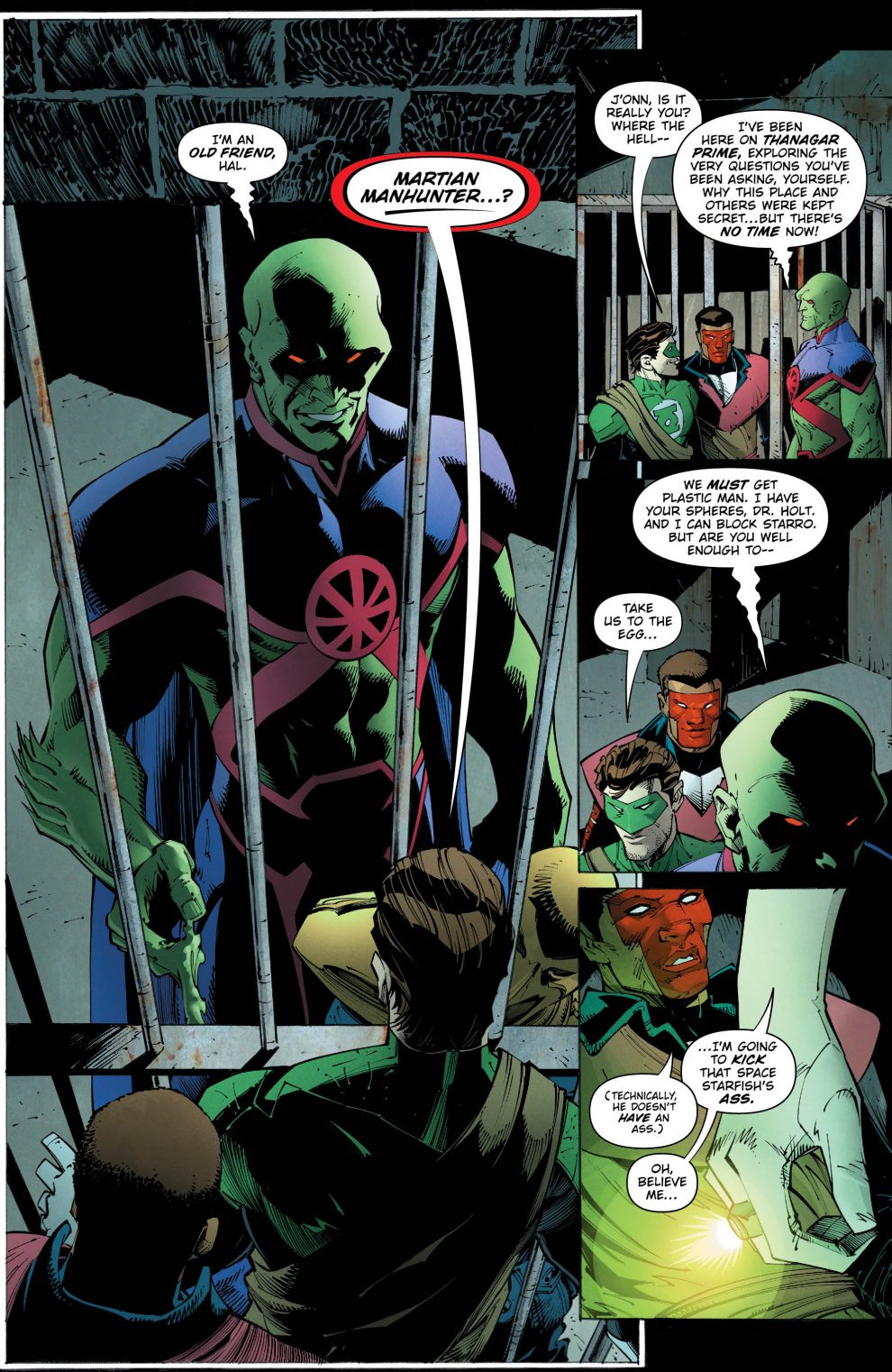 Darkest Before The Dawn

What’s left to be said about the art on this book? Greg Capullo has been at the forefront of his field since the dawn of the New 52. He works with Snyder in a way that is organic and symbiotic. Over the last decade, they have truly shown that they’re one of the finest writer/artist combos in the industry. It’s actually got to the stage where I think I would pick up any title that has either of their names on the cover.
Jonathan Glapion’s inks over Greg Capullo’s pencils are yet another prime example of sublime teamwork. The richness and texture of the inks, married with the atmospheric color palette provided by Plascencia, give us pure comics gold.

There is no doubt that we’re reading comics history in these pages. The Batman Who Laughs is one of the most terrifying villains ever to grace the pages of a comic-book. I truly hope that this isn’t the last time we see him, or his dark universe cohorts.
I don’t know if anyone’s noticed, but I’m loving this series!
With The Dark Hunt coming next, then only issue six remaining, I am both incredibly excited, but sad to see it all end. Scott Snyder writing with Grant Morrison… I’m drooling! Another terrific issue, full of great entertainment.