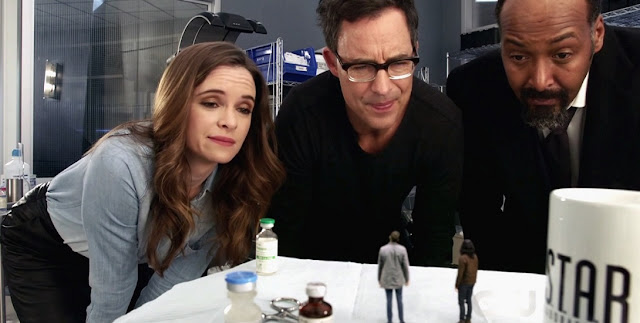 Sometimes all we need is an episode of a show that’s just plain, simple, fun. “Honey, I Shrunk Team Flash” is all of this, and a whole lot more besides.

When a chapter is played mainly for laughs, sometimes the storytelling can suffer. I’m really happy to report that is not the case here. The writing on this episode is exemplary on every level. We get a laugh-fest, really cool visuals, great character moments, and the ongoing plot that is tying the season together also advances beautifully.
No mean feat. 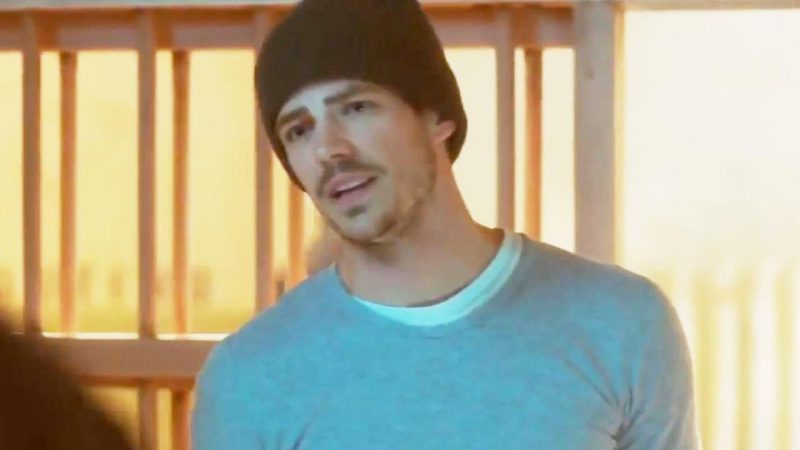 It’s great to see the series continue to use villains from the comics; Sylbert Rundine, AKA Dwarfstar, is an enemy of Ryan Choi, the second Atom. Using his powers to shrink Cisco and Ralph gives us the comedy of the piece, and ties in with the title. Look out for the Ralph Dibney gumshoe joke, it’s a keeper.
As always Grant Gustin and the rest of the cast shine. I can never sing the praises of Tom Cavanagh enough; his acting over the last four years, as a multitude of different versions of Harrison Wells have all been amazing. I believe that his performances are as much a lynchpin of this series as Grant Gustin’s.
In this episode we  also see that being stuck behind bars doesn’t stop Barry from being part of the action, or from being a true hero. His interactions with Bill Goldberg and Big Sir’s fate in the episode are beautifully handled. 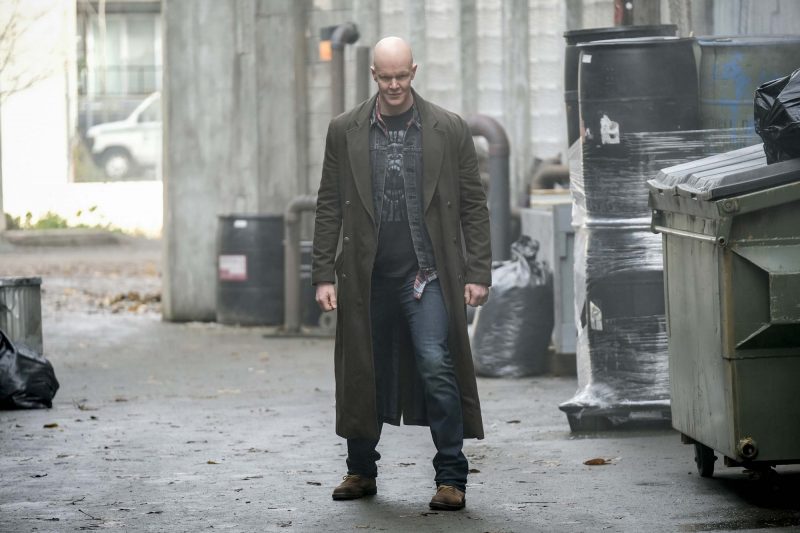 Cecile And Joe Get Shrunk

Poor old Vibe and Elongated man aren’t the only ones that get “Shrunk” this week. We see the return of Iris and Barry’s relationship therapist, but this time she has Joe and Cecile on the couch. The results are interesting… to say the least.
I know that we don’t mark episodes on a scale on this lovely site, but if we did this one would get a solid ten from me. There’s personality, laughs, action, and yet another spectacular cliffhanger. It looks like Barry’s troubles are only just getting started.
Tune in next week, won’t you? I know I will. 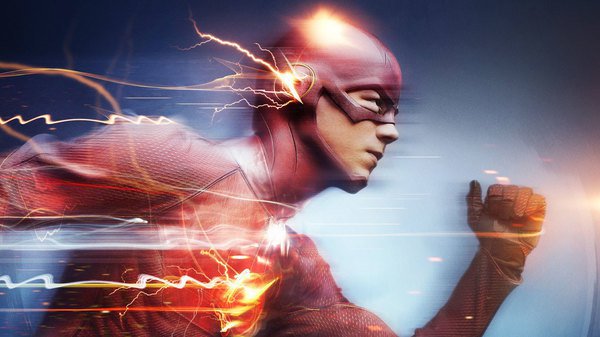