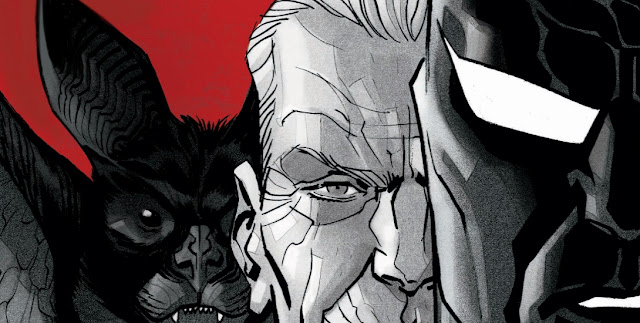 
Writer: Dan Jurgens
Artists: Phil Hester and Ande Parks
Review by Steve J. Ray
The all-action Batman title continues to deliver the thrills. We last saw Terry about to be unmasked, and neck deep in trouble. Sound familiar? You’d better believe it… and don’t you just LOVE IT?
In chapter four of “The Long Payback” we finally get the answer as to who’s behind Stalker’s latest attack on Batman, and it’s a doozy!
Sometimes comic-book adaptations of TV shows can seem forced, or like cheap cash-ins. This is not the case with Batman Beyond. Comics veteran Dan Jurgens has certainly done his homework, bringing back both notorious villains from the old show, but also the odd, surprising, friendly face too.
In issue #17 readers are fortunate enough to get one of each!
Stalker always maintained that he was just a gun for hire, in this instalment we find out who’s finger is on the trigger. The other surprise return probably shouldn’t be surprise at all, especially considering who Terry fought in Chapter One of this great story arc. I like to keep all my reviews as spoiler free as I can, so either pick up a copy of this pulse pounding piece of comics literature, or come back here in four weeks, when I’ll spill the beans. 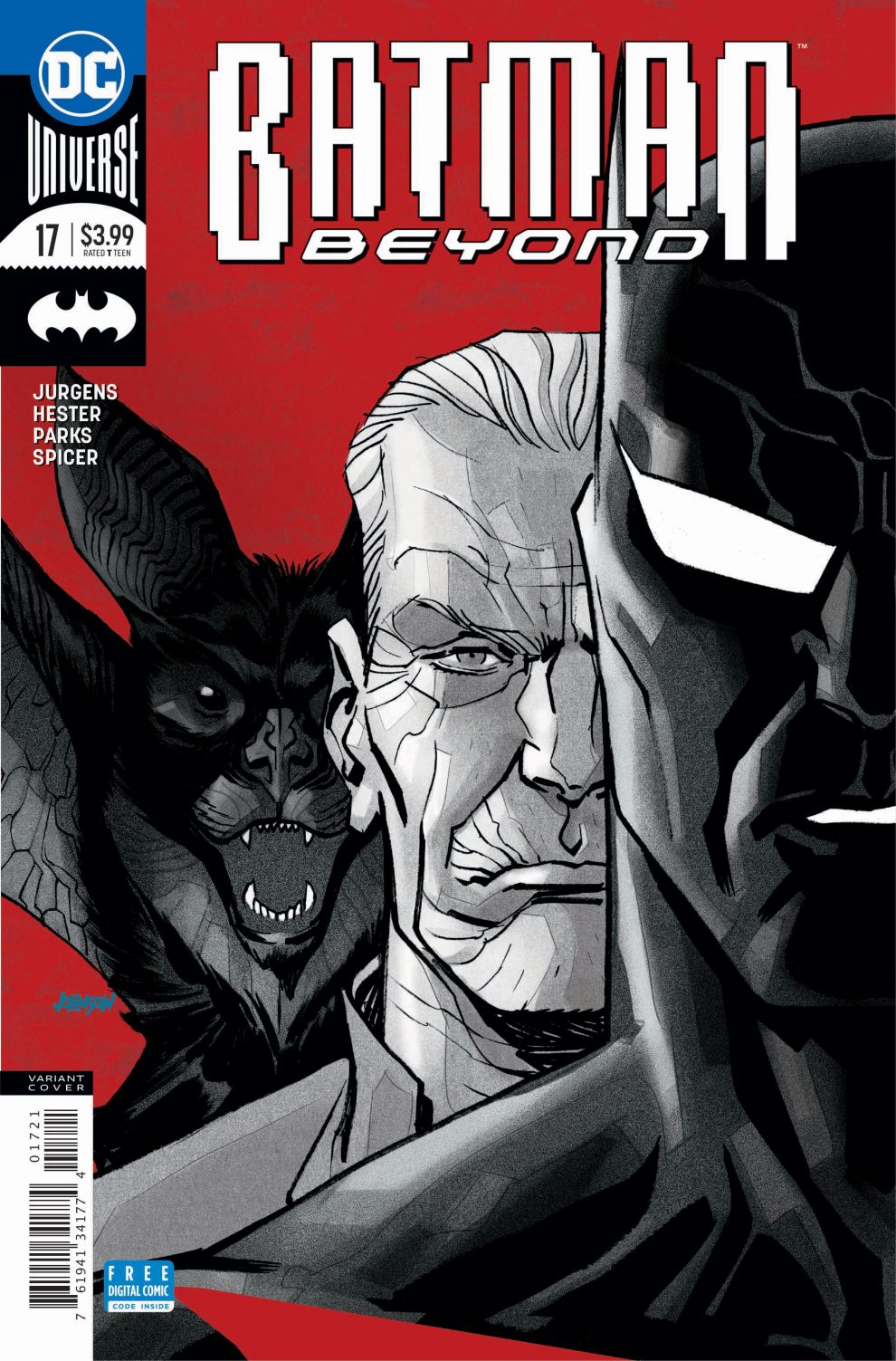 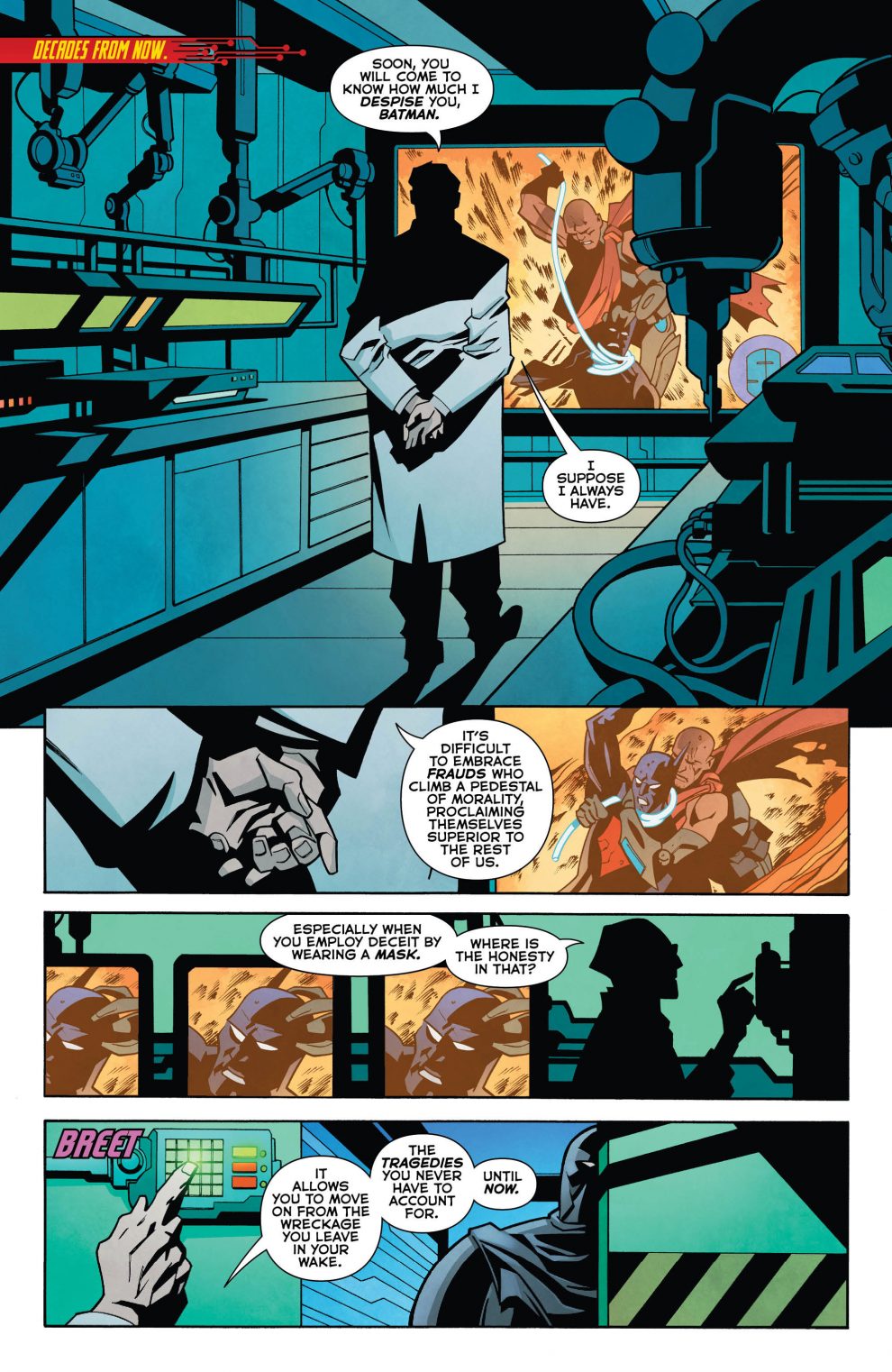 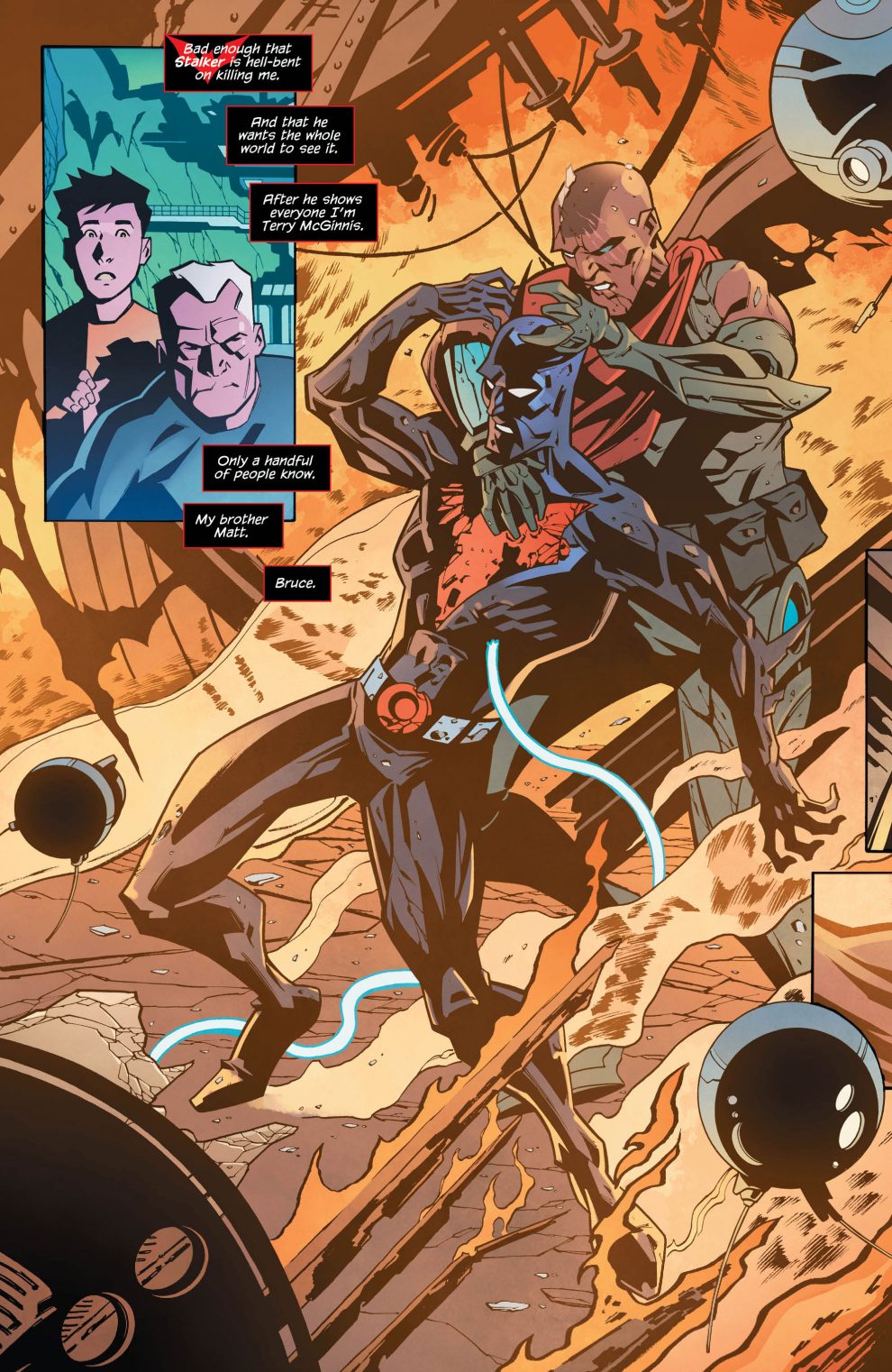 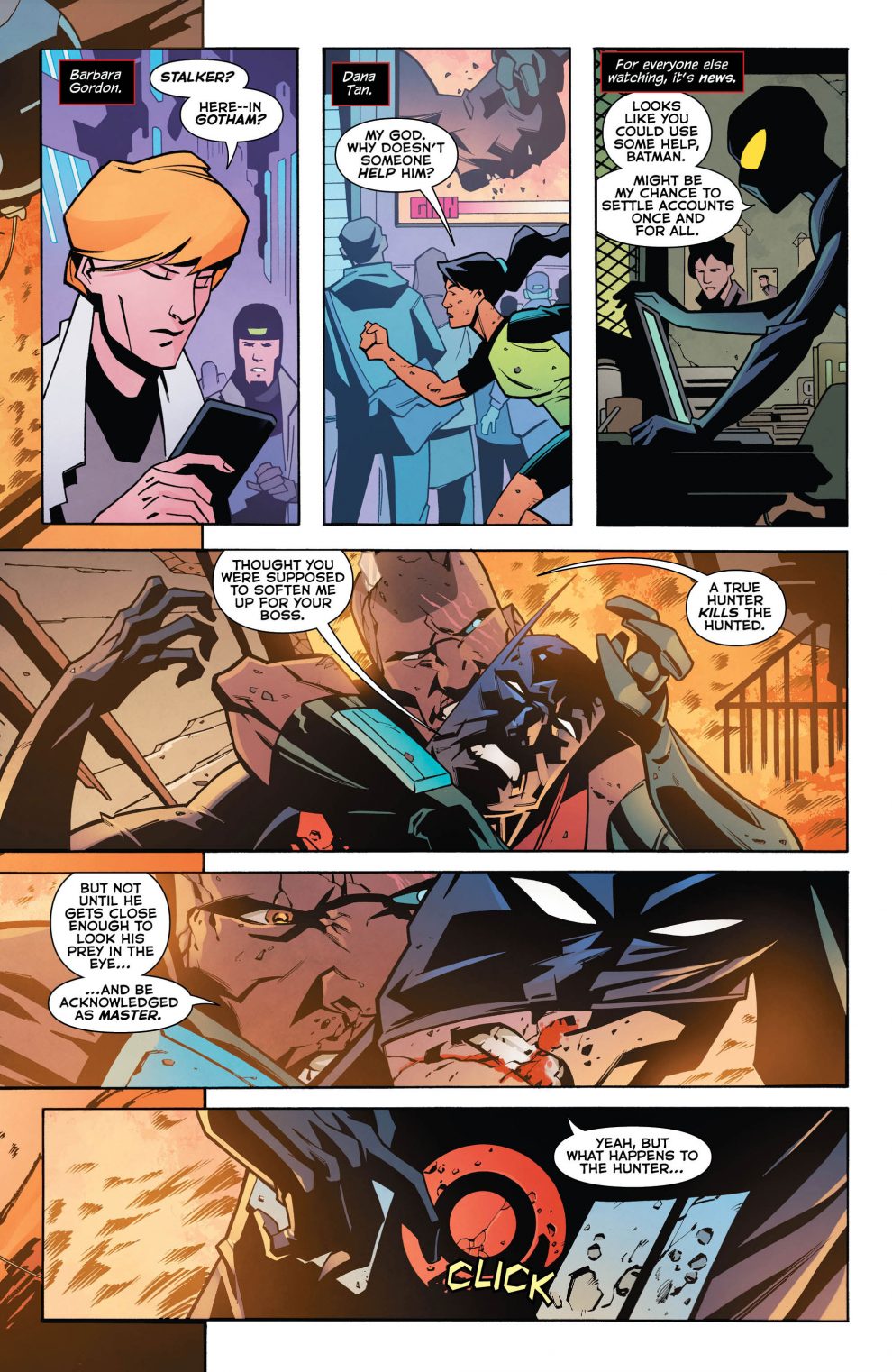 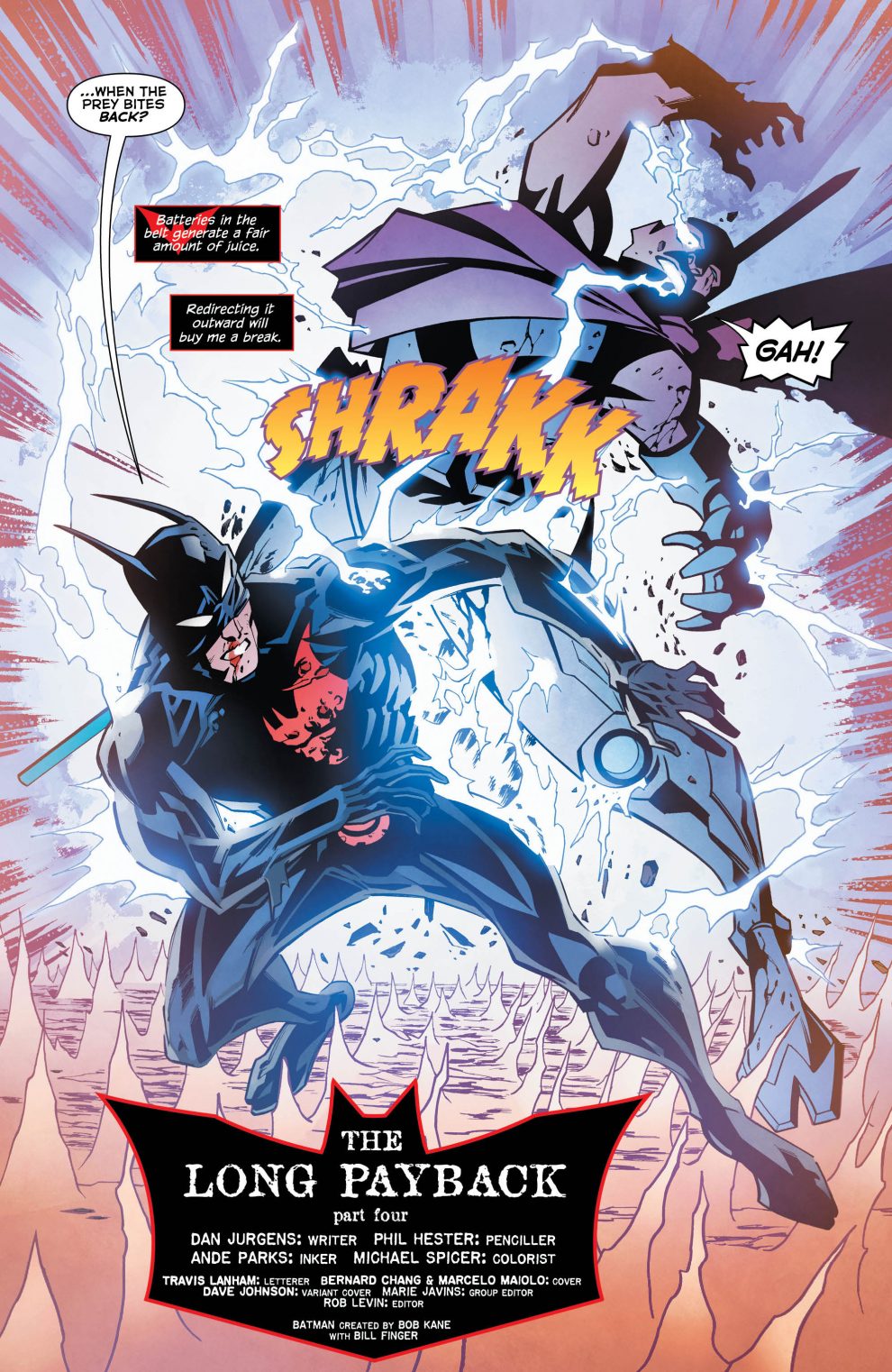 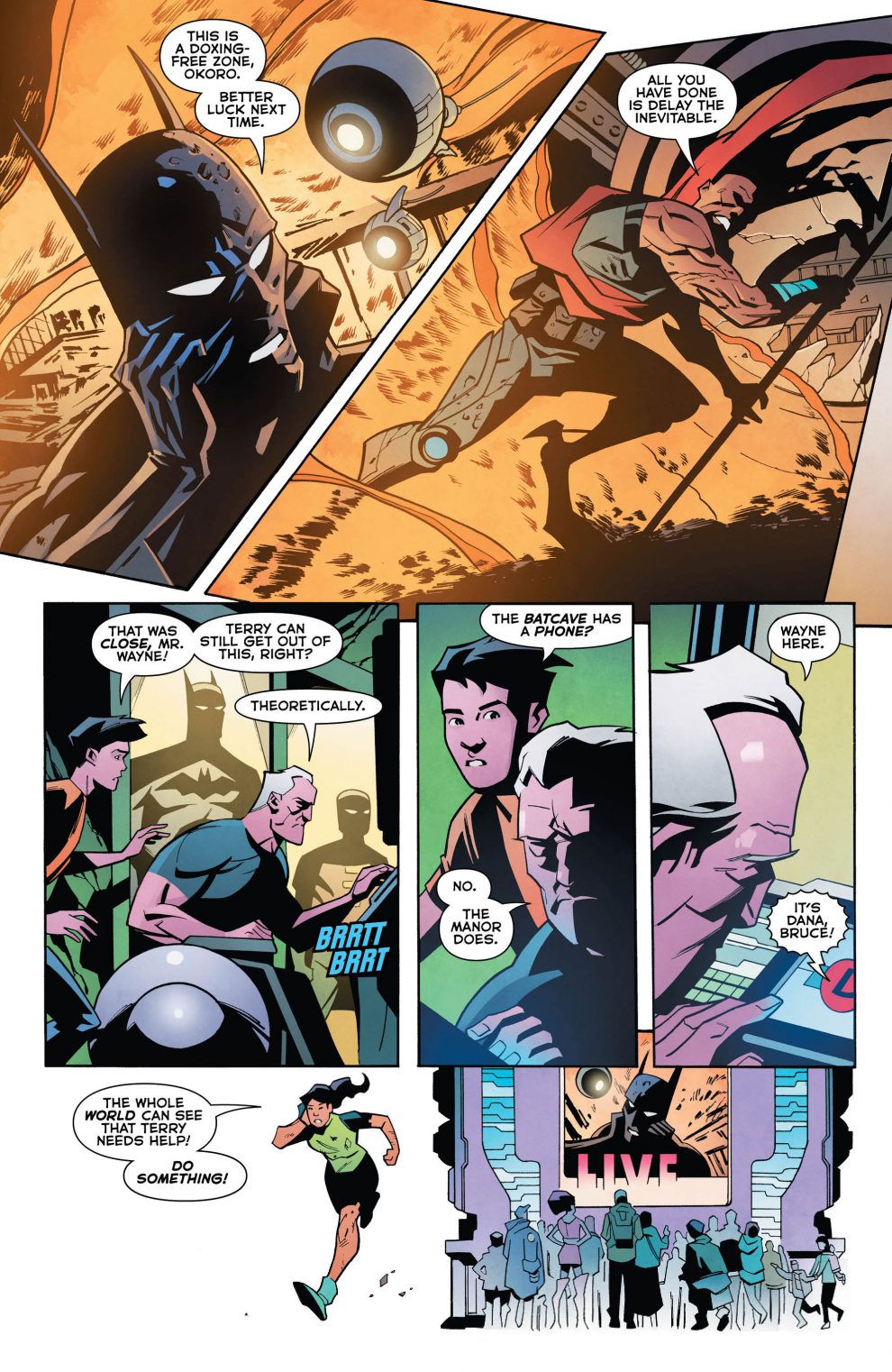 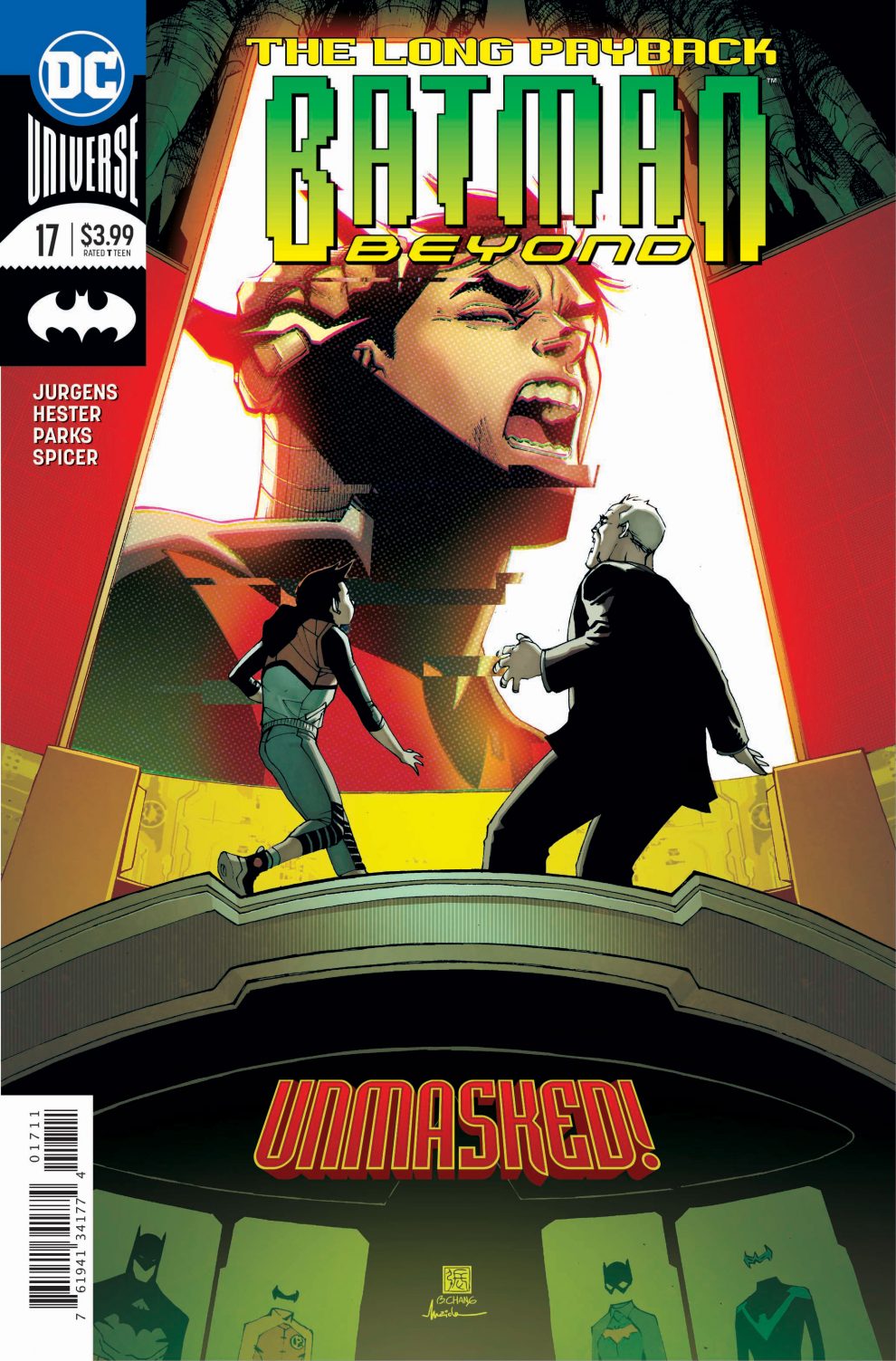 Once again Mr. Jurgens’ script is lovingly brought to life by veteran artists Phil Hester and Ande Parks. The flames, explosions and action all leap off the page, but that doesn’t mean that this book is all bluster and bravado. We really feel Matt McGinnis’ panic, and fear for his brother’s safety, and Bruce Wayne’s concern for his young protegee.
I love Michael Spicer’s use of color on this title. His smoke, lighting, fire and flares all add real atmosphere and depth to the book. Batman Beyond truly is a throwback to the comics of my youth, but with all the continuity, richness of character, and layers of tension that a more modern audience demands.

“Unmasked” is another thrill ride of a chapter. This issue was fun to read and has all the hallmarks of a vintage comic. Once again Dan Jurgens proves to be the King of Cliffhangers, drawing the readers in with the promise of further thrills yet to come. Whenever I read an issue of Batman Beyond, I’m always reminded of the tagline used back in the mid eighties for DC Comics’ Blue Devil series. I’m going to paraphrase a little here, but I think it fits:
Batman Beyond… making comics fun again!