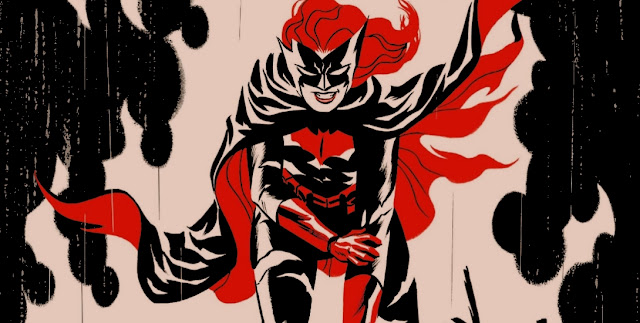 “Paradise Is Burning Down” 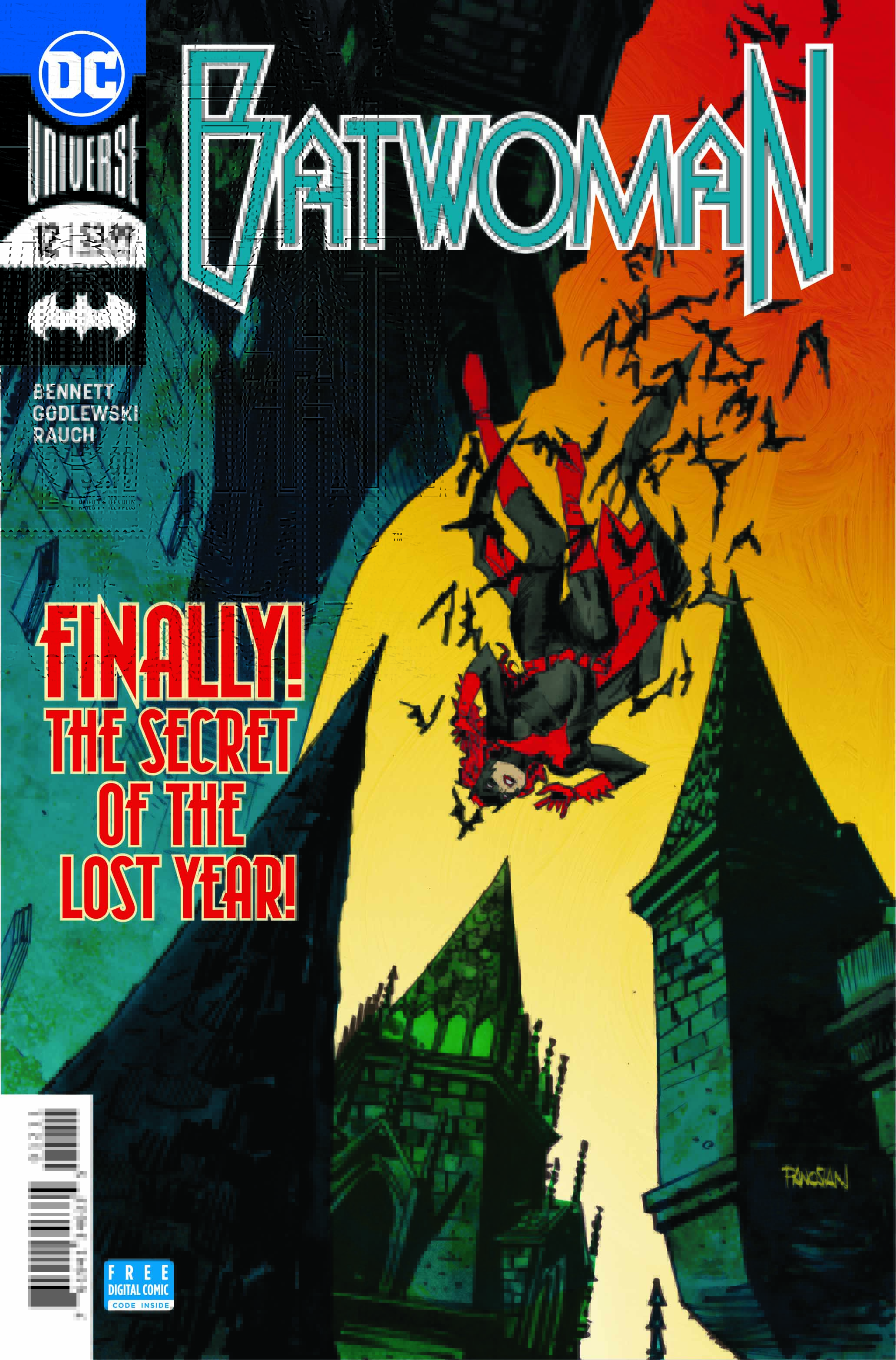 Writer: Marguerite Bennett
Artists: Scott Godlewski and John Rauch
Review by Steve J. Ray
And so we reach the end of Kate Kane’s “Lost Year.” Batwoman has always had a rich, textured backstory, and this particular chapter of her life has proven as riveting as all the rest. “Paradise Is Burning Down” is a tale of resolutions, revelations… and repercussions.
The past twelve issues, their disjointed jumps from present, to past, to future, have been a fascinating read. This take has been fresh, innovative and engaging. Marguerite Bennett’s characters and their motivations have always been clear, so this issue’s shocks should really not have come as a surprise at all.
Safiyah’s benevolent rule over the criminal paradise of Coryana could never have been more than an elaborate facade, but the reveal of her ultimate intentions are enough to finallly burn away the remaining vestiges of innocence from Kate Kane’s eyes. This will put her, firmly and finally, on the path to becoming Batwoman. 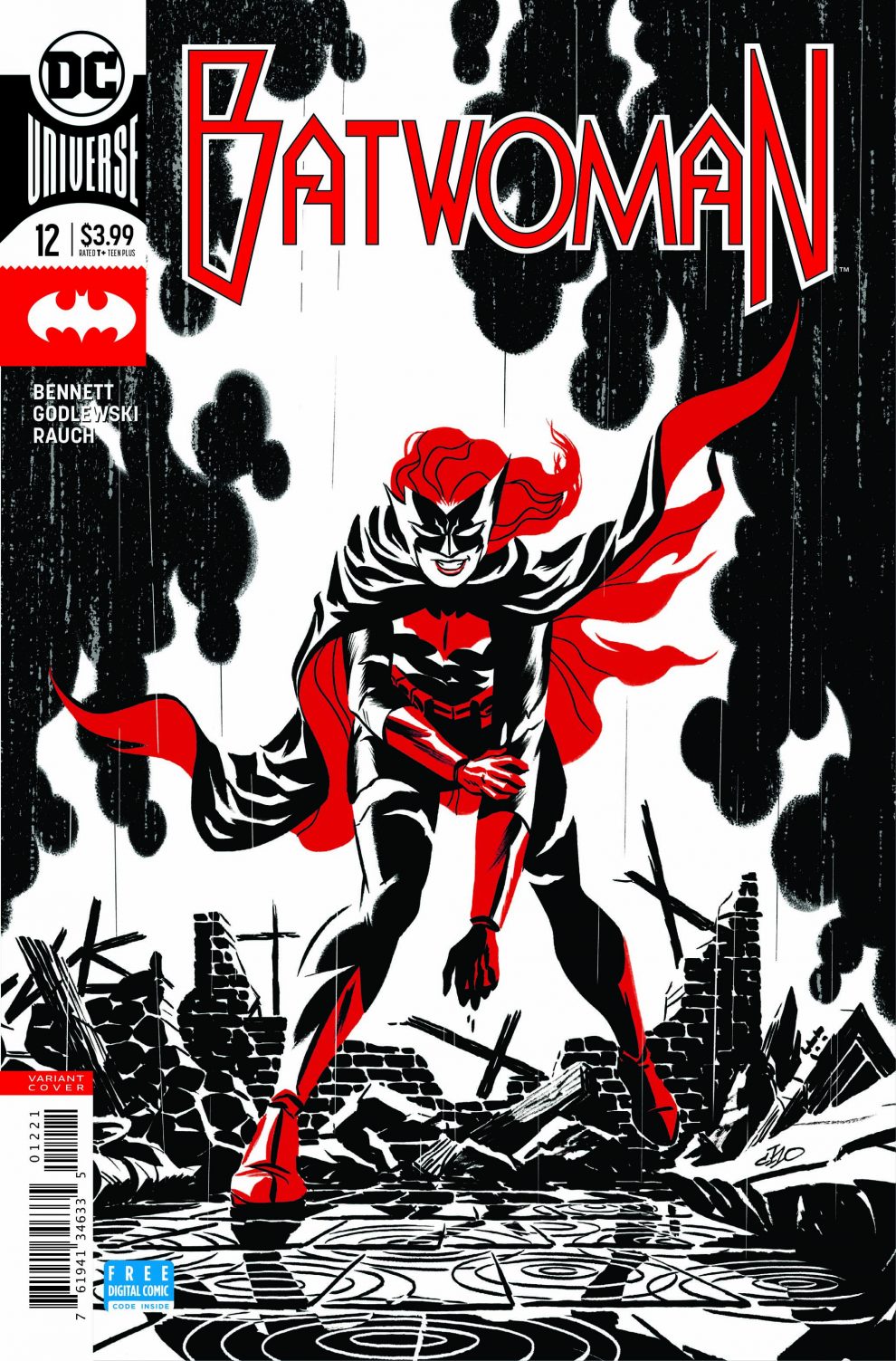 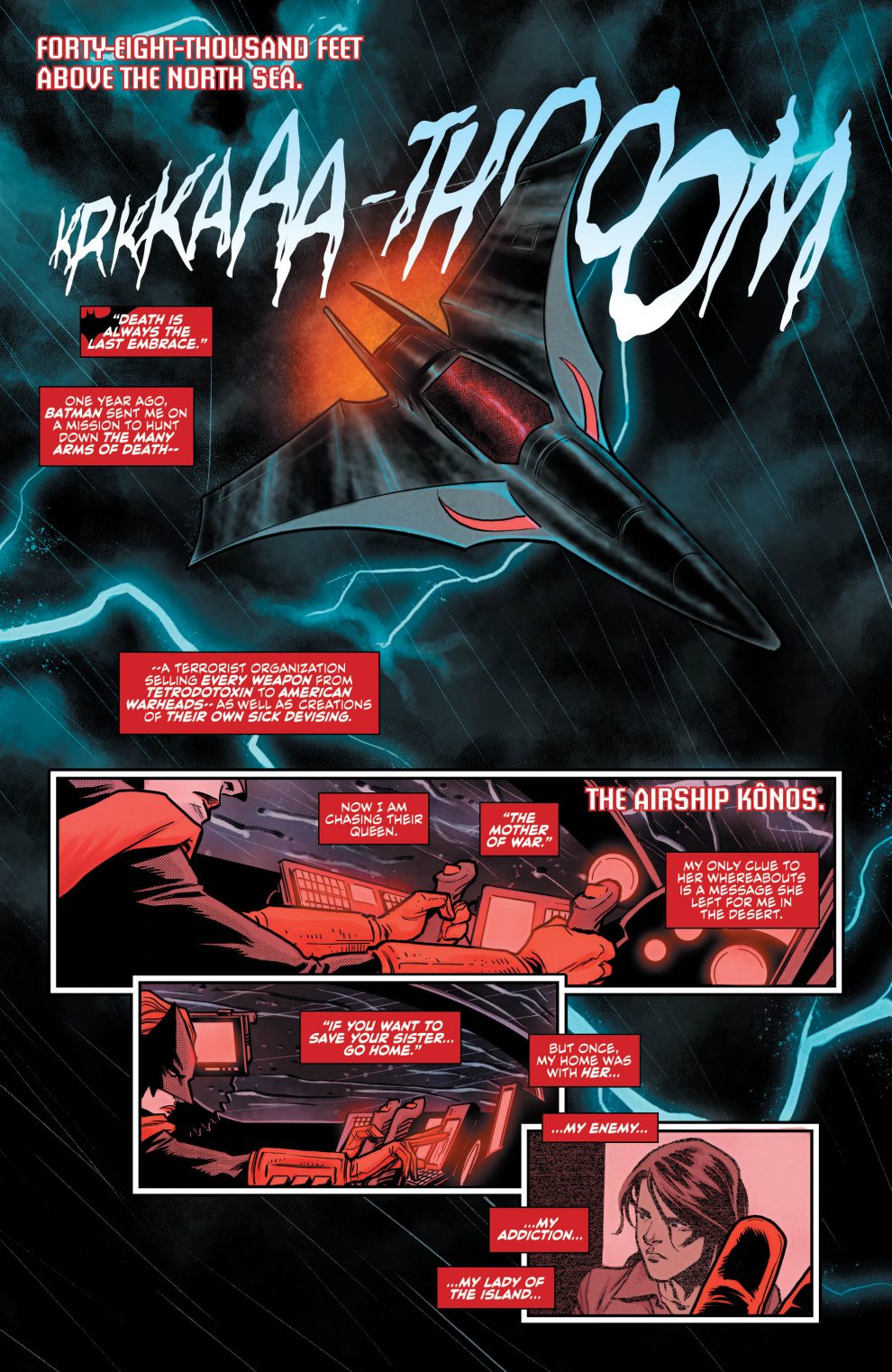 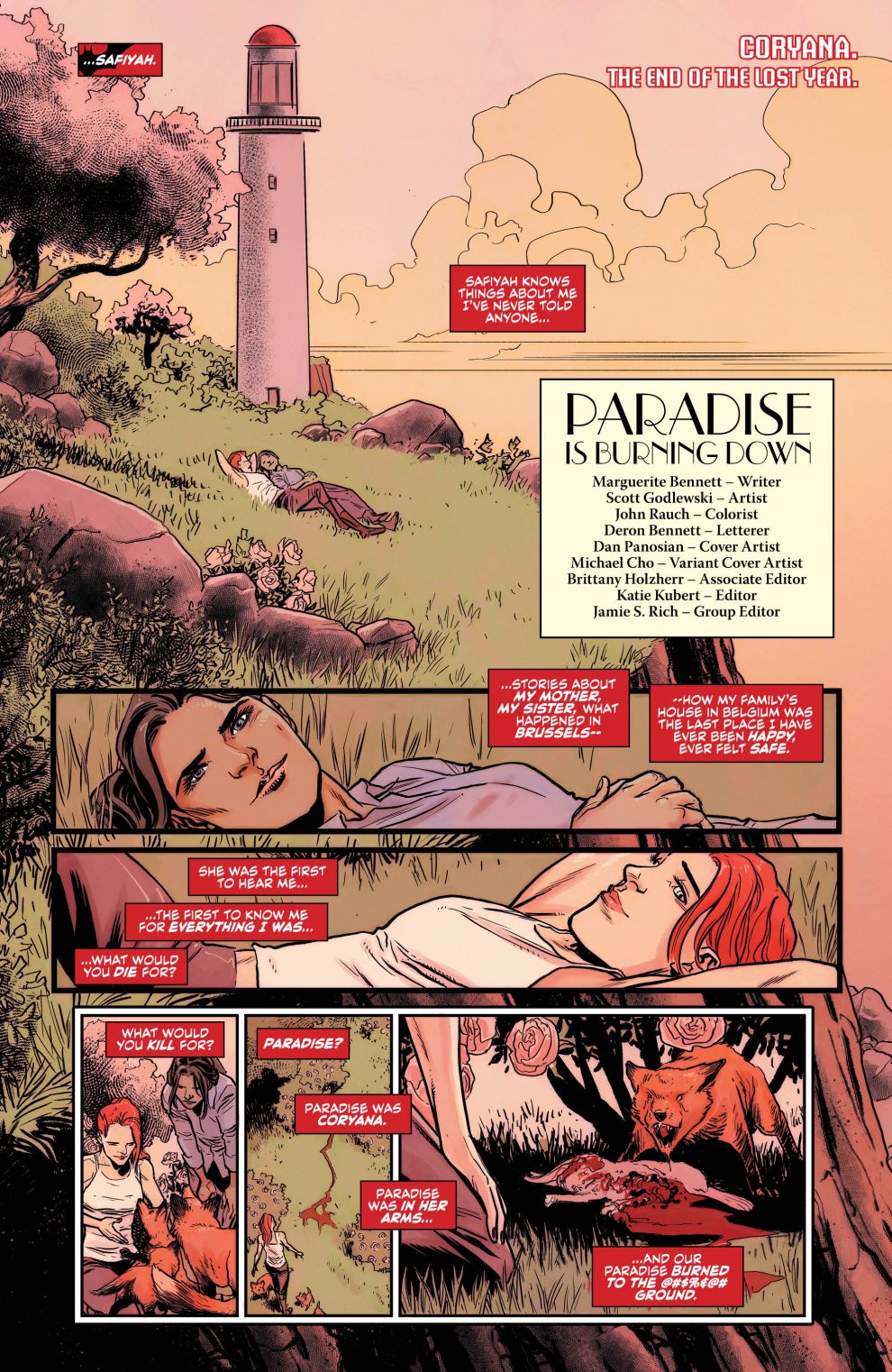 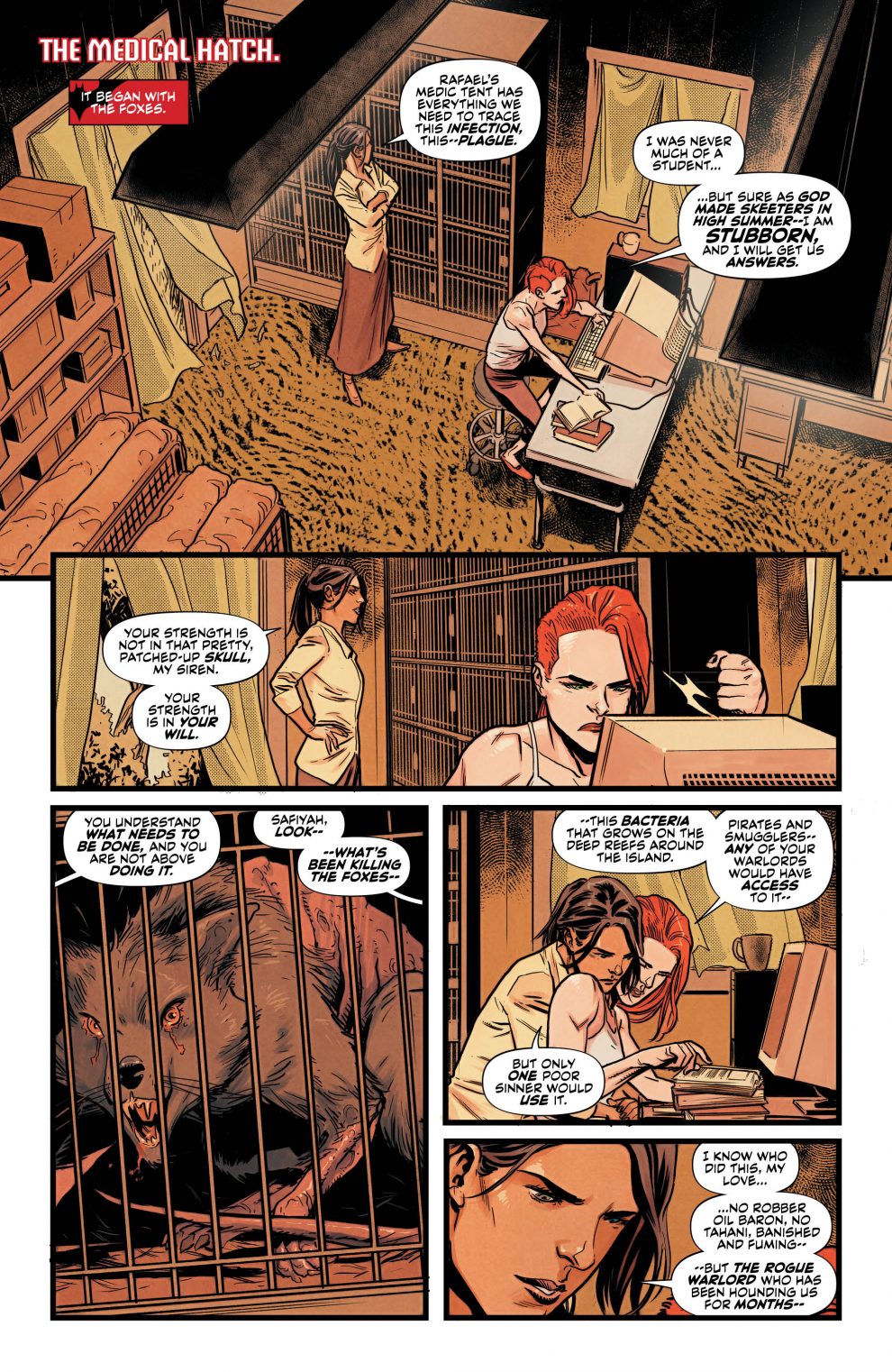 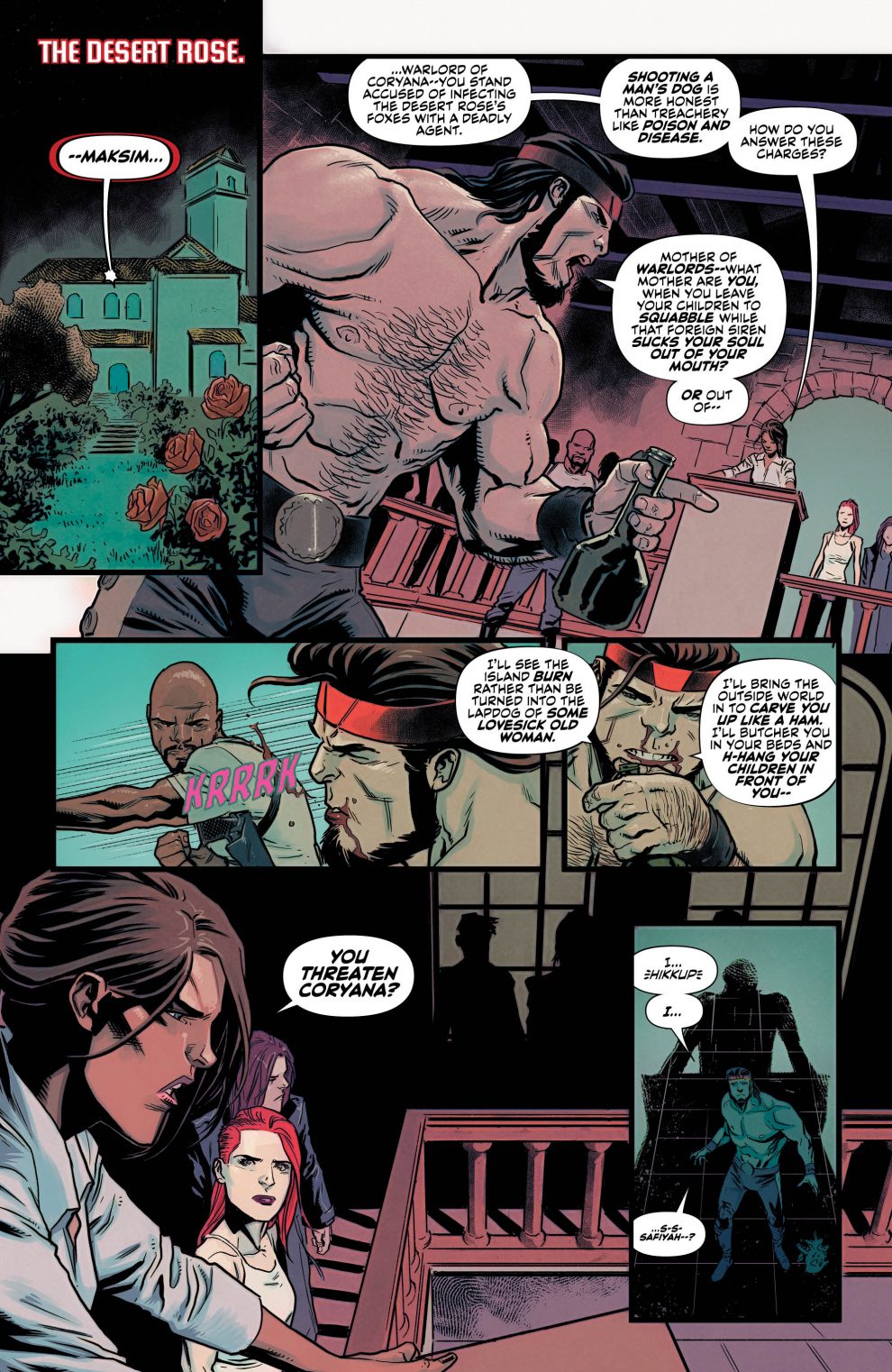 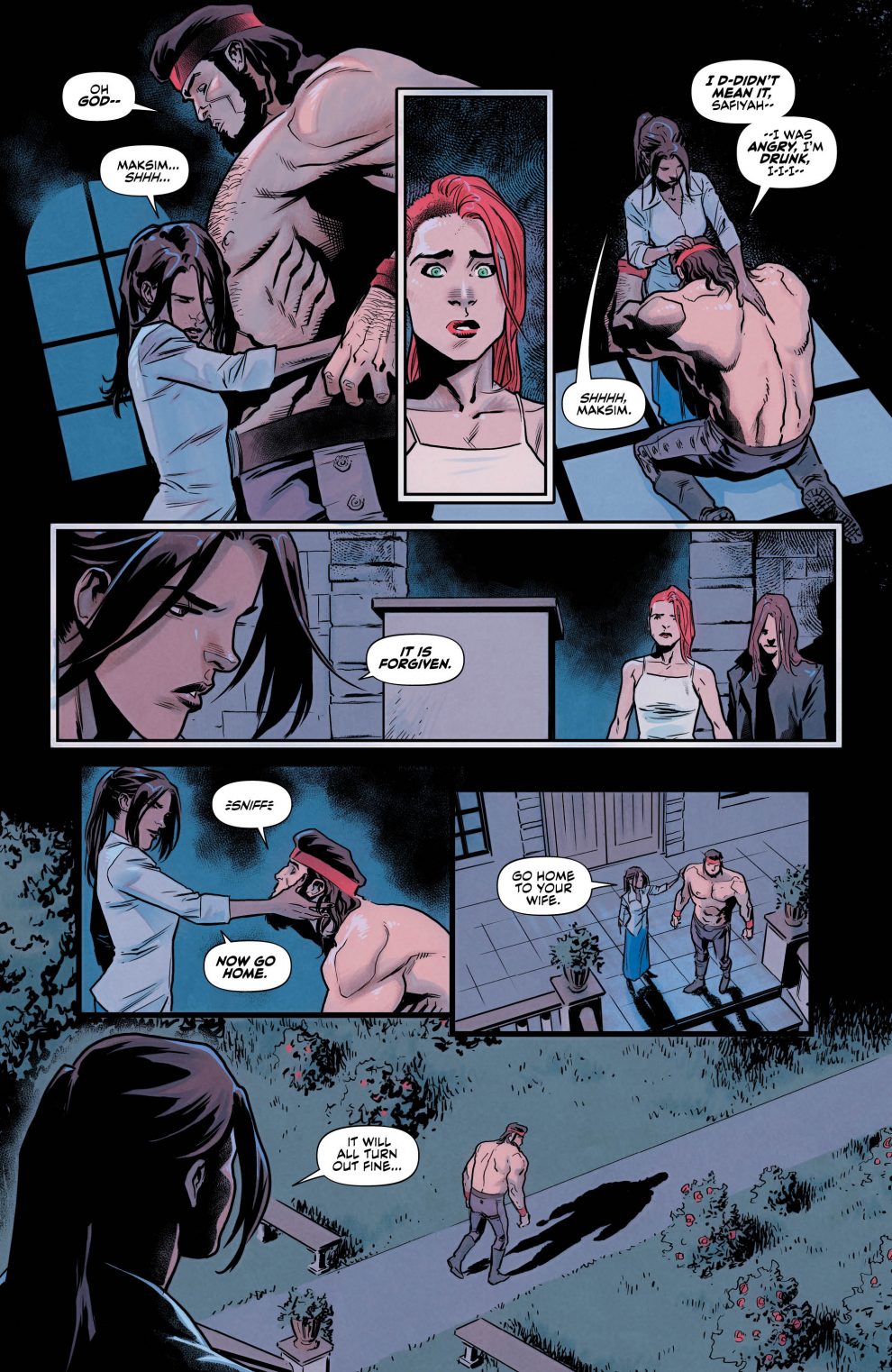 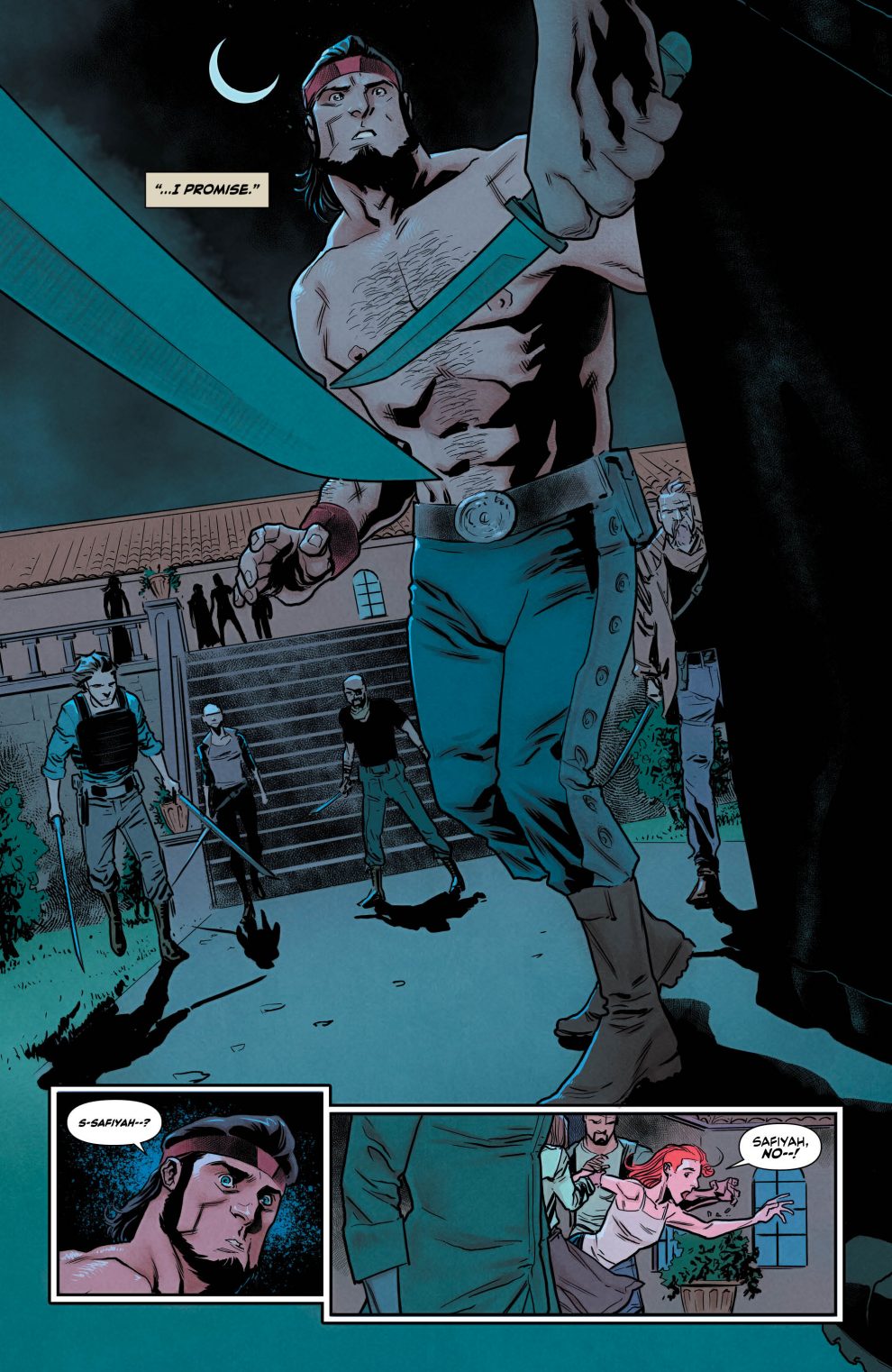 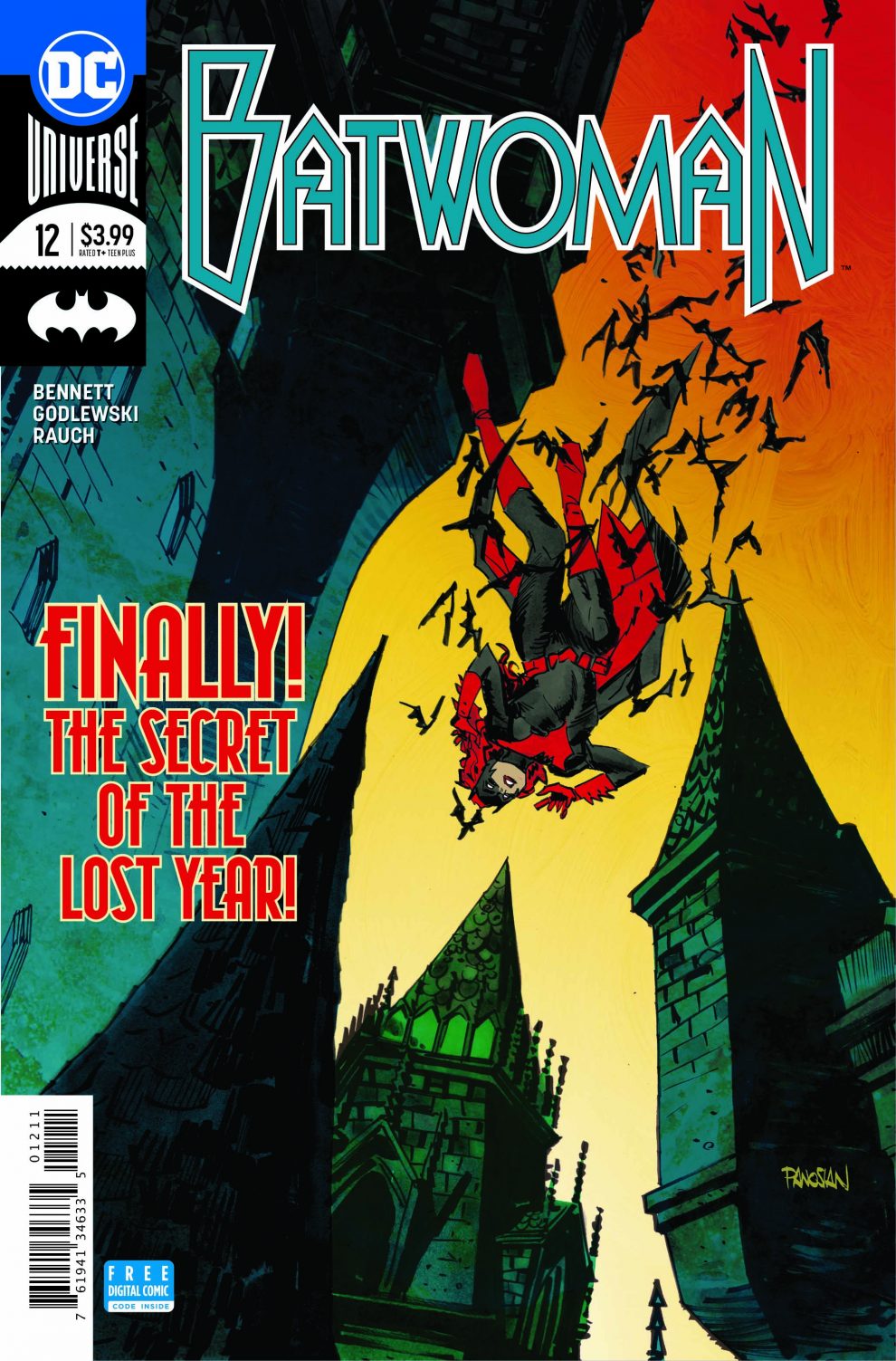 Rewriting a character’s history, creating a “Secret Origin” and adding elements to their backstory can be catastrophic. These new/old events can dilute, and sometimes even negate, what has gone before. Not here. Marguerite Bennett has elegantly used her characters during this missing chapter of Kate’s life, to not only enhance both her, and other writer’s previous works, but to enrich them even further. This lady can write!
Now let me talk about Scott Godlewski and John Rauch’s art. These gents make me happy. From the senses shattering splash page, featuring Kate’s Batplane flying into our faces; thunder crashing, lightning flashing, the art grips. By stark contrast, on the next page, we are in in a field at sunset, with two women in love.
Scott’s art can be simplistic, almost cartoonish, particularly in his facial expressions. This isn’t a complaint. I’ve always been in awe of artists who can convey pure emotion in the slight curve of a mouth, the minor arch of an eyebrow, or the angle of a meaningful glance. Drawing art that looks this simple is damn hard!
John Rauch’s use of sunset colors in these domestic scenes, warm oranges, pinks and reds, goes from romantic to horrific naturally, and organically. His strong, almost violent use of color in the present day scenes is a beautiful counterpoint. Brilliant work, gents.

Safiyah’s ultimate betrayal and the fall of Coryana put Kate in Batman’s path. With her mission to take down The Many Arms Of Death reaching an empasse, Kate now has to return to Europe, her sister, and on a head-on collision with her for former lover, turned bitter enemy. This year’s worth of Batwoman comics has been absolutely terrific. Bring on year two!