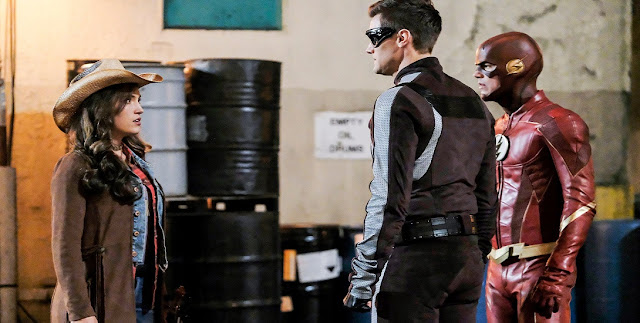 Finally, The Flash is back! This time he has to face the music, when Devoe tries to grab the 9th Bus Meta, A.K.A. The Fiddler.
Watching American shows in the UK can sometimes be a pain. Mid season breaks, winter breaks, long breaks, short breaks… Aaarrrggghhh! Makes me wanna break stuff!
Oh, well… them’s the breaks, I guess.
This new meta has sonic powers, seemingly capable of debilitating even The Thinker. One thing is also clear, she has the power to make Elongated Man weak at the knees.
It’s really great to see the ongoing sub-plots in this series continue to slowly unravel. Izzy Bowen’s Fiddler really helps in continuing the development of Ralph Dibney. When we first met him he was selfish, and only out for himself. Over the course of this season he has grown to care for others, and truly become a hero. 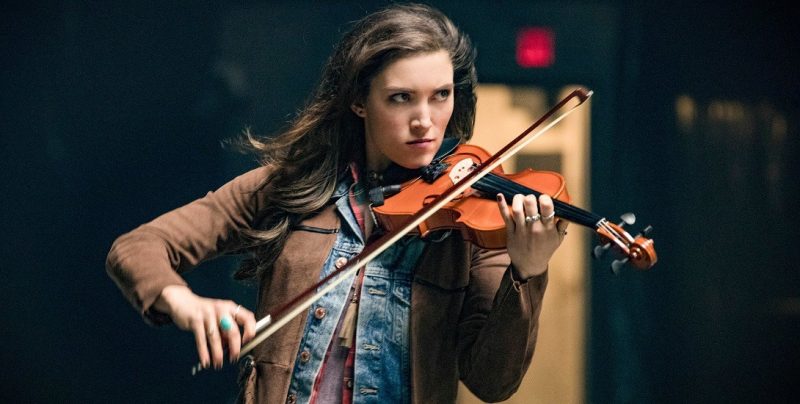 Being a meta is HARD! Yeah, they have cool powers, but they can be targets and victims too. The sense of dread that DeVoe invokes grows episode by episode, due to the horrific way he’s able to steal the minds and powers of his victims. The loss of the repentant Becky Sharpe was particularly painful. Hazard didn’t get the opportunity to follow in Ralph’s heroic footsteps, after The Thinker took her abilities, her body, and her life.
Without giving too much away, Izzy Bowen’s Fiddler may have more strings to her bow than any other meta before her. Alongside team Flash, she makes DeVoe shake, rattle and roll. All of which is music to Barry’s ears! 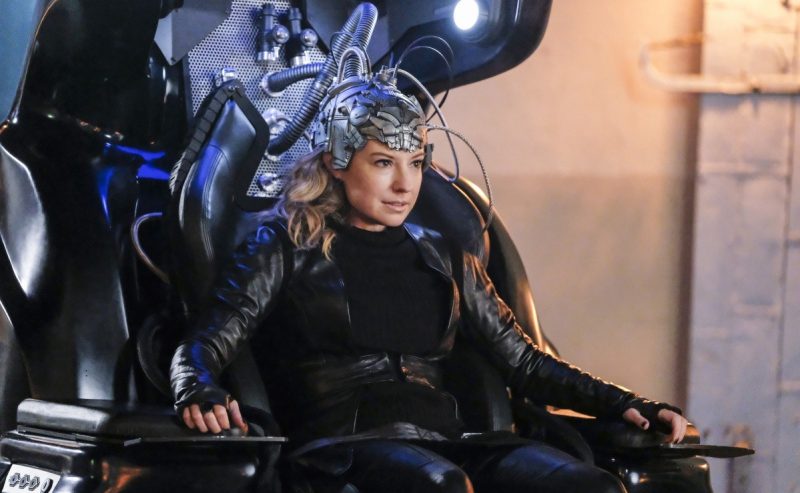 In The Hot Seat

With every power he steals, The Thinker is becoming more ruthless, and seemingly unstoppable. The key to his defeat still seems to be that, while physically he is definitely becoming more of a threat episode by episode, his deteriorating mental faculties, and his rage may prove to be his undoing.
At least, I hope so!
Could his need to continually swap host bodies also be key? Is this why he needs Ralph’s bendy body? At first I just thought that this would be the key to him getting to look like his old self, but Elongated Man’s flexibility and durability must also be a factor.

Fiddler On The Hoof

This episode is terrific in the way it delivers a truly threatening baddie, great interactions between Cecile and Harry, and more terrific growth for Ralph. Barry is still front and centre in this instalment, as his freedom comes at a cost. All his recent failures are making him more sympathetic and believable as a person, and as a human being. This show is still well and truly built around The Flash. Great stuff.
Yes, it’s finally back. The waits between episodes have been bordering on torture! I really have to say that this could be the strongest season of this series ever; the action is non-stop, but there is also a ton of humour, real emotion and character development. O.K. fans have had to sit and be patient, but this episode was most definitely worth the wait.
I’m hoping that the next week goes by in a Flash, because this show is on a roll!