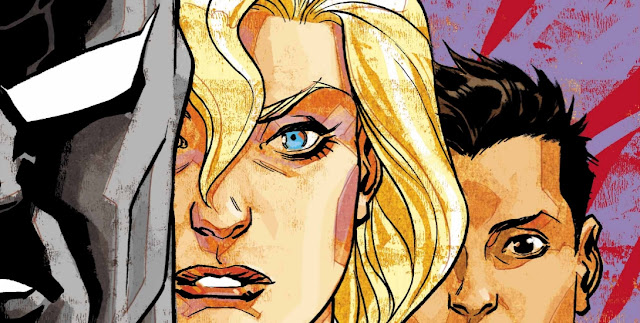 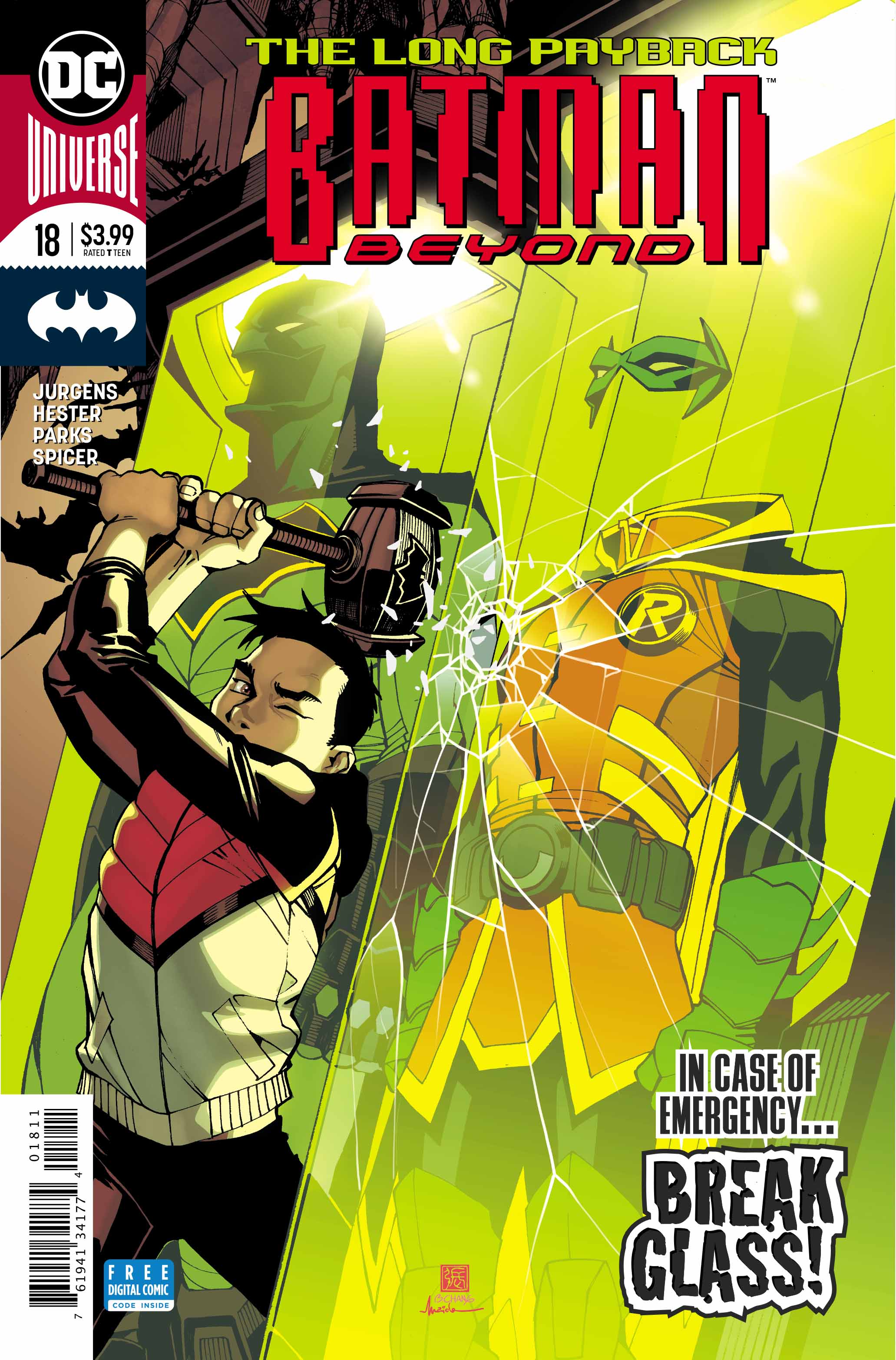 Writer: Dan Jurgens
Artists: Phil Hester and Ande Parks
Review by Steve J. Ray
Dan Jurgens is just too clever for his own Bat-Boots. For four whole months he’s actually been telling us who the “Big bad” of this story arc is… right there in the title! Now Batman, his ally Ten, and all of Gotham City must answer to Payback.
Yes, he’s returned! This really was a big surprise, as I was already in nostalgia heaven having Stalker and Mel back again. I can’t believe that I didn’t twig!
The way that Dan Jurgens expertly weaves brand new tales, using faces and stories from the past is great. It’s no wonder that this man is so highly regarded in this industry. What makes his mastery of comics even more notable are his surprise curveballs, and story ideas we didn’t know we wanted until they happen.. 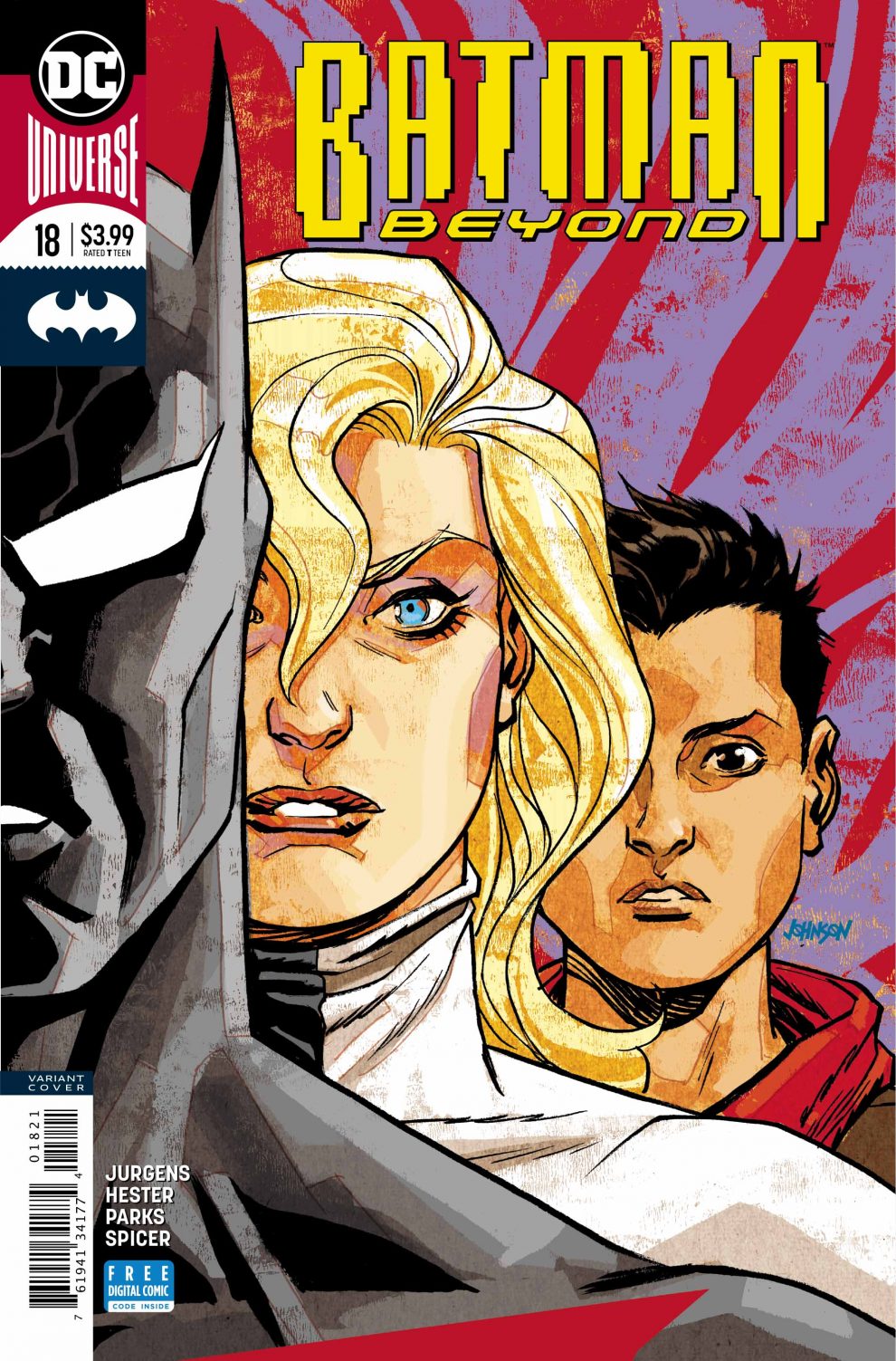 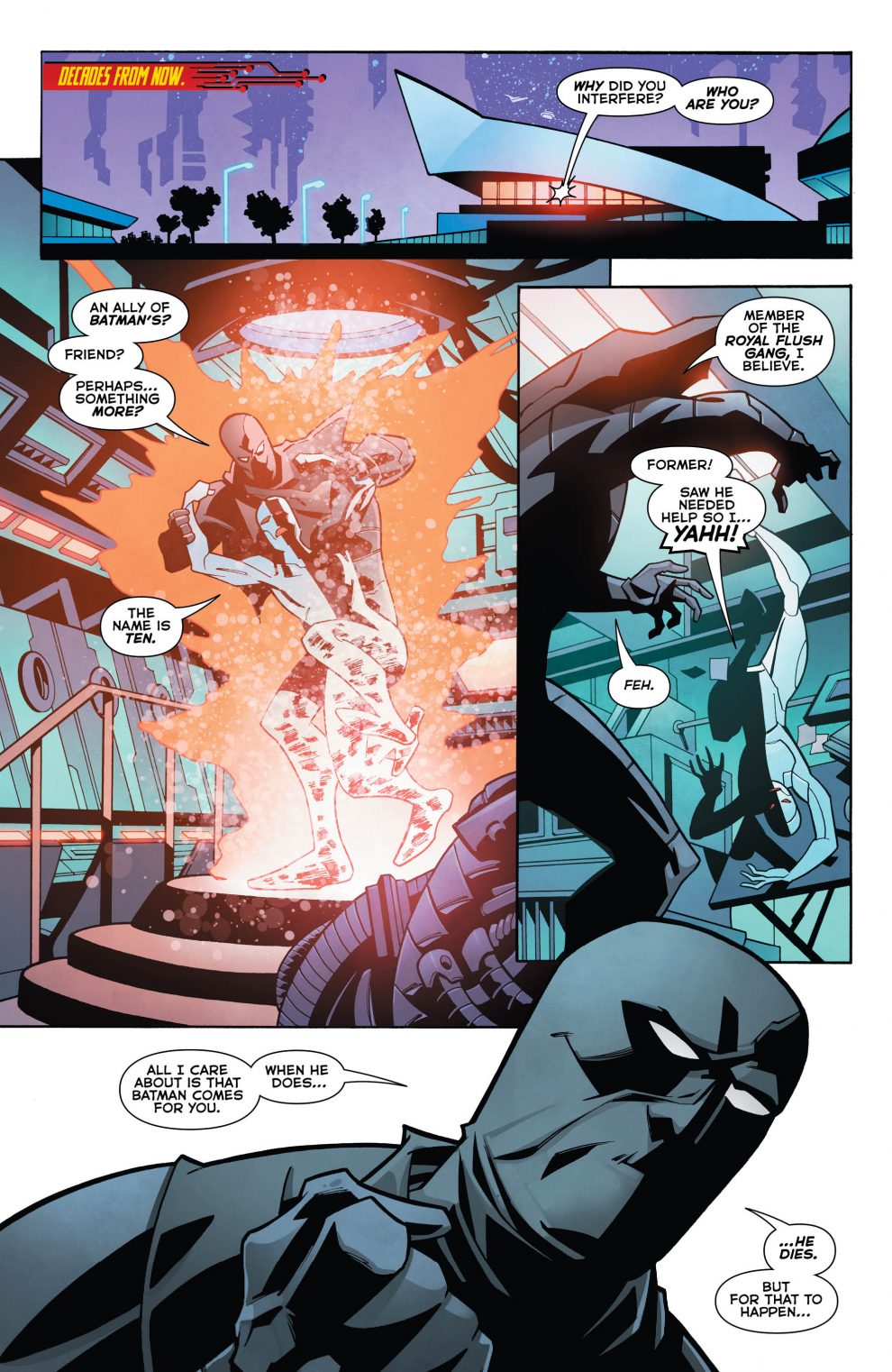 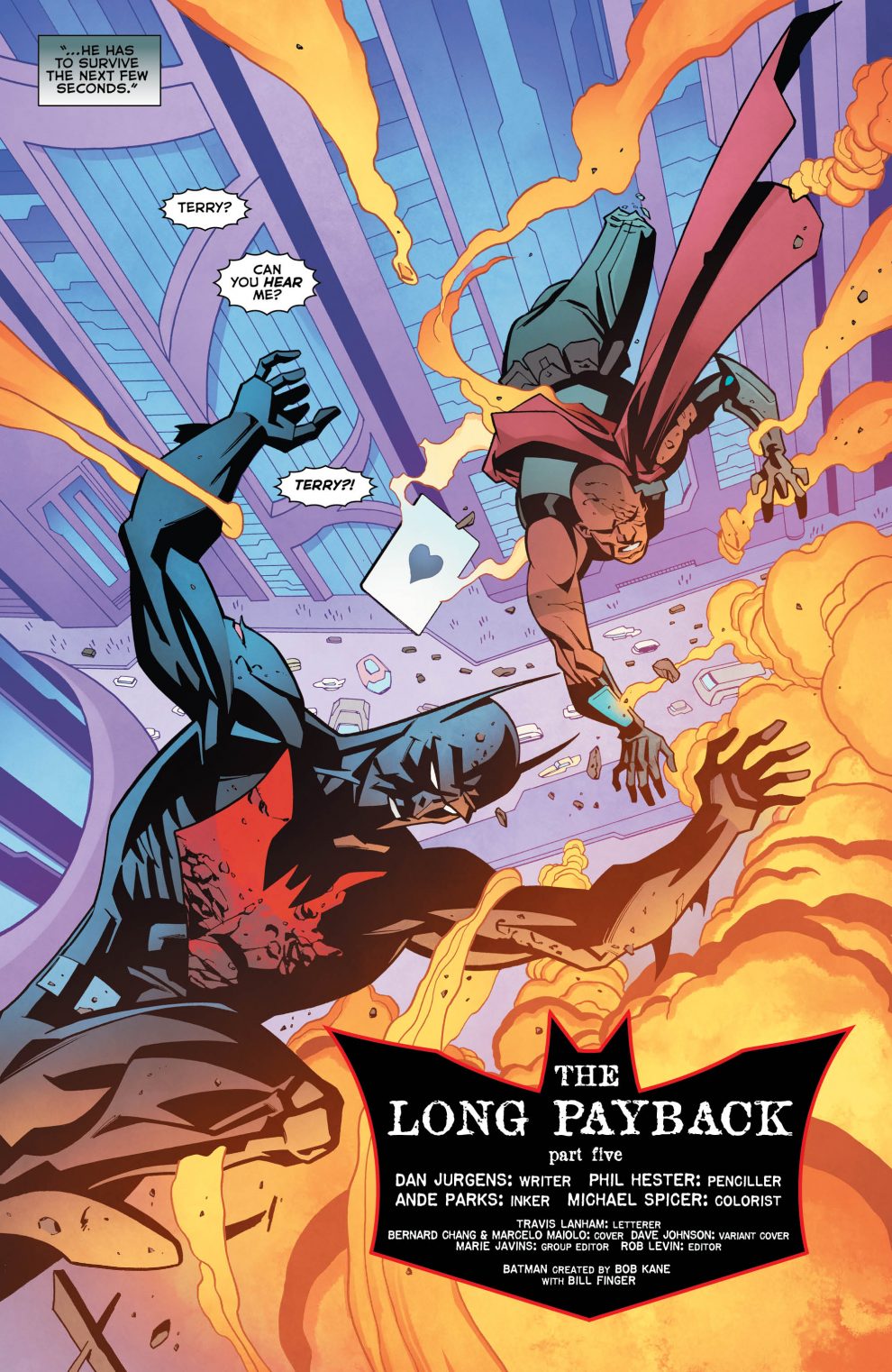 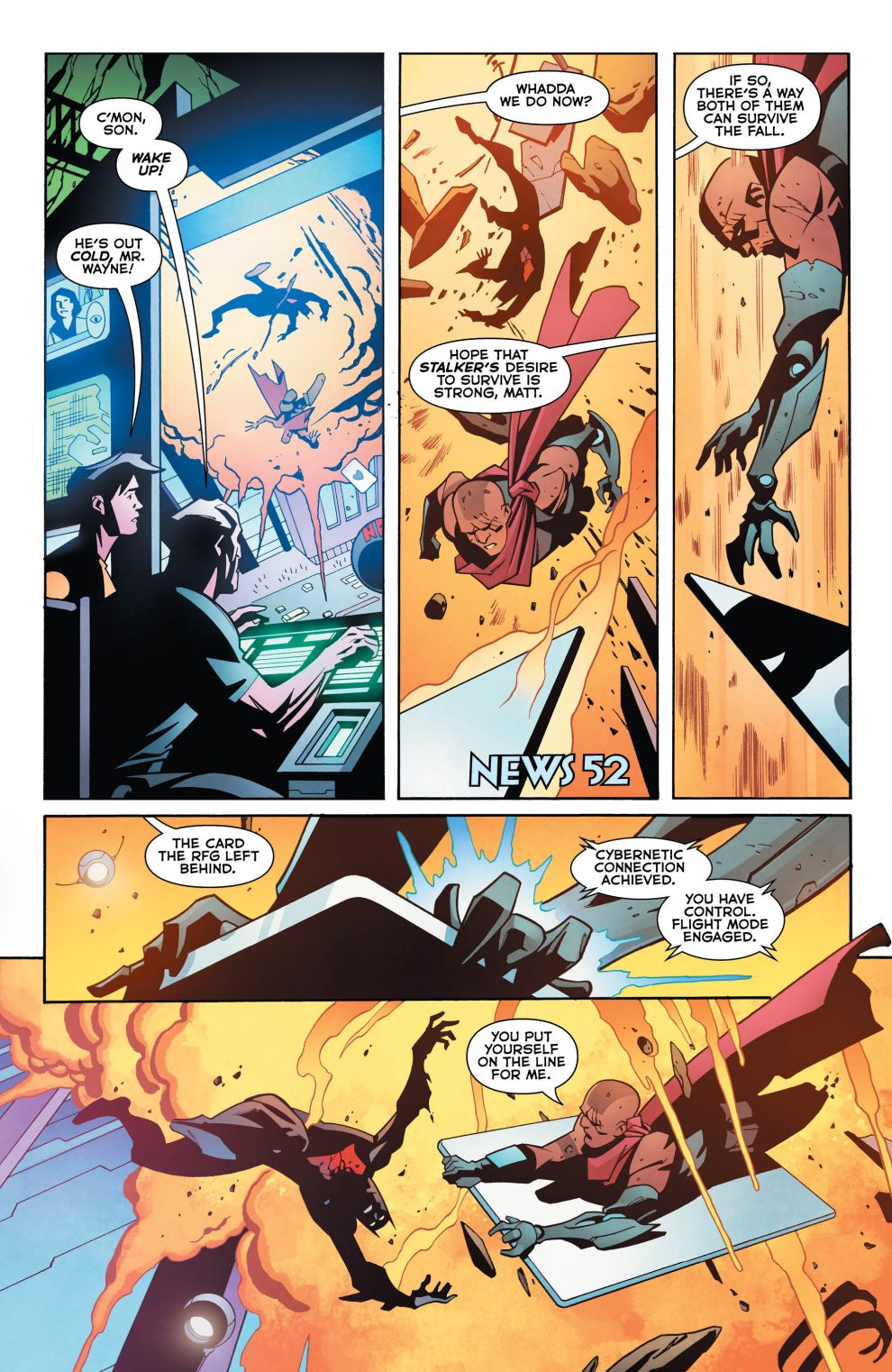 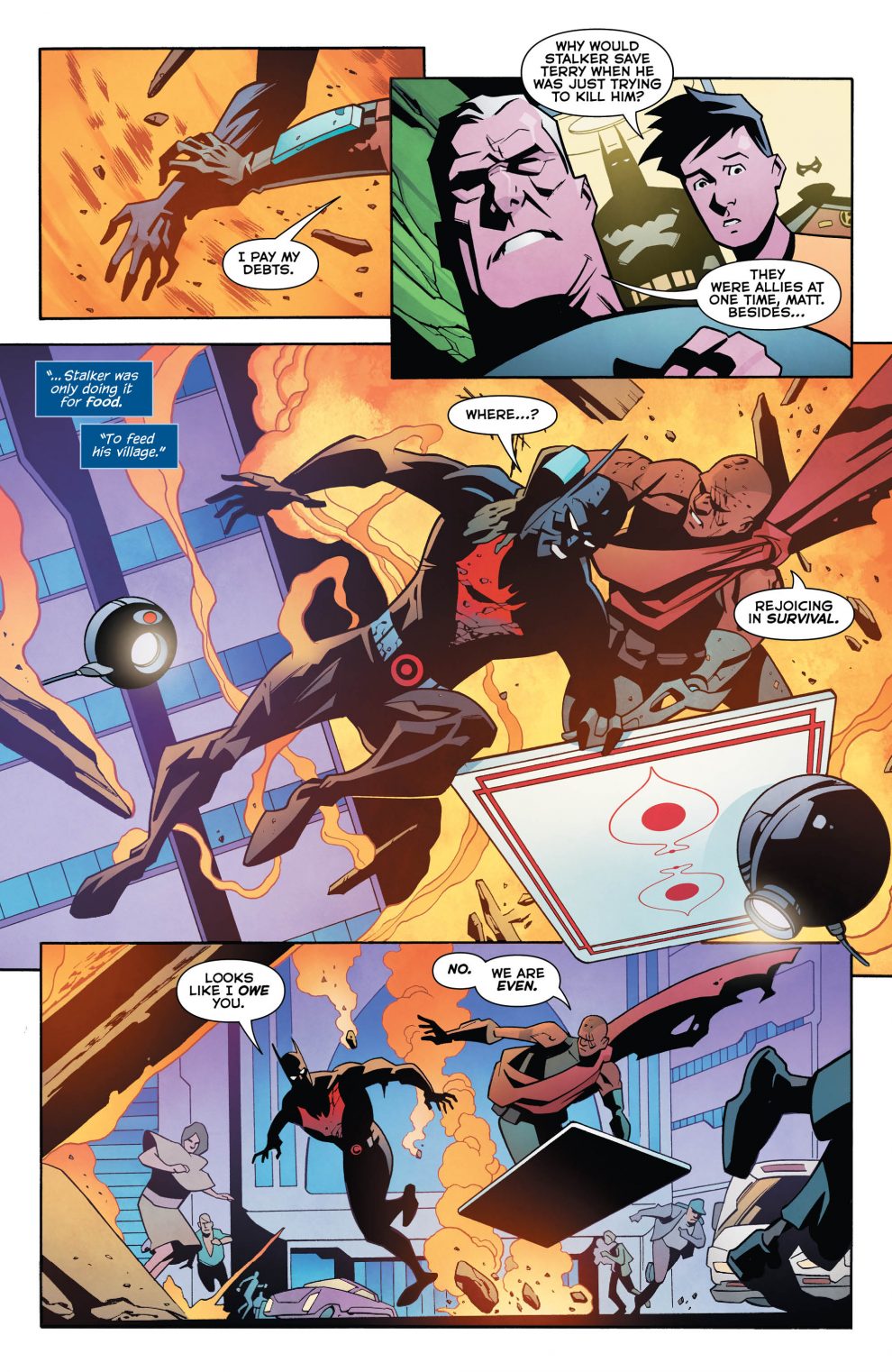 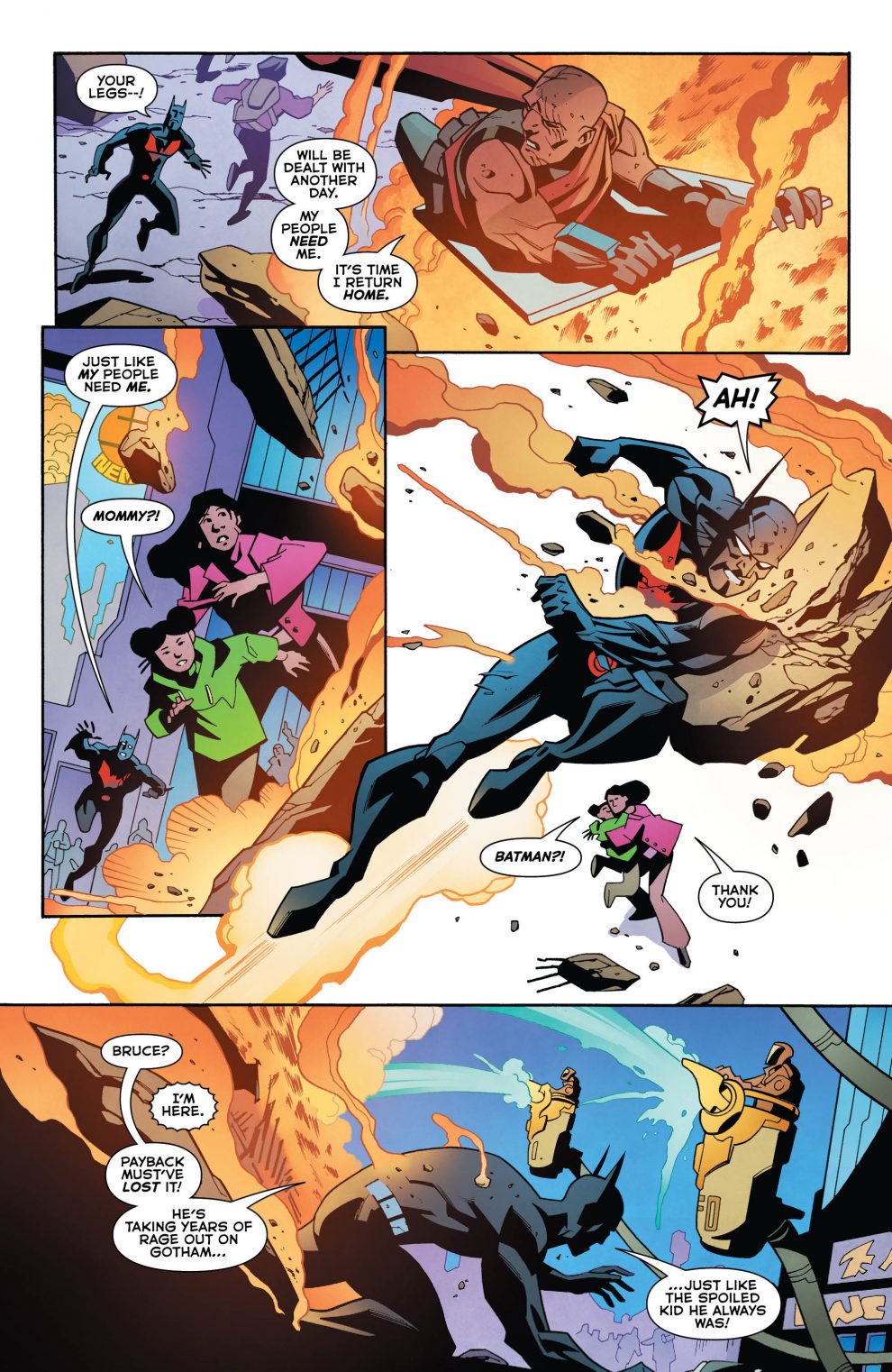 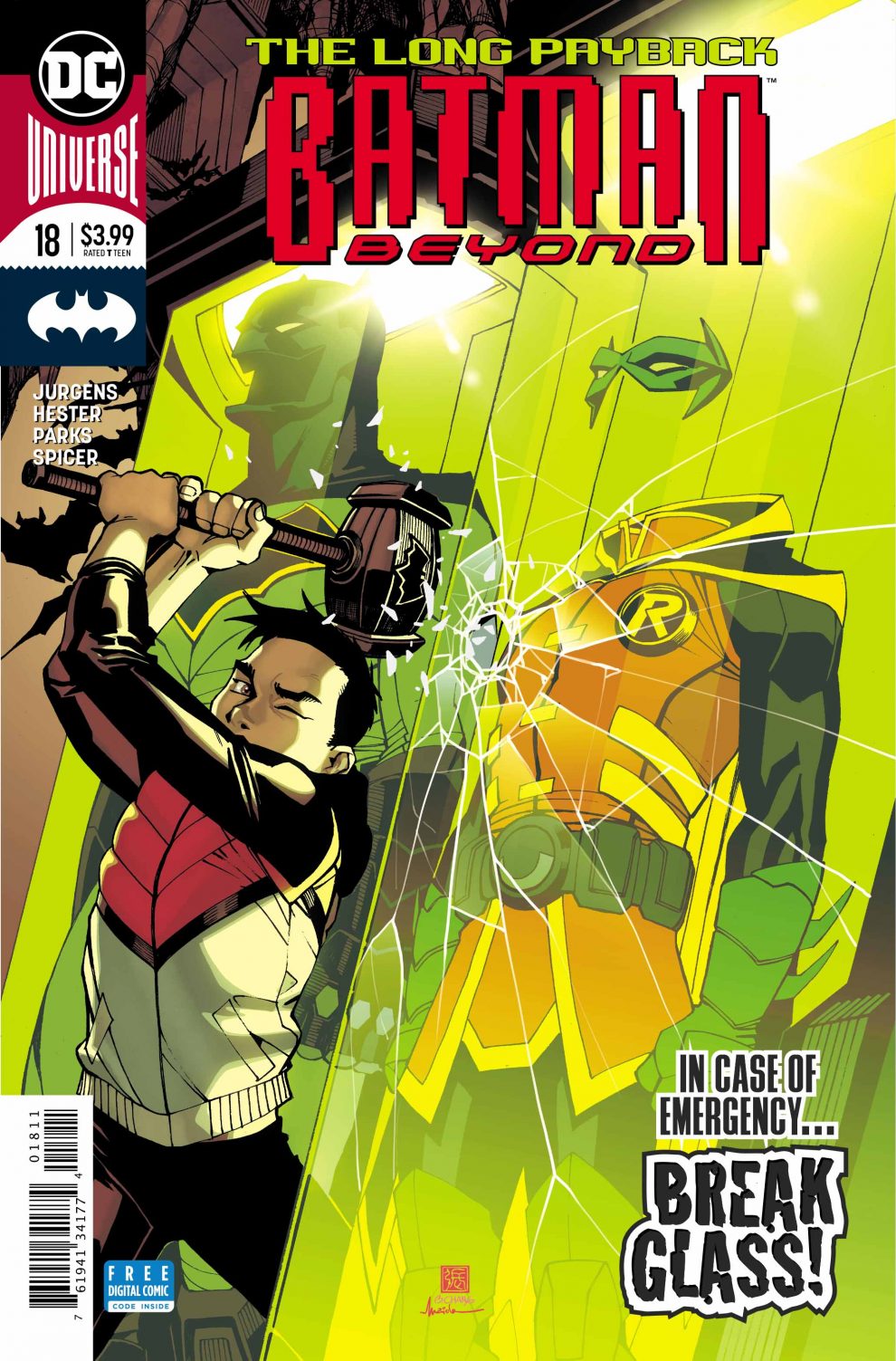 I’m not giving any real spoilers away that the cover for the issue doesn’t already foreshadow. Are we finally about to see an all-new Dynamic Duo? Throughout the whole run of Batman Beyond on T.V. I was waiting for Matt McGinnis to become Robin. Near the end of the show’s tenure, I also wanted Ten to become a future Batgirl, or Catwoman.
Melanie Walker proves to be a real revelation in this story. Her feelings for Batman haven’t changed, and I’m sure that they will lead to some great tales in months to come. I can’t wait to see how the Dana/Terry/Mel love triangle pans out!
Phil Hester, Ande Parks, and Michael Spicer continue to impress with their art. They really know how to lure the reader’s eye, making the story flow from scene to scene, and panel to panel. These guys are comics pros, no question.

As I mentioned earlier, Mr. Jurgens has given us a real twist in this tale. While Payback has returned to torment Batman, he’s not the man we once knew. His plans for Terry and Ten are crystal clear, and decidedly deadly. Will the new Boy Wonder arrive in time to save the day? Come back here next month, same bat time, same bat channel, to find out.