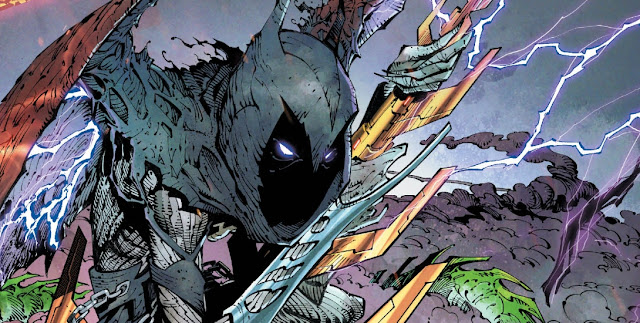 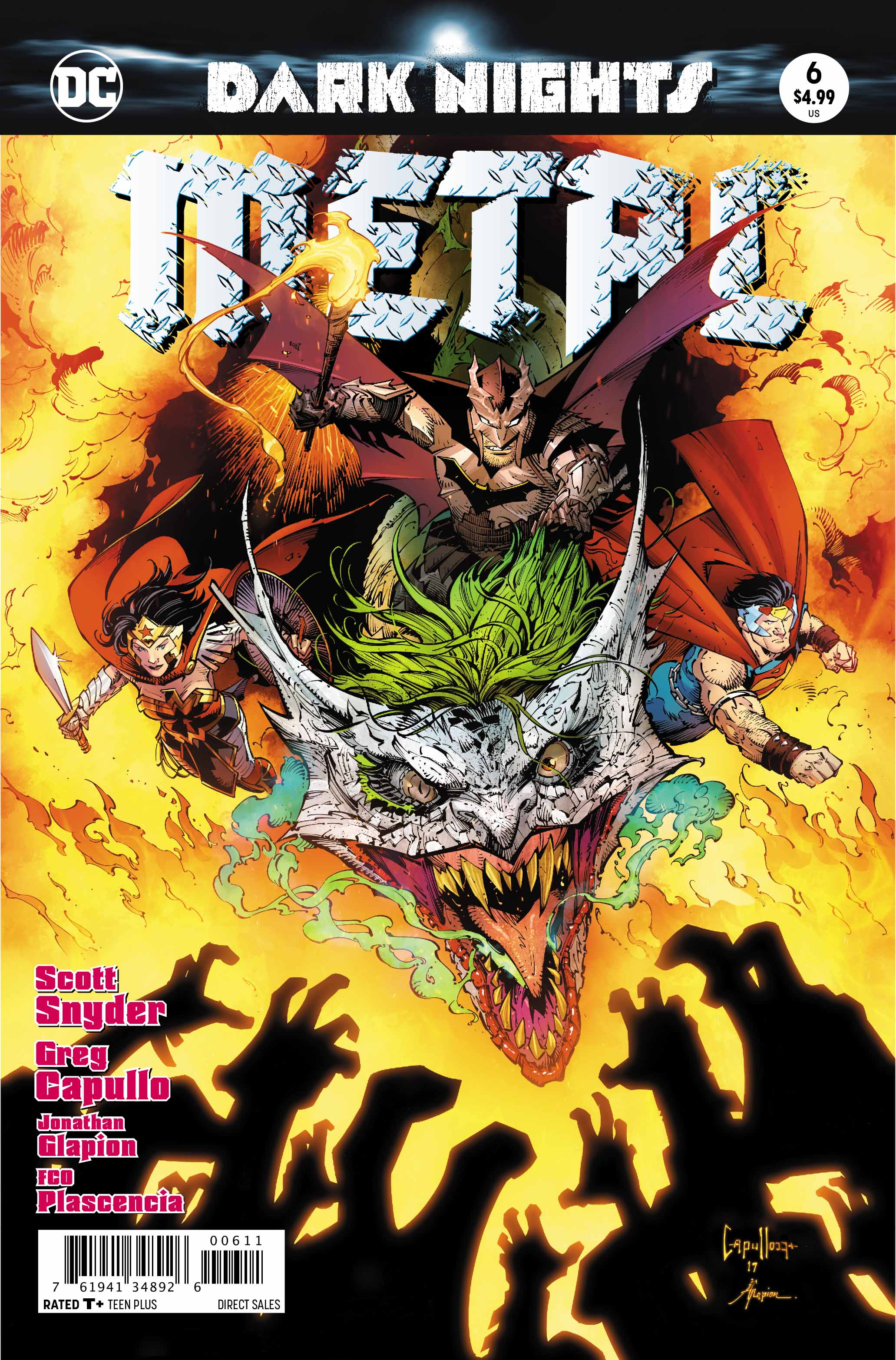 Review by Steve J. Ray
This comic just WORKS. It works as an incredible finale to a cosmic block-rocker of intergalactic proportions, and as a fantastic intro to the forthcoming Justice League relaunch No Justice.
I know I’ve said it before, but I’ve loved every far out, heavy metal, whacky moment of this series. I know that many readers that are new to comics may have found it a little hard to follow, but the brain blistering action alone has made it unmissable.
Dark Nights: Metal has been six issues (or eighteen, or twenty six… depending on how much of a manic collector you are) of pure FUN. Any issue that has a cover depicting DC’s Trinity flying right through it, with Batman riding a Joker Dragon screams joy from the get-go!
Yes, that’s right… a Joker Dragon. 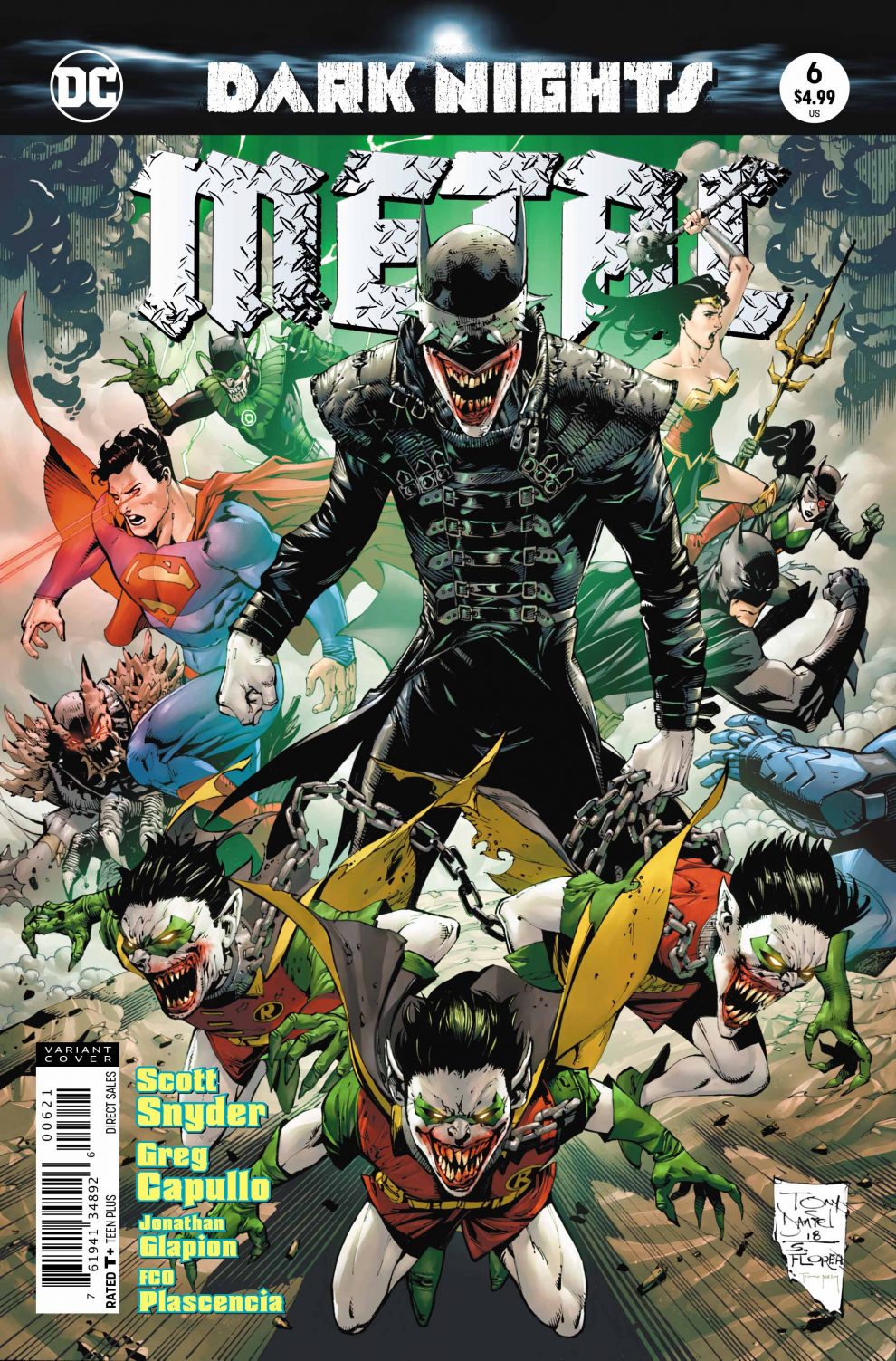 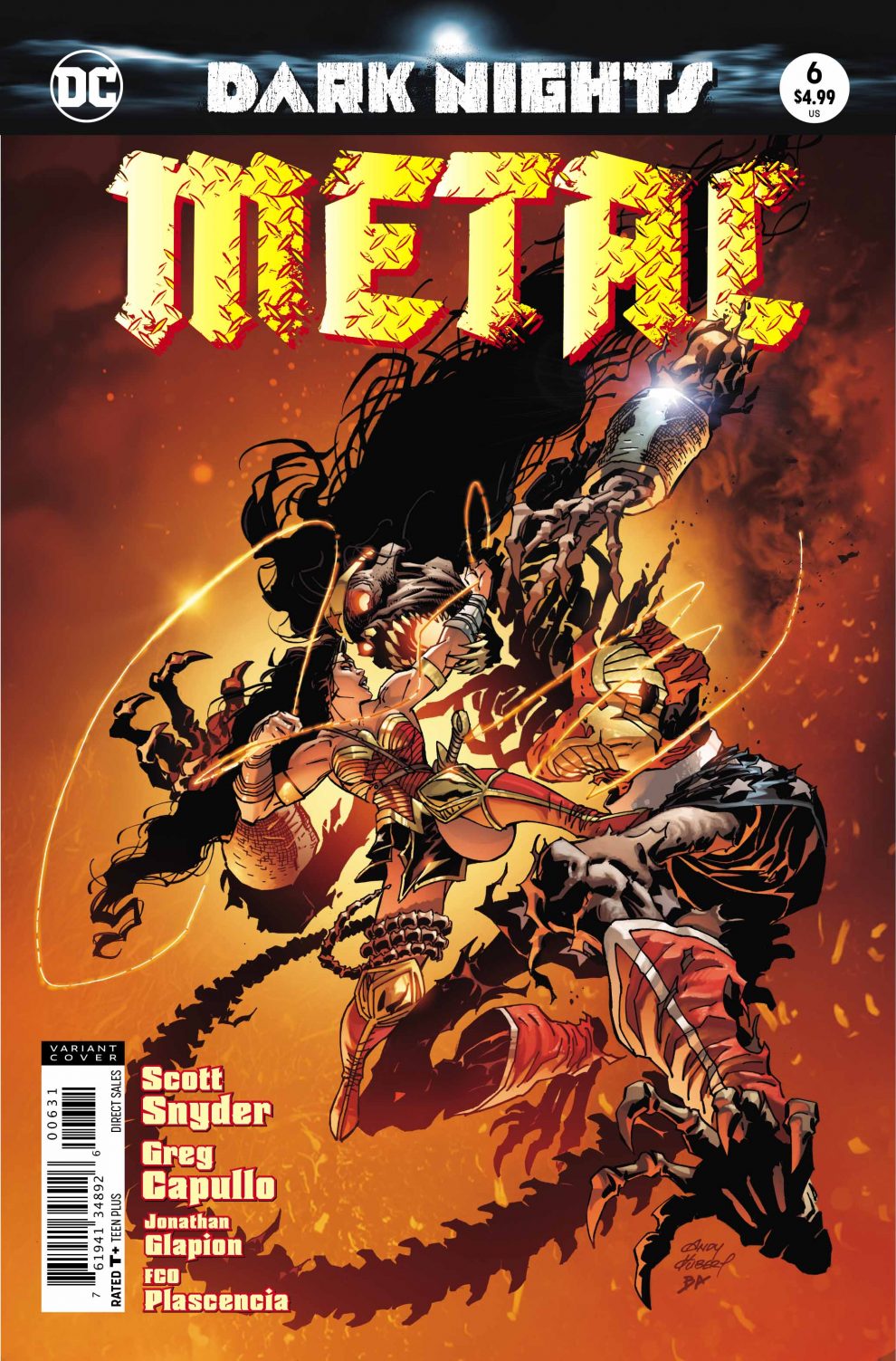 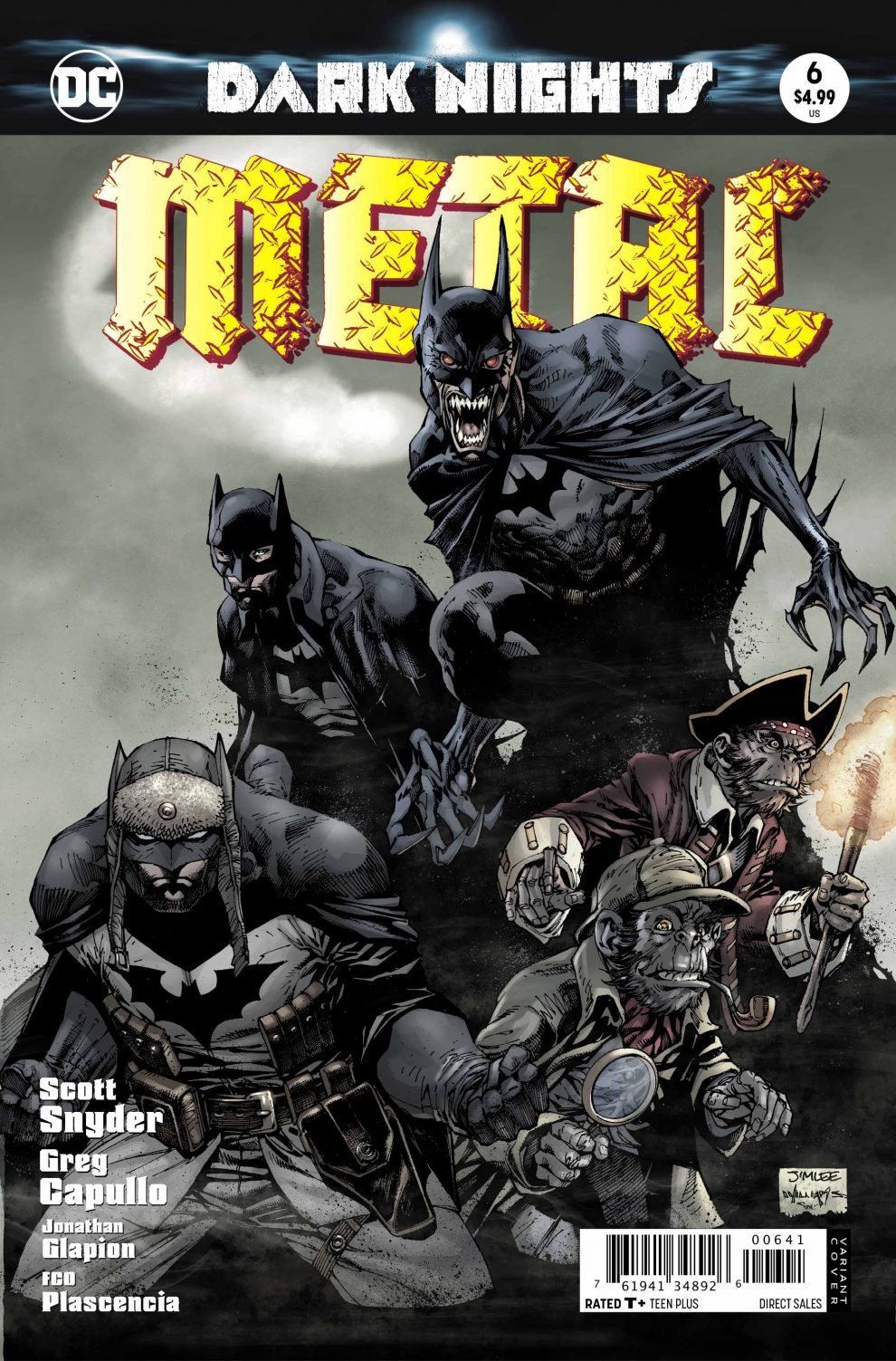 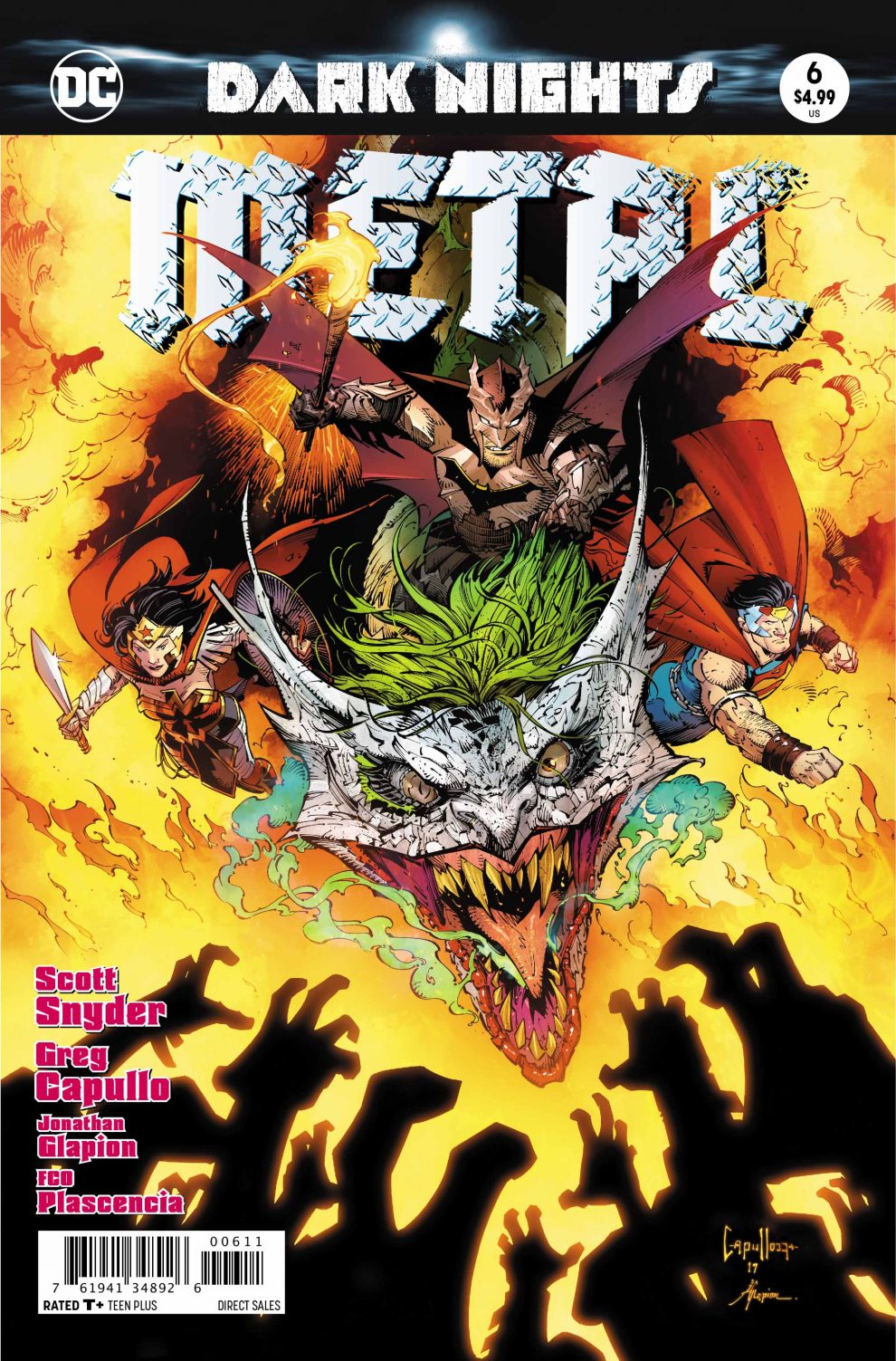 It’s so cool to me that a mind that created something as disturbing as The Batman Who Laughs also gave us all this intergalactic lunacy; Cosmic forges, the Metal Music of the Multiverse, “Batman always wins”… BRILLIANT! The story and settings are no less dark than the five (or seventeen, or twenty five) chapters that preceded it, but the conclusion is a ray of blinding light.
The Dynamic Duo that defeats The Laugh Knight really is a surprise, and Barbatos’ case of heartburn will sting for a long time, I’m sure.
Superheroes in shining armor, the demolition of cosmic barriers, alternate heroes from parallel universes… you name it, and this issue has it.
Is it deep, meaningful literature? Hell, no.
Is it pure entertainment? Hell, YES!
The script is bonkers, the characters are larger than life, and the stakes are as high as they can be. I may be a man pushing 50, but this title had me feeling like a kid opening his first Jack Kirby funny-book for the very first time. Absolutely brilliant. 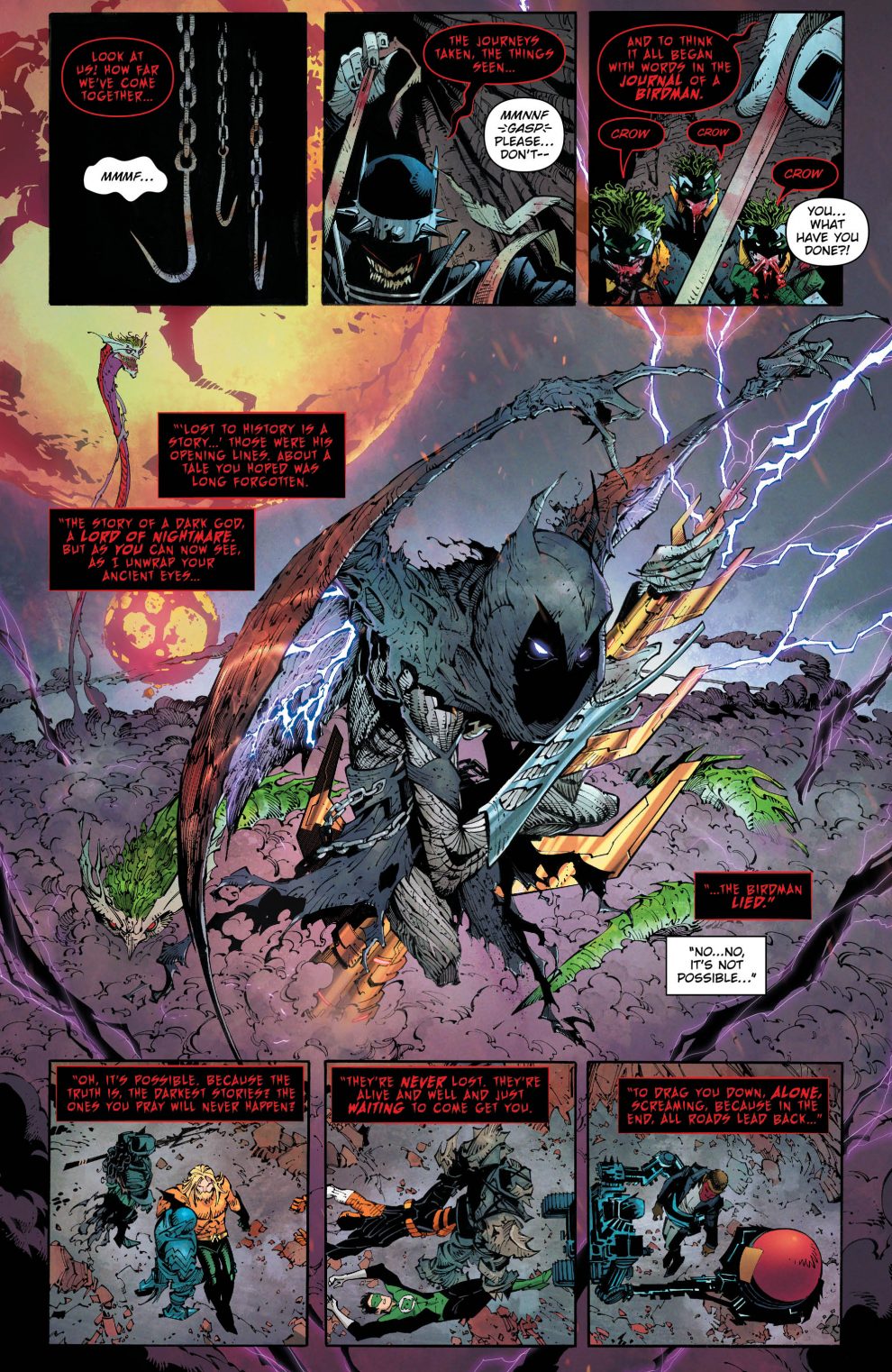 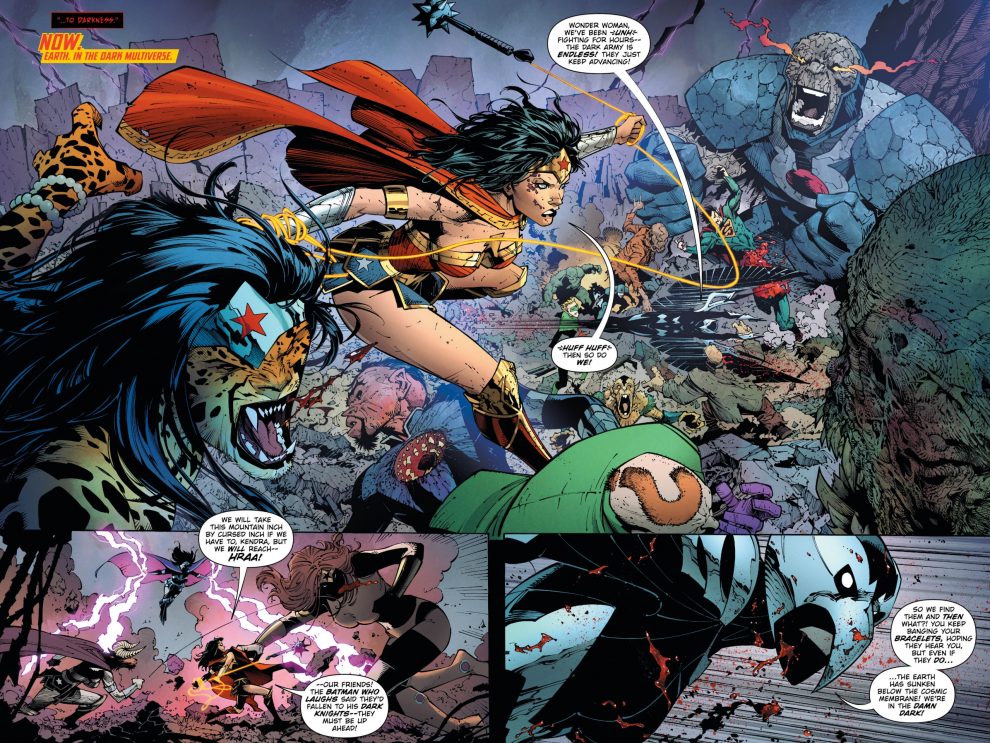 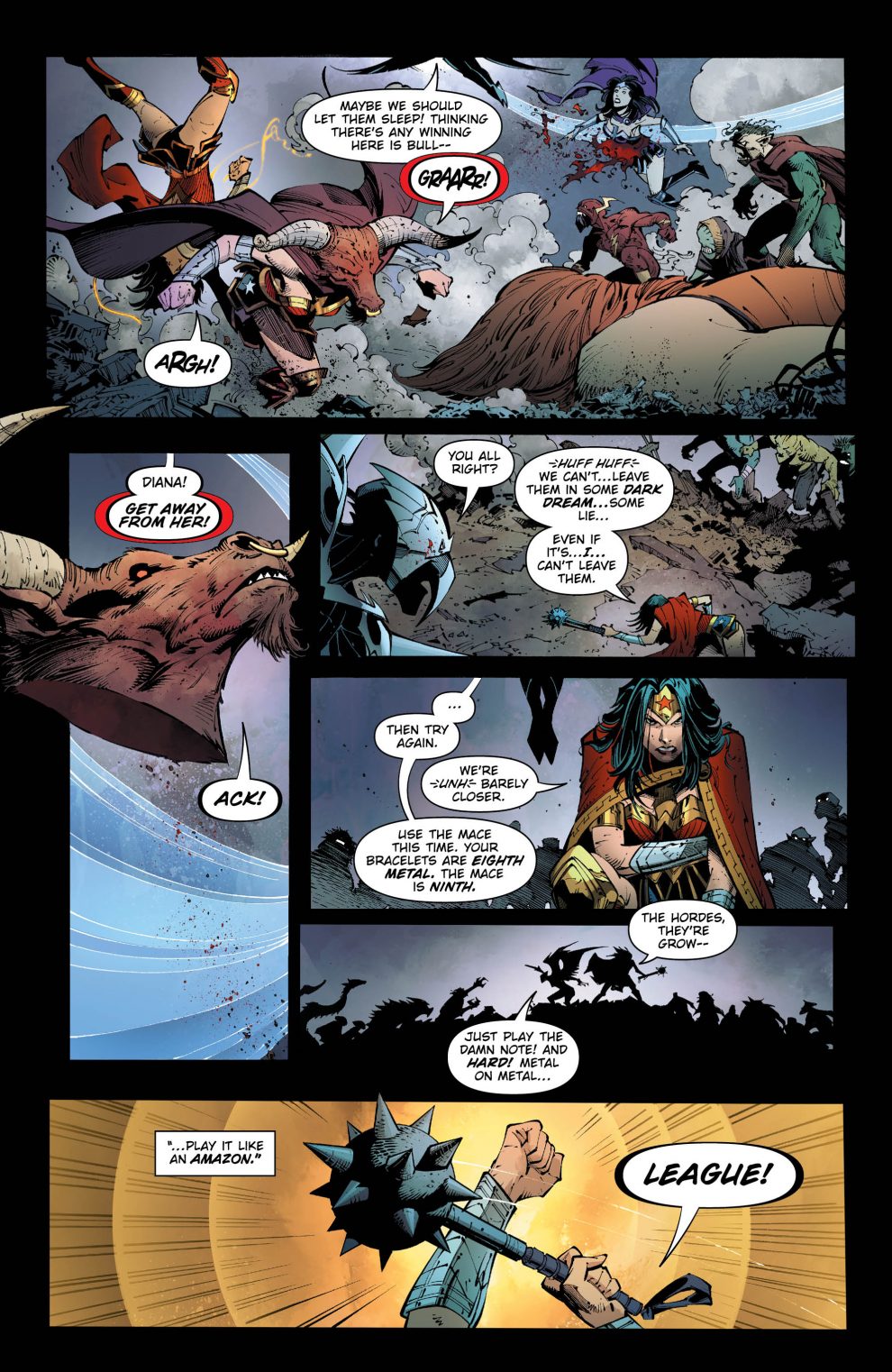 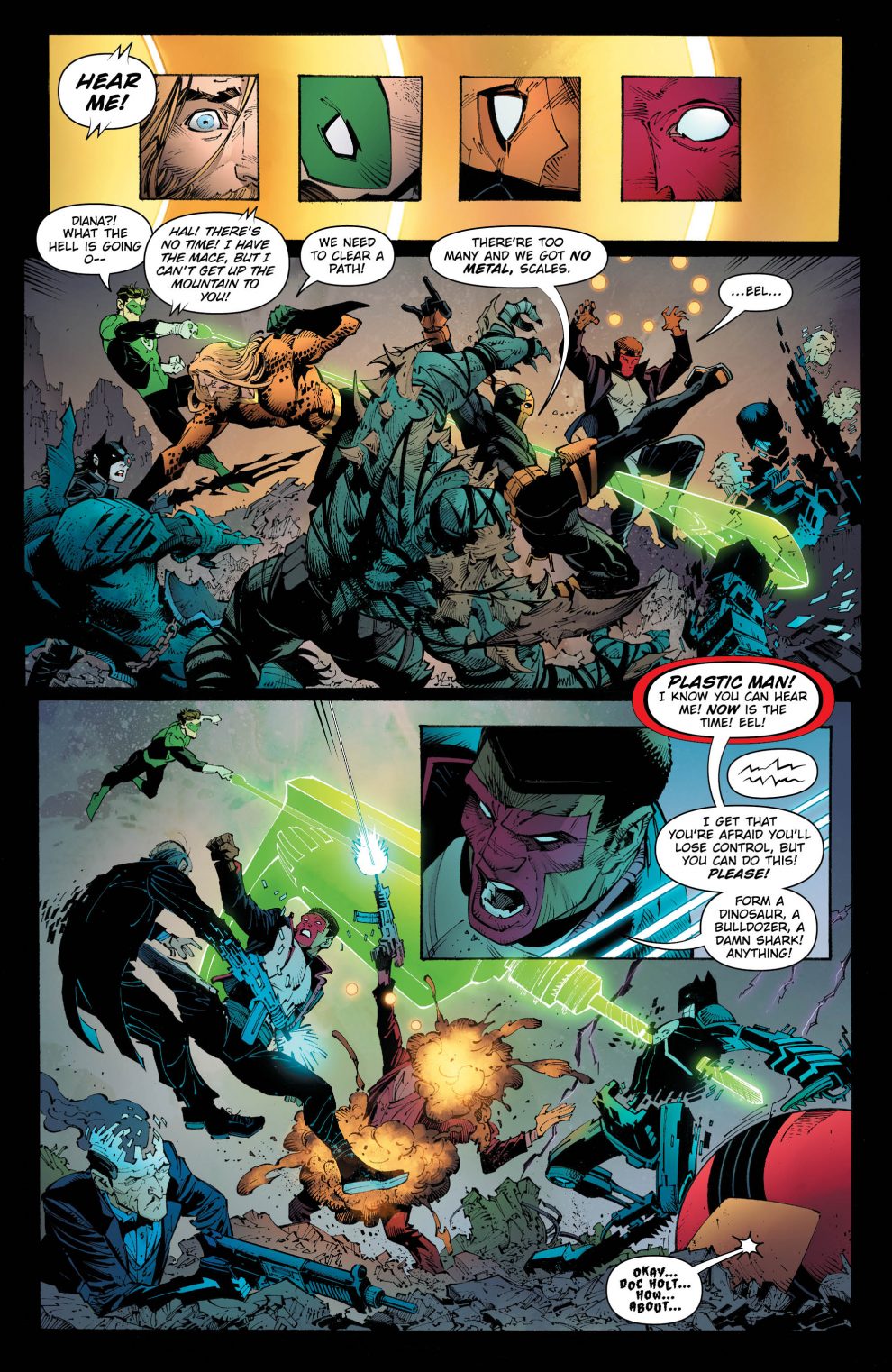 The guest characters weren’t the only surprise, either.
We all know that Greg Capullo, Jonathan Glapion and FCO Plascencia have been providing some brilliant art for this series. I’ve only read the digital copy of Dark Nights: Metal #6, where they’re the only art team credited, but the 20 page epilogue is a HUGE surprise.
I like to think that I have a good eye for comics art, so I’m just guessing here… but  the issue’s denoument features some brilliant work from Mikel Janín, Álvaro Martínez and Raül Fernandez! I’m 100% confident that the color work on the pages drawn by Martínez/Fernandez is by Brad Anderson. Going by what I’ve seen in the pages of Batman, I’m guessing that June Chung colored Mikel’s work.
I’ll be picking up my physical copy this weekend, so I guess I’ll find out then.

All in all the ending of this series was extremely satisfying. What I love even more is that it isn’t even really the end. The events of the relighting of the cosmic forge, and its restoration to full power, will have ongoing repercussions. The DC Universe has been opened to eyes that, until now, weren’t aware of its existence. New eyes, new stories… and new threats.
While I’m sad that Metal is over, I’m beyond excited for No Justice. New Justice League teams, new creative teams, new sources of joy. Count me in!