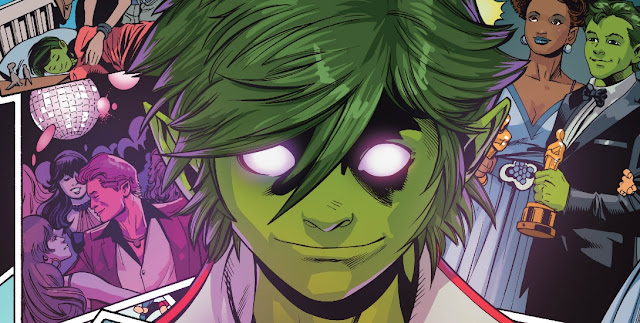 “IT AIN’T EASY BEING GREEN” Part Two. After the destruction of Titan’s Tower, Beast Boy has taken a leave of absence from the team. It isn’t long before he makes new friends, but are their motives as pure as they claim? 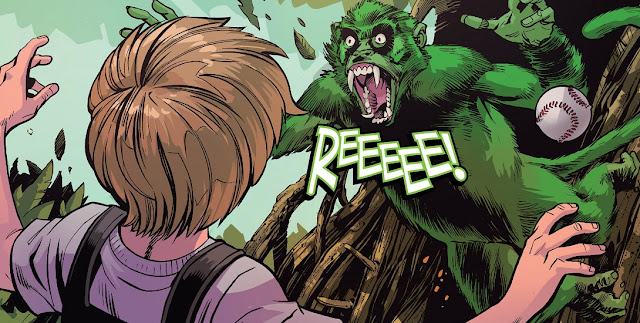 After the shocking events seen in the crossover story Super Sons Of Tomorrow, it makes sense that Garfield would want to spend some time away from the rest of the Titans. His home has been destroyed, and the effect on the team has been huge… to say the least.
The way that writer Benjamin Percy handles this group, with all their distinct personalities has been fun to read. Each character has handled the events in their own way, with results that have been interesting, realistic, and befitting each character. Beast Boy is acting true to his nature, both in relation to his powers, and regarding his free spirited, fly by the seat of his pants mentality.
Damian Wayne’s Robin is a short tempered, fast reacting pain in the rear end… and I love him for it! His leadership is refreshing, and the way he acts like he’s the daddy of the team, while he’s actually the youngest member, is really refreshing.
Scot Eaton and Wayne Faucher, as usual, deliver some very eye pleasing art. Ably abetted by colorist Jim Charalampidis, the issue flows smooth, is easy to follow, and fun to read.

I did find it a little convenient that events led Damian and the rest of the Titans to investigate Joran’s organisation just as they took Beast Boy in… but at the end of the day this is Teen Titans, not Tolstoy. 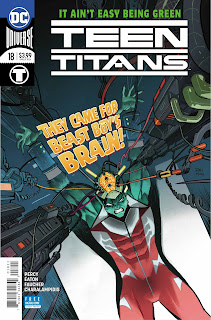 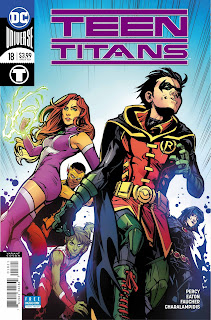 Two chapters in and this new arc is proving to be great fun. There’s a nice mix of action, and decent characterisation. Benjamin Percy has done some great work on Teen Titans, and over on Green Arrow too. The cliffhanger this issue has left me wanting more, and no-one can say fairer than that.