Beasts from Beyond: A Review of Mordenkainen's Tome of Foes 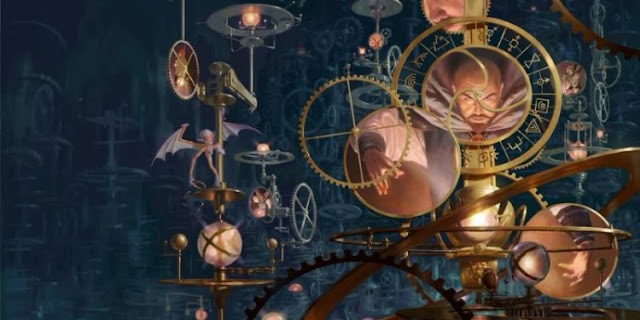 It has finally arrived; ladies and gentlemen. Wizards has been teasing us with an expansion of the known lore on various dark creatures that plague the waking moments of adventurers, and here it is. Thanks to the awesome power of my local game store here in London, I was able to get my hands on one before the projected release on the 29th of May.

Following the, now established, tradition of the other expansion books off the core three - with Volo guiding us with monsters and the Xanathar giving us (literally) everything - the legendary Wizard Mordenkainen is teaching us about the darkest forces that have ever been printed in the 5th Edition.

The tome itself is split into two important parts: detailed histories of important peoples, and stat blocks new to 5th edition. This is what separates it, and Volo's before it, from being a Monster Manual II, like editions gone by. Going into detail about the eternal war between the forces of The Abyss and The Nine Hells, the lineage of Elves, the split of the Dwarves and Duergar, the eternal blood feud within the Gith peoples, and the quaint societies of Halflings and Gnomes - adds a lot of richness to the book, and gets a lot of good material to players on both sides of the screen. A Dungeon Master can create deep narratives about the brave (or stupid) souls exploring the worlds below, with all the details about the disenfranchised new breeds of Yugoloth, while a player can feel inspired from a table outlining why a Halfling would be bored of peeling taters. 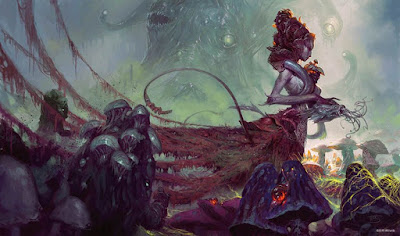 The second half of book is where the cool stuff is, kids. With 140 new stat blocks in the book across 8 of the 14 creature types, there's enough to fuel the imagination of many a lurker behind a screen. Like me.

The tone of the creatures themselves is what's really interesting for me. Two big groups of monsters really stand out, one has bigger implications than the other, of course.

Firstly: construct tribal? There are 11 Constructs in Mordenkainen's, compared to the 16 in the Monster Manual and a grand total of 0 in Volo's, this feels like a lot. One of the more interesting creature types in D&D, as it presents an interesting point of decision about strict homebrewers like me. We have to ask how technologically advanced the civilisations we're setting our games in are. Are they capable of instilling a thinking mind into moving metal, whirring gears, and psionic energy.

The biggest, and most important of all, are the inclusions of the highest powers in the worlds below. The detailed entries on the Archdevils and Demon Lords is deeply exciting, and an unwelcome temptation for a Dungeon Master like me. I can say that Graz'zt is a welcome temptation and Moloch is a wild threat that could appear in any a game. Of course this isn't the first time these demons have been printed in 5th; they feature prominently in the 'Out of the Abyss' prepared module.

Ultimately, this is another wonderful offering by the Wizards of the Coast. It provides the insights in to Elves, Dwarves, Halflings, and Gnomes that make the ragtag groups of adventurers, while inspiring the master of stories and foes with all the worthy opponents to these heroes.
Adam B Ray Adam Ray Adam's Dragon Cave Dungeons & Dragons Dungeons and Dragons Wizards of the Coast