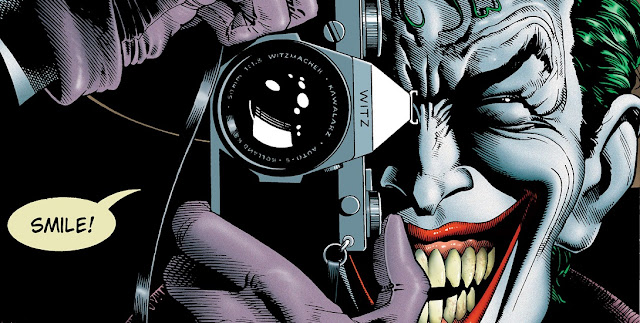 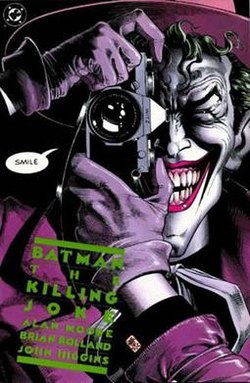 Writer: Alan Moore
Artist: Brian Bolland
Review by Steve J. Ray
Last week, whilst writing a retrospective on the DC Comics work of legendary author Alan Moore, I came to the startling realization that his classic tale "Batman: The Killing Joke" will be celebrating its 30th anniversary this year. That makes me feel both very old, and extremely fortunate.
I was there when the book first came out, and own a mint condition copy of the first printing. Before you grab the torches and pitchforks, to hunt down the fake, money hungry fanboy, please let me assure you that this book holds mountains more value to me of the sentimental variety, than the financial kind.
I LOVE this story. I love the art, the dialogue, and the emotion. The pace, drama, terror, comedy, and horror. I love every single line of text, and of art, on every single page. 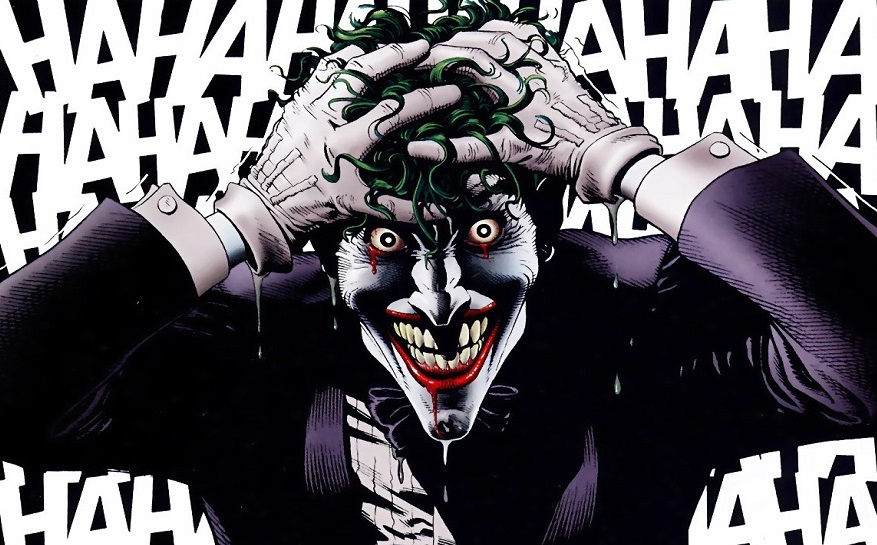 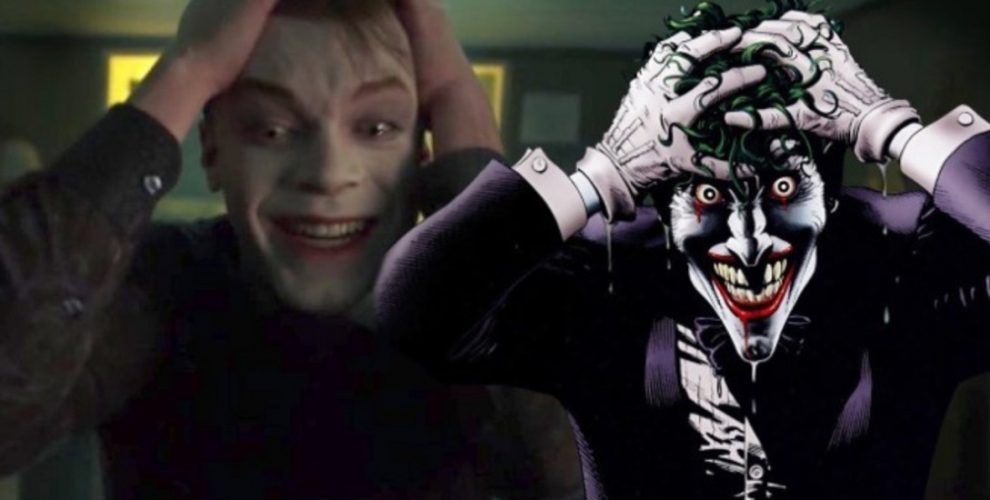 This Book’s No Joke

As well as containing what many fans consider the definitive Joker story, this book changed the DC Comics landscape. It was initially intended by the author to be standalone story, with no ties to Batman continuity, but the sales, reviews, feedback and acclaim the story received put that notion to rest.
The year after The Joker shot and paralyzed former Batgirl Barbara Gordon, DC made the event canon. This helped create one of the greatest disabled comics characters of all time, Oracle. In this guise, Babs Gordon became information broker and tech-guru for the entire DC Universe. Some fans believe that Barbara flourished, and truly came into her own at this time, rather than just being a female reflection of Batman.
Years later Oracle became the foundation, and main influence behind Overwatch, Felicity Smoak’s alter-ego on the hit TV show, Arrow. Never was this more clear than when Felicity was temporarily crippled, and wheelchair bound. Just like Barbara Gordon. 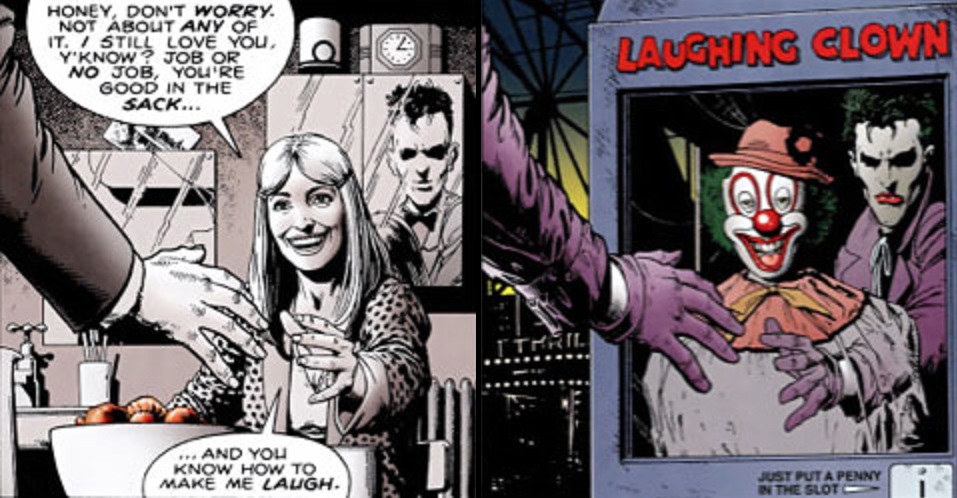 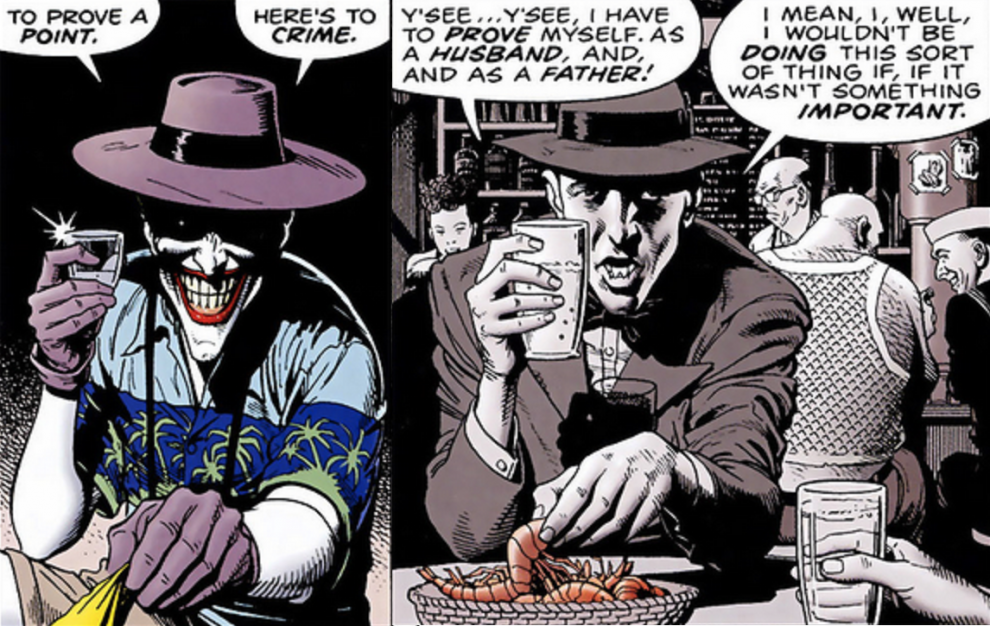 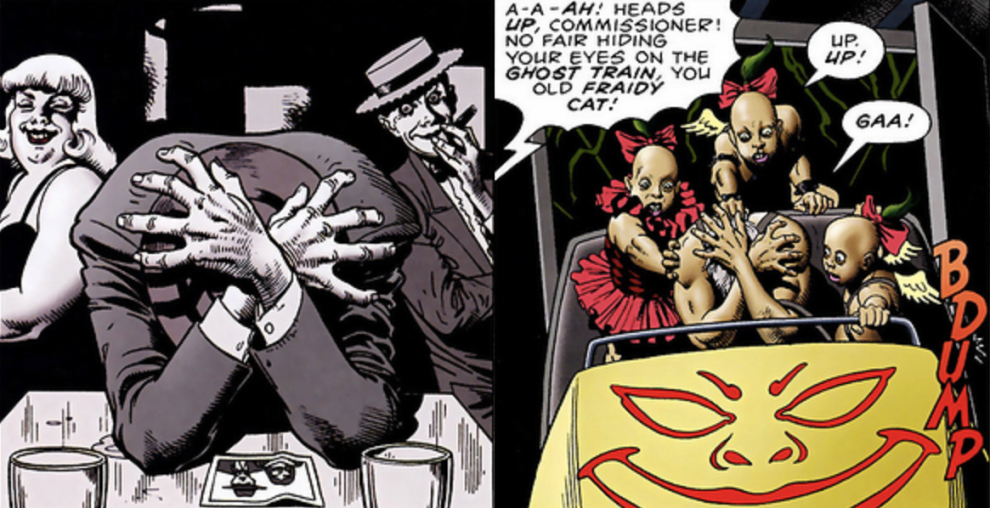 Any Other Response Would Be Crazy

The themes of violence, insanity and the fragility of the human psyche are paramount in this book. Some passages are nauseatingly real, others are insanely psychedelic, and all are masterfully written, and drawn. The ways that one page, set in the present, leads to a scene set in the past on the following page, are cinematic in a way that would make most Hollywood directors hand in their union cards and go home.
The muted colors of the flashback scenes, juxtaposed with the vibrant hues of the here and now left no doubt in the readers minds as to just what they were reading. What’s even more incredible is that this is all achieved visually. There’s no exposition, no captions telling us “Then” “Now” or “Years Ago” or “Today.” The time shifts are experienced with a change of tone, an outstretched hand, a reflection, and with expressions of pain and suffering.
Artist Brian Bolland’s renditions are hauntingly beautiful, and frighteningly realistic.
Writer Alan Moore’s dialogue also travels from the ridiculous to the sublime, from comic to Shakespearean, and everywhere in between.

Faced with the inescapable fact that human existence is mad, random and pointless, one in eight of them crack up and go stark slavering buggo!
Who can blame them? In a world as psychotic as this…
… Any other response would be crazy! 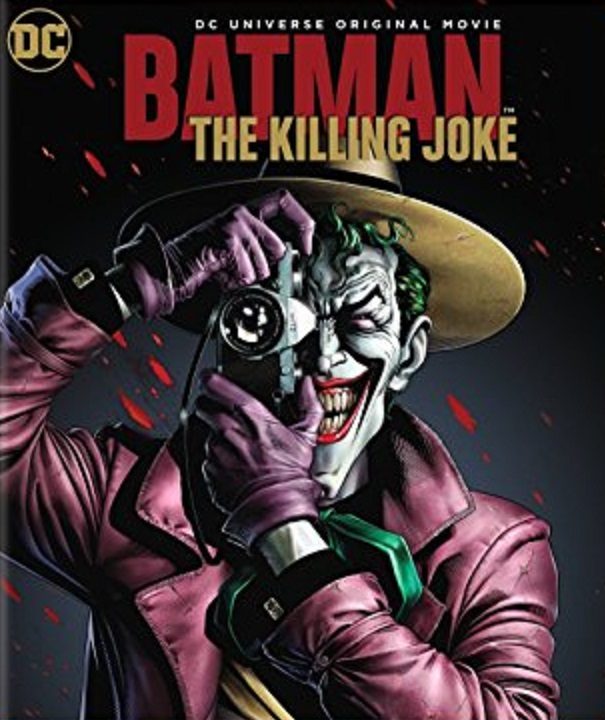 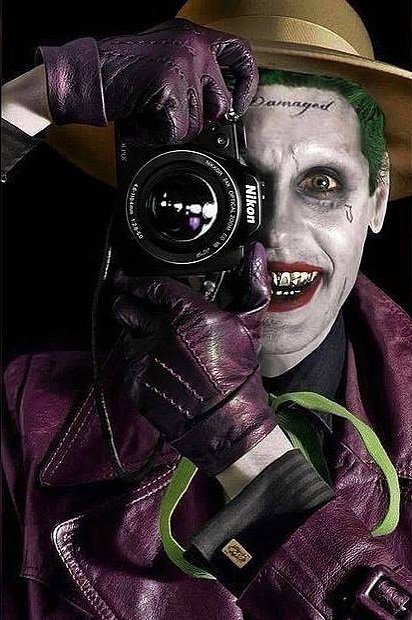 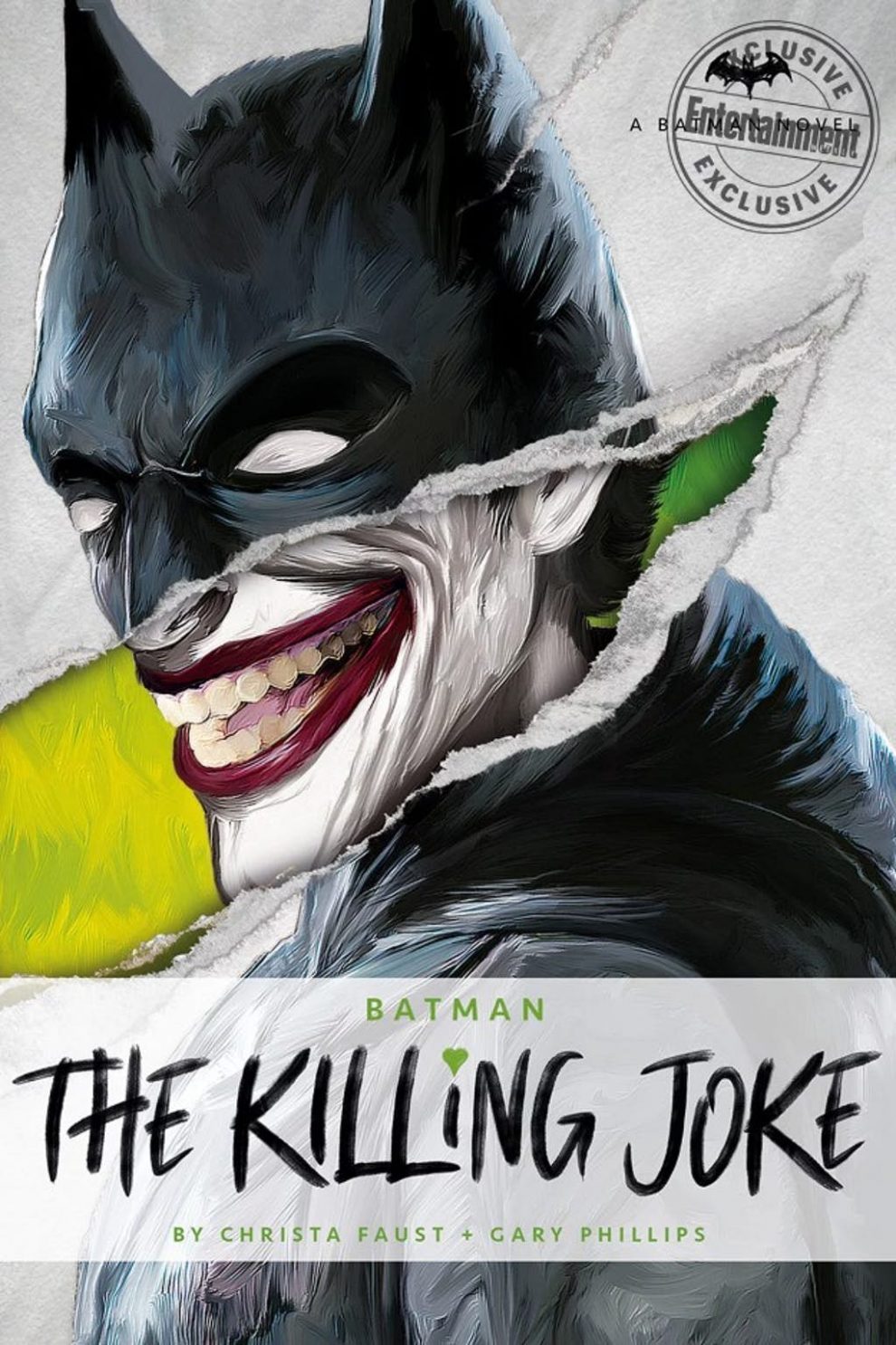 "The Killing Joke" hasn’t just influenced comics… oh no! It was the basis of an animated feature (the parts that were directly adapted from the book, were great, the rest… ) It has inspired cosplay, art, fans and actors alike. Anyone who loves the hit show Gotham will get a real hit of this classic story in the episode “One Bad Day.”

I’ve demonstrated there’s no difference between me and everyone else! All it takes is one bad day to reduce the sanest man alive to lunacy.
That’s how far the world is from where I am. Just one bad day.
You had a bad day once, am I right? I know I am. I can tell. You had a bad day and everything changed.
Why else would you dress up like a flying rat?

The Joker’s torture of both Barbara and Jim Gordon was intended to incite Batman, and drive the Commissioner insane… just to prove a point. Has the Clown Prince Of Crime ever been depicted as more insane, or unstable?
The power of this book is not only still felt today, it will be remembered for decades to come. Later this year this classic tale will be republished as a prose novel, adapted by writers Christa Faust and Gary Phillips, 30 years after its original release.

Words like vintage, classic, and legendary are thrown about like footballs. Many books deserve the title, whereas others… not so much. There is no doubt in my mind, and in the minds of the legions of fans that this graphic novel has earned itself, that "The Killing Joke" is all of the above.