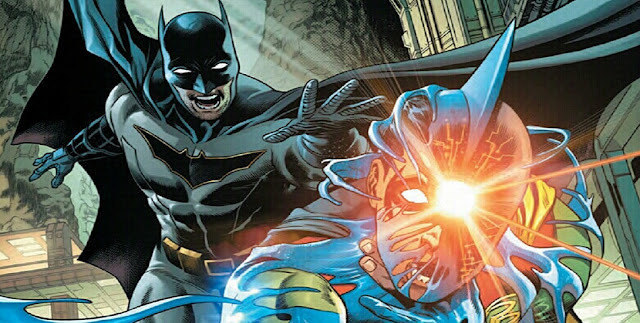 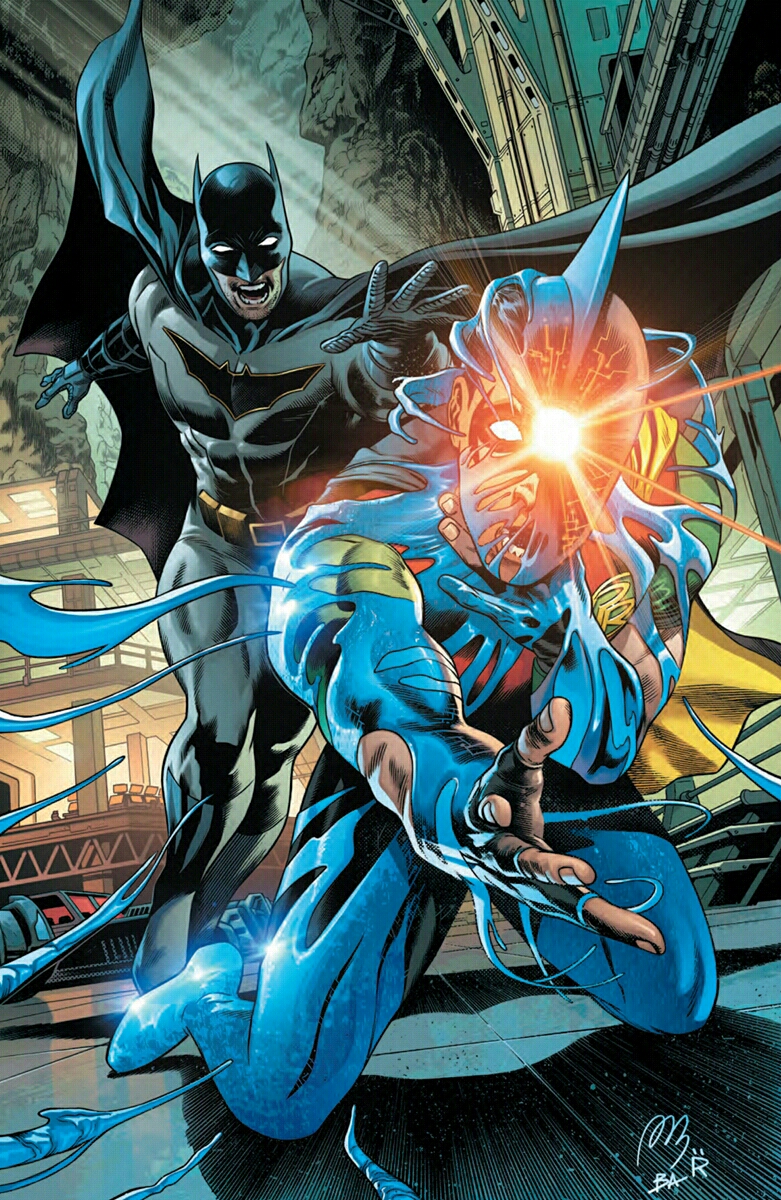 OMAC + Brother Eye + The General = Bad News for The Gotham Knights, in the fourth chapter of “Batmen Eternal.” At the end of the last issue of Detective Comics we left Tim Drake being consumed by OMAC nanites, enveloping his body, and taking over his mind. Now that’s what I call a cliffhanger!
Ulysses Hadrian Armstrong may be a teenager, but his strategies and thought processes are far in advance of his years. In the previous instalment readers discovered that it was he who had infiltrated the computer systems of both Jacob Kane’s Colony, and the Batcave. The self dubbed “General” had been maniplualting, and exacerbating the hostilities between Batman, and Batwoman’s father all along.
Kids these days! 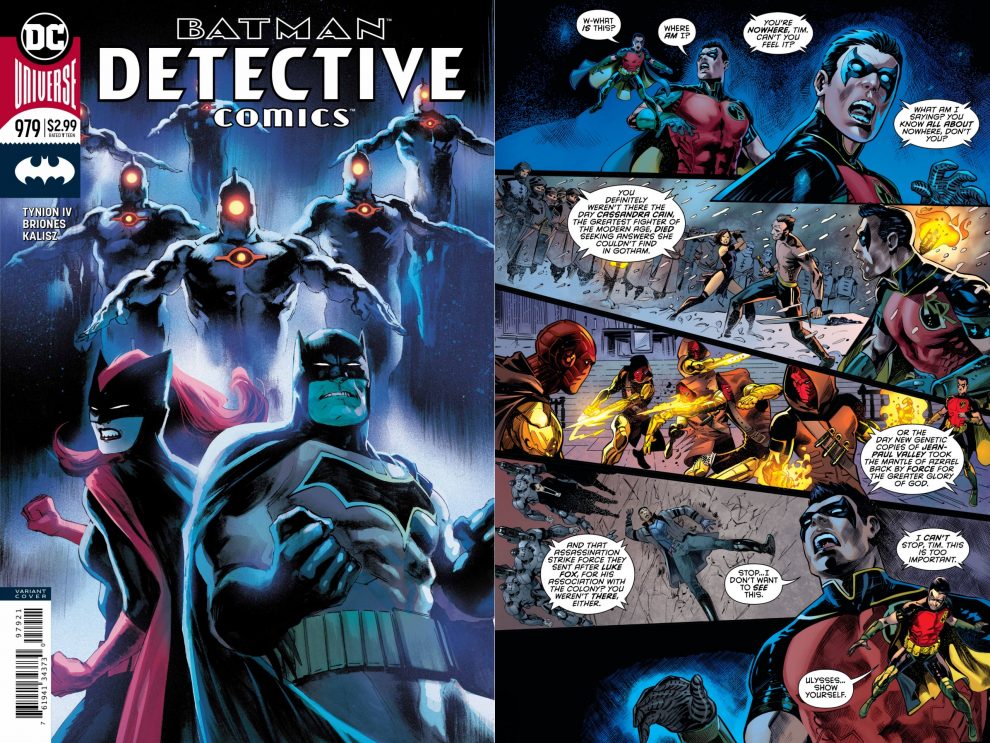 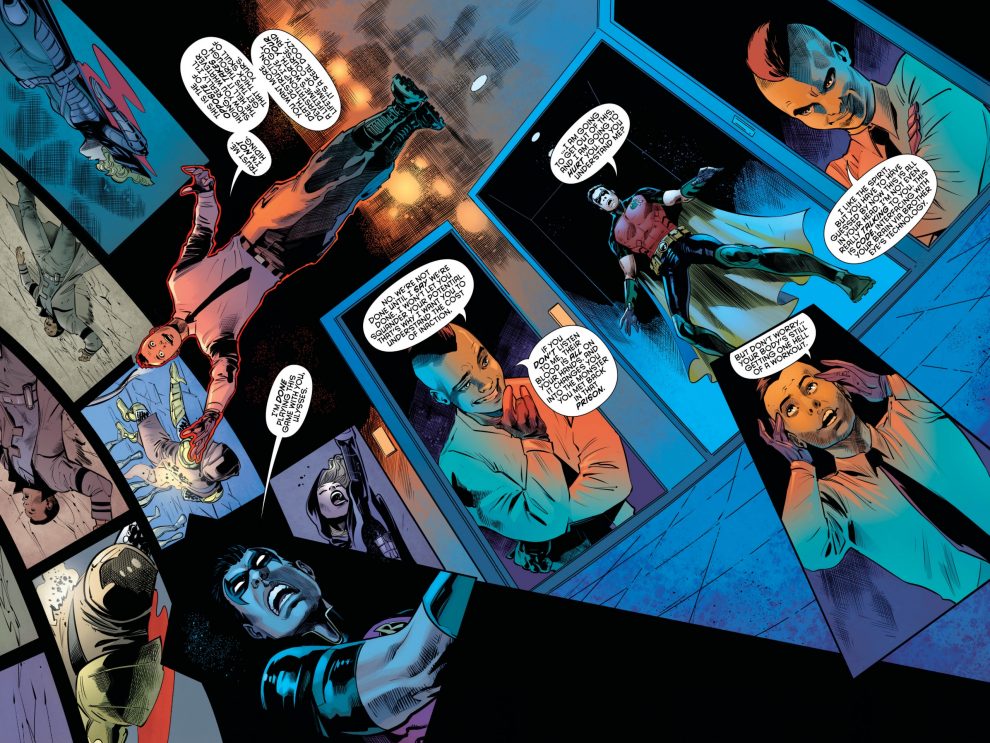 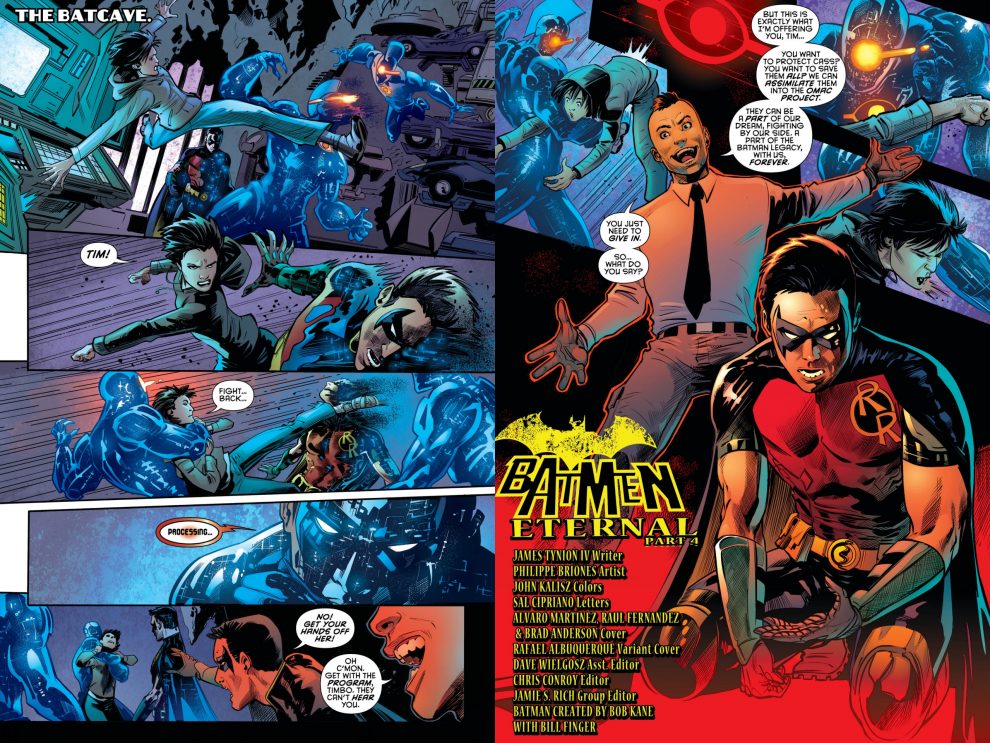 The General’s gradual infiltration has proven incredibly efficient. Writer James Tynion has taken a character who was always interesting, and elevated him to the status of a true, and credible threat. Armstrong has tempted Tim over to the “Dark side” and in doing so recruited a strategic intellect at least as great as his own. The worst part is that Tim has knowledge that could threaten Batman, and all of Gotham in the process.
It’s not often that I get to give a shout out to the comics editors, but with Detective Comics I feel that I must. This title has consistently delivered two excellent instalments a month. This kind of workload on the writer and editor must be intense. The way that Mr. Conroy has gathered a stable of artists around the writer that:
(A) Are incredibly talented.
(B) Have a style that makes each issue feel cohesive, and you aren’t jarred by the change of artist/s, sometimes mid-story. Each team is unique, but works to make every issue this title work with what has gone before, and with what follows.
Other titles on the two week schedule have suffered with this, but Detective Comics seems to have the winning formula. The art by Philippe Briones and John Kalisz this issue is fantastic. Tim’s OMAC form being a cyclopean Batman (NOT Robin) is terrifying, and the cybernetic hues Mr. Kalisz employs on Briones’ designs is brilliant. Respect also to the sterling work of letterer Sal Cipriano, who I believe has lettered virtually every single issue of this title under James Tynion’s tenure. OMAC’s word balloons are technotastic!

Killer robots, nano-tech, psychotic teenagers and a Bat Team divided. Man, this series is comics dynamite! Bravo and a huge thanks to everyone involved.