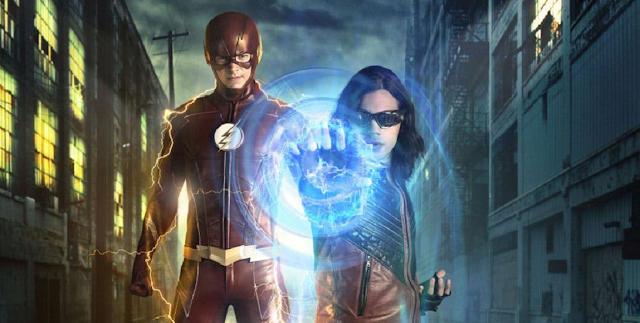 Review by Steve J. Ray
The 2017/2018 season of DCTV has been absolutely phenomenal. Every show! Black Lightning, Gotham, Arrow, DC’s Legends Of Tomorrow, Supergirl, and – the show that I review – The Flash. Not only has Season 4 been the strongest yet for this series, but the finale “We Are The Flash” is the icing on an incredibly tasty cake.
We’ve had an awesome villain, incredible guest stars, stunning storylines, terrific special effects, thrills, laughter, joy, and pain. This season had it all. 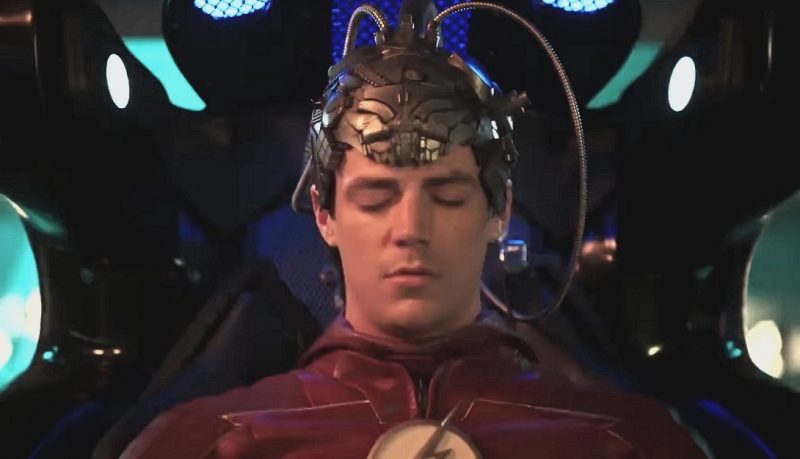 Seeds were planted foretelling the arrival of Clifford DeVoe long before this season even started, foreshadowing the villain’s ability to plan for every contingency. His vast intellect seemed too much for Team Flash to counter, and the threat he personified has been the greatest of any Flash baddie thus far.
The great thing about good fiction, and this series has given us very good fiction, is using classic tropes in all new ways. How could our heroes win? After all, that’s what heroes do. In stylish fashion the breadcrumbs have led us out of the maze, and clues have unravelled leading us into season 5… and beyond. 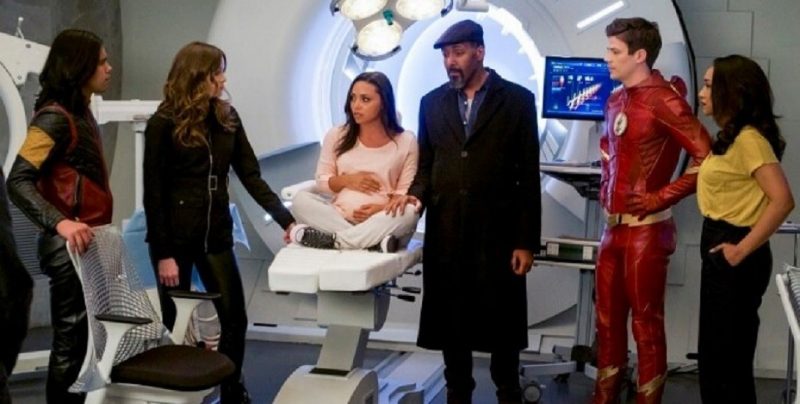 We Are The Flash

One of this show’s greatest strengths is its hugely talented cast. Most of this team has been together since day one, so the sense of belonging, and family is real. Intelligence is powerful, but from Daleks, to Borg, to Luthor, we’ve all learned that it can’t compete with love, and compassion.
The additions of Hartley Sawyer as Ralph, and Danielle Nicolet as Cecile has grown this family, strengthening it even further. Before the episode ends another member returns, and two more are added to the fold. “Team Flash” may want to rename itself “Flash Family”, even if it’s just to satiate my compelling compulsion for artistic alliteration. 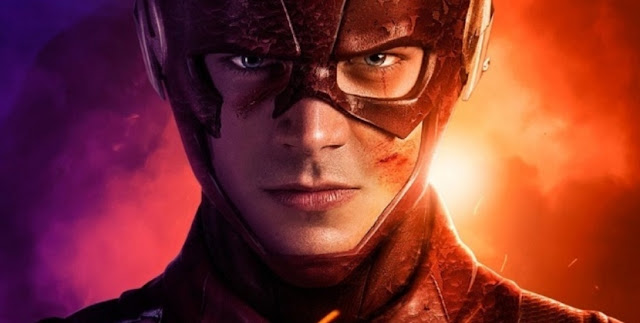 Being a self confessed ultra geek, this series is a fanboy’s Easter-Egg paradise. Cisco’s constant pop culture references bring a smile to my face, week in and week out. In this episode alone we enter The Matrix, get Star Trek quotes and witness the bane of every fan’s existence; seeing a non fan’s complete inability to differentiate the Final Frontier from A Galaxy Far, Far Away. Absolutely hilarious. 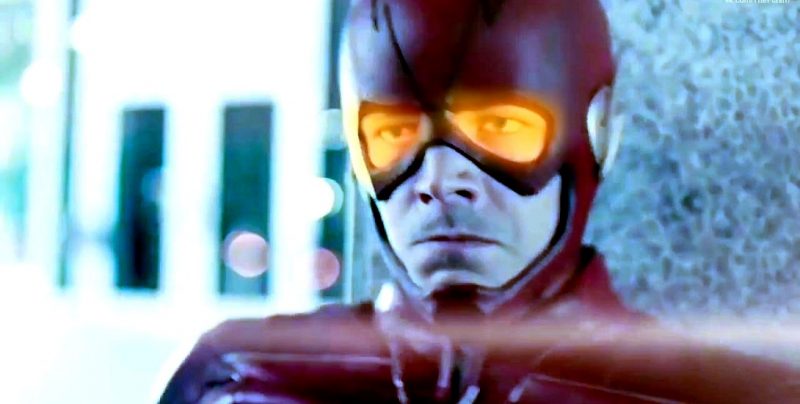 The writing on this show has been impressive. Every question raised has been answered, but the doors they closed behind us all lead onto long, winding corridors ahead. What will be the result of Harrison Wells’ diminished intellect? What was the purpose of Cecile’s psychic powers? Who was the mysterious “Maths Girl?” This season has made us, as viewers feel that we are The Flash too.
This season’s over, but the story never ends. 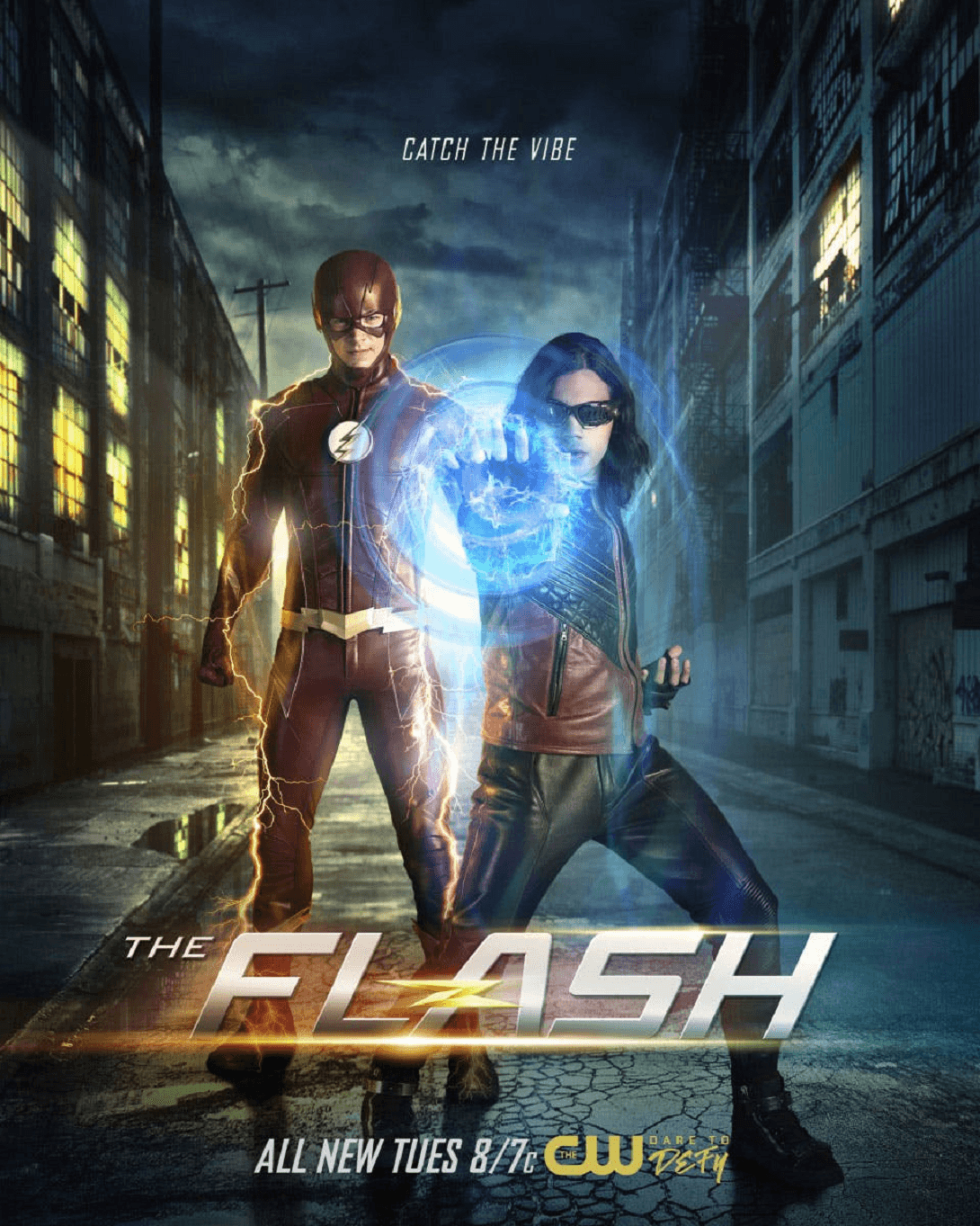