Torchwood: Outside the Television; Beyond the Screen - Exclusive Interviews and Insights from the Whole Cast 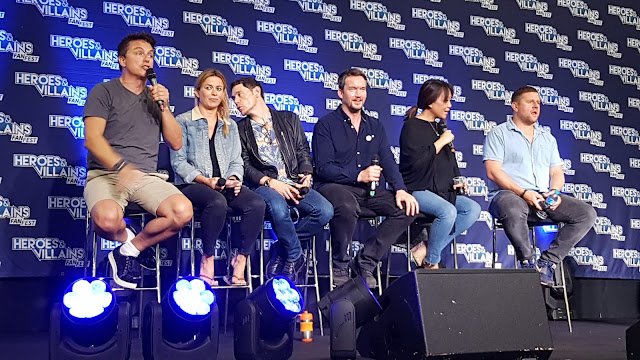 "Bloody Torchwood," said an old lady in protest, as a blowfish in a sport's car sped past with a black S.U.V. chasing behind it, the name of said agency etched into its side. My mother, who I love and know tolerates the science fiction the creators of this site absolutely love, wanted that car. She can't drive. That, in itself, is the power of Torchwood. Yes you still have  the wild, colourful, reality warping science fiction of Doctor Who, but with real, grounded stories of people that suffer and bleed, swear and sin. The universe grew up a bit with Torchwood, and it did wonderful things since it first aired in 2006.

Yep it started that long ago. It ended when Russel T. Davies said it went to an indefinite hiatus, back in 2012. It's been a long time, and ever since the Cardiff rift has been left undefended.

At the Heroes and Villains Fan Fest, the actors behind the famous team got back together for the first time in ten years (although Toshiko actress Naoko Mori insists it's closer to fifty), to celebrate and make everyone know that "In Big Finish, there're a few dramas" centered around the Torchwood team and, according to Gareth David-Lloyd, they'd like to make even more. 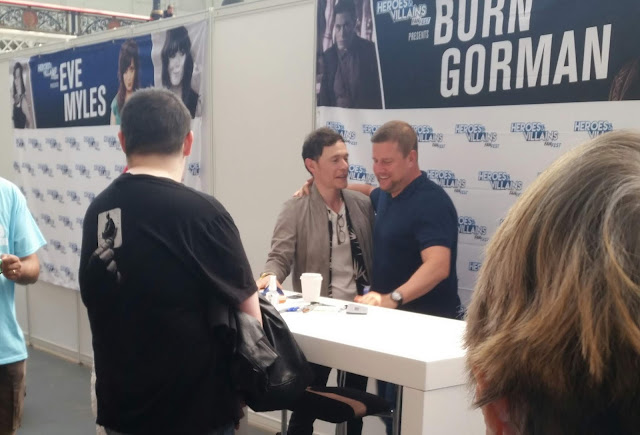 For a cast that hasn't been all together in ten (or maybe fifty) years, the bonds still seem very real. While at his meet-and-greet table, Burn Gorman heard the wild calls of a loud Kai Owen from across the hall and they met like met in the middle for a great reunion hug. With a cast like this, it seems to me like they truly were a very close family, and they never lost that with the time and differences in projects.

When I sat down with Burn, he was very keen to get back to grips with medical moral reprobate Owen Harper.

In his time since Torchwood, we've seen as the eccentric Doctor Gottleib in the excellent monsters vs mechs Pacific Rim by Guillermo Del Toro, then as a traitorous brother of the Night's Watch, to a combination of both in the underappreciated Forever, alongside Ioan Gruffudd. He was truly caught off-guard when I brought up this great series:

Oh bless you, I never hear enough people talking about it. Really, it was a good show to be working on, especially with Ioan (Gruffud), but a really ironic name for a show that got cancelled so quickly.

With all those projects, it's a great thing to see him so eager to reprise the role we all know and love him for. 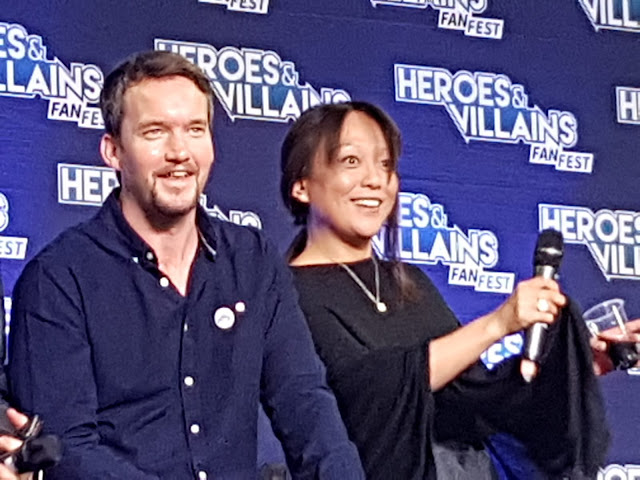 With the whole cast of Torchwood all together, it became my mission to hear the thoughts of each of them.

The actual flower that was probably too precious for the team, Naoko Mori, said that she was a weird combination of both happy and sad to be back playing Toshiko Sato.


It's natural to miss a character and when you reacquaint with them, you get to miss playing as them.

Otherwise, Naoko loves the team she's working with, and with John Barrowman because she's died in his company, and in his arms, many times on stage in 'Miss Saigon' in 1991.

When I caught up with Gareth David-Lloyd, it just proved that the whole cast is absolutely delighted to all get back in touch for the newest projects, some of which he penned!

I think I'm writing another big finish this Christmas. Though, I don't think I was supposed to tell you that...

No need to worry, he confirmed it later at the panel with all his friends, so he's not in too much trouble. On a subject close to my heart, I had to ask him about portraying Ianto Jones, an important figure for the bisexual community – particularly a male figure (which is much less frequent). When asked, Gareth said:

I do love hearing about people from the LGBTQ community who were able to come out thanks to Ianto, that's really important, but honestly I try not to see it as a big deal... it shouldn't be. When I found out about it, I was super nervous about [mine and John Barrowman's] first kiss. Not because it was a same sex kiss, but because it was with the leading man of the show.


It is an important thing for popular culture to see all colours in the community, but treating it offhanded, and casual is a great way to help normalise it. 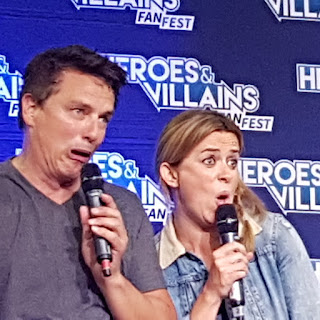 So we come to who many consider to be the main two faces of the entire show, John Barrowman and Eve Myles. Look at how sensible they are.

Hearing both of them speaking together clearly shows us that they're still best friends, even long after the cameras stopped rolling. All the stories Eve Myles tells about John Barrowman paint him as the most bombastic and wildly loud character in the business. During emotional, difficult scenes, he'd regularly flash and point out his exposed "Billy-Bob Thornton", to borrow her words.

Mr. Barrowman isn't safe out in the big wide world either. The panel at the Fan Fest gave us all insights into what their dynamics of what they call "Dirty pizza night" or John Barrowman's escapades aboard a British Airways flight to the chagrin of the other attendants. This was a different flight to the one Gareth David-Lloyd was on, where John traded his clothes with those of a flight attendant, and tried to offer Gareth "Something to suck on".

After many years away from the characters, working on other projects, it'd be natural that John Barrowman, trans-temporal hero turned DC TV villain, would have some kind of disconnect from the project. Not so! He talks about filming his favourite scene from Torchwood season one and remembers the whole show with such love that it's clear that he never lost those feelings:

We're all so excited to do this show, and everybody who was part of that programme and continued with us had moved from Doctor Who or was brand new with Torchwood, that scene [at the beginning of episode one in the rain] was the first scene; and none of us complained about being in the rain and getting wet because we were so grateful to have the job and to be able to have a show that we were scared to do – but really excited – because no spin off technically of Doctor Who had ever worked. After our ratings on that first night when we found out we were the highest rated show on BBC3 and we even beat the football. Right? That was when we were like, I think we've done it and it's you guys who did it for us. So that's the scene that was the best one for me, the first one ever that we did.


It's a remarkable feat from John to gather the whole Torchwood cast to the Heroes and Villains Fan Fest. This was, in part to promote the reunion of the characters in the Big Finish audio dramas, but also as a thank you to the fans, who haven't seen that famous group together for ten / fifty years. Not a single shred of love or respect for the show has left the hearts of the cast or the fans that saw them. Sure Burn Gorman is building giant mech suits for Idris Elba, or Gareth David-Lloyd can sport a supervillain goatee for theatre, but they still talk and joke as though they're still on those Cardiff sets together. You don't lose that kind of connection. The only difference, I guess, is time and the loss of new Torchwood TV, but to that, I think Eve Myles herself said it best:


How pleased are we that we've got Big Finish to keep Torchwood alive!