Review: The Brave And The Bold #5 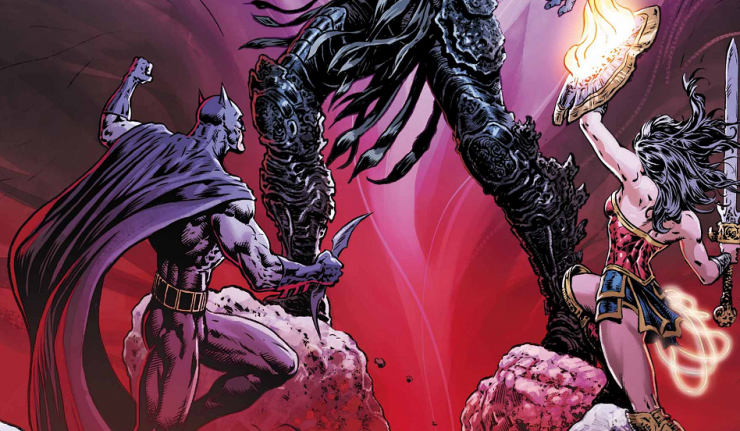 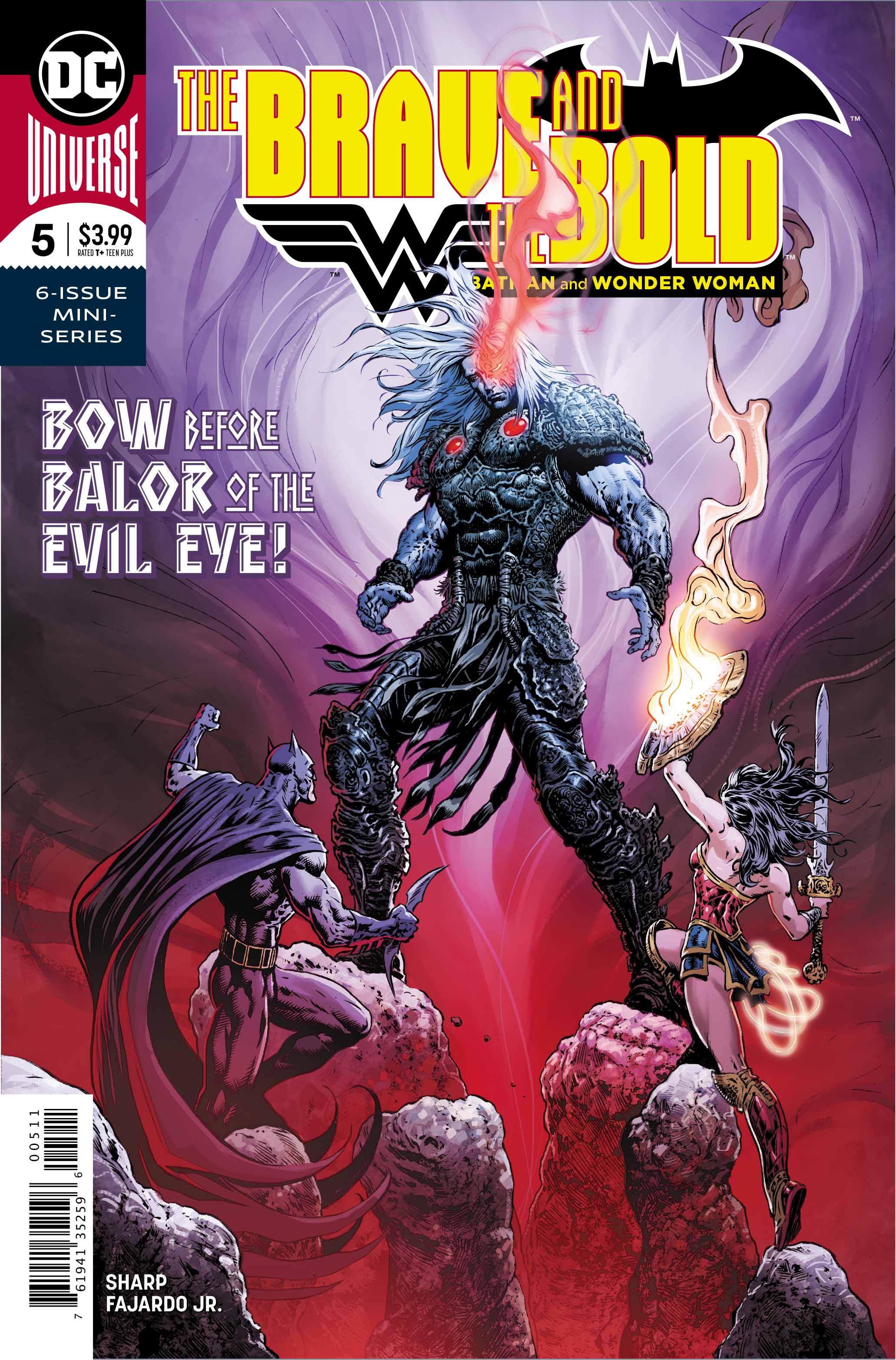 We left Batman and Wonder Woman in the last issue at the mercy of angry locals and distraught, hideous creatures known as Fomorians. This issue of The Brave and the Bold builds on that tense situation.
Everything comes to a head as we find out what happened to an artefact of ancient power, we see a dark presence re-emerge, and, on top of all that, the wider plan is finally revealed.
Writer Liam Sharp has been able to pack a lot of tension into a single issue very well.
The hyper-detailed yet storybook quality of the art is locked in across the whole title. It’s a lovely thing to behold. Many comics follow the highs stakes, cinematic style to mirror their movie counterparts, so seeing cliffs and sympathetic faces behind beards and tusks is a real breath of fresh air. 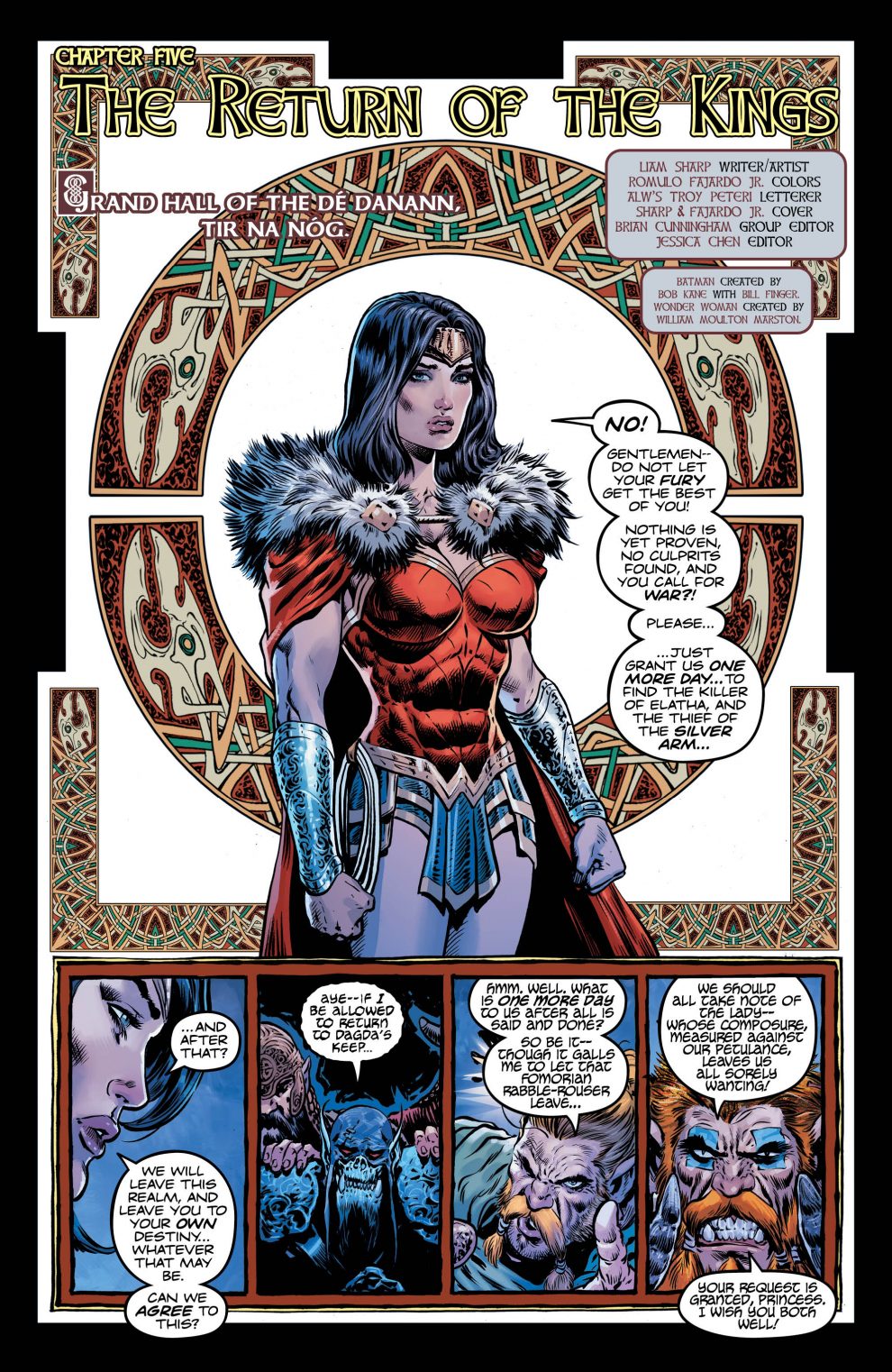 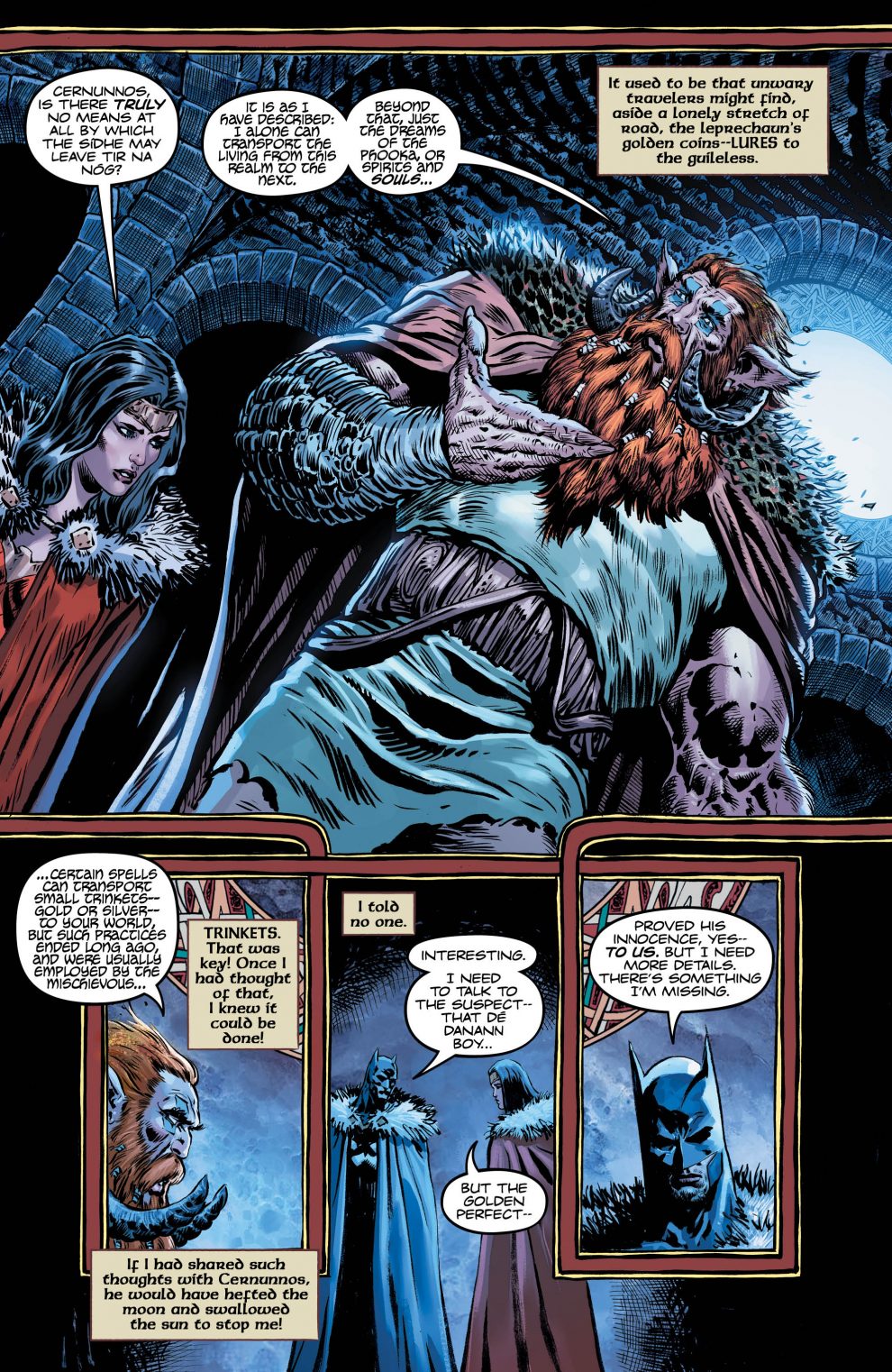 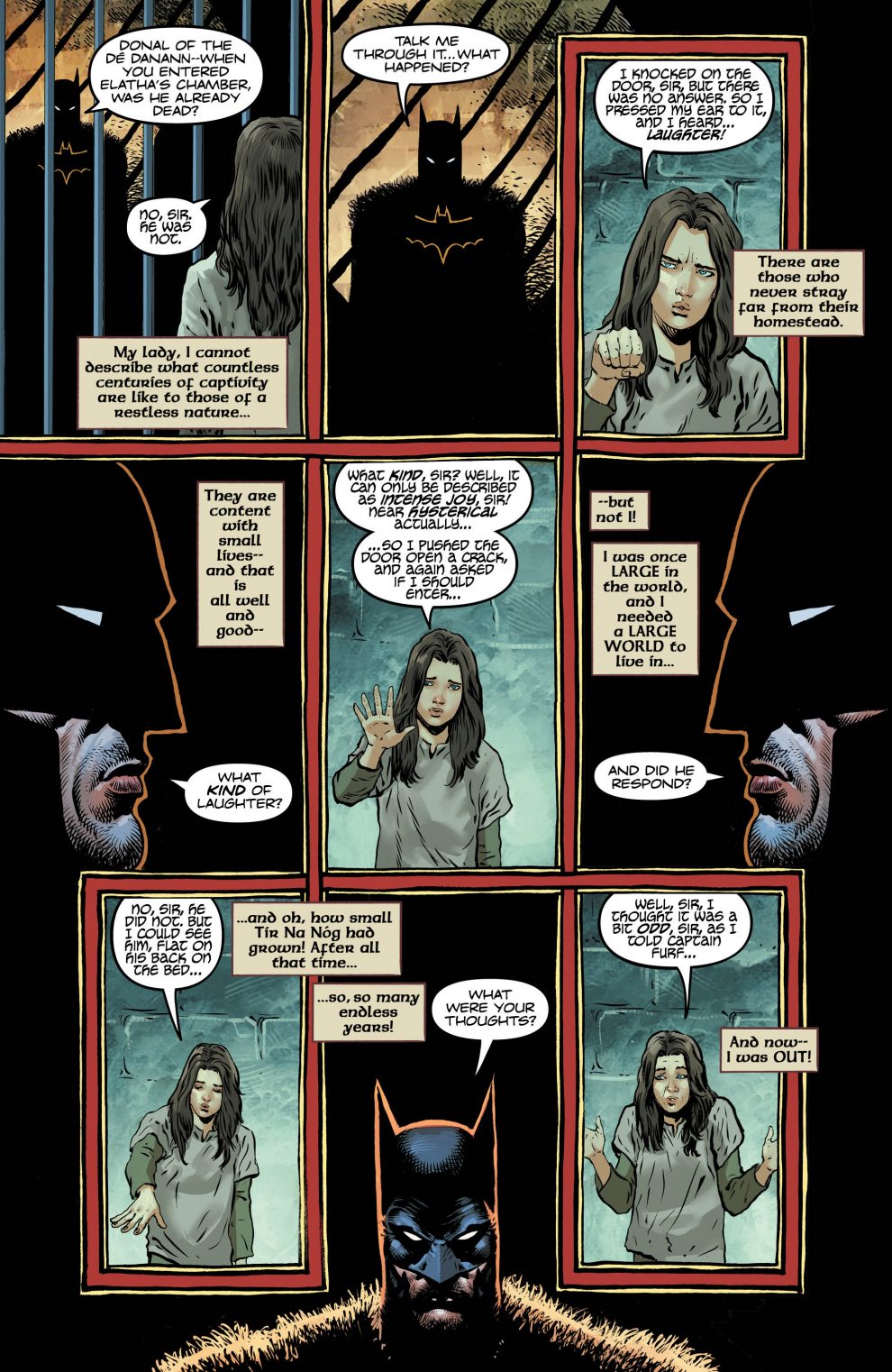 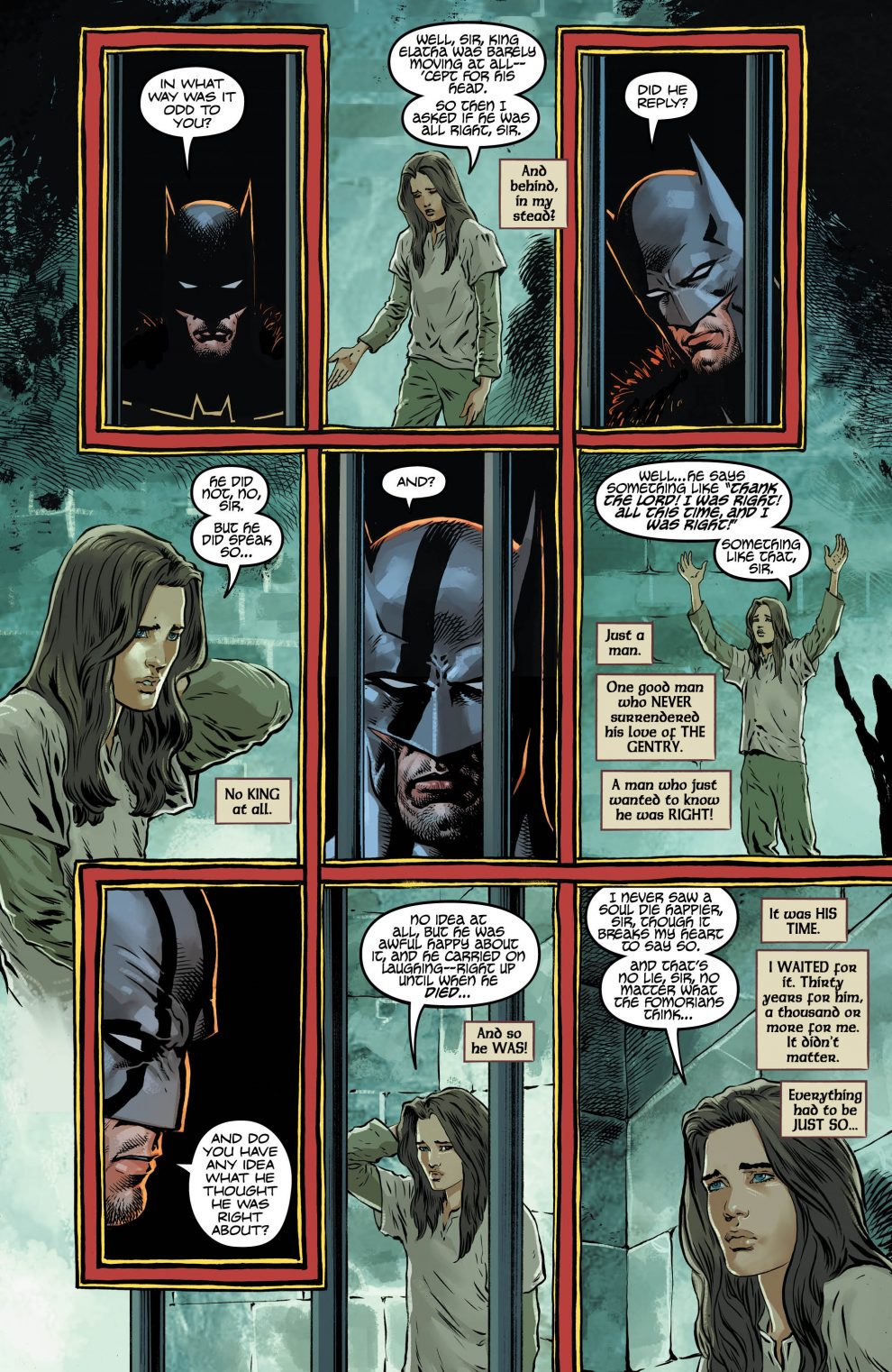 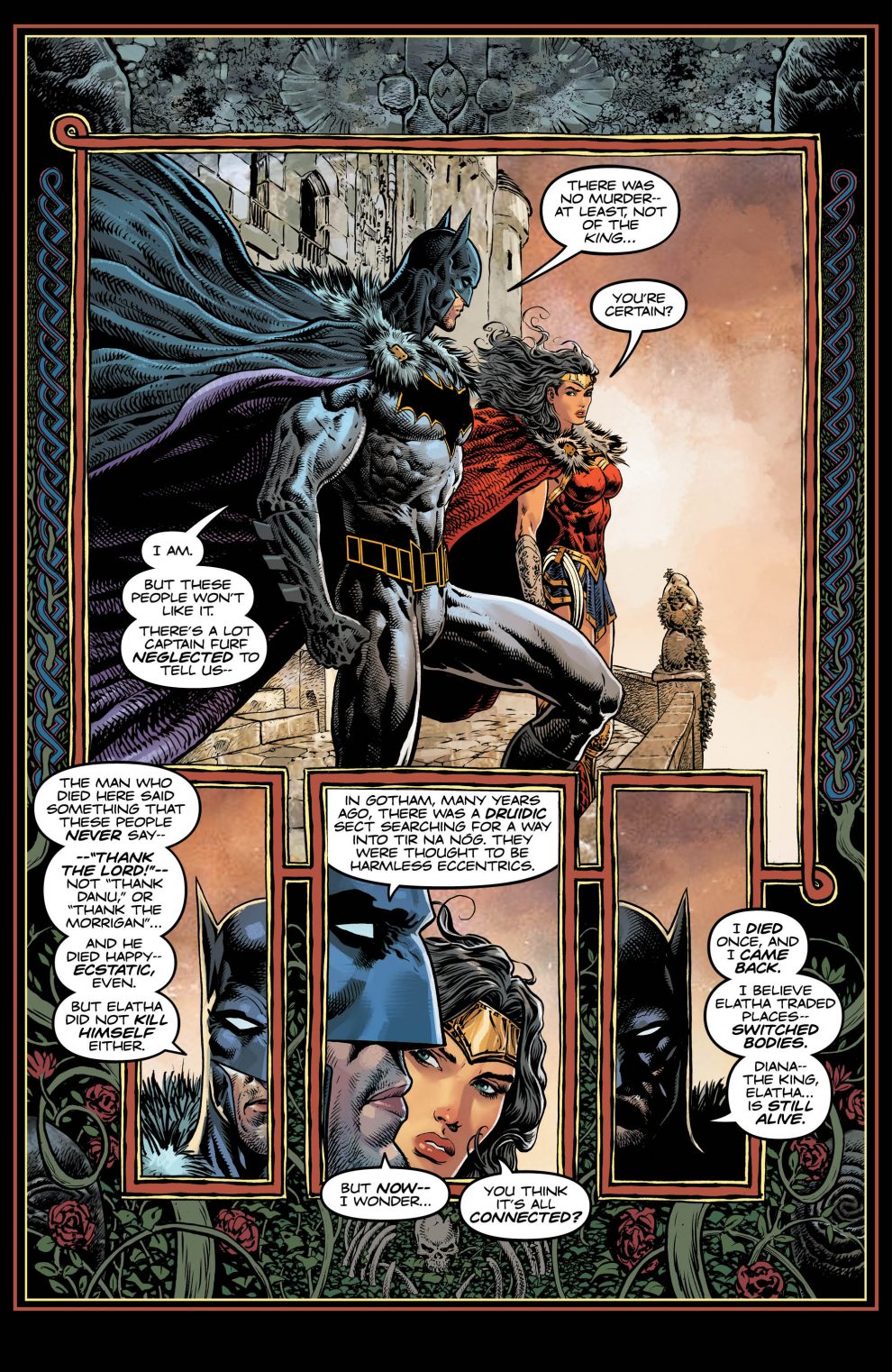 Rift Between Worlds
You can easily split this issue into two halves. That’s a real testament to Sharp’s storytelling and pacing. We see Batman question the suspect in the ongoing mystery. The symmetrical pages look like a tapestry from ancient Ireland, laying out a myth or legend. This is just another part of this series that shows how you can bring big conflicting styles – comic book action and mythic fantasy – together to make something truly special.
Part two of the issue comes when the mystery is solved. Just like the art and overall style of the entire series, we find the way someone in that distant land wants to merge their world with ours. The acts shift everything we know, and an ancient evil awakens…

Everything about this series screams unique and flavorful. This issue leaves the action as it's just starting to boil, and this reviewer ready for the epic conclusion.