Review: Red Hood And The Outlaws #24 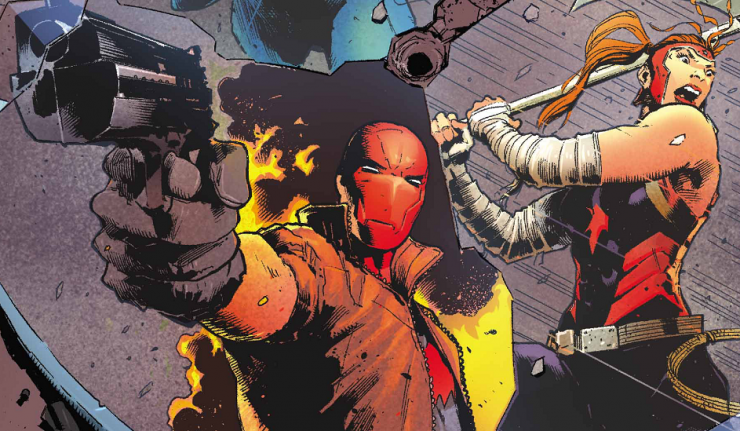 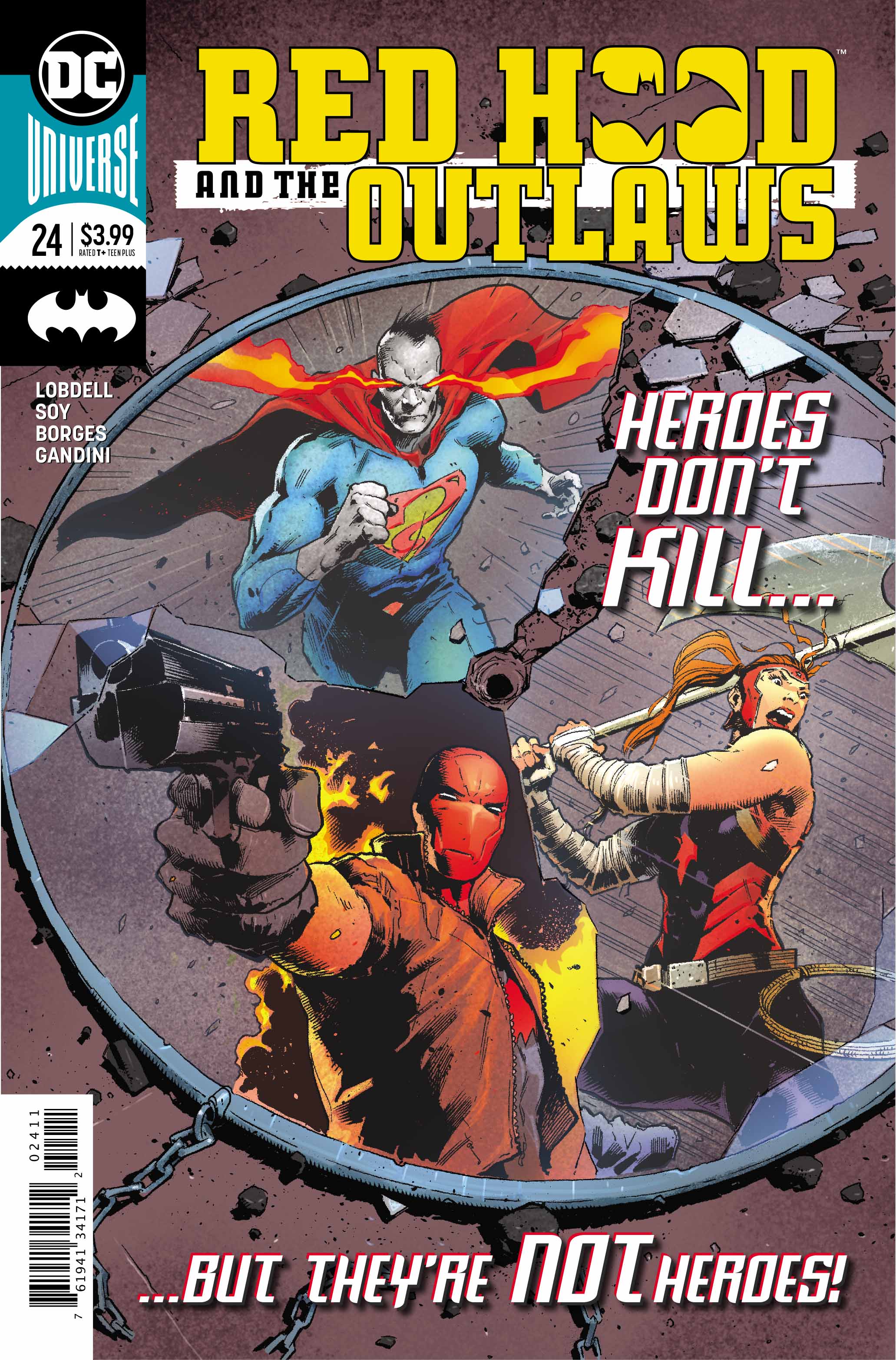 Writer: Scott Lobdell
Artist: Dexter Soy, Allison Borges, Veronica Gandini
Review by Adam Ray
A team lead by Jason Todd could do great or terrible things for the world. You would hope for a positive result from Jason, someone trained by Batman and brought back from the dead. Not so.
In the last few issues, Jason’s been on a small side quest, looking into his own family past, and the circumstances around the death of his father, Willis Todd.
Long before Jason’s appearance in Batman #357 way back in 1983, his father, Willis, was sent to prison covering up crimes committed by The Penguin. Jason lived on the streets until Batman found and Adamtrained him. As a man back from the dead, Jason is reconciling that part of his past and it comes to a head in this issue. 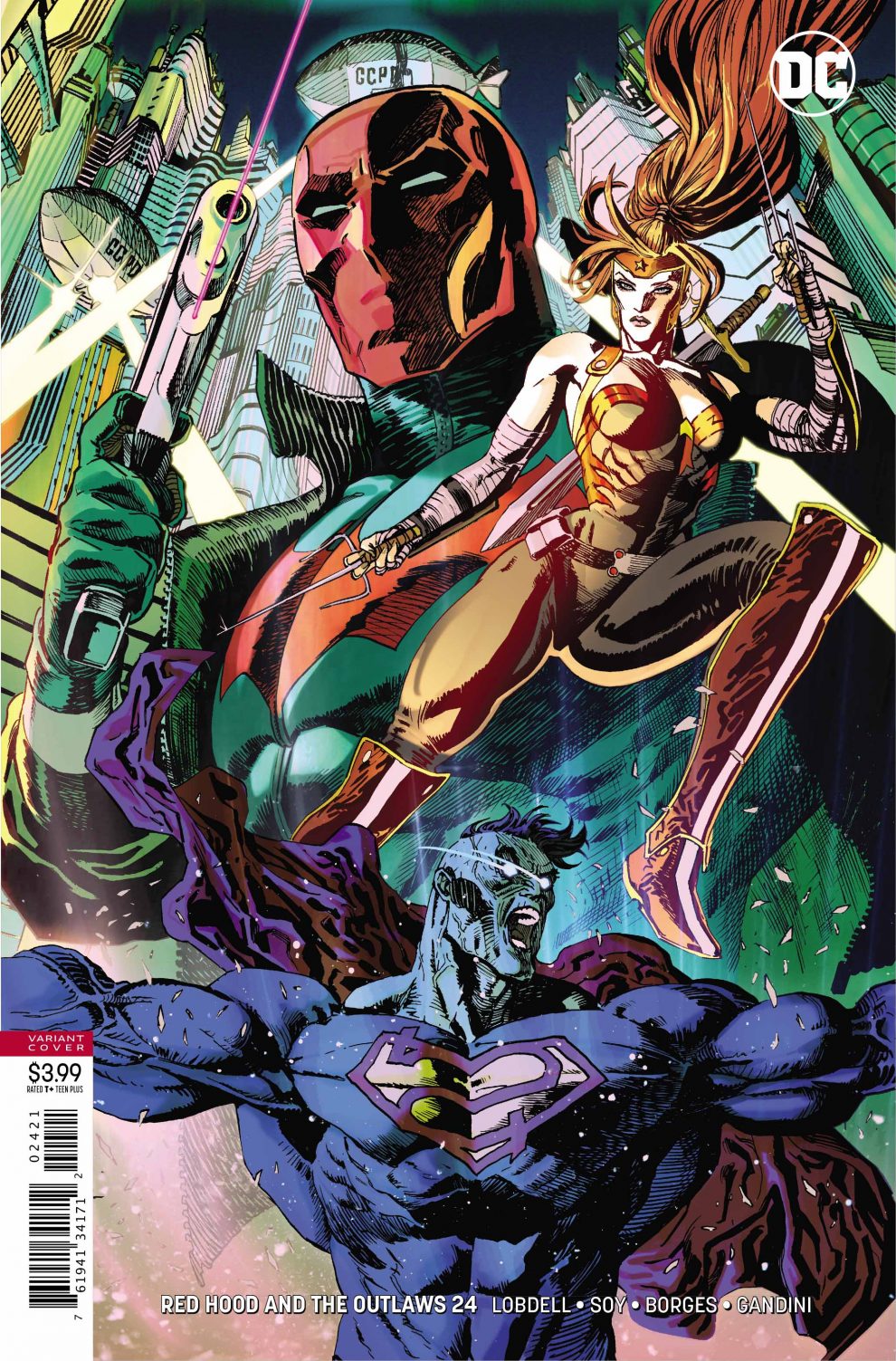 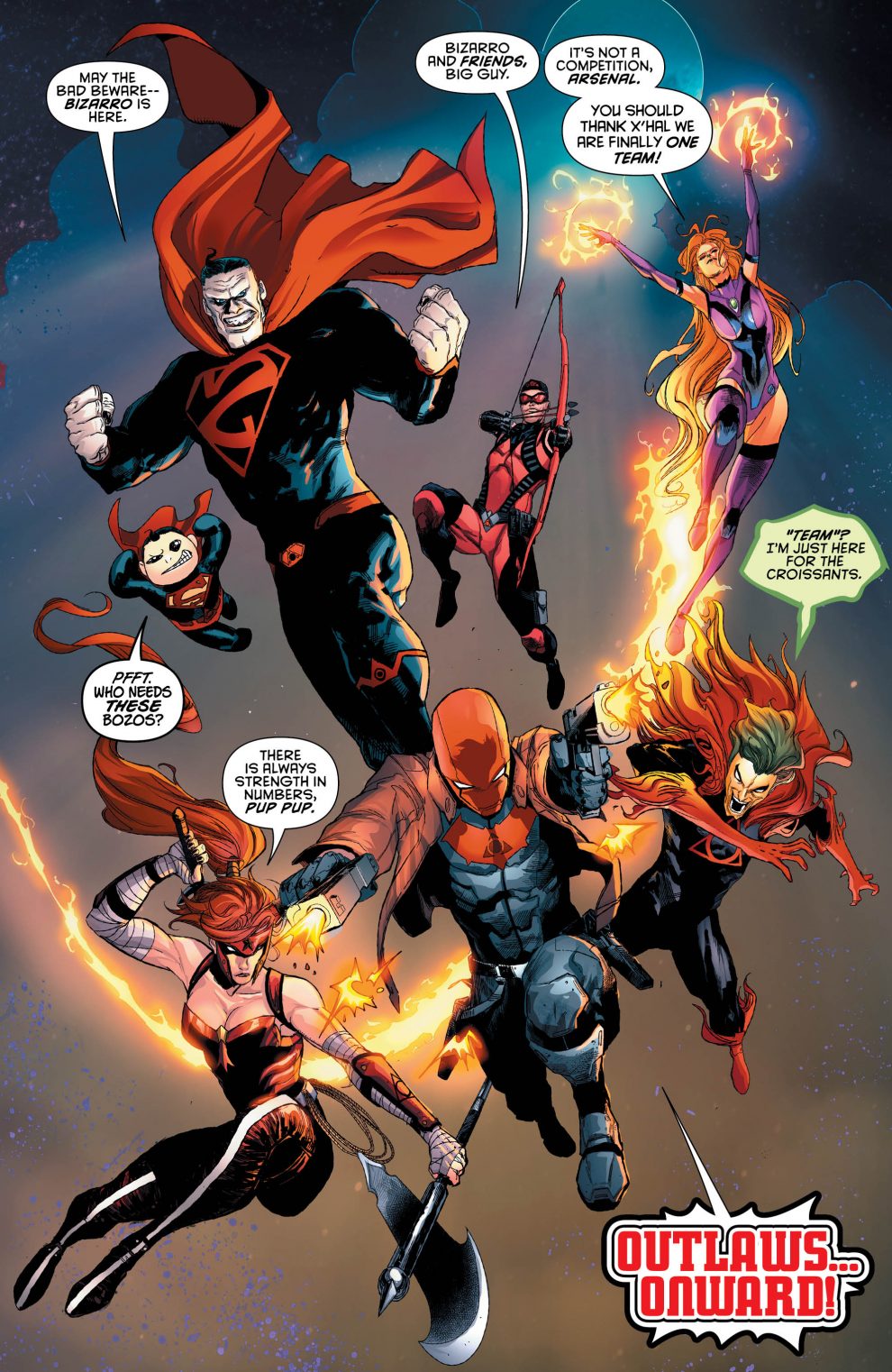 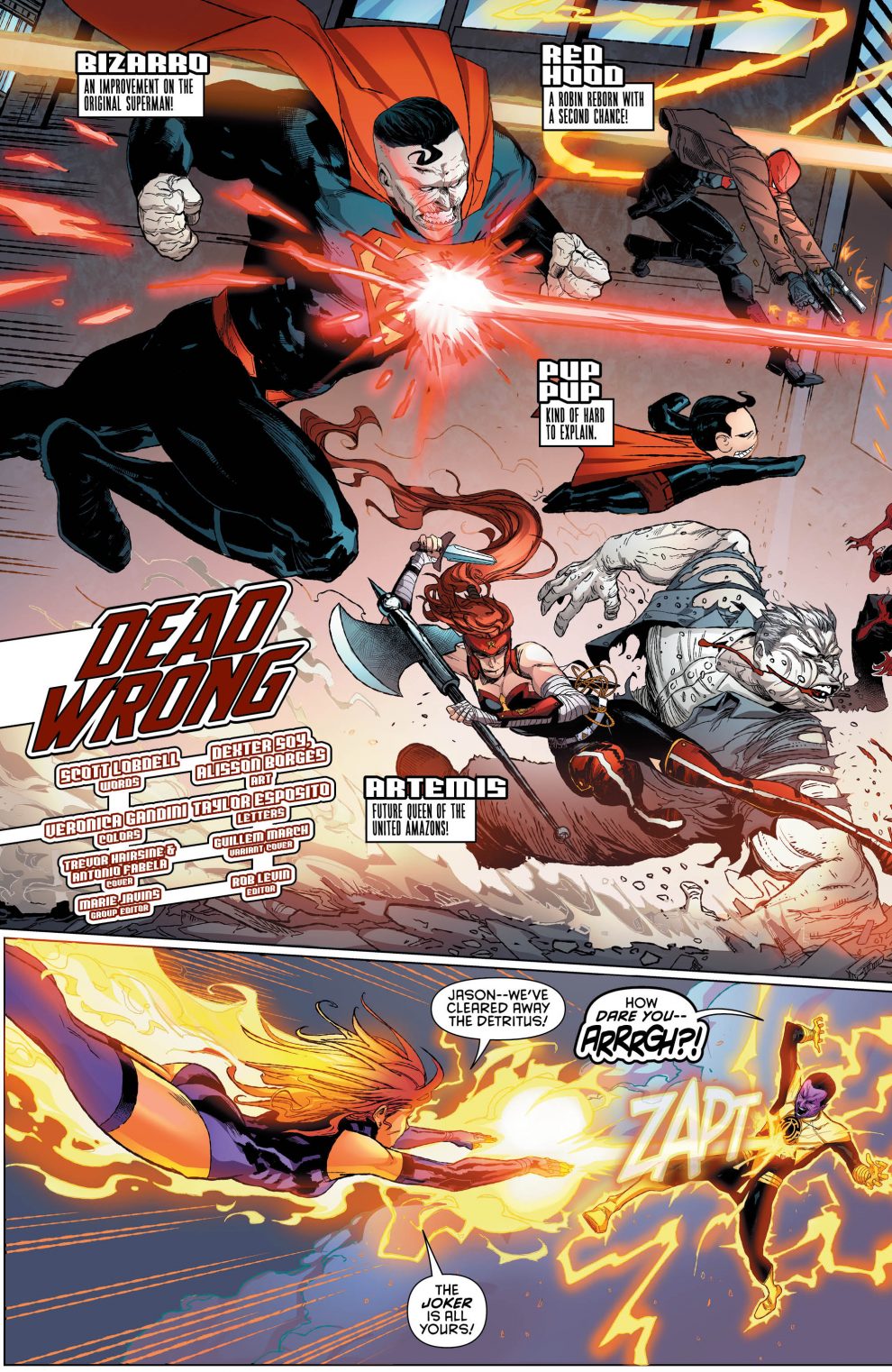 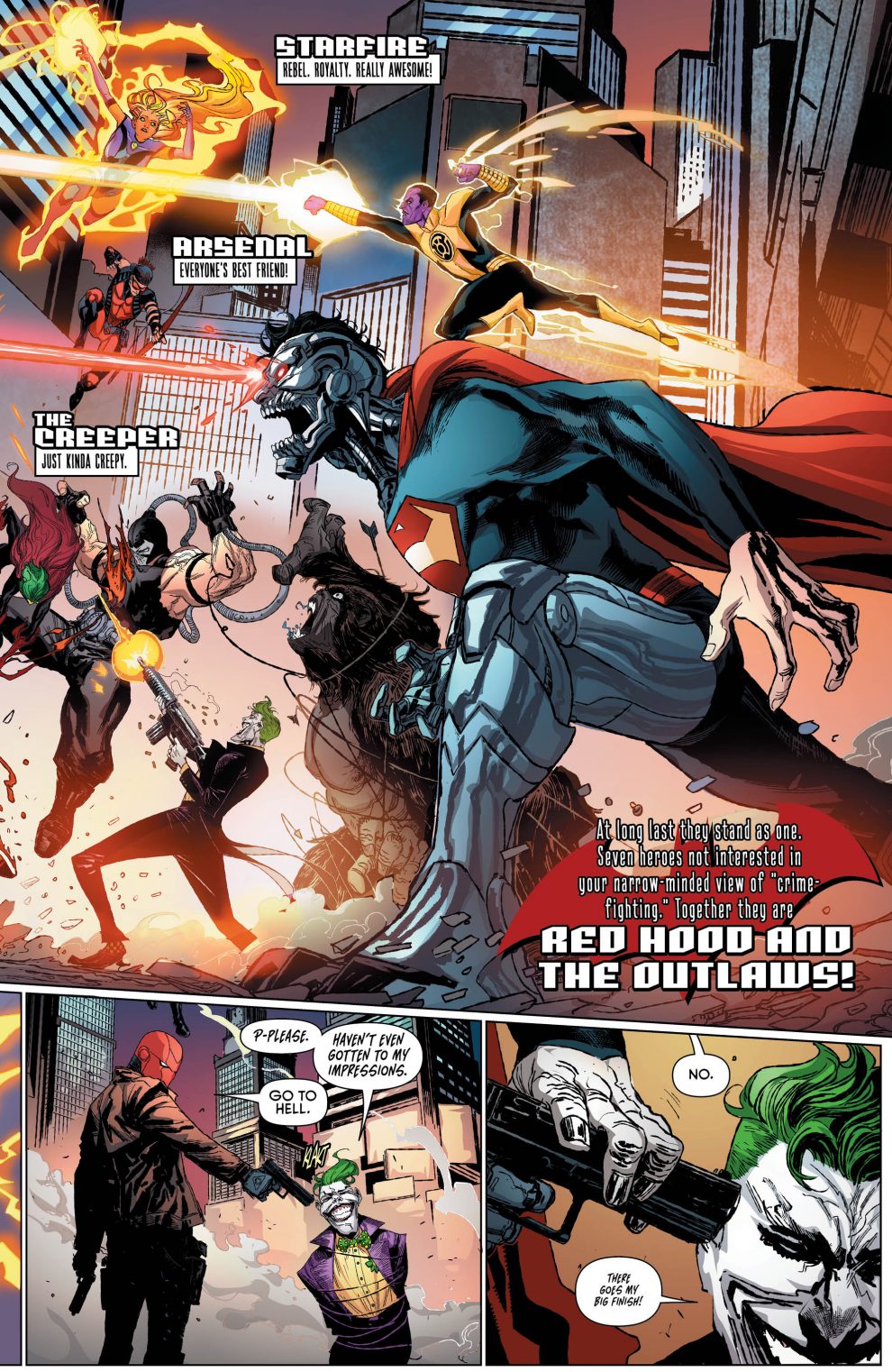 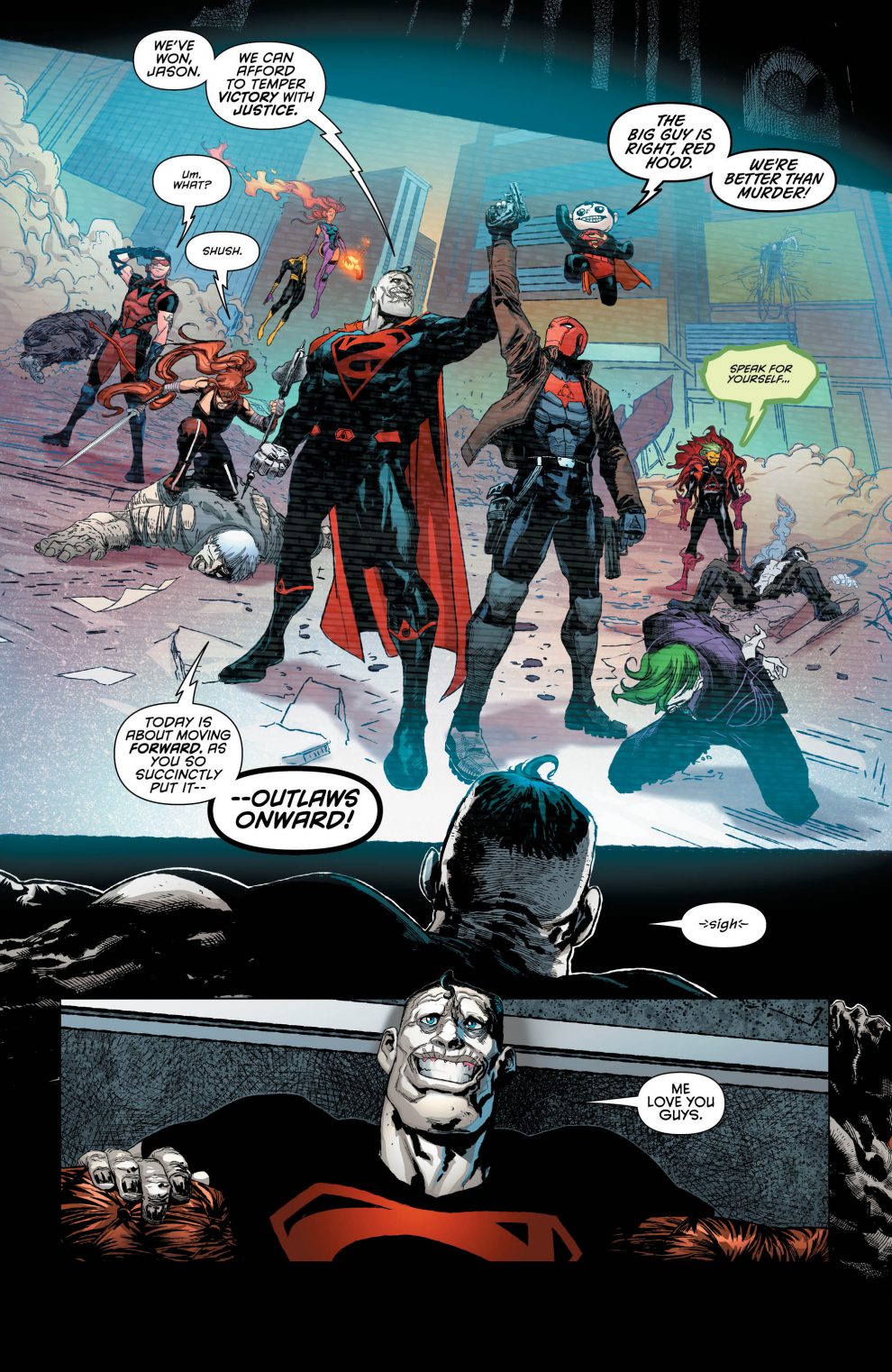 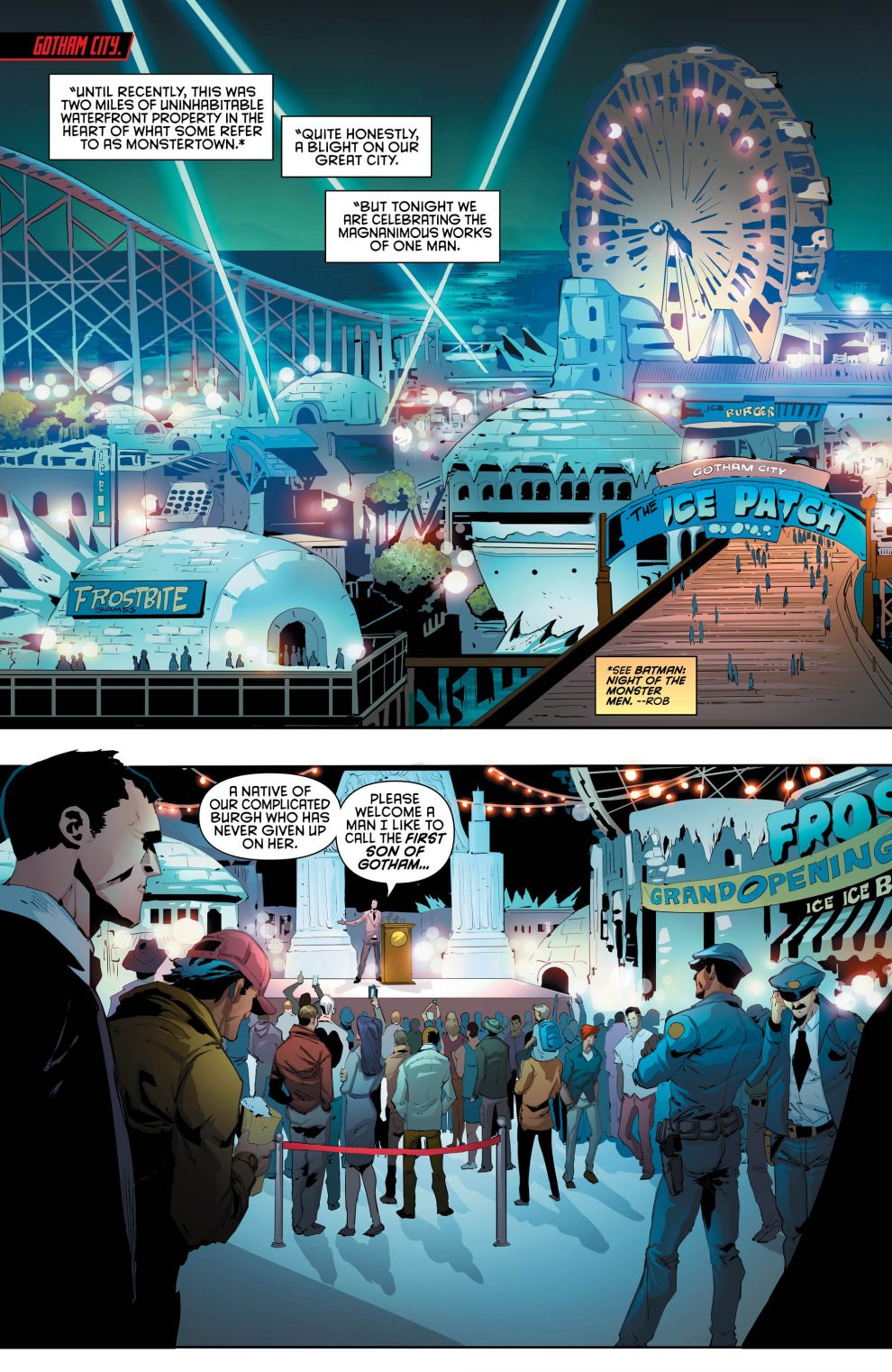 I don’t think it’s possible for Gotham to have a working seaside carnival without some kind of drama attacking it the moment it opens. A big surprise is that it doesn’t have anything to do with The Joker for once. The Penguin is sponsoring this funfair and it just won’t go smoothly given what Jason’s realized recently.
Unlike the last issue, where we saw how emotional Jason was reading the letters of his long dead father, we spend some needed time with his Outlaw teammates. We start with the team taking out familiar, malicious faces. Bizarro feels a great and preppy swell of team spirit, happy to have done the good deed together. This shared optimisim puts their base’s security system a little out of whack and Artemis is doing what she can to handle it.

Issue #23 was a somber look into an important character’s past. We learned a lot about Jason. Here, we see him act on it in truly shocking ways. Ways that warrant an intervention from someone very important. It will make reading issue #25 all the more exciting.