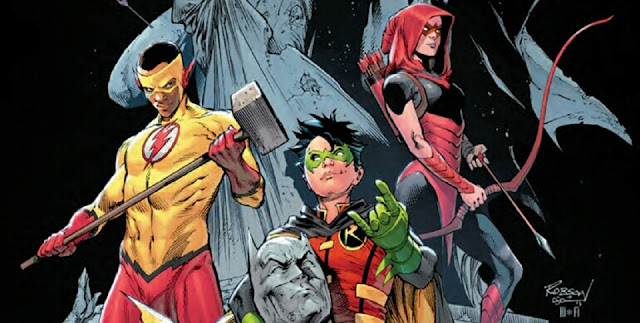 Damian Wayne is back on Earth after the cosmic events of Dark Nights: Metal and No Justice. His outlook on life, the universe, and everything has changed. Robin knows that the Teen Titans need to evolve too. Kid Flash and Red Arrow have also been on a voyage of discovery, learning that relationships can break down, as well as grow, and they have to roll with the punches. 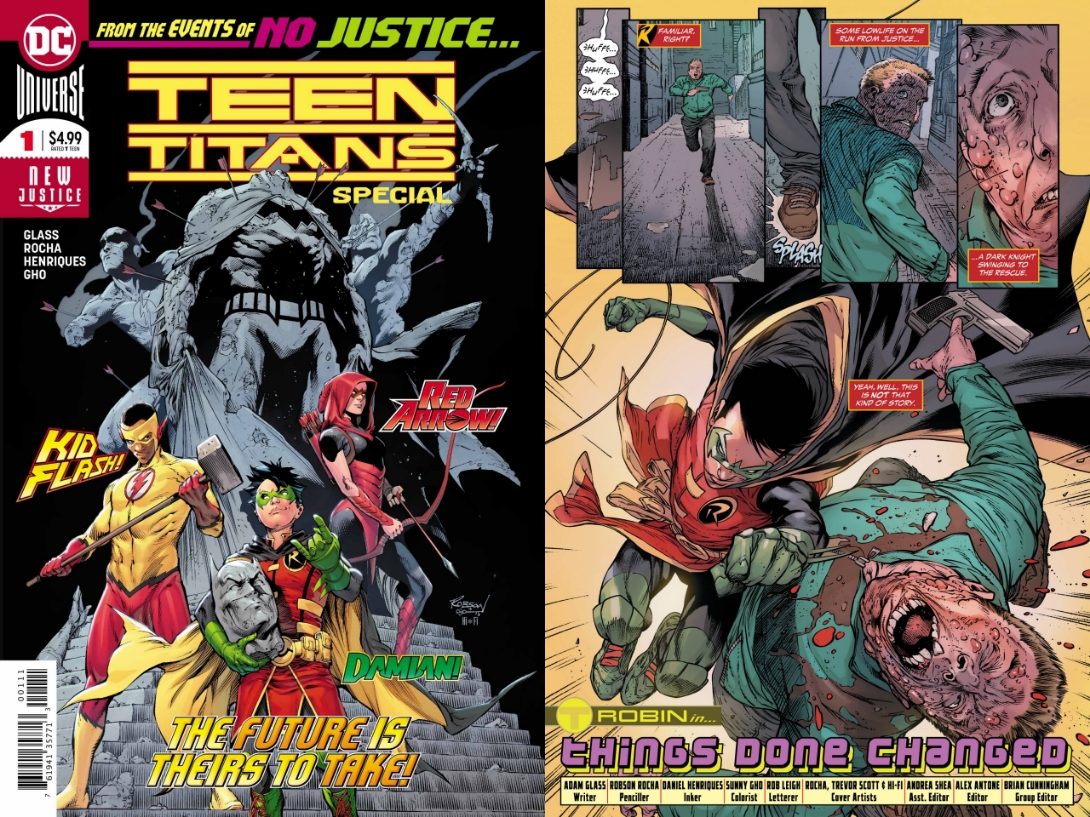 This issue certainly offers a lot of food for thought. The three main protagonists are all legacy heroes: Damian is the youngest of all the Robins; Wallace West follows Barry Allen, Wally West and numerous others who have worn the mantle of The Flash. Red Arrow follows Oliver Queen, Roy Harper and Connor Hawke continuing the legacy of the Green Arrow.
There comes a time when sidekicks need to go it alone; from Dick Grayson becoming Nightwing, to Wally West inheriting the title of The Flash, to Roy Harper growing up to become Arsenal.
Adam Glass writes these characters from the heart, with a lot of knowledge and affection. If this intro story is anything to go by, then I’m very excited for his ongoing Teen Titans series.
Robson Rocha, Daniel Henriques and colourist Sunny Gho have drawn a great comic. These characters look, and dress like teenagers. The city-scapes in the book are beautifully drawn, and the level of characterisation and diversity in their character’s facial expressions is gorgeous. I frequently found myself drawn into the detail on these pages, but never lost track of the narrative. The art is incredibly detailed, and atmospheric, but it flows and helps the writer tell his story. 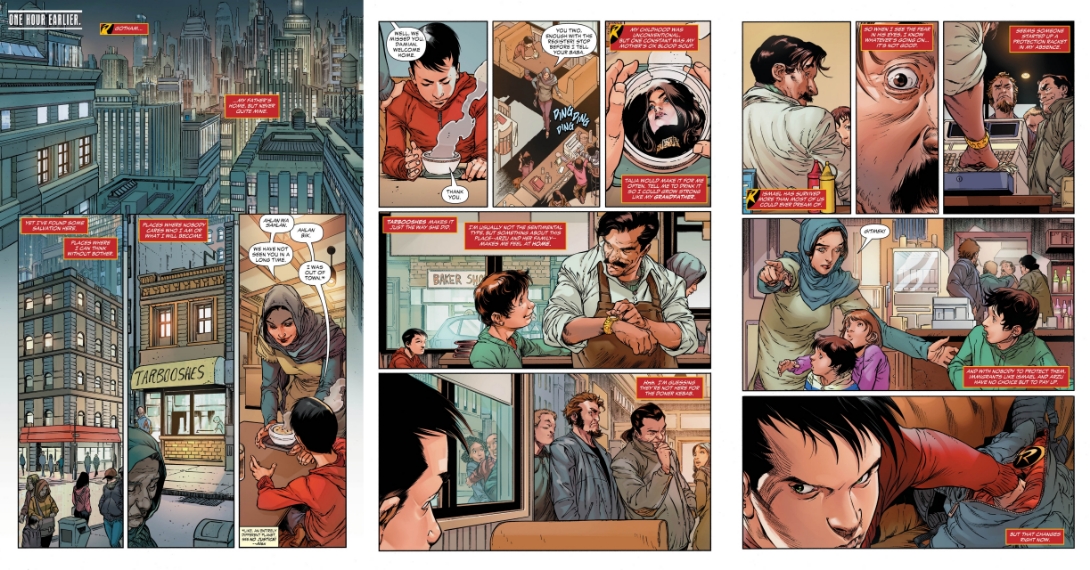 Without spoiling anything, the ending of the Robin segment of the issue left me unhappy. This may just be clever storytelling on the part of Adam Glass, though. I’m making assumptions as to how Damian left things with Black Mask, but a sound effect “Off-camera” isn’t conclusive, and may be a genius red-herring from a very crafty writer. 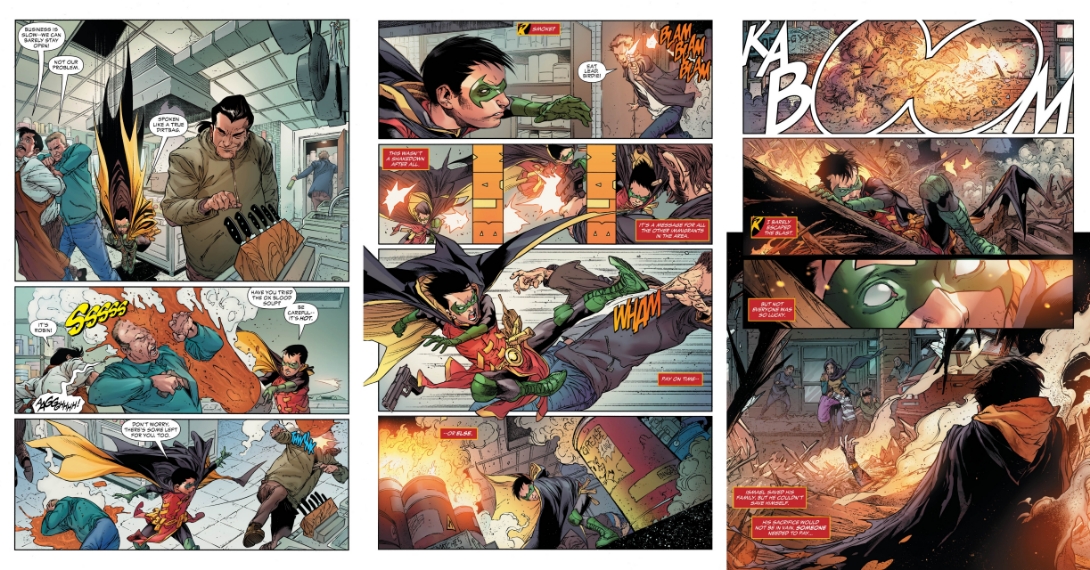 The quality of this issue warranted it being more than a stand-alone one-shot. This is the kind of comic that deserves to be the zero issue of an ongoing arc. I grew up with Marv Wolfman and George Perez’ legendary Teen Titans run, which hugely affected my character, morals and beliefs. This new version, if it’s handled as well as this issue was, could do the same for a whole new generation of readers.