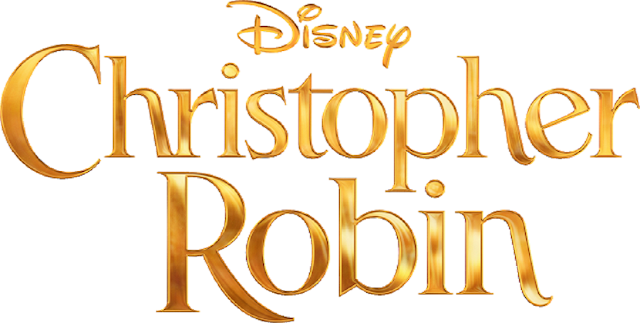 When you close your eyes  to imahgine Winnie The Pooh, what images pop into your head? A colourful, whimsical, innocent cartoon bear jumping and laughing? I bet it's something like that.

Well imagine that imagery through a very dreary, dark filter, then add some Silent Hill-esque settings and you get Christopher Robin.

If one has seen the trailer, then one can surmise the plot of the movie. Pooh's best friend, Christopher Robin grows up and loses his child-like perspective of the magic and wonder of life. A reunion with Pooh, Eeyore, Piglet, Tigger, Owl, Rabbit, Kanga, and Roo shows the adult Robin the importance of being childhood.
The plot is not new. It is not even new idea for a Disney property. 991's Hook had the exact same premise with Robin Williams as a grown up Peter Pan. Unfortunately, Christopher Robin does not have the same rousing adventurous tone or star power as it's predessor.

Of course, it is also missing Rufio. But then again, every movie not amed Hook is weaker for not having Rufio in it.

The idea of Robin rediscovering his childhood is not a bad one. The scenes with Pooh are genuinely touching. Played by an exasperated-sounding Ewan McGregor, Robin is a business man who prioritises his work over his family.
The film takes the time to document what changed Robin. Whether it be boarding school, the death of his father, or fighting in World War II (!), Robin's innocence was stripped away bit by bit. In fact, the film does almost too good a job at showing that. It almost makes one wonder how did he ever woo a woman like Evelyn (Haley Atwell) at all. 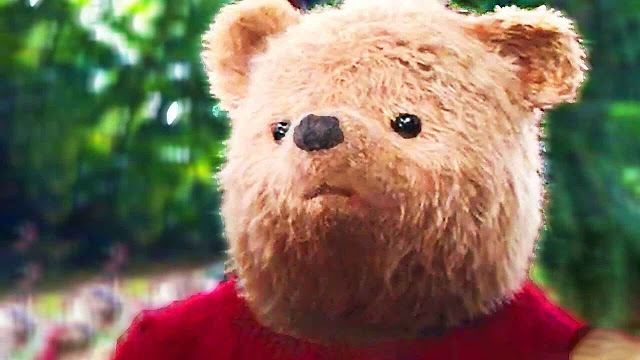 Pooh is the Best Part

It is not a huge spoiler to say that Winnie the Pooh's reunion with Robin is the catalyst for his character change. What genuinely makes Pooh great is that he retains that child-like innocence and sense of wonder, despite experiencing many lonely years.

He is charmingly simple-minded and effervescent. Pooh wanders around London oblivious to its modern day contrivances and culture. The 'fish-out-of-water' scenario could easily set Pooh up as an idiot, but every question, observation, and statement Pooh says has the tinge of truth in it. This makes Pooh's naivete enduring. It also helps that the film brought back Jim Cummings as the original voice of Pooh and Tigger.

Unfortunately the same can't be said for the rest of the 100-Acre Woods cast. Almost everybody else who is not Pooh and Christopher Robin gets sidelined or dropped without explanation. Because of that, top talent like Brad Garrett (Eeyore), Peter Capladi (Rabbit), and Toby Jones (Owl) do not have much to do. Even Robin's family is sort of forgotten until the plot calls for them.

Things People Don't Expect from a 'Winnie the Pooh' Movie

What makes Robin super weird is its tonal shifts. It goes from bittersweet child's movie to serious drama, to horror, before going back to child's movie. Seriously, there are some scenes where the 100-Acre Woods is deserted and Christopher Robin is lost in this eerie, fog-filled setting. It also transitions into a sort of disturbing dream sequence. That is definitely something I never thought I'd see in a Pooh film.

Structurally, the movie is odd too. Robin's character arc is actually resolved three quarters of the way into the film, leaving the movie struggling to come up with another conflict to fill in the final stretch. While not bad, it is certainly strange.

Christopher Robin's overarching theme of childhood wonder being important, even in adulthood, is a noble topic. Sadly, in this film it is hampered down by unusual creative choices, and story structure.