“On The Outside” – Part Three 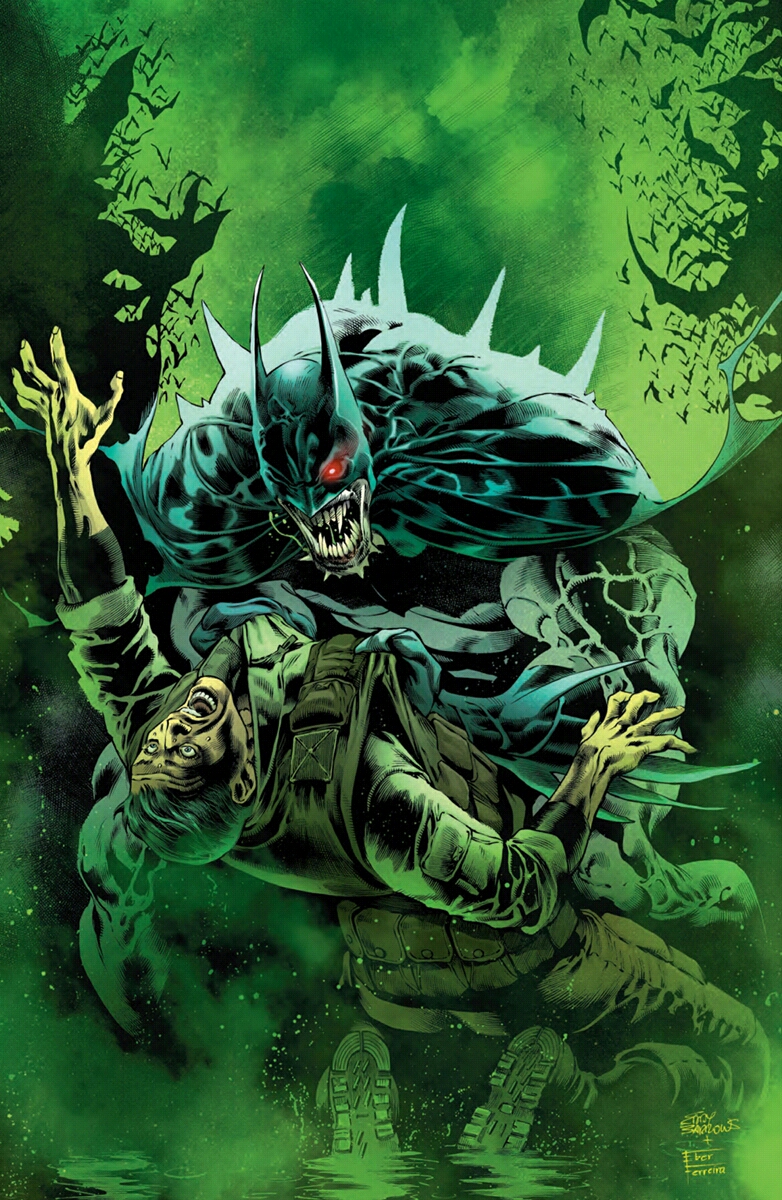 Writer: Bryan Hill
Artists: Philippe Briones & Adriano Lucas
Review by Steve J. Ray
Detective Comics #985 (Or: The Legend Of Karma, who he is and how he came to be). This is the one we’ve all been waiting for… at least I know I have! In the first two chapters we met the new villain, but now we finally get to see Batman through his eyes. The view is not the one that I was expecting. Karma has targeted Bruce’s proteges, leaving Black Lightning to pick up the pieces
Writer Bryan Hill really is weaving a very complex web. Karma is actually trying to help the Dark Knight, by killing everyone that he works with. The level of this criminal’s obsession has our hero doubting himself, and that could be the most troubling aspect of the whole narrative.
The way that Mr. Hill leaves no doubt as to how awesome Batman is, yet shows the vulnerability and humanity of the character are testament to everything that ever made me love this most amazing of comic book creations in the first place.
It’s not just Batman that’s getting his time in the sun, either. Alfred, Batgirl, Orphan, Duke and Black Lightning are shining bright too. The way this writer shows a deeper understanding of all these heroes with just a few sentences of dialogue, than many others have with years of ongoing storylines show us that he’s a real comics fan. His love of these characters is clear, but so is his skill as a professional writer. In the hands of a lesser author this story could have become the most dreadful fan-fic, instead we have a love letter to the entire Dark Knight mythos. 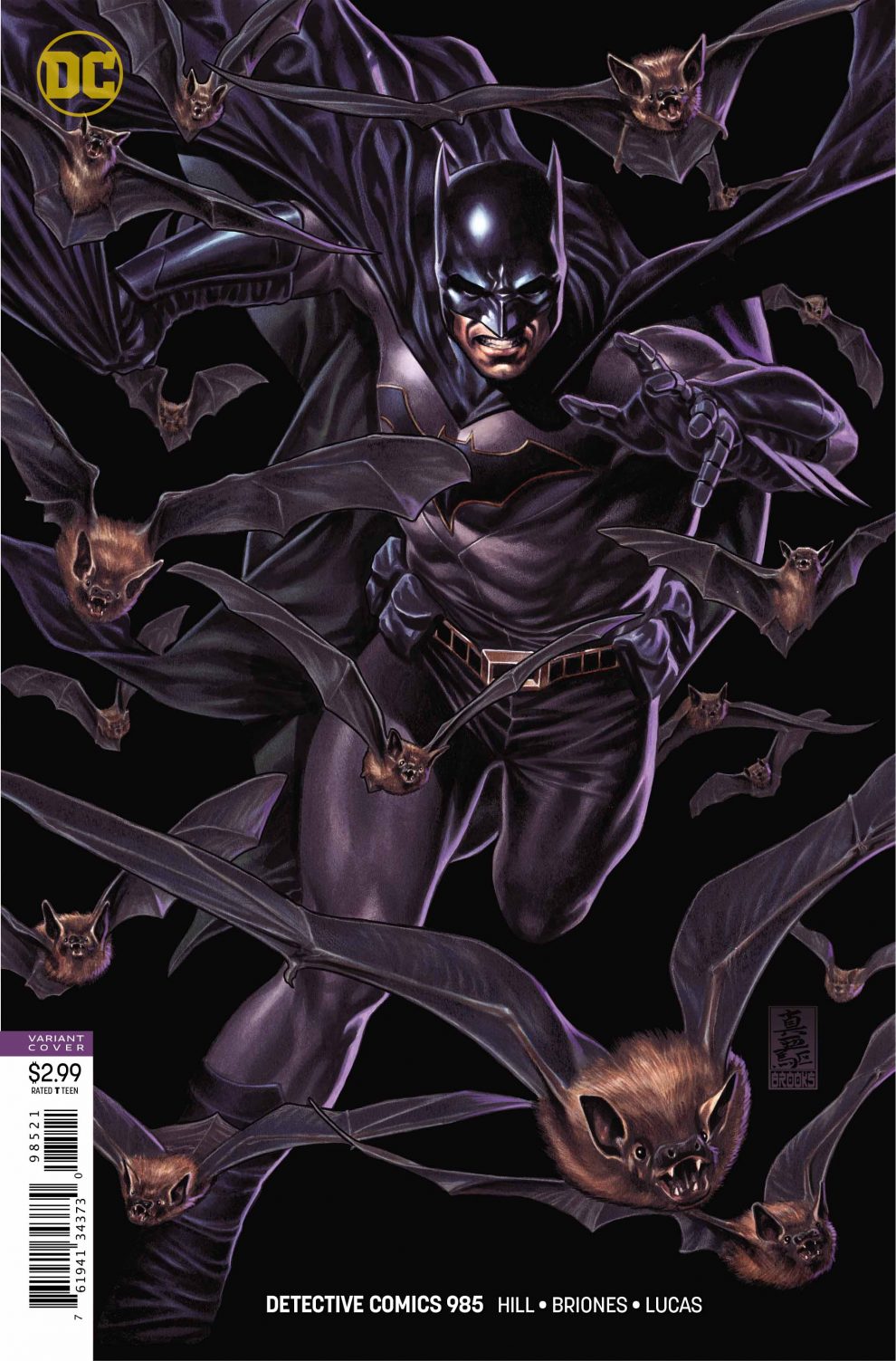 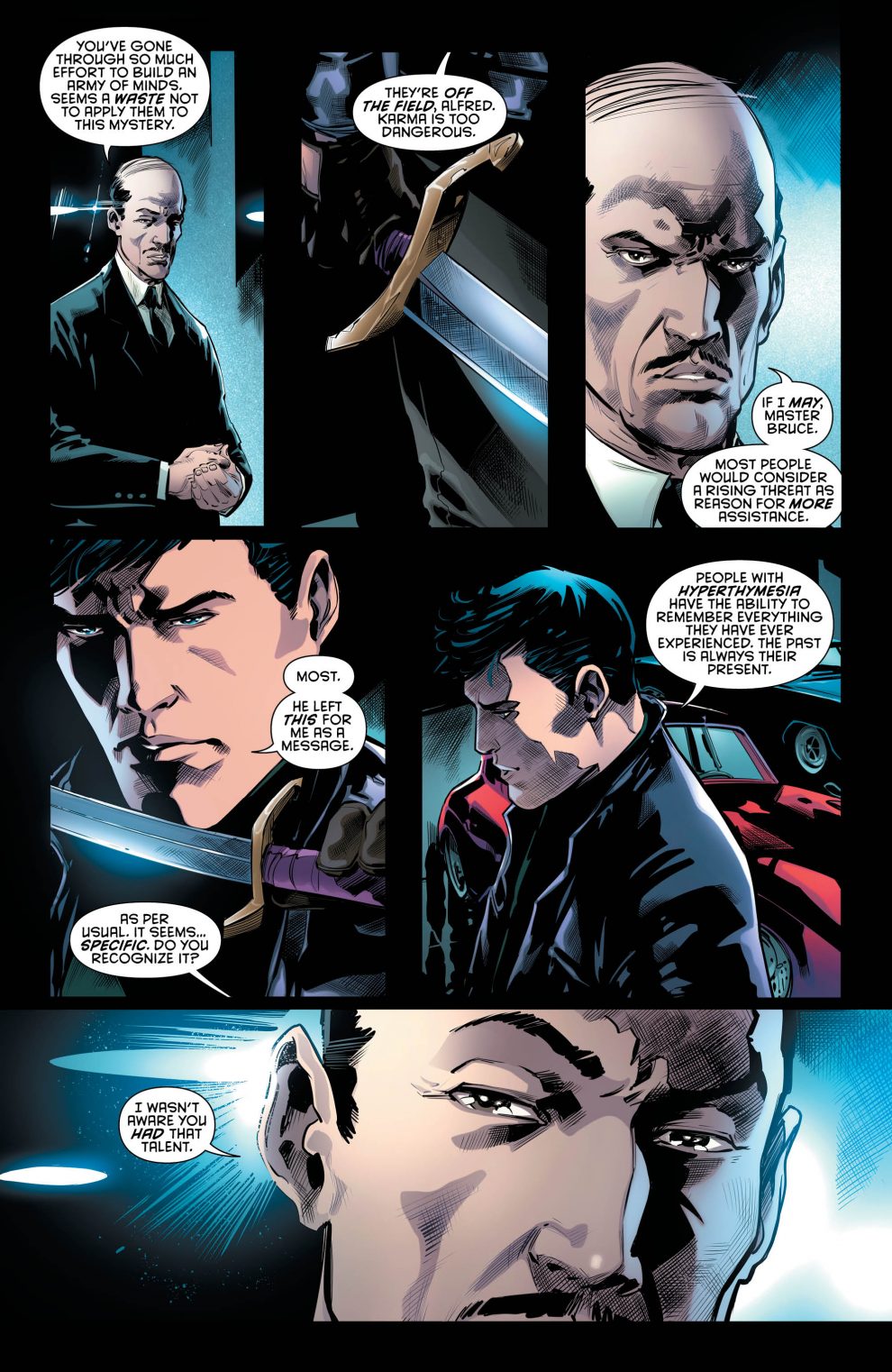 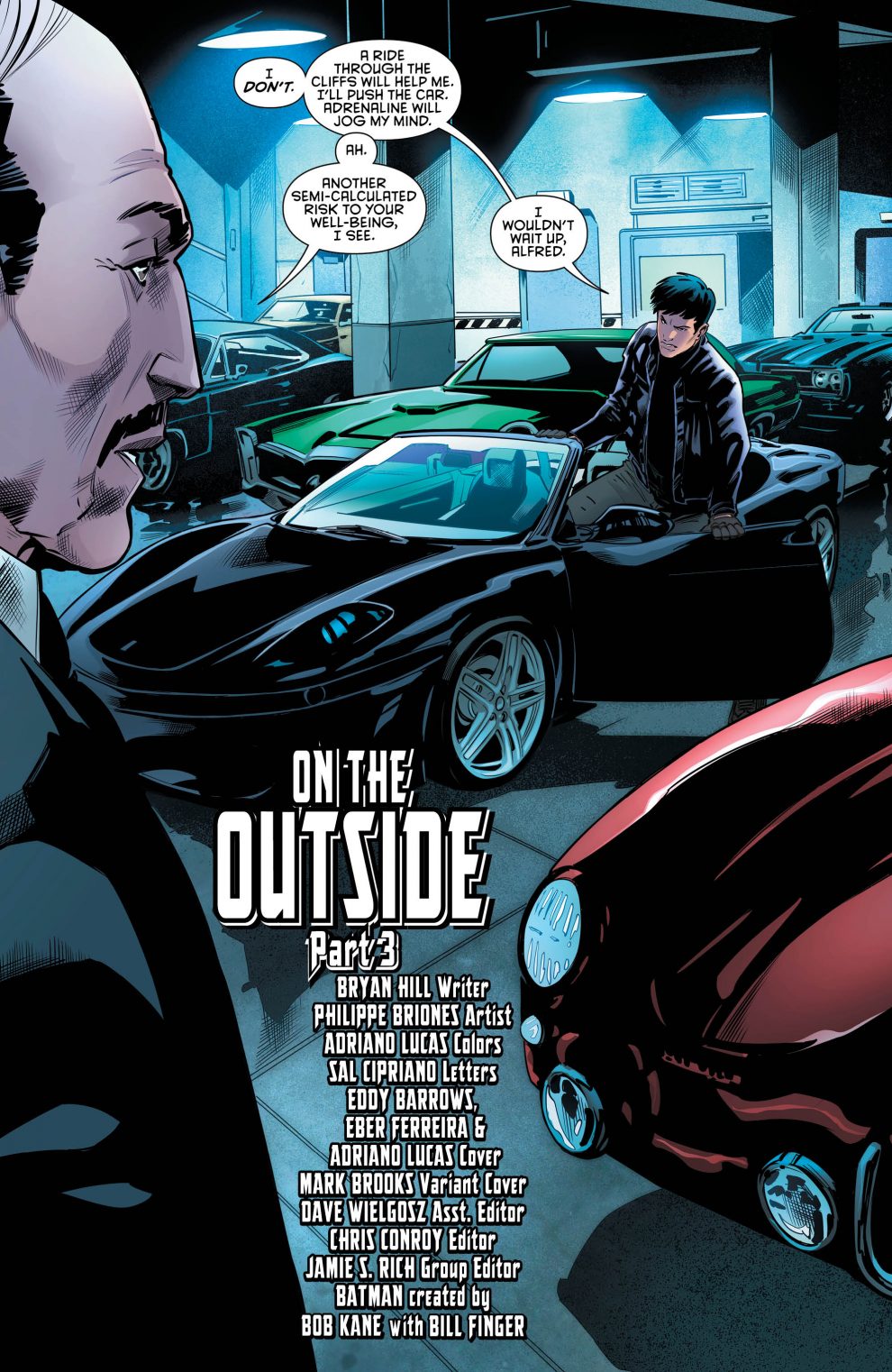 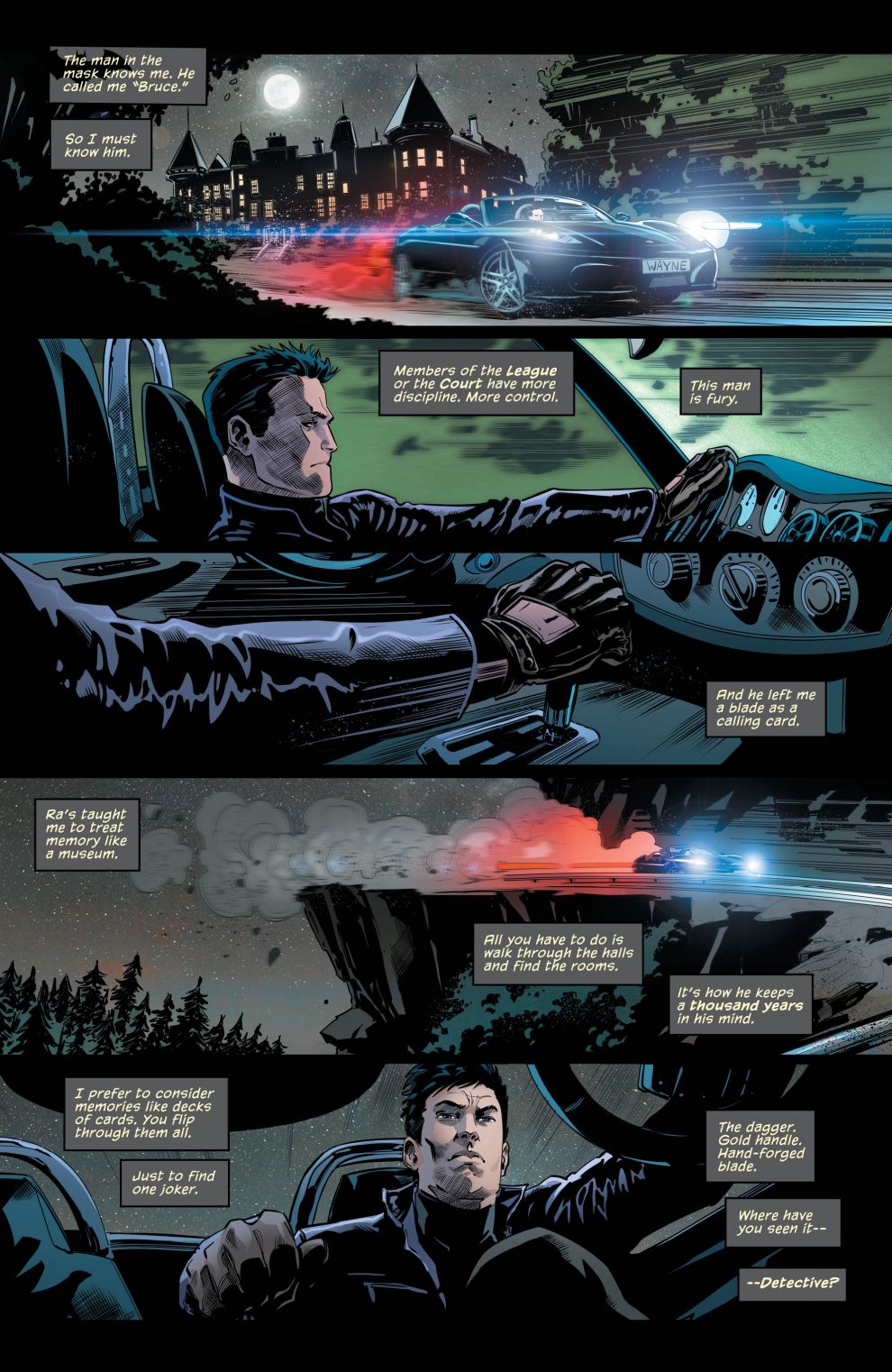 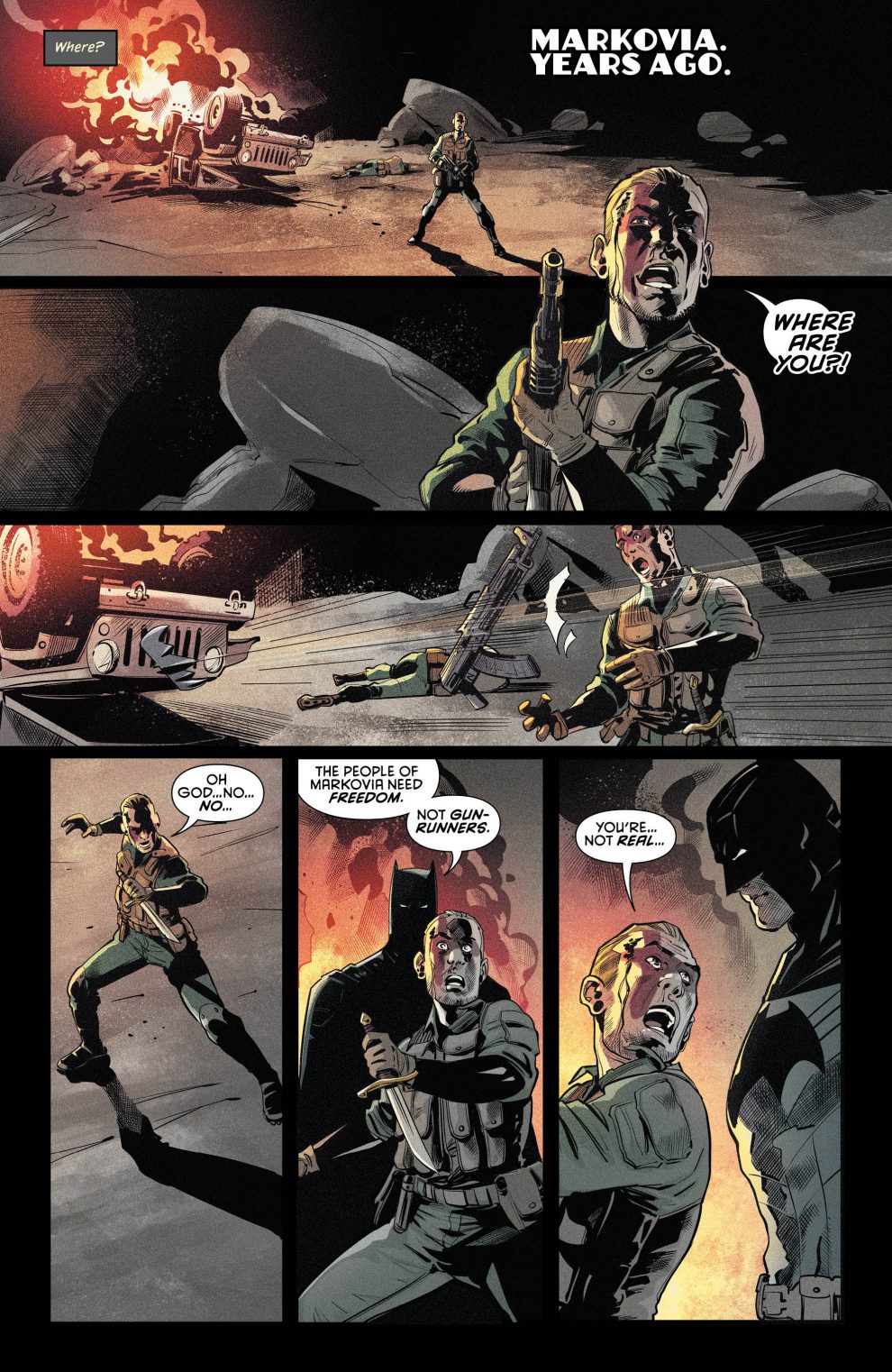 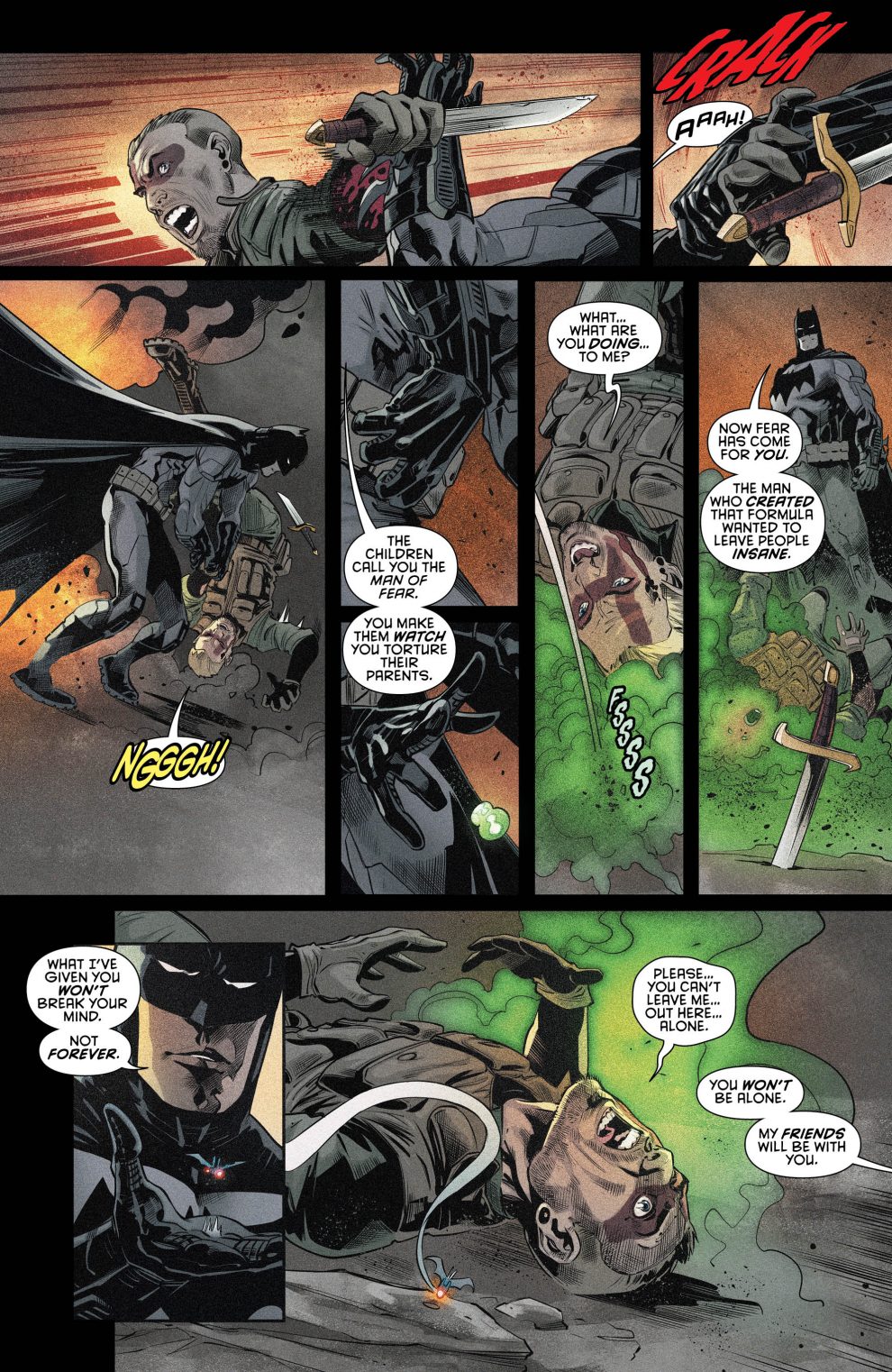 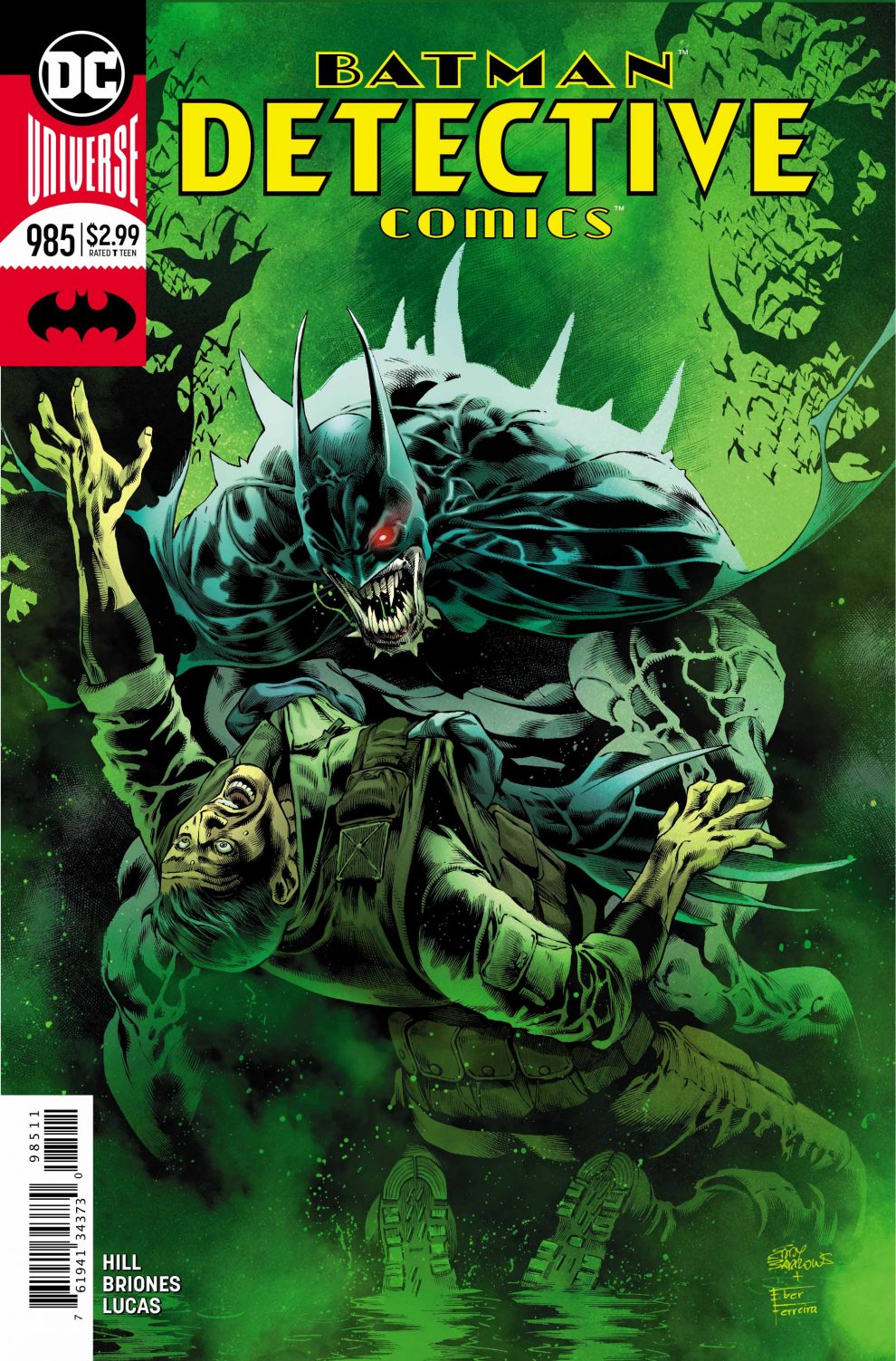 Jefferson Pierce: Alfred, you have a minute? I have a feeling you’re the glue holding all this together. Can you tell me about him?
Alfred Pennyworth: I’m happy to entertain a question, Mr. Pierce. As long as you’re patient with the possibility I can’t answer it.
Jefferson: Why does he want me here? He can call anyone. He can do anything.
Alfred: Master Bruce is a remarkable man, but he is only a man. He has considerable resources and the will of a titan, but The Batman is an idea that’s powered by frail flesh and blood. From what I understand, you are powered by quite a bit more than that.

Brilliant.
Artists Philippe Briones and Adriano Lucas are no slouches either. Alfred’s penetrating glare and knowing looks, Bruce Wayne’s night time road trip, three young heroes and their new teacher. Every scene is beautifully laid out, every expression real and every situation expertly delineated. Even seeing these characters sitting on a couch and arguing is engaging, due to the emotion evident on their faces and the brilliantly drawn body language. Gorgeous work from an incredibly talented pair of artists.
Adriano’s use of color in the night scenes, with screeching tyres and the flare of brake lights, and Batman vanishing into the mist, all stand in stark contrast to the glaring daylight of the pages that follow. Terrific work.
As always the sultan of sound effects, Sal Cipriano, delivers unobtrusive, scene enhancing rockin’ rotulations. His letters are truly part of the art, helping enhance the work of not just Philippe and Adriano, but also Bryan Hill’s stellar script.

The cards are on the table and ultimatums have been delivered. Karma is clearly luring Batman into a trap, not just physically, but psychologiacally. We all know that Bruce will answer the call, but at what cost to himself, and to the family of crime-fighters that he’s building?
I cannot wait to find out.