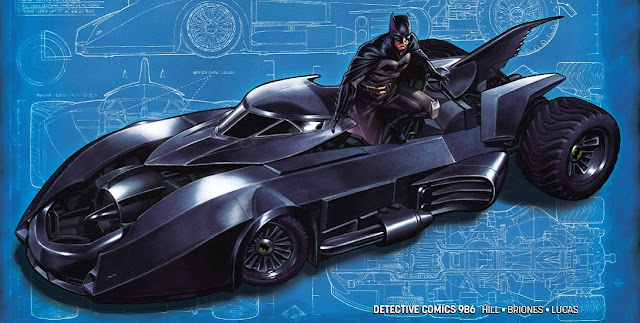 “On The Outside” – Part Four 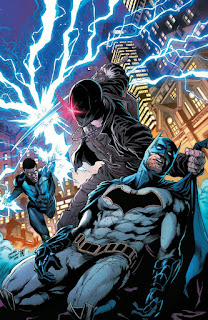 So, we have reached the penultimate chapter of Bryan Hill’s excellent run on Detective Comics. I have to say that the fourth instalment of “On The Outside” ramps the action up to 11, and finally gives us the one on one Batman Vs. Karma fight that we’ve all been waiting for… and what a fight it is!
This story is delivering one of the deepest, most well-rounded and accurate depictions of Batman I’ve ever read. This is a huge task, as I’ve been reading the Dark Knight’s adventures for over 40 years, and have a complete collection of both Detective Comics and Batman going back for over over 30 of them. Bryan Hill knows Batman, and – more importantly – understands him.
In recent years Bruce Wayne’s alter-ego has come to be depicted as infallible, and unbeatable. If this were the case then Batman’s adventures would be very boring indeed. No, Batman can be beaten, he can fail… but he will not stay down for anybody. Batman will always find a way to win. His vulnerability, his humanity and his indomitable will are what makes him my favorite comics character ever.
The other thing that Mr. Hill has so admirably demonstrated in just four issues, is that Batman’s actions have consequences. Like James Tynion’s Victim Syndicate, Karma is the direct result of some of these actions. Here is a villain that terrifies me, but I still feel for him. You need to buy this issue even if it’s  just to see him unmask… wowza. 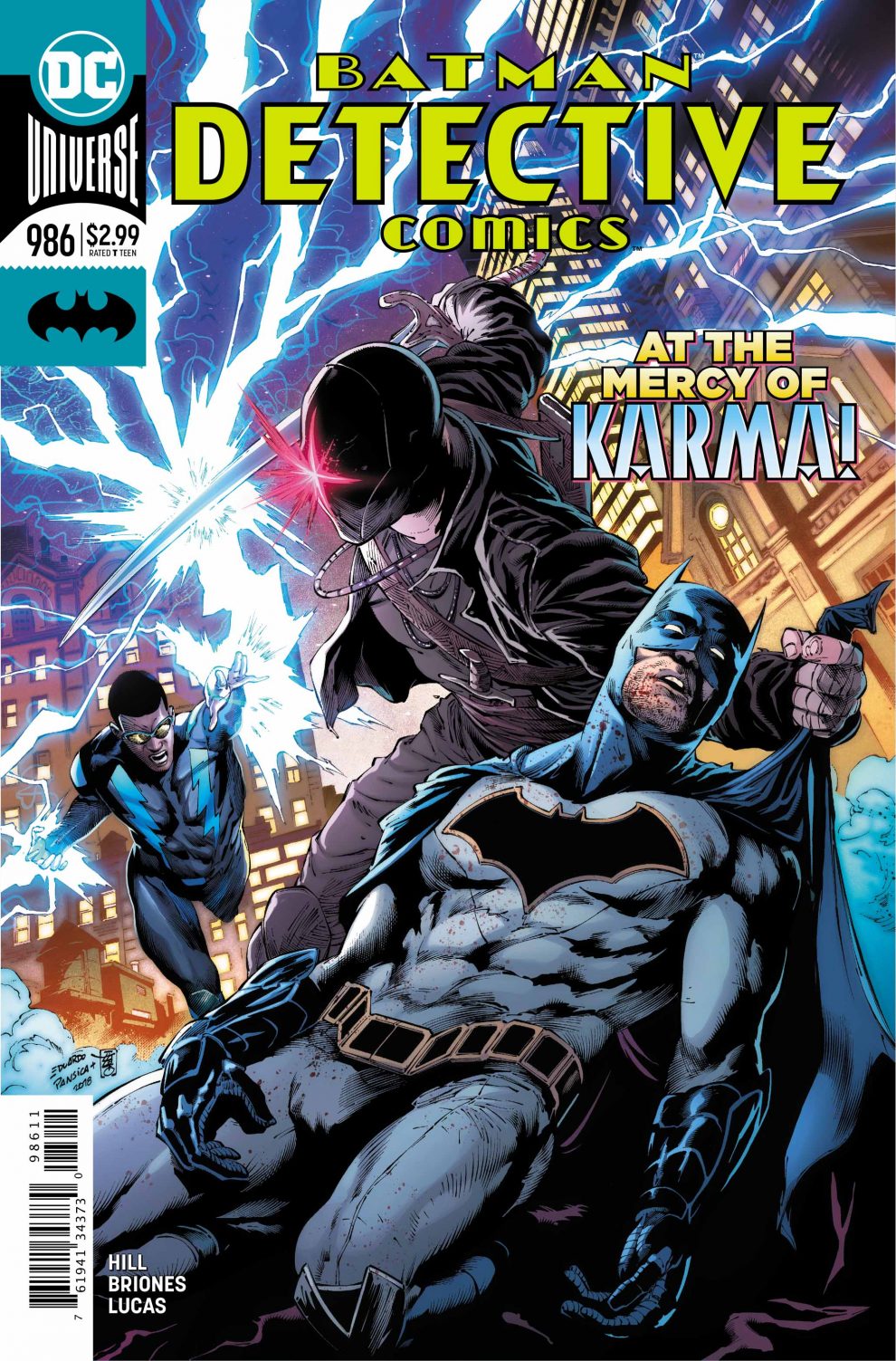 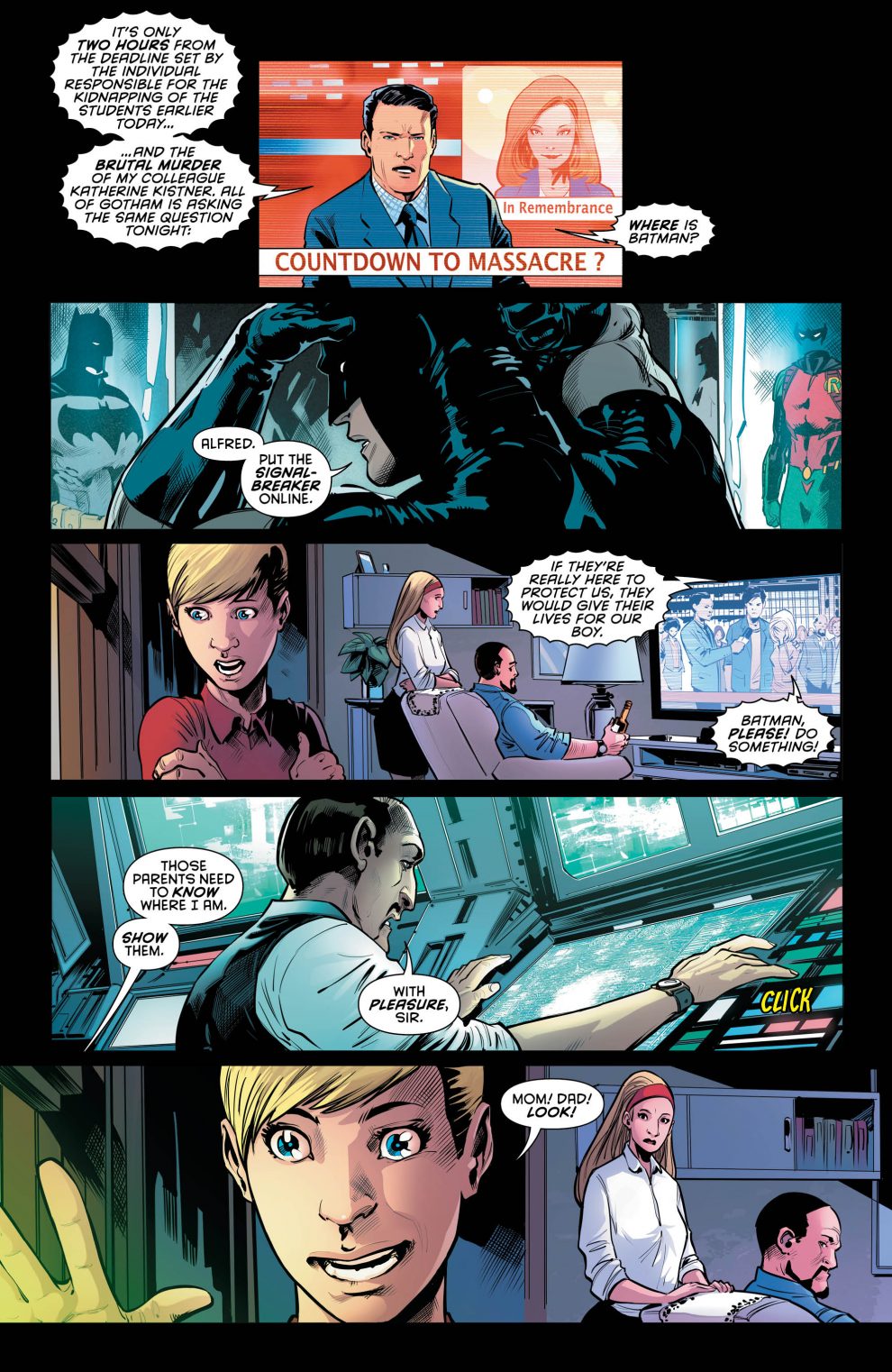 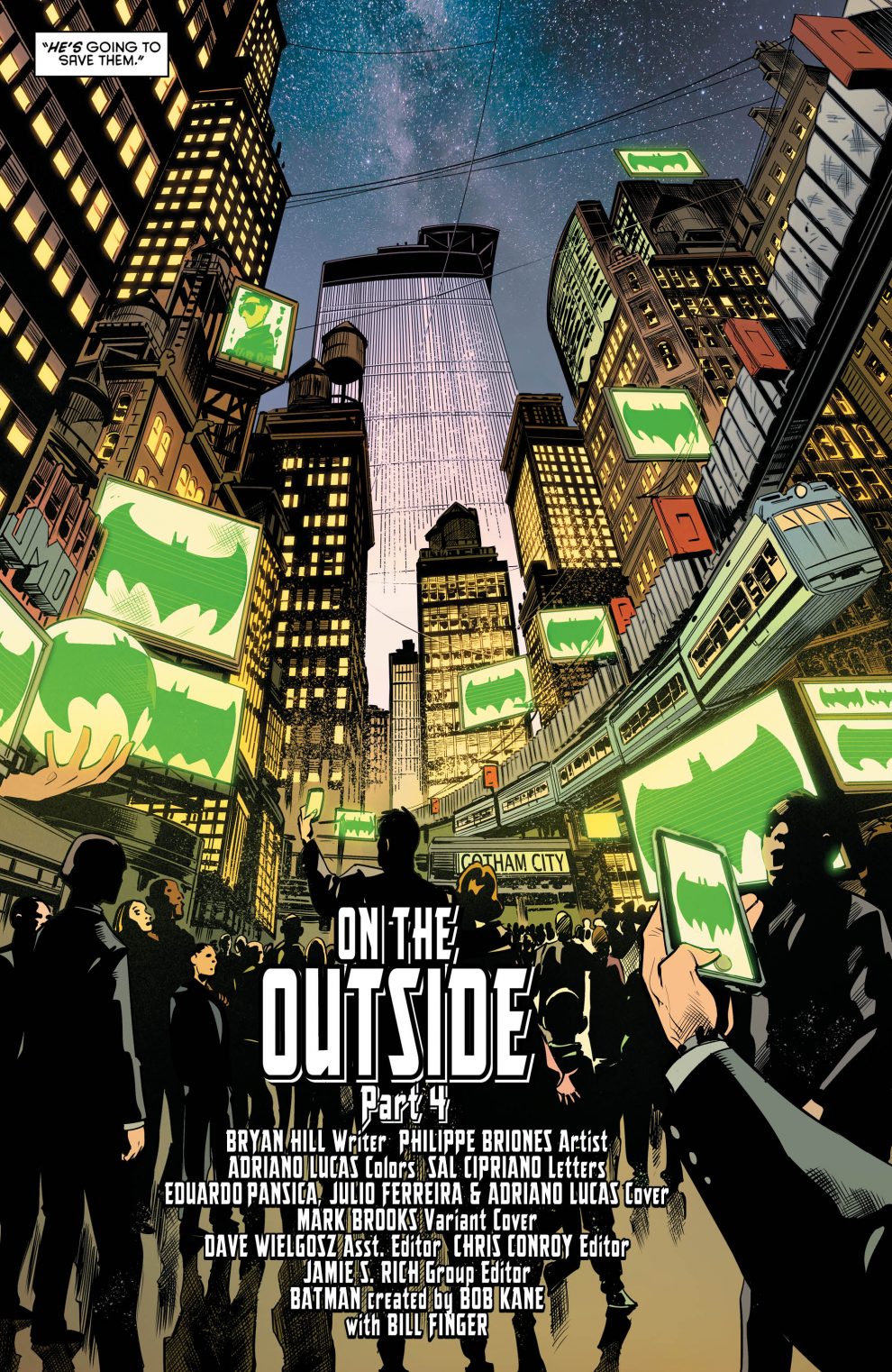 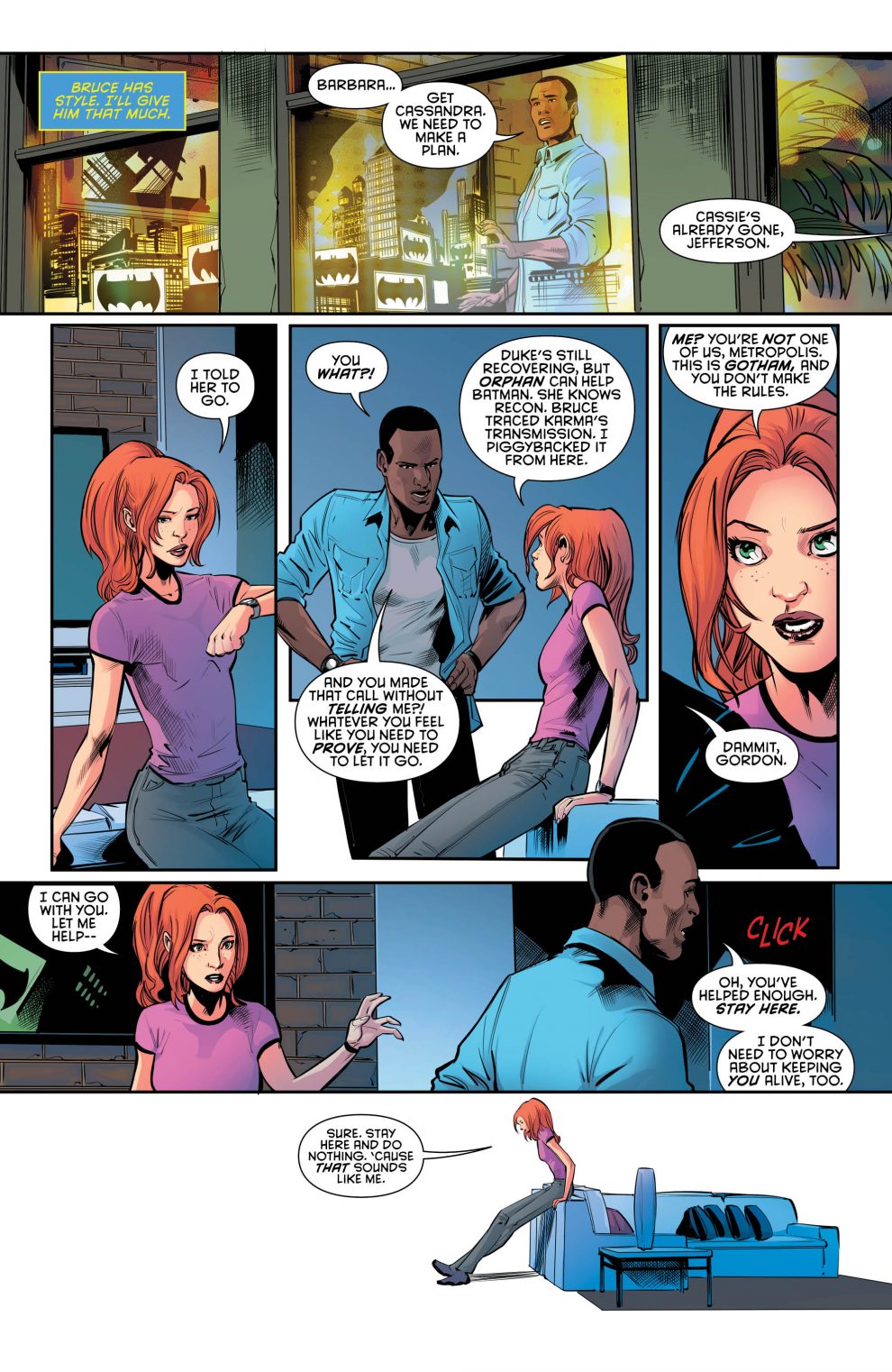 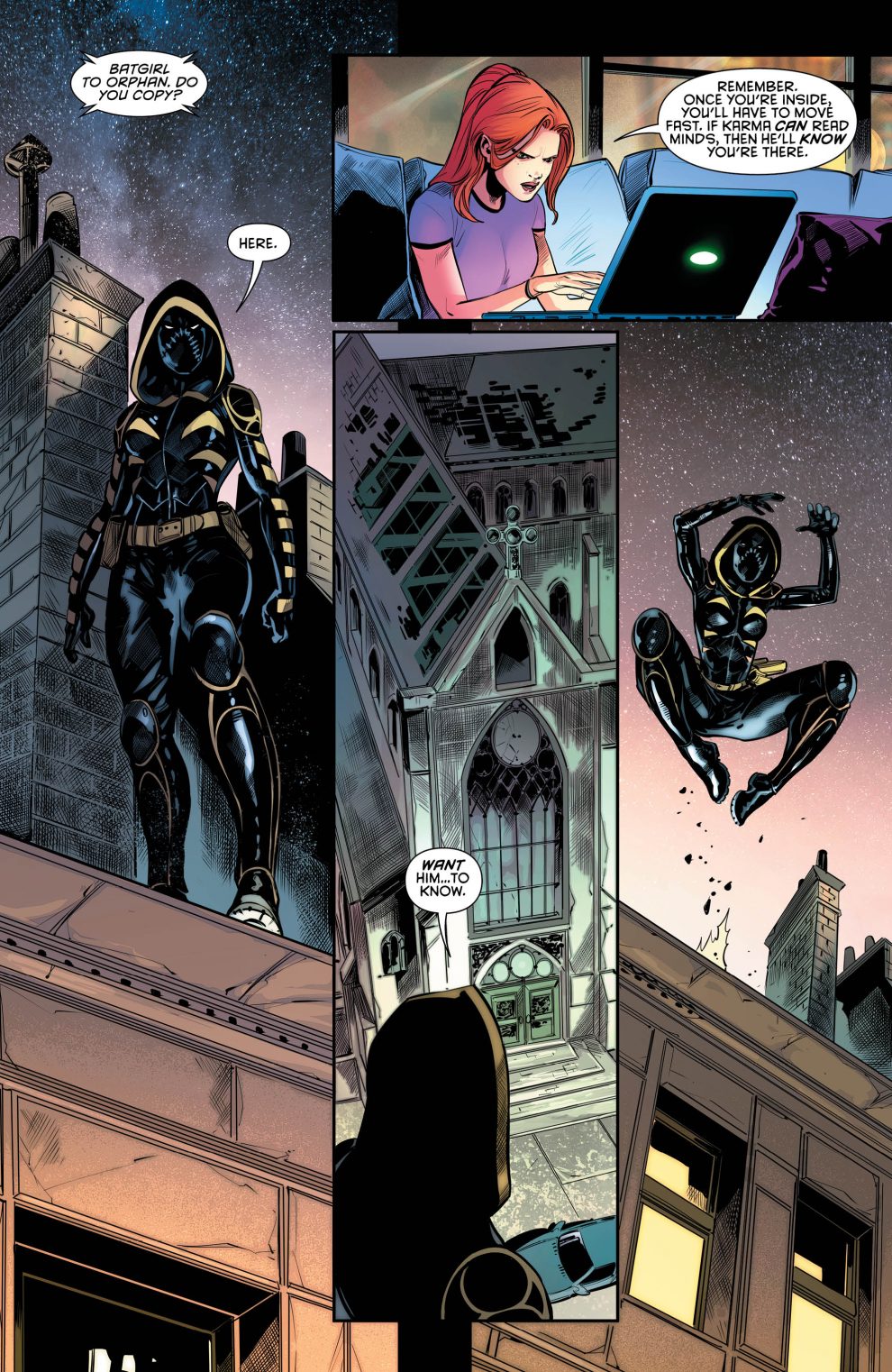 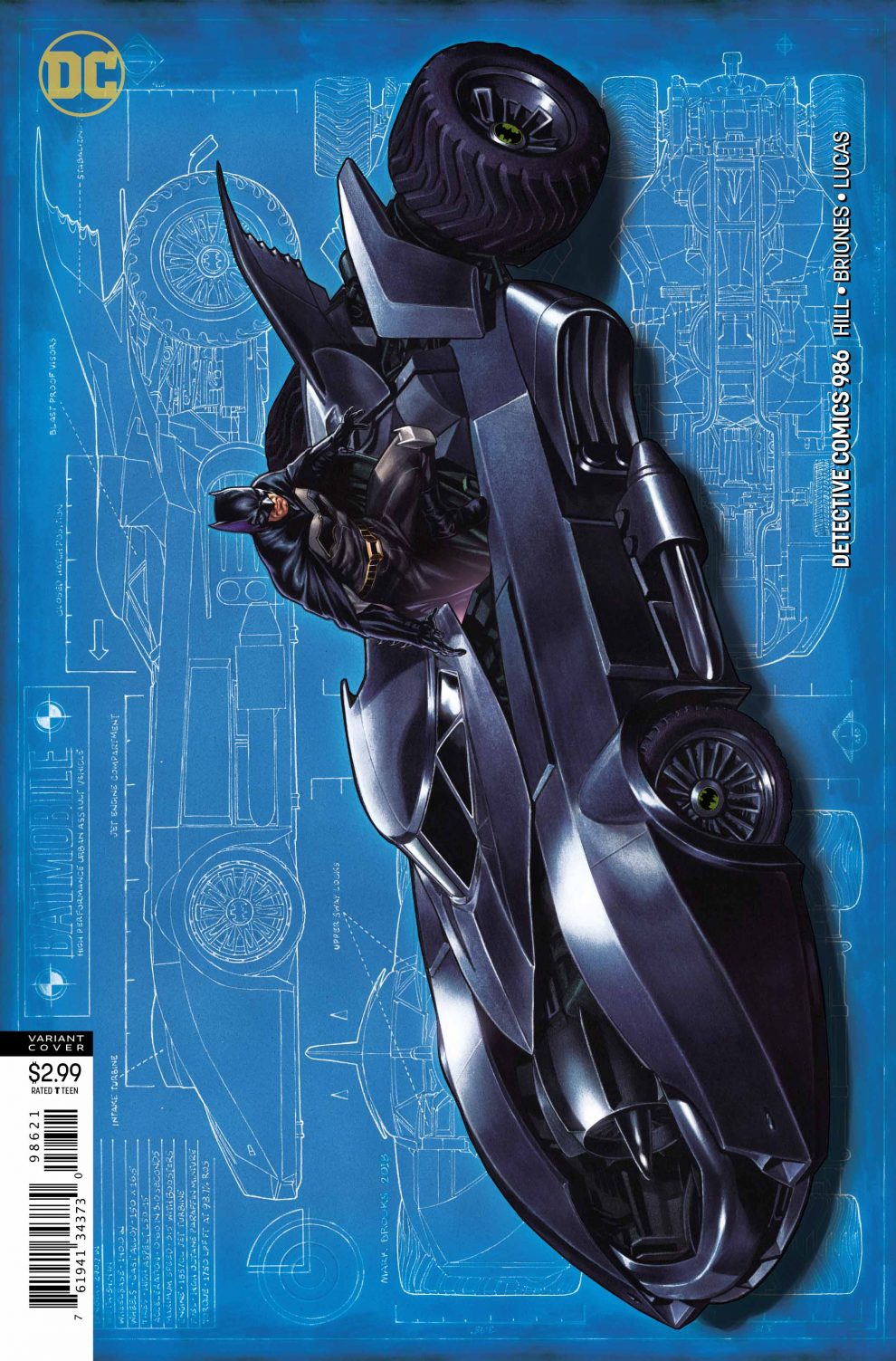 On The Outside Looking In

Once again the incredible art of Philippe Briones and colorist Adriano Lucas elevate the final product from great to comics excellence. From the look of concern becoming a wide eyed vision of hope on the face of the girl watching TV with her family on page one, to the blistering action that follows, the art in this issue is – pardon the pun – electric! The action sequences pitting Batman, Orphan and Black Lightning against Karma are a masterclass of comics entertainment. Bat signals on every screen in Gotham’s Times Square, an angry redhead and a kick-ass ninja chick. Talking heads, whirlwind martial arts and everything in betwen; Philippe and Adriano give us crisp, detailed line art gloriously complimented with gorgeous color.
Eagle-eyed readers, look out for Christian Bale’s, Michael Keaton’s and Adam West’s Batmobiles making an appearance in the Batcave. What a great touch!
Baron McBubble Sal Cipriano has also stepped his game up. Don’t think I didn’t notice your experiment with the use of gray gradients in the double word balloons, Mr. C! This extra layer of depth, adding a slight 3D effect to Karma’s dialogue, is a nice touch. Kudos!

This series continues to deliver. I foresee a final chapter that will end this story arc with a bang, adding thunder to all the lightning we’ve already witnessed. The surprise guest arrival in the Batcave on the final page had me grinning from ear to ear. Now that’s a sharp edged cliffhanger, and no mistake. I am excited for and dreading Detective Comics #987 in equal measure, as  I can’t wait to see how this all ends, but will really miss this terrific creative team. 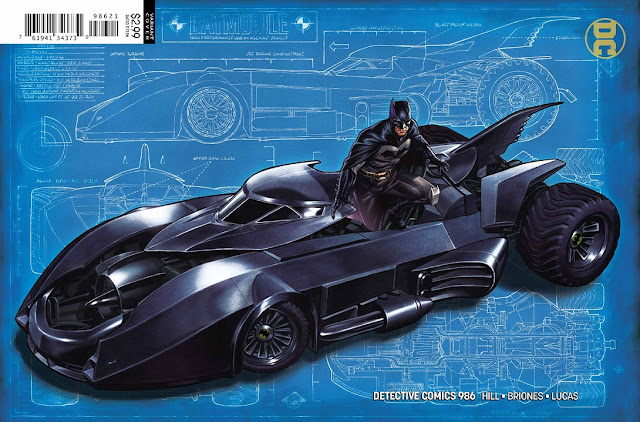