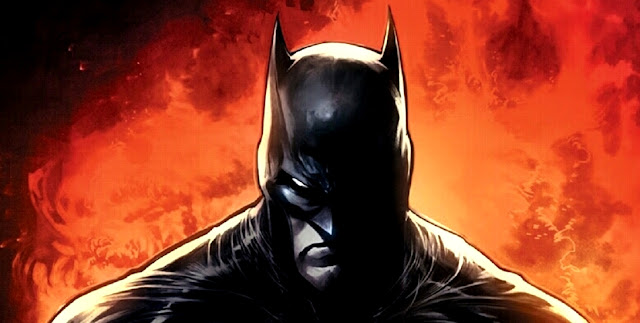 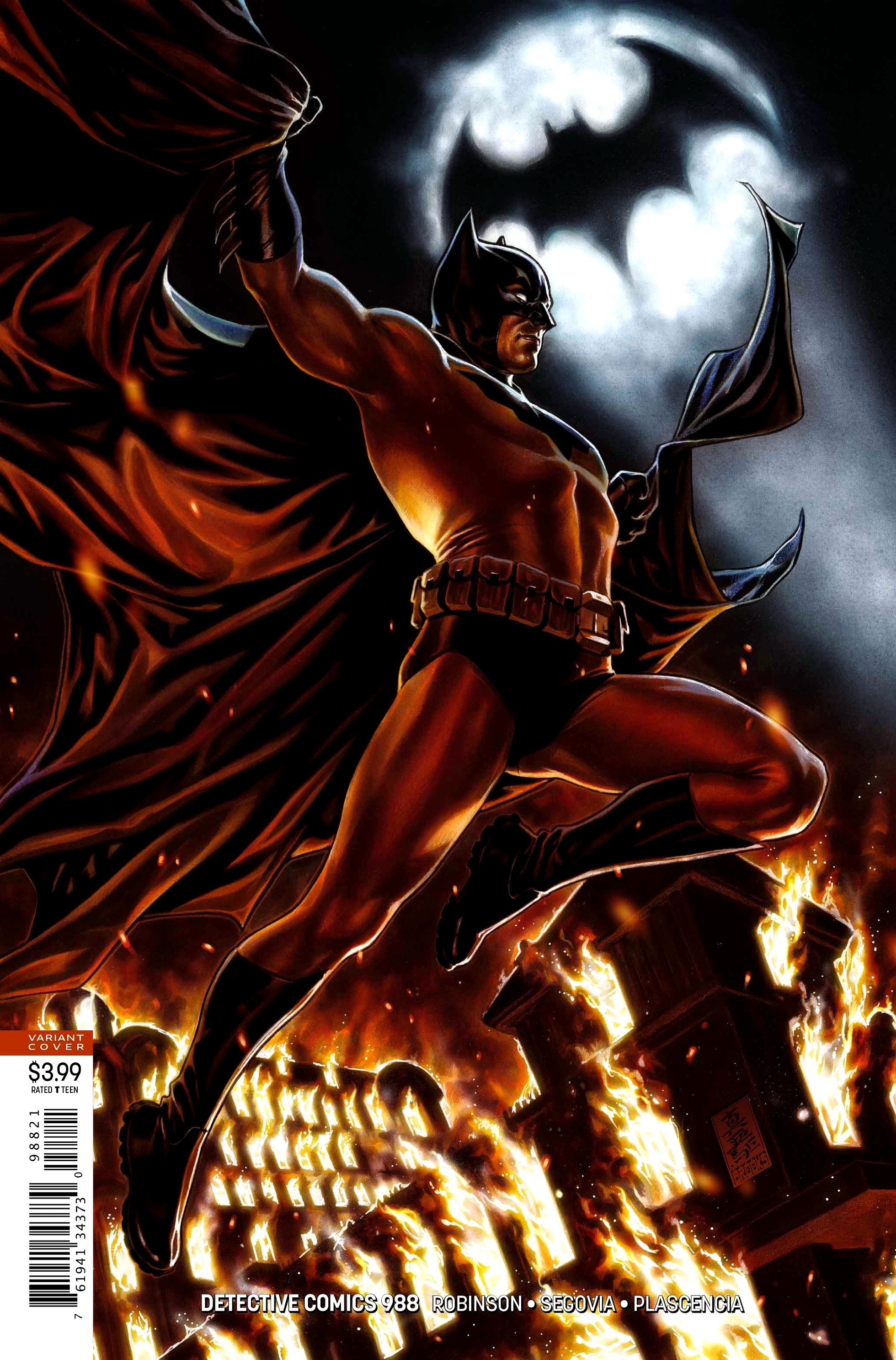 Writer: James Robinson
Artists: Stephen Segovia & Ivan Plascencia
Review by Steve J. Ray
We are now just 12 issues, 6 short months, away from the landmark 1000th issue of Detective Comics. This series is the longest running DC title as well as the comic that gives the publisher its name. Now, hold on, I hear you say, Action Comics hit 1000 issues a few months back, how can ‘Tec be the oldest series?
Let me explain.
Detective Comics Vol. 1 #1 was published with a cover date of March 1937, pre-dating Action Comics #1 by 15 months. The reason that Action has already passed the 1000 issue mark is that for a part of the 1970s Detective only released one issue every two months, and Action became a weekly title between June 1988 and March 1989, so was releasing four issues per month for almost a year.
All clear? Great. History lesson over (for now).

The Road To Detective Comics #1000

It’s no secret that since the DC Rebirth this book has been incredible, and I’ve been the writer fortunate enough to review it. James Tynion IV gave us one of the finest runs this title has ever seen, Michael Moreci then delivered a classic one-shot horror story, and Bryan Hill has just completed a stellar five issue arc, which will lead us into a brand new Batman And The Outsiders comic.
When I heard that James Robinson, acclaimed author of Starman, Cry For Justice, Trinity, and Wonder Woman, would be contributing a new Batman story before Peter J. Tomasi‘s permanent take over with issue #994, I got very excited.
Robinson is no stranger to Gotham City, or indeed to Detective Comics. The writer has previously penned critically acclaimed Bat stories for Batman: Legends Of The Dark Knight, as well as the brilliant “Face The Face” from ‘Tec #817-820 and Batman #651-654 (May – August 2006). When it was revealed that this new story was to be a sequel of sorts, my heart leapt with joy.
Sadly, for the first time in over 40 issues I’ve finally read an issue of this series which I really didn’t like much. 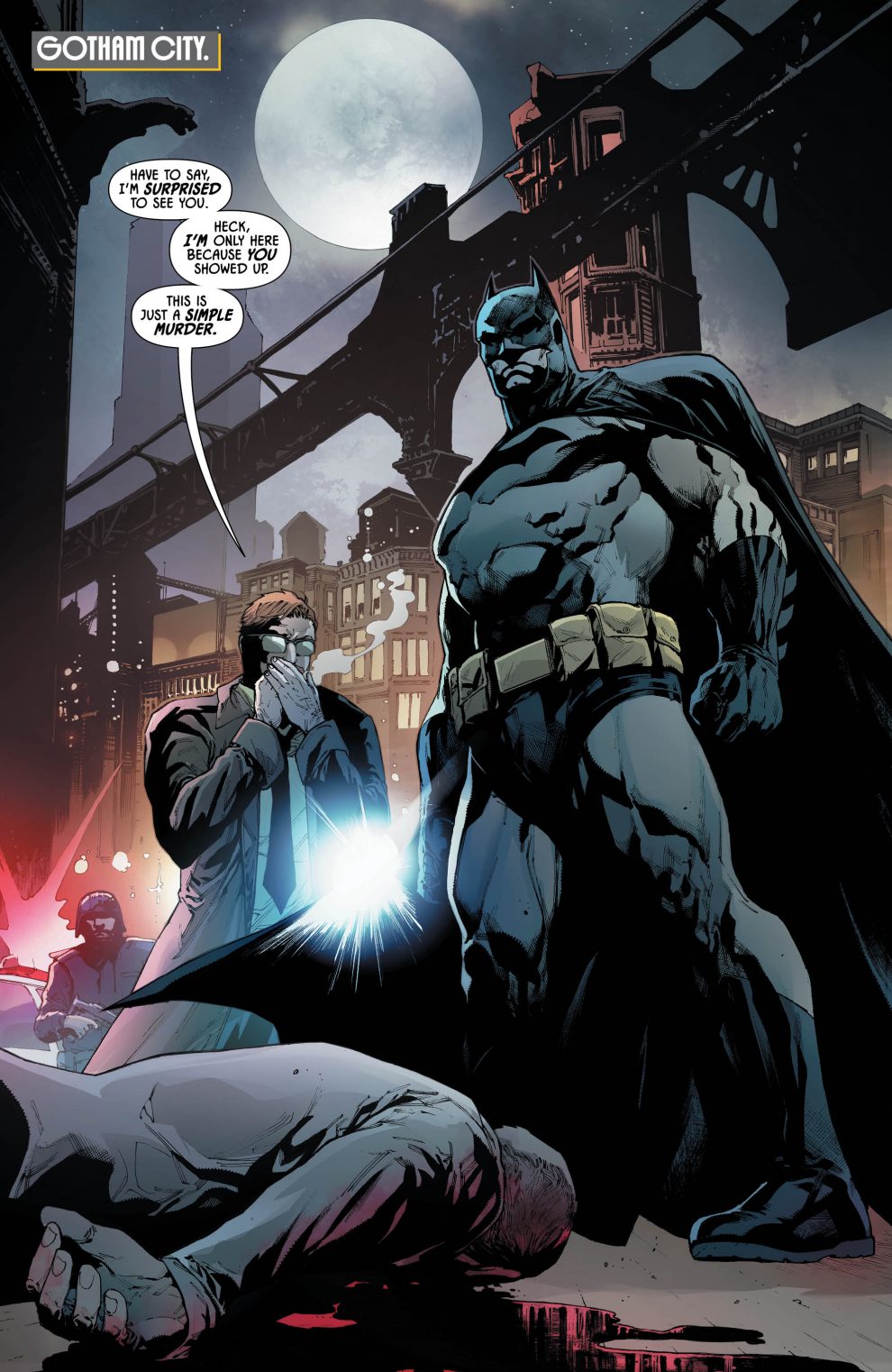 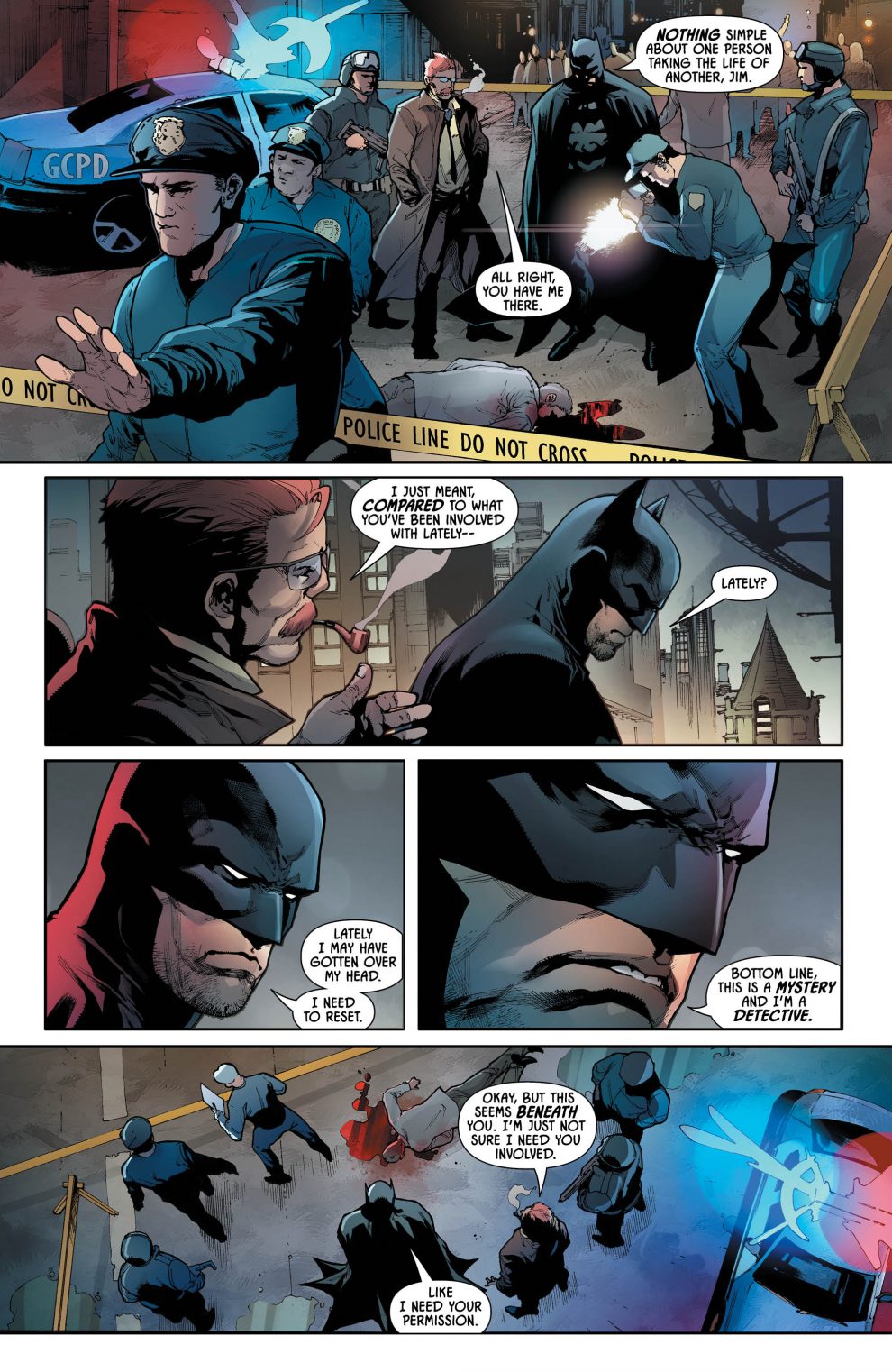 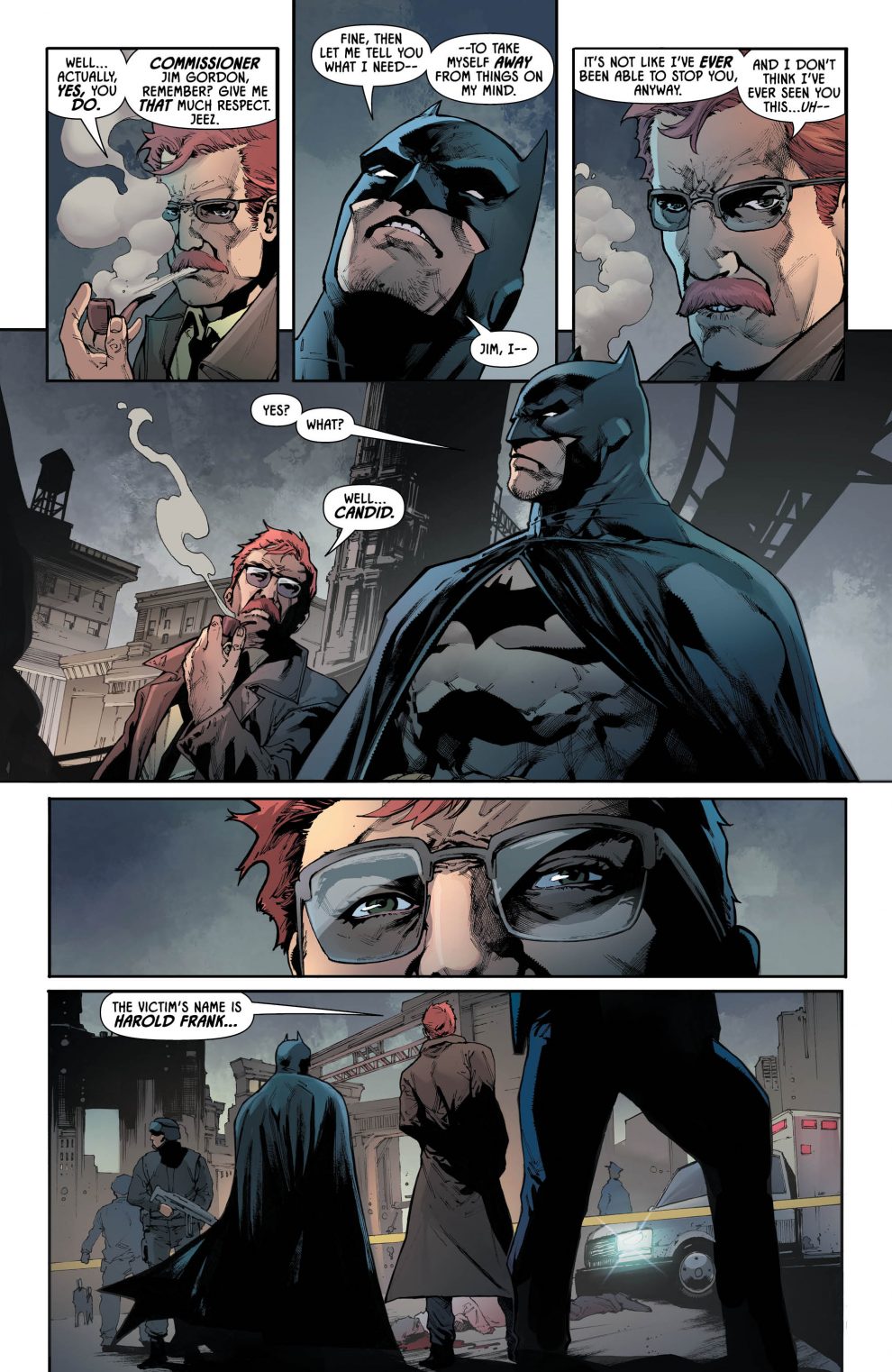 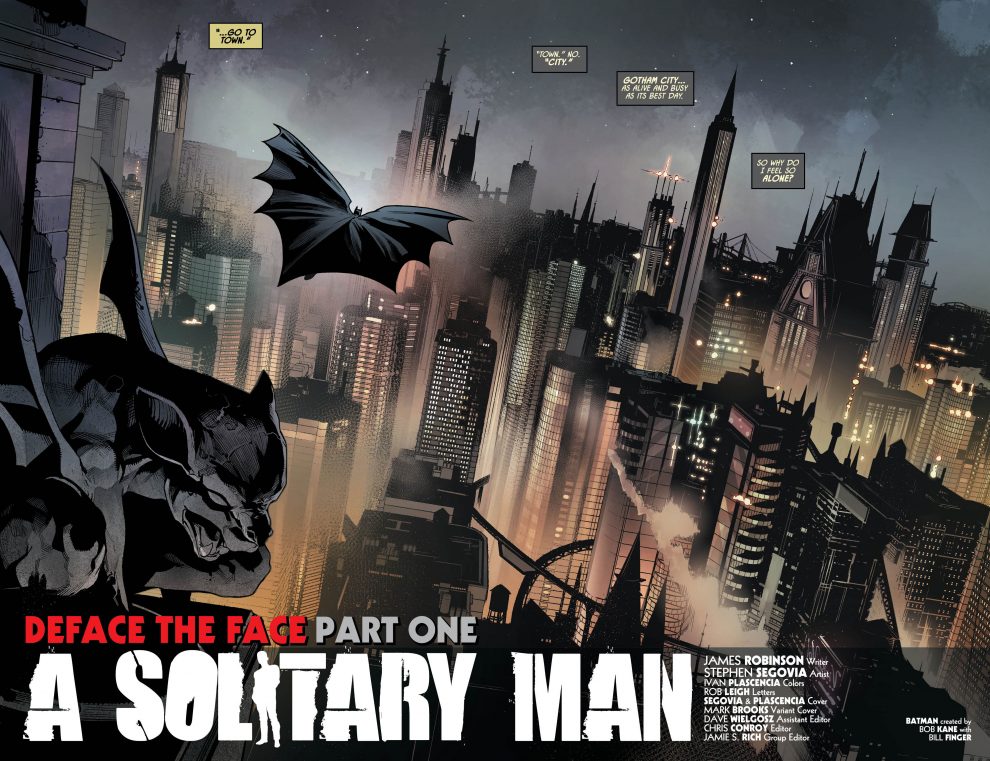 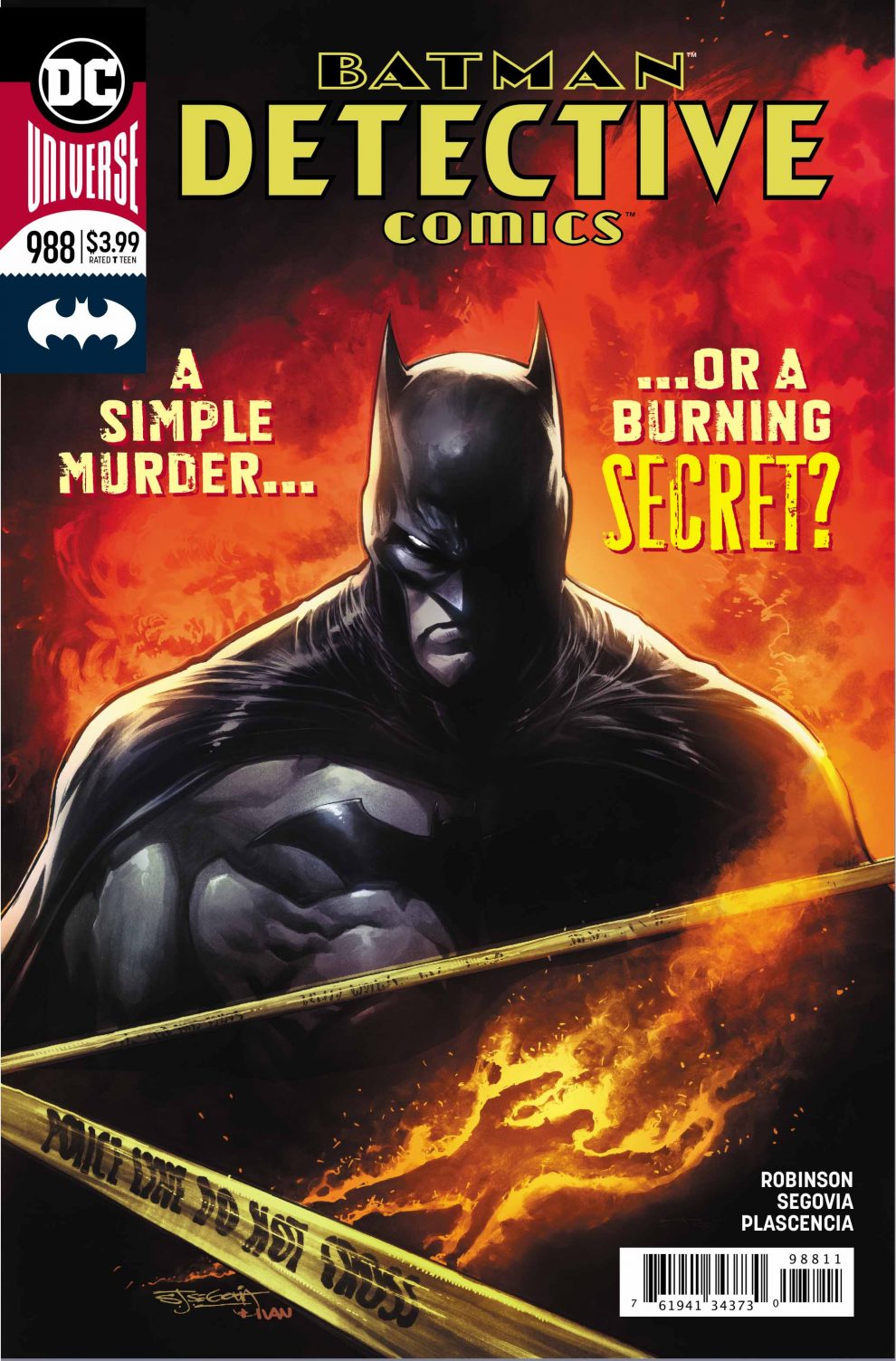 The Writing’s On The Wall

From the very first page this issue just felt… off. The dialogue between Jim Gordon and Batman is stilted, stale and totally out of character. Read the pages above to see what I’m talking about. There’s no way Commissioner Gordon would belittle the act of murder that way, and even less berate Batman for turning up at a crime scene. This is not how these two men talk to each other! This kind of dialogue would be groaned off any TV or cinema screen, and doesn’t belong in this excellent series.
The plot of a murder victim who isn’t quite what he seems is also like something out of any everyday TV cop show, and really not the kind of detective story that I was hoping for, or expecting. The surprise villain/s were OK, but seeing the covers for the book they really weren’t that much of a surprise either.
There is a scene further into the story which contains a lovely exchange between Bats and Alfred. This, for me, is the one writing highlight of the entire issue.

Thankfully the art was mostly excellent… mostly. Apart from the opening splash page, where Gordon’s legs should not fit the space left by the corpse covering them, and Batman has grotesquely swollen left shoulder, a hugely over proportioned “Package”, short stumpy legs and a right arm that’s waaayyy too long. Thankfully, throughout the rest of the issue Stephen Segovia’s drawings are beautifully rendered and lovely to look at. It is then exceptionally enhanced by the always brilliant color art of Ivan Plascencia. Rob Leigh does a grand job with the lettering too, but that’s just what Rob does.

No, this was not the auspicious return I was expecting. I’ve tried to be as diplomatic as I can, because these are hugely talented individuals.  I’m really hoping that this issue was just a hiccup, and that the rest of the arc will improve. I hate being negative, but I have to be honest. I give the art 4/5, but the writing just 2/5, which gives ‘Tec #988 a final score of: 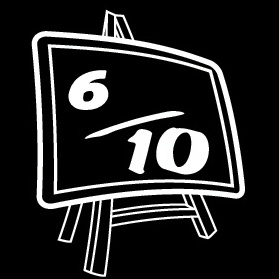