After her majesty arrived, I see now that she is a lot more narrow than my positive review made her out to be. I concede that Vraska may be better served as an engine in Sultai Muldrotha or Abzan tokens in future Standard, and doesn't hold quite the power I thought. For Commander play however she's still nutty.

Housekeeping aside, I bet you all wanna see new stuff. 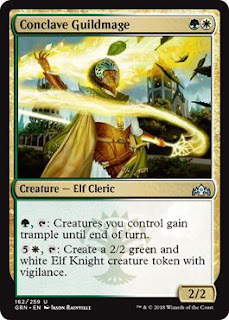 Next in the Guildmage cycle comes from the Selesnya. A reliable, late-game mana sink like this, to extend the board and buff the entire team can really swing a game for you in Draft. 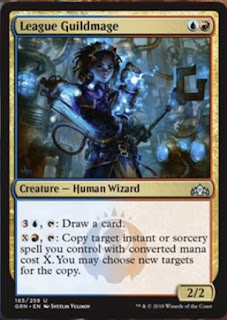 This little firecracker is okay I guess. She's not quite Azure Mage, but the ability to twin things, even something small in the limited environment could spell a quick turn for you. 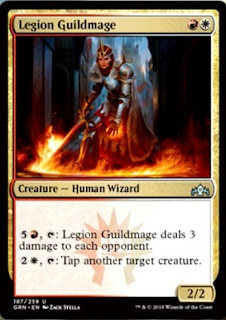 The last member of the new Guildmage cycle looks to bring some tempo to an otherwise aggressive limited deck. Tapping down rival attackers really stalls a game, while the burn can close out a game when your opponent establishes presence. 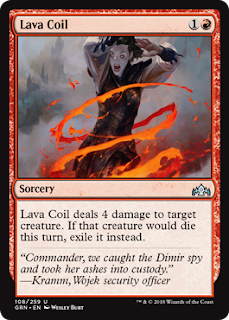 Well isn't this a handy dandy removal spell, very well timed to remove creatures not likely to die, thanks to Magma Spray leaving the Standard format. In its day, Incendiary Flow saw a lot of Standard play, exiling many Scrapheap Scroungers when the new set Kaladesh hit shelves in 2016. This will do a great job killing Rekindling Phoenix and things you don't want Muldrotha to eat. 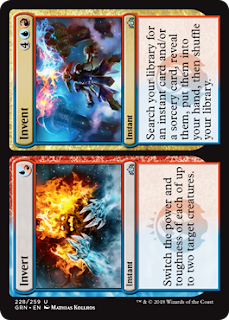 The uncommon Izzet split card has a lot of uses. Invent is a costly but welcome tutor that I think is probably better than Firemind's Foresight; especially at Instant speed. Now I know you're reading the Invert half, looking for the words 'until end of turn'. That was a small mistake on development's part. The clause is meant to be there, but it was forgotten before printing. We're all going to have to pretend it's there the same way we pretend it says 'another target artifact or creature' on Hostage Taker. 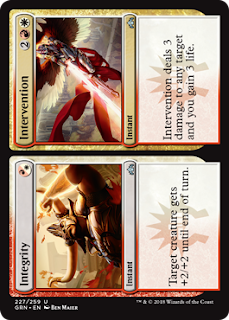 The Boros split card does a nice job proving the hybrid one seems to be a combat trick while the gold is value or removal. One mana for +2/+2 is very swinging in a Limited combat situation. Intervention is a pricey Lightning Helix, which is welcome removal at a Limited price tag. 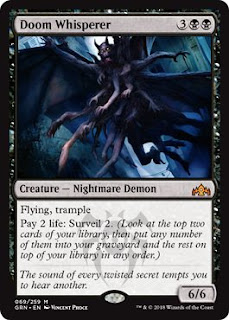 Lyra who? Seriously a 5 mana, 6/6 flying, trample demon that is inherent card selection. What world are we living in? Put this and creepy sphinx in Blue/Black control and I'll see you at the GP. 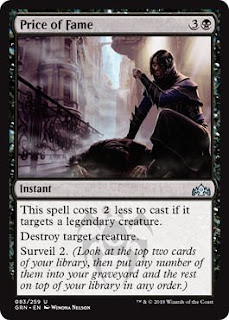 So you're telling me we're going from a Standard where all White players felt bad for losing their 5 mana Mega Angel to a Murder-Bolt, and now we're going to lose our Lyra's to even more efficient removal? Sure this doesn't see maindeck play in Standard play but it comes in against every White deck. Well played. 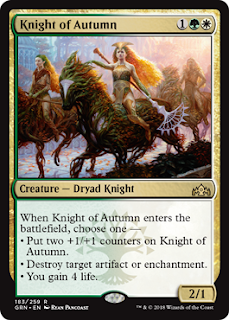 So this is what a wonderfully useful, toolbox creature looks like. This card WILL see play. Standard Green/White got another utility three-drop that may work nicely alongside Brontodon as a way to bust artifacts and enchantments or stem the bleeding against aggressive decks. Where the knight shines is Modern. It's at the right CMC to get picked by a Collected Company to break a Blood Moon or stem the bleeding against Burn. This card will see play for a long time. 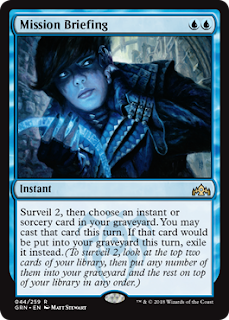 So Snapcaster Mage is one of the most important creatures in Modern because it's a body that lets you recycle a spell. Does removing the body make it stronger? Possibly, but I don't know if there's a deck that would utilise that part of it well, other than maybe Storm. Either way, I love this card. 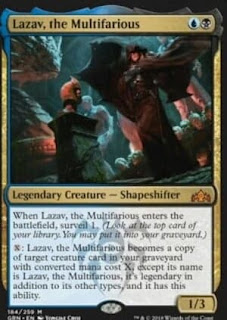 I don't care that he doesn't have hexproof anymore. He's two mana. He's two mana and he fixes on entry. Flicker him. In a Commander deck, the 99 is land, self mill, and toolbox creatures to turn him into a voltron commander that can rival Mairsil. Also turning him into an Invisible Stalker, then into a Souleater, then into something bigger than 10 power and boom. Deaded. Combo courtesy of The Professor.